We are pleased to announce that Professor Flavio Canavero has been appointed Section Editor-in-Chief for the section "Circuit and Signal Processing" of Electronics (ISSN 2079-9292). 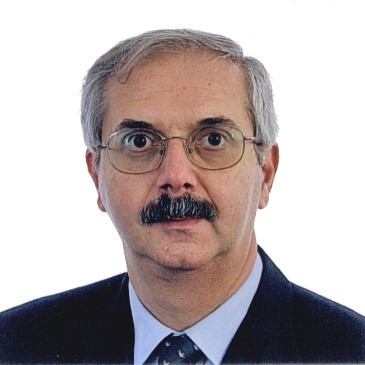 Flavio Canavero is Full Professor at the Department of Electronics and Telecommunications of Politecnico di Torino. He received his diploma in Electronics Engineering in 1977 from Politecnico di Torino, and his PhD in 1986 from Georgia Institute of Technology. He works in the area of circuits and systems theory, with special interest in signal integrity and EMC design issues. To date, he has authored or coauthored more than 300 papers published in international journals and conference proceedings.

During his scientific career, he has been involved in various service activities both at the level of his institution and for many international organizations. At Politecnico di Torino, he has been Director of the Electronics Department (1993–1999), Vice Rector for Organization (2001–2005), and Head of the Doctoral School (2012–2018). At the international level, he has been a member of the Steering Committee of the Council for doctoral Education (CDE) of the European University Association (EUA), a member of the Board of Directors of the IEEE EMC Society (2012–2015), and VP of Communication Services for the same Society. He has been the Editor-in-Chief of IEEE Transactions on Electromagnetic Compatibility (2004–2006) and the Technical Editor of the IEEE Electromagnetic Compatibility Newsletter. Between 2005 and 2008, he was the Chair of the International Union of Radio Science (URSI) Commission E (Noise and Interference). He has been also a Member of the IEEE Fellow Committee and of the IEEE Press Editorial Board. He has been the Organizer of the Workshop on Signal Propagation on Interconnects (SPI) during 2001–2003 and 2007. He is currently a Member of the Editorial Boards for several scientific journals and a Member of the Scientific Steering Committees of several International Conferences in the field of EMC and electrical performance of interconnects and packages.

For over a decade, he has been serving as Principal Investigator or Local Coordinator of several research projects supported by EU. In addition, he has been responsible for many research contracts with industrial companies globally.

Flavio Canavero is a Fellow of the Institute of Electrical and Electronics Engineers (IEEE) and a Fellow of the International Union of Radio Science (URSI). He has been the recipient of the prestigious Richard R. Stoddard Award for Outstanding Performance (the highest recognition of scientific merit bestowed by IEEE EMCS), and of the Honored Member Award of EMC Society (highest recognitions of service merit). He has been the recipient of IBM and Intel Research Awards; he was presented the award for the best paper contributed to the journal IEEE Transactions on Advanced Packaging for the year 2007, and has received several best paper awards for work presented at the following conferences: EMC Roma 1996, EMC-Zurich in Singapore 2006, EPEPS in Austin 2010 and San Jose 2013, EMC Europe in Angers (F) 2017, CEM in Paris (F) 2018, and SPI in Chambéry (F) 2019.

Some of his selected publications may be accessed at
https://iris.polito.it/browse?type=author&authority=rp19434&authority_lang=en&sort_by=2&order=DESC#.XlSGy_wRXIU.