We are pleased to announce that Professor Alessandro Gabrielli has been appointed as Associate Section Editor-in-Chief of “Microelectronics and Optoelectronics” in Electronics (ISSN 2079-9292). His term started at the beginning of February 2020. 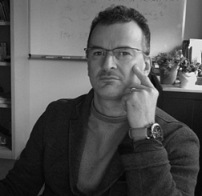 He was a Project Associate at CERN of Geneva in the years 2008-2010 (6 months cumulative), joining international projects on electro-optical radiation-hardened microelectronic devices for applications in LHC experiments at CERN.

He was a Visiting Professor at the Center for Human Space Robotics (Istituto Italiano di Tecnologia) in Turin, Italy, December 2012–May 2013. The research dealt with the design of wireless sensor read-out systems for space applications and radiation-resistant microchips. He also collaborated with the Istituto Nazionale di Fisica Nucleare (INFN), Italy; Brookhaven National Laboratory (BNL), USA; CERN of Geneva, Switzerland; and the Ratherford Appleton Laboratory (RAL), UK.

His research interests include electronics, microelectronics and, in particular, his recent work for the ATLAS Experiment at CERN of Geneva. He is in charge of the firmware design for high-speed digital off-detector acquisition systems.

He is the co-author of hundreds of scientific papers, visible in http://www.bo.infn.it/~gabriell/private/papers.html. The papers cover nuclear physics and electronic digital applications for high-energy physics experiments. Dr. Gabrielli has personally presented tens of talks at international scientific conferences.

He advised for many MA theses in physics and electronics, as well as a telecommunications PhD thesis for the ATLAS Experiment at CERN of Geneva.

He is member of the PhD board for Physics at the University of Bologna.