The “Journal of Functional Morphology and Kinesiology” Journal Club Series: Highlights on Recent Papers in Gait and Posture

Could Cupping Therapy Be Used to Improve Sports Performance?

It is common for athletes to try new treatments that may relieve pain, whether or not they are supported by scientific evidence. In 2009, athletes were seen wearing copper bracelets in the belief that it might improve their performance. In 2008 and 2012, Olympic athletes began to use colored adhesives known as Kinesio tape on their shoulders, backs, and upper and lower limbs. This “innovative” tape was developed more than 30 years ago by Japanese chiropractor Kenzo Kase, who aims to reduce pain and support muscles without restricting movement like other traditional sports tapes [1]. According to recent literature, the tape “alleviates discomfort and facilitates lymphatic drainage by microscopically lifting the skin” [2,3]. In the last Olympic games at Rio de Janeiro in Brazil, we noticed many athletes with large red circles all over their skin, including the 23-time Olympic gold-medal winner Michael Phelps, the greatest swimmer of all time (Figure 1). These circles are the marks of “Cupping Therapy”, a technique using suction cups that has its origins in traditional medicine that has been practiced throughout Asia for thousands of years in the treatment of pain and other complaints [4]. The most common method used is the open flame placed inside a glass cup, which creates a suction and/or negative pressure inside as the hot air cools. By creating suction & negative pressure, this therapy releases soft tissue, drains excess fluids and toxins, loosens adhesions, lifts connective tissue, and brings blood flow to stagnant skin and muscles. The cups can also be attached to a pump that creates suction, and red swollen welts appear where the cups were placed. It is used with one of several kinds of cups, such as bamboo cups, glass, or earthen cups, placing them on the desired acupuncture points on patients’ skin, with the purpose of curing the diseases [4]. Cupping therapy is an incredibly ancient and universal practice that spans both East and West. In the primitive shamanistic practices of all the world’s indigenous peoples, there were certain shamans who specialized in the sucking out of illness and infirmity from the body. In the East, the Chinese have been practicing the art of cupping for at least three thousand years [5]. In the West, cupping therapy had its birth in Egypt. The Ebers Papyrus, written around 1550 B.C.E., states that bleeding by wet cupping removes foreign matter from the body. In cupping, the ancient Egyptians saw the remedy for just about every disorder. The ancient Egyptians passed the art of cupping on to the ancient Greeks. From the ancient Greeks and Romans, through the Alexandrians and Byzantines, cupping therapy was passed on to the Muslim Arabs and Persians [6,7]. Some therapeutic cupping methods and case records of treatment were also described in early Chinese books. Zhao Xueming, a Chinese doctor practicing more than 200 years ago, completed a book named “Ben Cao Gang Mu Shi Yi”, in which he described in detail the history and origin of different kinds of cupping and cup shapes, functions, and applications [6]. As stated above, cupping also has a long history in Europe and in Arabic countries. In Europe, cupping therapy was customarily used by monastery practitioners and folk healers up to the 19th century for abscesses, and as a means of extracting poisons from bites made by man, apes, dogs, wild animals, or snakes [7]. In Islamic Medicine, there are basically two forms of cupping (called Hijama by the Muslims)—wet and dry—used for the treatment of every type of physical and mental disease [7].
The aim of this editorial is to deepen this interesting topic, little analyzed in the present literature, in order to explain the technique and deal with the evidence of the effects of cupping therapy in musculoskeletal disorders and some possible relation to sports performance.

Frequently, cupping practitioners utilize flaming heating power to achieve suction inside the cups to apply them on the desired part of the body. This basic suction method of cupping therapy is called retained cupping, which is most commonly used in Chinese clinics as the first kind of cupping [8]. Six other main kinds of cupping are practiced in China with different approaches. Bleeding cupping, for example, covers two steps: before the suction of the cups, practitioners make some small incisions with a triangle-edged needle or plum-blossom needle, firmly tapping the acupuncture points for a short time to cause bleeding. In moving cupping, practitioners control the suction by gently moving the cup in one direction; in empty cupping, the cups are removed after suction without delay; and in needle cupping, the practitioners apply the acupuncture first, then apply the cups over the needle. Cupping practitioners may also use other methods of suction, such as medicinal cupping with bamboo cups. Usually the cups and herbs are put into a deep pan with water and boiled together, after 30 min applying the cup suction on specific points using steam instead of fire. In water cupping, one third of a glass or bamboo cup is filled with warm water and the cupping process is pursued in a rather quick fashion [9,10]. Each kind of cupping therapy may be used for different diseases or for treatment different purposes, and recently also to improve sport performance (Figure 2). Cupping is widely used in China and in other European and Arabic countries (non-Chinese natural medicine); this issue substantially stimulated the development of further cupping research [11].
It is hypothesized that, with cupping therapy, “congested” blood is sucked out of the skin, thereby increasing blood and lymphatic circulation and relieving painful muscle tension [12,13]. Within the last years, interest in traditional cupping has arisen, and there is growing evidence that cupping might be effective in various pain conditions [14,15,16,17,18,19]. Authors found significantly reduced pain, functional disability, and pain medication in patients with low-back pain, three months after traditional cupping compared to standard care [16]. In a recent study, authors investigated the effect of traditional cupping in brachialgia parasthetica nocturna; that is, numb, tingling, and painful sensations in fingers or hands during the night [18]. A single treatment significantly reduced symptoms and the associated neck pain, and no adverse events were observed. In another investigation, authors found that a single traditional cupping treatment at the trapezius muscle was effective in relieving the symptoms of carpal tunnel syndrome as well as associated neck pain [19]. Cupping might further be effective in migraine and tension-type headache and postherpetic pain [8,20]. In the course of cupping treatment, blood and other interstitial fluids are drawn out from the skin by the vacuum. Traditional cupping is mainly used in patients with local blood congestion, swelling, and adhesions of the connective tissue in the neck region [15]. Cupping might therefore take the pressure off the tissue and relieve the neck area from these toxic congestions, which also increases circulation and lymphatic flow. Since circulation has been shown to be dysfunctional in chronic neck pain patients [15], cupping might restore normal circulation. Increased circulation in turn improves oxygen supply and cell metabolism, reducing the amount of inflammatory or toxic substances [15]. This might also explain the significant effects of cupping on pressure pain thresholds at pain-related areas. Muscle spasm, congestion, and restricted blood flow can cause ischemic pain [21]. Accumulated inflammatory substances in skin and tissue might further induce hypersensitivity to noxious stimuli [22], which is reflected by lowered pressure pain thresholds [23]. Since traditional cupping is supposed to evacuate toxins and inflammatory agents from the affected area and restore normal circulation, this might explain the local effects on pressure pain thresholds. The blood volume loss, together with the local vasodilation might further increase parasympathetic activity by somatosympathetic reflexes, which matches well with the observed self-reported relaxation.

There are different articles suggesting that there is insufficient high quality evidence to support the use of cupping therapy on relevant diseases, although quite a number of clinical studies have reported that cupping therapy might have effects on different pain conditions and common diseases. The current evidence is not sufficient to allow recommendation for clinical use of cupping therapy for the treatment of some diseases, because short- and long-term effects of cupping therapy are not currently known. Even if a single application of traditional cupping might be effective in the treatment of chronic non-specific neck pain, further studies are necessary to confirm these results, and to evaluate the effectiveness of cupping compared to standard treatments. Recently, some articles revealed that cupping therapy combined with other treatments (such as acupuncture or medications) showed significant benefit over other treatments alone in effecting a cure for different diseases. In conclusion, with this editorial, I would like to underline that cupping therapy could be used for various diseases/conditions. Studies in the literature on cupping therapy and sport performance are lacking, but based on the current literature, this kind of a trendy treatment is used to reduce muscle–joint inflammation and pain, and consequently increase physical performance during sport activity. Further investigations on the effects of traditional cupping therapy in different intervals of time, short- and long-term observations, physiology of pain, and the mechanisms of action of this treatment are needed before suggesting the possible use in clinical practice.

A special thanks goes to our Editorial Advisors, eminent scientists in these fields that, with their experience and important suggestions, guide us in this great enterprise; our excellent Editorial Board members whose depth of experience covers a very broad spectrum on morphology and kinesiology; the Assistant Editors that, day after day, thanks to their valuable contributions, make the growth of this journal and the peer reviewer. On behalf of the Editorial Board we appreciate the voluntary contribution that each peer reviewer gives to maintain the high standard in his or her role for this journal and to ensure rapid publication. I sincerely thank them in advance for offering their precious time for the participation in the review process. 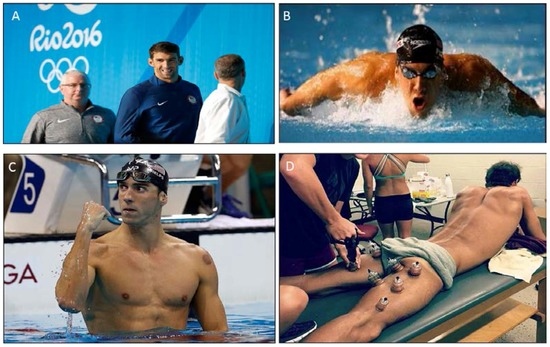 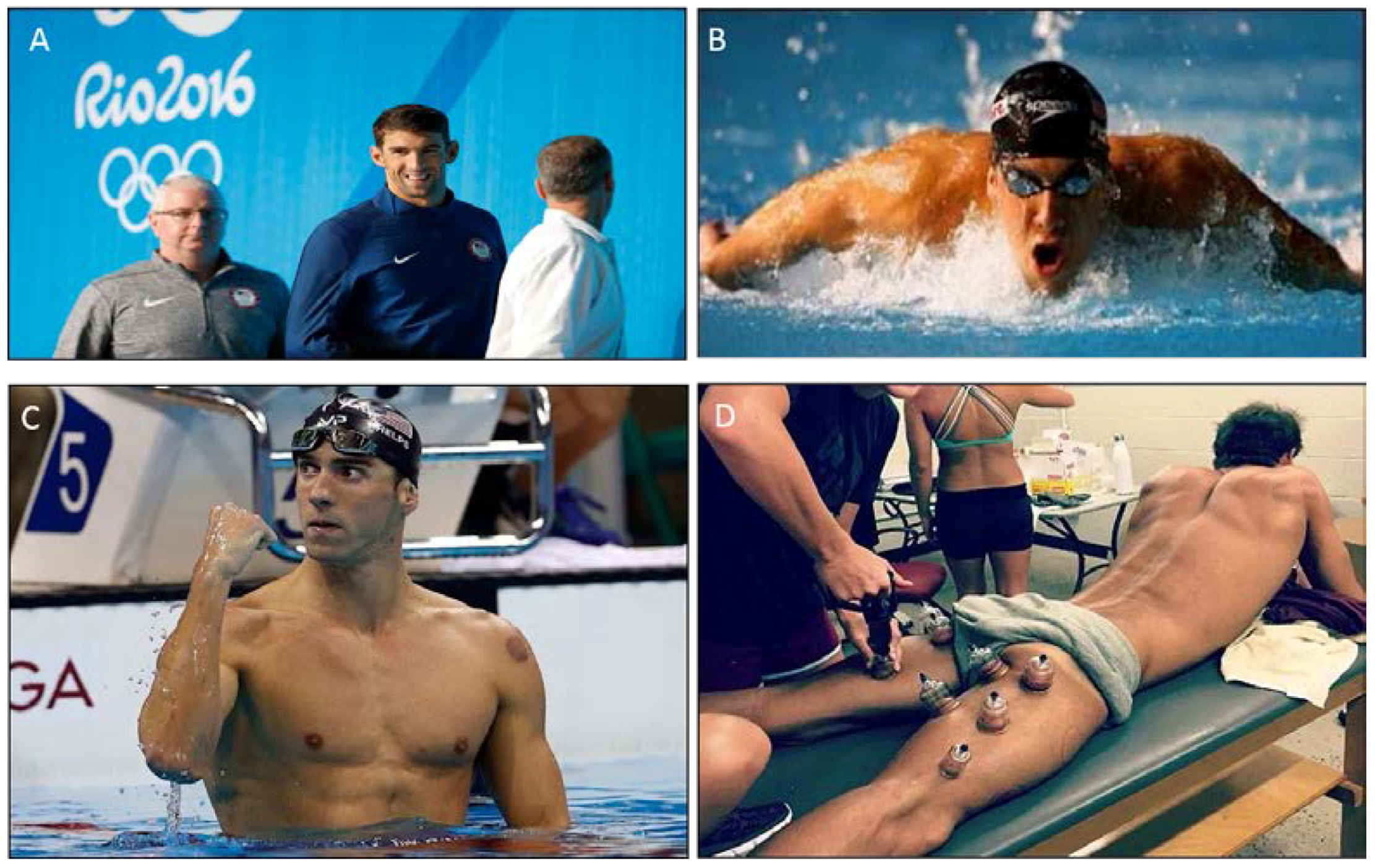 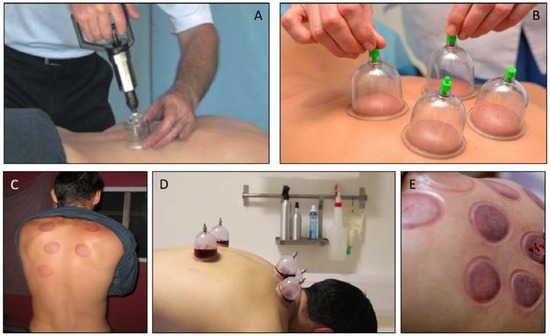