Integrated Treatment of PTSD and Substance Use Disorders: The Mediating Role of PTSD Improvement in the Reduction of Depression

Data for these analyses were derived from two recently-completed clinical trials that tested combined (behavioral and medication) and integrated cognitive-behavioral treatments for co-occurring PTSD and substance use disorders. Trial 1 compared Seeking Safety + Sertraline (SS + S) to Seeking Safety + Placebo (SS + P; see Hien et al. [41] for complete details on the procedures). Trial 2 compared Concurrent treatment with Prolonged Exposure therapy (COPE), Relapse Prevention Therapy (RPT) and an Active Monitoring Control Group (AMCG; see Ruglass et al. [42] for complete details on the procedures). Participants were randomly assigned to each treatment condition. Ethical approval was obtained for each of the clinical trials (Clinical Trials Registration: clinicaltrials.gov Identifier: NCT00262223 and NCT01365247) from which these data were drawn. All participants signed written informed consents approved by the institutional review board. Only participants who received active cognitive-behavioral treatments were included in these analyses. Participants who were randomized to the AMCG were excluded because they did not receive a cognitive-behavioral treatment intervention. We also excluded participants whose primary substance use disorder was cannabis use disorder (n = 9), since our primary question pertained to the impact of cannabis use on other primary substance use disorders. Of the 136 participants included in this analysis (out of 179), 32 participants used cannabis in the seven days prior to baseline and were included in the cannabis use group. The mean age of cannabis users was 41.63 years (SD = 9.38); approximately 66% were male; and average years of education were 13.08 (SD = 1.08). Nonusers had a mean age of 44 years old (SD = 9.18); approximately 42% were males; and they completed 13.28 years of education (SD = 2.52), on average. There were no significant differences in age (t = 1.273, p = 0.205), race/ethnicity distributions (χ2 = 5.12, p = 0.163), level of education (t = 0.426, p = 0.671) and level of employment (χ2 = 5.12, p = 0.402) between the cannabis users and nonusers. The cannabis user group was composed of significantly more males than nonusers (χ2 = 5.33, p = 0.021) and was more likely to have a cocaine use disorder than nonusers (χ2 = 4.686, p = 0.030). Nonusers were more like to have an alcohol use disorder compared to cannabis users (χ2 = 7.847, p = 0.005). See Table 1 for a summary of participants’ characteristics by cannabis use.

Trial 1: Seeking Safety (SS) [43] is a manualized 12-week intervention, which applies cognitive-behavioral strategies to the goals of attaining abstinence from substances and decreasing PTSD. It was delivered in a 12-session, 60-min weekly individual format by four experienced (Ph.D. or licensed clinical social worker (LCSW) level) research therapists who underwent rigorous training in the Seeking Safety protocol. Participants had up to 14 weeks to complete all 12 sessions. The content of each session was structured to provide a theme relevant to both substance use disorders and PTSD, and a specific cognitive-behavioral therapy (CBT) skill to learn. Medication: Matching capsules contained sertraline or placebo, as well as riboflavin to assess medication adherence. Compliance was also monitored by pill count. Participants receiving sertraline started on 50 mg daily and titrated up to 200 mg daily over a 2-week period. Participants continued on their full sertraline dose until the end of the trial and were tapered after unblinding. Responders were offered the option to remain on medication.
Trial 2: Concurrent treatment with Prolonged Exposure (COPE) is a 12-week intervention that integrates the empirically-supported models of prolonged exposure for PTSD [44] and RPT for SUD [45,46]. Participants had up to 14 weeks for treatment completion. Sessions 1 to 3 focused on goal-setting, psychoeducation and cognitive-behavioral strategies. To address behavioral avoidance and fear associated with trauma memories, in vivo and imaginal exposures began in Sessions 4 and 5, respectively, and continued until Session 11. Relapse prevention strategies were integrated with the prolonged exposure sessions during each 90-min session. Participants recorded progress of exposure exercises, substance use cravings and use of coping skills. Relapse Prevention Therapy (RPT) [45,46] is a cognitive-behavioral SUD intervention that focuses on coping strategies to effectively manage situations that increase the risk of relapse. Psychoeducation, role-playing and active problem-solving exercises are combined with at-home assignments and geared towards increasing participants’ self-efficacy in preventing relapse.

Demographics: In both trials: age, sex, race/ethnicity, education, marital status, employment pattern and income were collected during the baseline interview.
Psychiatric and alcohol/substance use disorder diagnoses: In both trials, the Structured Clinical Interview for DSM-IV for Axis I Disorders (SCID-I) [47] was administered at baseline and follow-ups to assess current Alcohol Use Disorder (AUD) and Substance Use Disorder (SUD) diagnoses, age of AUD/SUD onset and the presence of any other current or past anxiety, mood or psychotic disorders. Axis II (personality) disorders were not assessed. AUD/SUD diagnoses were considered current if diagnostic criteria were met in the prior six months. The SCID-I has demonstrated high interrater reliability [47].
PTSD symptom severity: In both trials, the Clinician-Administered PTSD Scale (CAPS) [48] was used at baseline and follow-ups to measure symptom severity in the previous 30 days. The scale consists of the Re-Experiencing, Avoidance/Numbing and Hyperarousal symptom cluster subscales. The frequency and intensity scores for each symptom cluster subscale are summed to obtain an overall total scale score. The CAPS total scores ranges from 0 to 136. Higher scores indicate greater severity. Clinical assessors received formal training in administering the CAPS. The Modified PTSD Symptom Scale Self-Report (MPSS-SR) [49] was used weekly during treatment to assess self-reported symptom severity in the previous 7 days. Although the instruments have different ranges, both yield a total score comprised of the sum of frequency and intensity ratings of each of the 17 DSM-IV-TR PTSD symptoms. Psychometric studies of the MPSS-SR with similar comorbid PTSD + SUD treatment samples demonstrated its high concurrent validity with the CAPS and suggest that it is a reliable tool for monitoring PTSD symptoms [50].
Substance use: In Trial 1, The Timeline Follow-Back (TLFB) [51] was used to assess alcohol use patterns at baseline, weekly during the trial and all follow-ups. Participants retrospectively estimated their daily alcohol consumption in the previous 30 days with a detailed calendar to help orient them toward patterns in their drinking and specific episodes of erratic or binge drinking. TLFB has demonstrated good reliability as an instrument for the estimation of daily alcohol consumption [52].
In Trial 2, primary SUD diagnosis was based on a number of dependence criteria from the SCID-I. The Addiction Severity Index-Lite (ASI-Lite) [53,54], a semi-structured clinical interview, was used to assess the frequency of primary substance use in the previous 30 days at baseline and follow-ups. The ASI-lite had demonstrated good reliability and validity as a measure of the frequency of substance use and associated consequences [54].
In both trials, the Substance Use Inventory (SUI) [55] was used to assess self-reported frequency of days of cannabis use in the previous 7 days at baseline, weekly during the trial and all follow-ups. 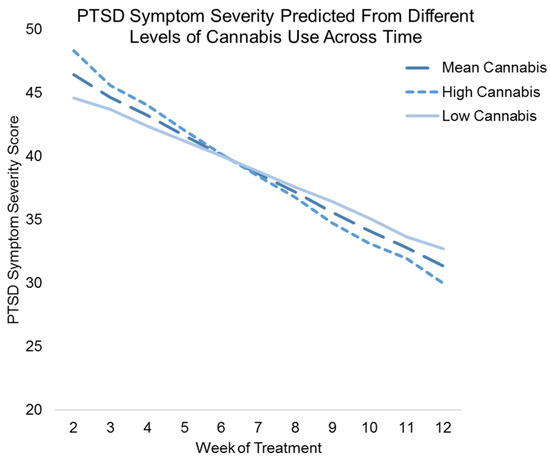 Table 2. Correlations between study variables.
1 CAPS = Clinician-Administered PTSD Scale; ** p < 0.01, results are based on 1000 bootstrap samples; ‡ number of days of primary substance use in past 30 days; † number of days of use in the past 7 days.

Table 3. Exponentiated regression coefficients for models examining the association of cross-lagged weekly cannabis use on primary substance use.
Note: This model was specified with a negative binomial distribution. Negative binomial regression coefficients are expected differences in log counts. All coefficients presented here are exponentiated. When exponentiated, the intercept represents an expected count of days of primary substance use (when time = 0), and the slope represents a ratio of expected counts or an incident rate ratio. All predictors are also interpreted as ratios of expected counts or incident rate ratios (IRRs). For example, the IRR of 0.74 for lagged cannabis use is interpreted to mean that a one-unit change in lagged cannabis use was associated with a 26% lower expected count of primary substance use (when all other predictors were held constant). Sex was coded dichotomously with males equal to 0, while age was mean centered. *** p < 0.001.

Table 4. Exponentiated regression coefficients for models examining the association of cross-lagged primary substance use on weekly cannabis use.
Note: This model was specified with a negative binomial distribution. Negative binomial regression coefficients are expected differences in log counts. All coefficients presented here are exponentiated. When exponentiated, the intercept represents an expected count of days of cannabis use (when time = 0), and the slope represents a ratio of expected counts or an incident rate ratio. All predictors are also interpreted as ratios of expected counts or incident rate ratios (IRRs). For example, the IRR of 0.86 for lagged primary substance use is interpreted to mean that a one-unit change in lagged primary substance use was associated with a 14% lower expected count of cannabis use (when all other predictors were held constant). Sex was coded dichotomously with males equal to 0, while age was mean centered. ** p < 0.01; *** p < 0.001.