Early Detection of Hepatocellular Carcinoma: How to Screen and Follow up Patients with Liver Cirrhosis According to the GERMAN S3 Guideline?
Next Article in Special Issue

Beyond Screening: Can the Mini-Mental State Examination be Used as an Exclusion Tool in a Memory Clinic?

Using a combination of the Hopkins Verbal Learning Test (HVLT) and the Mini-Mental State Examination (MMSE), we investigated the prevalence of possible dementia (DEM) in community-dwelling elderly in Shanghai. Subsequently, we investigated significant risk factors for DEM and generated a DEM self-checklist for early DEM detection and case management. We found that among a total of 521 participants using a HVLT cut-off score of <19 and a MMSE cut-off score of <24, a total of 69 DEM cases were identified. Risk factors, such as advanced age (≥68 years), low education (no or primary level), self-reported history of hypertension, and self-reported subjective memory complaints (SMC) were significantly predictive of DEM. The presence of ≥3 out of four of the above mentioned risk factors can effectively discriminate DEM cases from non-DEM subjects. View Full-Text
Keywords: prevalence; dementia; risk factors prevalence; dementia; risk factors
►▼ Show Figures 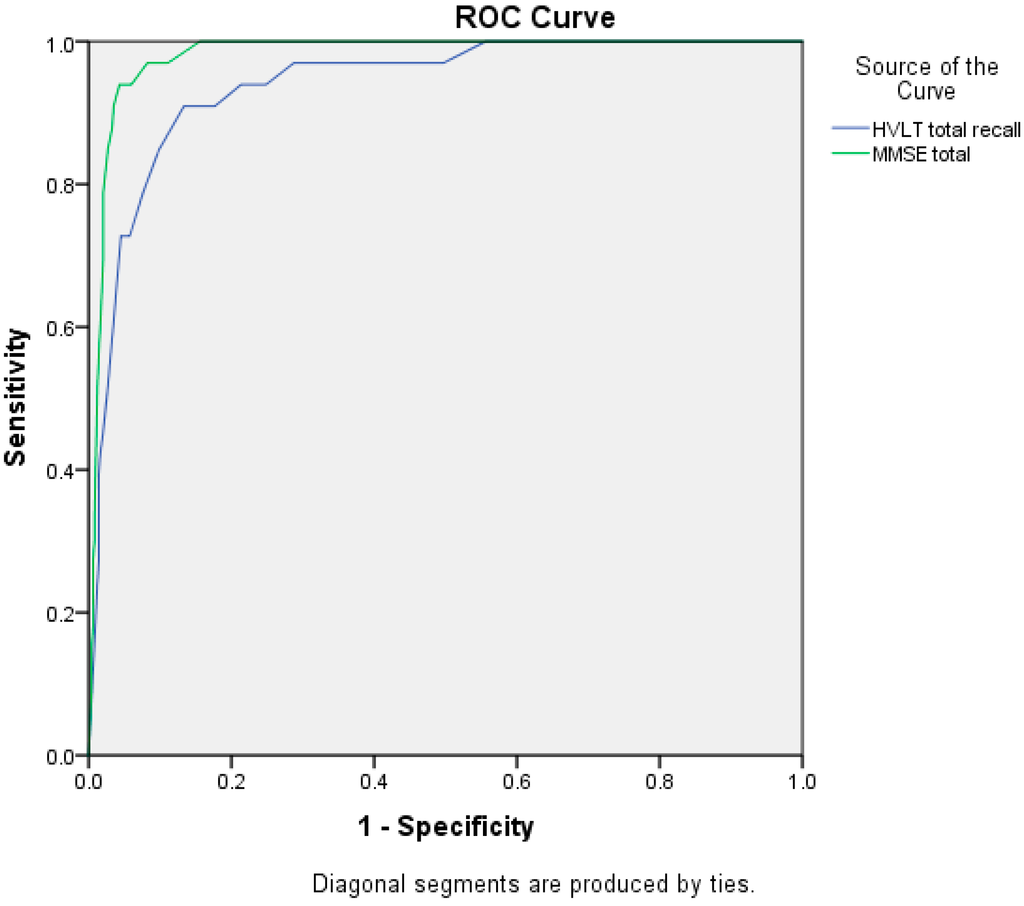