2. Method of Measuring the Mismatch of Parasitic Capacitance

2.2. Theory of Measuring the Mismatch

In the closed-loop system of a MEMS capacitance accelerometer, there is electrostatic force between fixed plates and proof mass that balances the inertial force caused by acceleration [13], and the proof mass is not at the geometrical center for the mismatch of parasitic capacitance. Figure 2 shows a working diagram of the sensor.
Considering the process variation and parasitic capacitance, the electrostatic force of the proof mass is: where and are the relative and absolute dielectric constant respectively, is the overlapped area of capacitance, is the modulated voltage, is the feedback voltage, is the pre-load voltage, is the average gap between electrodes, is the gap deviation due to process variation, and is the bending value of the beam due to the mismatch of effective and parasitic capacitance.
In general, and are far smaller than , and then, Equation (1) can be simplified to: where the bending value consists of brought by the mismatch of effective capacitance and brought by the mismatch of parasitic capacitance, so . Substituting this equation to Equation (2), the electrostatic force can be expressed as: where is called electrostatic stiffness.
In the closed-loop system, there is the force balance for the proof mass: where is the stiffness of the beam, is the inertial mass of the proof mass, is the external acceleration, and is the residual stress. Replacing Equation (3) into Equation (4), the formula of force balance can be expressed as: where . When the input acceleration is unchanged, the parameter can be considered as a fixed value. When the input acceleration and offset are small, is far smaller than , so Equation (5) can be simplified to:
For the digital acquisition system, the left portion in Equation (6) can be transformed to where is digital output which unit is LSB, is the scale of accelerometer which unit is LSB/g and is local gravity acceleration. Then, Equation (6) can be transformed to:
Equation (7) can be transformed to: where is dependent variable, is independent variable, is linear coefficient and is intercept which is a fixed value.
Equation (8) shows that the relationship between output of electrostatic force and the square of pre-load voltage is linear. Thus, we can make a curve with as y-axis and as x-axis, and then, a linear fitting of the curve is made. Lastly, the mismatch of the parasitic capacitance can be obtained from the linear coefficient through the equation: where can be calculated through the obtained scale of the closed-loop system. Meanwhile, we can get the offset and the deviation from geometrical center due to the mismatch of parasitic capacitance.

Measuring tests have been done with closed-loop MEMS accelerometer to verify this novel method and two applications with this method are present. The measuring work were implemented on a printed circuit board (PCB) with discrete component, interfaced with a packaged sensor using ceramic shell and bond wire. The senor is fabricated with bulk silicon process and the structure is comb finger. The control system is achieved by analogue circuit and the analogue output is digitally acquired through Analog to Digital Convert (ADC) and Field Programmable Gate Array (FPGA) chip. The full-scale range of the accelerometer is 30 g, and the noise is 10μg/√Hz. In this system, the parasitic capacitances originate from the sensor, the ceramic shell, the bond wire and the PCB circuit. In our designed accelerometer, this mismatch commonly leads in an offset of several hundred mg that severely deteriorates the performance of accelerometer.

In the verification experiment, the accelerometer is placed on the marble platform and the input acceleration is about 0 g which purpose is to make the external acceleration stable and the output very small. This step can improve the accuracy of the measurement. Because the pre-load voltage goes through voltage follower and resistance, and then reaches the node of proof-mass, so, the pre-load voltage does not directly connect to this C/V node. We draw out a line from the node of pre-load voltage that did not change the output. Then, the pre-loaded voltage of the accelerometer is changed, and the scale is tested through turning the accelerometer. The changed pre-loaded voltage, the digital output and the scale are record. Table 1 contains the measuring data with different pre-loaded voltage.
Using these recorded data, we make a figure by taking as x-axis and as y-axis as shown in Figure 3, and a linear fitting of the curve is made.
The R2 of the linear fitting is 0.9999 which shows highly linear correlation between and . The strong linear relationship validates the theory of formula deduction. From the linear fitting formula, the linear coefficient can be obtained which is −1.98205 × 10−8. Through calculation according to this number, the bending value of the beam owing to the mismatch of parasitic capacitance which is also the deviation from the geometrical center is −13.48 nm. It should be noted that the bending value of the beam is a vector. That is to say it can be positive or negative. The bending direction of the beam depends on the sum of and , and the minus sign of this indicates that the beam bends to the bottom plate, owing to the mismatch of parasitic capacitance. Correspondingly, the mismatch of parasitic capacitance is −69.372 fF and the offset caused by the mismatch is 219 mg.

This paper describes a novel method for measuring the mismatch of parasitic capacitance in MEMS capacitive accelerometer. The strong linear relationship between output of electrostatic force and the square of pre-load voltage is validated by the theory and experiment. The total equivalent mismatch of parasitic capacitance can be obtained precisely and conveniently through regulating electrostatic stiffness with changing the pre-loaded voltage. The results can be used in the design and electrical adjusting for decreasing the influence of the mismatch that is helpful for improving the performance of accelerometer, and the temperature characteristics of the mismatch and the self-calibrating technique of eliminating the mismatch can be further studied with this method. 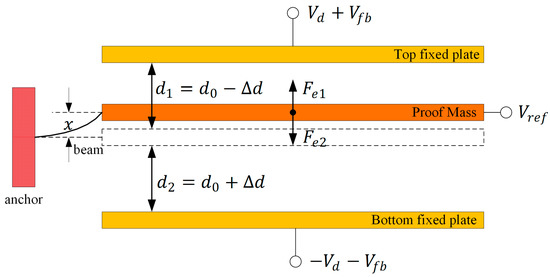 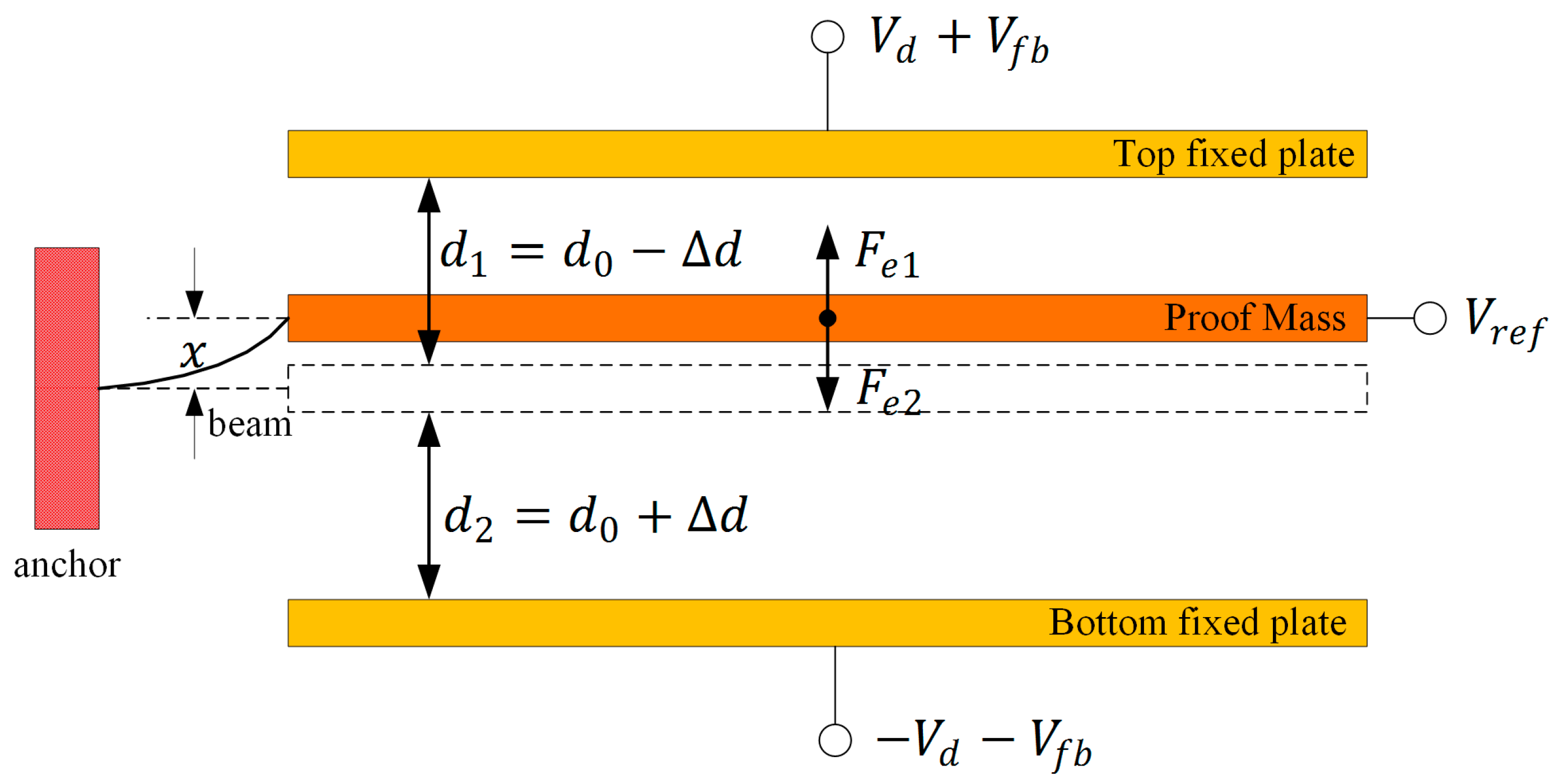 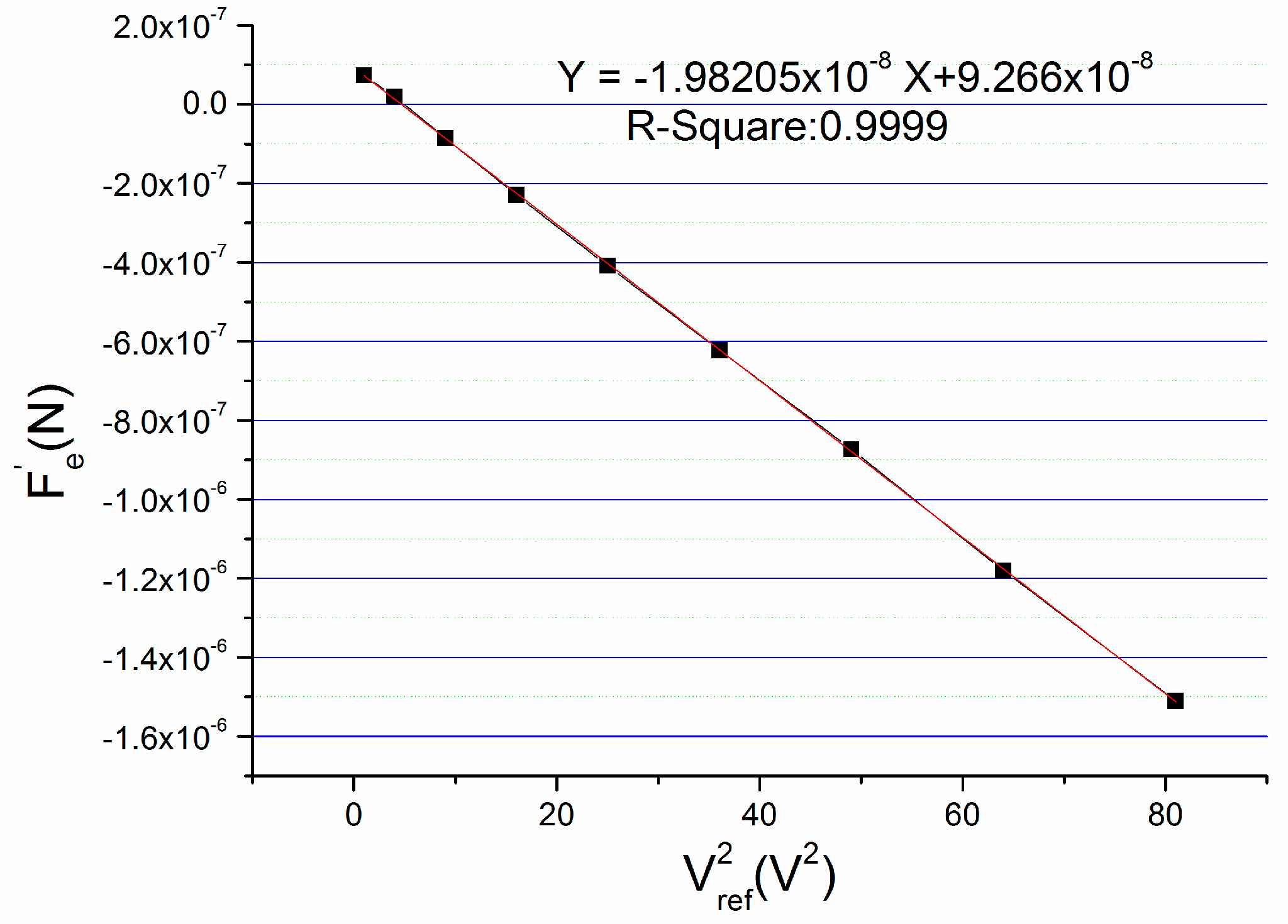 Table 2. Mismatch of different sensors on same board.
Table 2. Mismatch of different sensors on same board.
© 2018 by the authors. Licensee MDPI, Basel, Switzerland. This article is an open access article distributed under the terms and conditions of the Creative Commons Attribution (CC BY) license (http://creativecommons.org/licenses/by/4.0/).
We use cookies on our website to ensure you get the best experience. Read more about our cookies here.
Accept
We have just recently launched a new version of our website. Help us to further improve by taking part in this short 5 minute survey here. here.
Never show this again