A comprehensive study of the electrical and physical characteristics of Lanthanum Aluminate (LaAlO3) high-dielectric-constant gate oxides for advanced CMOS devices was performed. The most distinctive feature of LaAlO3 as compared with Hf-based high-k materials is the thermal stability at the interface with Si, which suppresses the formation of a low-permittivity Si oxide interfacial layer. Careful selection of the film deposition conditions has enabled successful deposition of an LaAlO3 gate dielectric film with an equivalent oxide thickness (EOT) of 0.31 nm. Direct contact with Si has been revealed to cause significant tensile strain to the Si in the interface region. The high stability of the effective work function with respect to the annealing conditions has been demonstrated through comparison with Hf-based dielectrics. It has also been shown that the effective work function can be tuned over a wide range by controlling the La/(La + Al) atomic ratio. In addition, gate-first n-MOSFETs with ultrathin EOT that use sulfur-implanted Schottky source/drain technology have been fabricated using a low-temperature process. View Full-Text
Keywords: LaAlO3; high-k; gate dielectrics; metal gate; MOSFET; schottky source/drain; EOT; direct contact LaAlO3; high-k; gate dielectrics; metal gate; MOSFET; schottky source/drain; EOT; direct contact
►▼ Show Figures 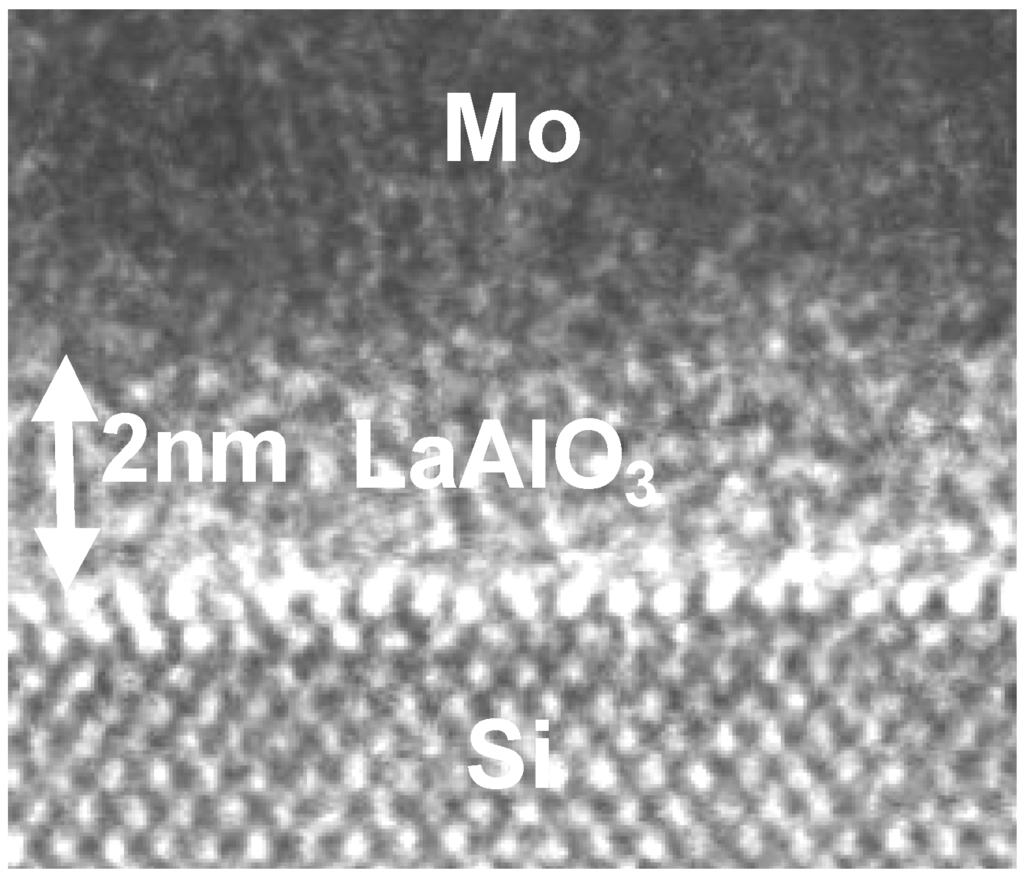