We are pleased to announce the winners of the Best Poster and Oral Communication Awards, sponsored by the International Journal of Molecular Sciences (IJMS) at the 8th workshop of the European Calcium Society (ECS) “Calcium Signaling in Aging and Neurodegenerative Diseases” in Coimbra, Portugal, on 18–20 September 2019.

The editorial team of IJMS would like to congratulate the winner of the Best Poster Award at the 8th ECS Workshop “Calcium Signaling in Aging and Neurodegenerative Diseases”, Dr. Riccardo Filadi (University of Padova, Italy). 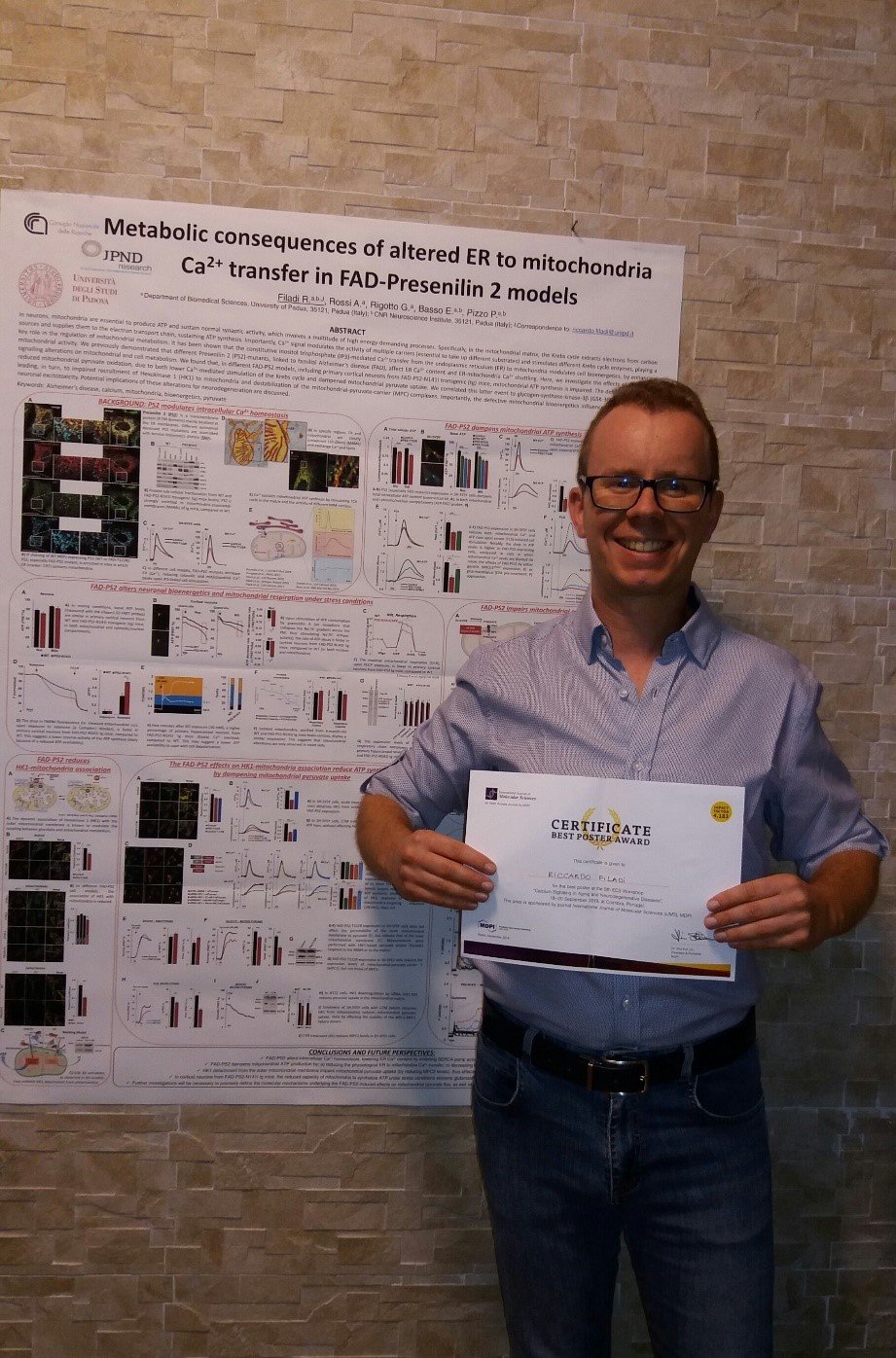 The title and introduction of Dr. Riccardo Filadi’s work are presented below:

The Riccardo Filadi group has previously demonstrated that different Presenilin 2 (PS2)-mutants, linked to familial Alzheimer’s disease (FAD), affect ER Ca2+ content and ER-mitochondria Ca2+ shuttling. In this work, the effects of these Ca2+-signalling alterations on mitochondrial and cell metabolism were investigated. In different FAD-PS2 models, including primary cortical neurons from FAD-PS2-N141I transgenic (tg) mice, mitochondrial ATP synthesis was found to be impaired. The defect depends on reduced mitochondrial pyruvate oxidation, due to both lower Ca2+-mediated stimulation of the Krebs cycle and dampened mitochondrial pyruvate uptake. We correlated this latter event to glycogen-synthase-kinase‑3β (GSK-3β hyper-activation, leading, in turn, to impaired recruitment of Hexokinase 1 (HK1) to mitochondria and destabilization of the mitochondrial-pyruvate-carrier (MPC)-complexes. Importantly, the defective mitochondrial bioenergetics influences glutamate-induced neuronal excitotoxicity.

The editorial team of IJMS would like to congratulate the winner of the Best Oral Communication Award at the 8th ECS Workshop “Calcium Signaling in Aging and Neurodegenerative Diseases”, Dr. Tito Cali (University of Padova, Italy). 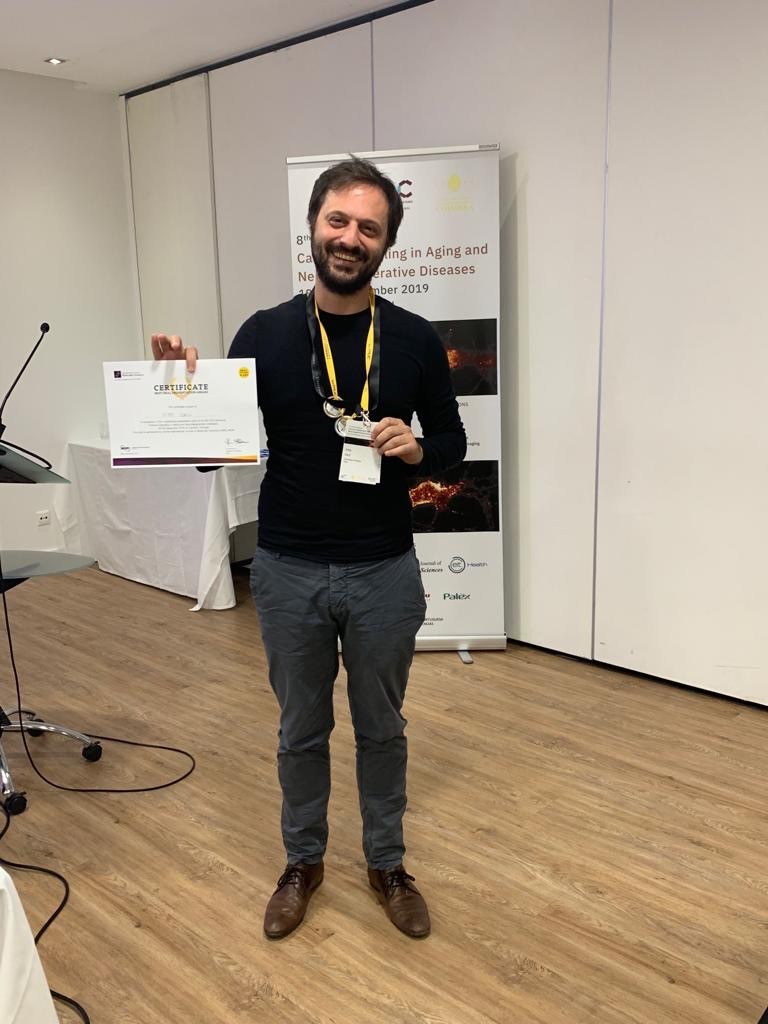 The title and introduction of Dr. Tito Cali’s work are presented below:

Tito Cali and colleagues have designed modular, split-GFP based contact site sensors (SPLICS) engineered to fluoresce when narrow (10 nm) and wide (50 nm) juxtapositions between organelles are present. SPLICS enable the exploration of the dynamic nature of the ER-mitochondria interface in the axon of zebrafish sensory neurons and in dendrites and soma of rat primary hippocampal neurons. Thanks to these new-generation sensors the mechanisms and the dynamic nature of organelle contact sites can be explored in health and disease.