Globally, a substantial proportion of existing indigenous and naturalized foods are often neglected thereby narrowing the food-base available to humans. The current study explored the use and contribution of indigenous and naturalized plants to the households’ food-pool among 12 communities in the North West Province of South Africa. An ethnobotanical survey was conducted among 133 rural households across the 12 selected communities from the four district municipalities in North West Province, South Africa. We analyzed the utilization patterns for 31 selected indigenous and naturalized plants (grains, fruits, and vegetables) among the 133 households using two ethnobotanical indices. In reference to the checklist of 31 plants, the sampled households utilize approximately 94% (29) as staple foods, beverages, fruits and fodder. Sorghum bicolor, Vigna unguiculata, Amaranthus sp., Sclerocarya birrea, Persea americana, and Mimusops zeyheri were among the top-six plants based on the Relative Frequency of Citation (RFC, 40–83%). In terms of the different crop-types, Sorghum bicolor (grain), Amaranthus sp. (vegetable), and Sclerocarya birrea (fruit) were the top-ranked plants based on the Species Popularity Index (SPI, 0.53–0.83) among the participants. Overall, there is a need for a renaissance of indigenous and naturalized plants, which has the potential to encourage rural farmers to further embrace the cultivation of these plants on a larger scale so as to enhance food security in the rural communities. View Full-Text
Keywords: ethnobotanical survey; food security; fruits; grains; legumes; vegetables ethnobotanical survey; food security; fruits; grains; legumes; vegetables
►▼ Show Figures 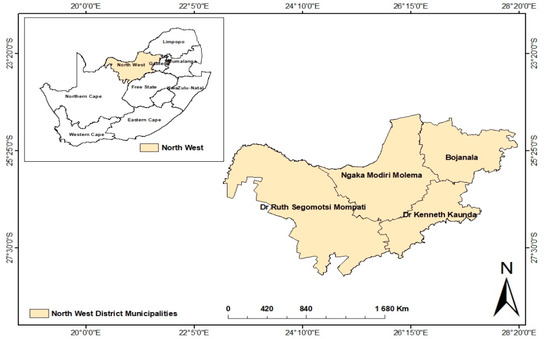