The direction of arrival (DOA) estimation problem as an essential problem in the radar system is important in radar applications. In this paper, considering a multiple-input and multiple-out (MIMO) radar system, the DOA estimation problem is investigated in the scenario with fast-moving targets. The system model is first formulated, and then by exploiting both the target sparsity in the spatial domain and the temporal correlation of the moving targets, a sparse Bayesian learning (SBL)-based DOA estimation method combined with the Kalman filter (KF) is proposed. Moreover, the performances of traditional sparse-based methods are limited by the off-grid issue, and Taylor-expansion off-grid methods also have high computational complexity and limited performance. The proposed method breaks through the off-grid limit by transforming the problem in the spatial domain to that in the time domain using the movement feature. Simulation results show that the proposed method outperforms the existing methods in the DOA estimation problem for the fast-moving targets. View Full-Text
Keywords: MIMO radar; sparse Bayesian learning; Kalman filter; direction of arrival; fast-moving targets MIMO radar; sparse Bayesian learning; Kalman filter; direction of arrival; fast-moving targets
►▼ Show Figures 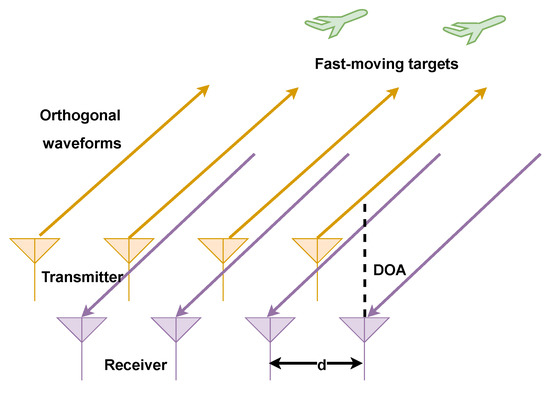