The Potential of a Nanostructured Titanium Oxide Layer with Self-Assembled Monolayers for Biomedical Applications: Surface Properties and Biomechanical Behaviors

In the present study, the piezoelectric aluminum nitride (AlN)/tantalum (Ta) (PAT) thin film was investigated as a biocompatible film and osseointegrated with biomedical devices such as implants. The stress variation on the interaction of cells with the PAT surface was investigated using osteoblast-like cells (MG-63) and fibroblast cells (NIH3T3). A singular behavior was observed on the PAT film with a (002) texture, in which the MG-63 cells were more dispersed and displayed longer and more filopodia than the NIH3T3 cells. Moreover, the MG-63 cells showed ingrowth, adherence, and proliferation on the PAT film surface. The MG-63 cells had more obvious stress variation than the NIH3T3 cells in the differentiation and proliferation. The mechanobiological reaction to cell differentiation and proliferation not only caused osseointegration, but also reduced the surface activation energy, thus enhancing bone remodeling. The formation of a nanopolycrystalline PAT film is believed to enhance the mechanobiological effect, promoting osseointegration.
Keywords: aluminum nitride; piezoelectric film; mechanobiological effect; stress variation aluminum nitride; piezoelectric film; mechanobiological effect; stress variation

Recently, numerous methods have been used to modify implant surfaces to enhance the speed of bone healing [1,2,3,4,5,6,7,8,9,10]. It was found that osseointegration could be effectively promoted by surface modification [1,2,4,11,12]. The osseointegration time is a crucial factor in clinical cases, for example, patients with submerged implants and devices. However, invasive detection is not suitable for sensing stability on the osseointegration of submerged implants. The voltage-driven full Wheatstone bridge configuration is a traditional instrumentation system, which is applied to quantify strain gauges. While there is a disadvantage of low-power for submerged implantology applications [13]. Accordingly, it is very important to fabricate bioactive surfaces on implants and monitoring osseointegration for biomedical engineering.
According to previous studies [11,14], aluminum nitride (AlN), as a biosensing film, performed effective sensing for fibroblast cell (NIH3T3) and for the biophysical detection of implants. However, the biological reaction of bone cells is a critical factor in bone remolding and enhancing osseointegration. Furthermore, the effects of molecules and cells on the osseointegration of bone implants include factors affecting bone formation [15] and bone adsorption [16]. Numerous studies have shown that growth factors, matrix molecules, or stem cells can be used to facilitate bone healing and regeneration in implants [17,18,19,20]. Predictable bone regeneration after a pathological bone loss in implants, a solution to reduce bone loss, and accelerated healing at the site of traditionally poor prognosis as well as simultaneous enlargement and implant placement, may become clinical realities. Biologic approaches such as molecular imaging define a research method. Nevertheless, these strategies are intrinsically linked to biomechanical factors.
As stated above, developing a new method to realize the reaction of bone cells is important. Therefore, the study was to fabricate a promising biosensing approach to detect bone-cell integration such as (osteoblast-like MG-63) with the piezoelectric AlN/Ta (PAT) thin film, and the reaction between them. The measurement of stress variation was utilized to analyze the reaction between the bone cells and the PAT thin film.

2.1. Preparation of the Investigated Specimens

The crystalline structure of the PAT thin film was analyzed by a grazing-angle x-ray diffractometry (GAXRD, Rigaku 2200, Japan). Moreover, the interface microstructure was also identified by a high-resolution transmission electron microscope (TEM; JEOL-2100, Japan). The focused ion beam system was applied to prepare an electron transparency area of the cross-sectional TEM sample.

In order to evaluate the mechanobiological reaction of MG-63 cells and NIH3T3 cells, the specimens with a dimension of 10 mm × 10 mm × 1 mm were subjected to cell culture. Before culturing the cells, the specimens were rinsed three times using a mixture solution of 0.1 M phosphate-buffered saline (pH 7.2) and Dulbecco’s modified Eagle’s medium (DMEM, Gibco). Afterward, the specimens were placed into the 24-well polystyrene plate and sterilized with ultraviolet rays for 24 h. The DMEM containing fetal bovine serum (10%), streptomycin (100 mg/mL), and penicillin (100 units/mL) was used as the culture medium. A density of 3 × 104/cm2 cell suspension (MG-63 cell and NIH3T3) was added to the plate, respectively. Then, the specimens were cultured at 37 °C for 4 h, 8 h, 24 h, and 72 h in a humidified atmosphere of 95% air and 5% CO2. Subsequently, the cells on the treated surface were observed via a scanning electron microscope (SEM; JEOL JSM-6500F, Tokyo, Japan) at different magnifications to evaluate their morphology, adhesion, and proliferation features.

The top Cu electrodes (3500 nm in thickness) were finally deposited on the surface of the investigated specimens through the sputtering system and patterned to measure current–voltage (IV). Both capacitors of Cu/PAT and Cu/cell/PAT were used to investigate the capacitor capability of the PAT film against the cell reaction by electrical analysis. An HP 4145B semiconductor parameter analyzer (Palo Alto, CA, USA) at a reverse bias of −5 V was adopted to measure the leakage current of the investigated specimens. An average value of 30 specimens was performed to obtain the leakage current density at the 300 μm × 300 μm detected area. The diode leakage current was measured after culturing for various periods.

Stress measurements were taken by means of a Toho FLX 2320-S thin film stress measurement system (Chicago, IL, USA). The stress was determined using the Stony’s Equation (1). where the symbols tf, ts, and r refer to film thickness, substrate thickness, and film curvature, respectively. The Stony’s equation shows that by measuring the curvature and the thickness of the film and the substrate, and by knowing the Young’s modulus (E) and Poisson’s ratio (ν) of the substrate, we can determine the stress (σf) in the film. The curvature can be measured by laser interference or by stylus profiling.

The PAT thin film was fabricated as a biocompatible film to be used for osseointegration biosensing on an implant. The MG-63 cells were more dispersed and displayed longer and more filopodia than the NIH3T3 cells on the PAT film. It was obvious that the PAT film had excellent biocompatibility. The stress change during proliferation and differentiation of MG63 cells was more pronounced than those of the NIH3T3 cells. The stress altered the cell morphology, proliferation, and adhesion will exist as the piezoelectric effect on the PAT film surface. It is believed that biomedical devices can be utilized to monitor the piezoelectric effect induced by osseointegration, re-osseointegration, and tissue healing in situ.

The authors report no conflicts of interest in this work. 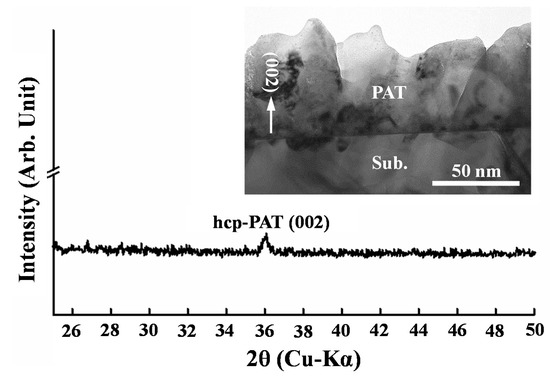 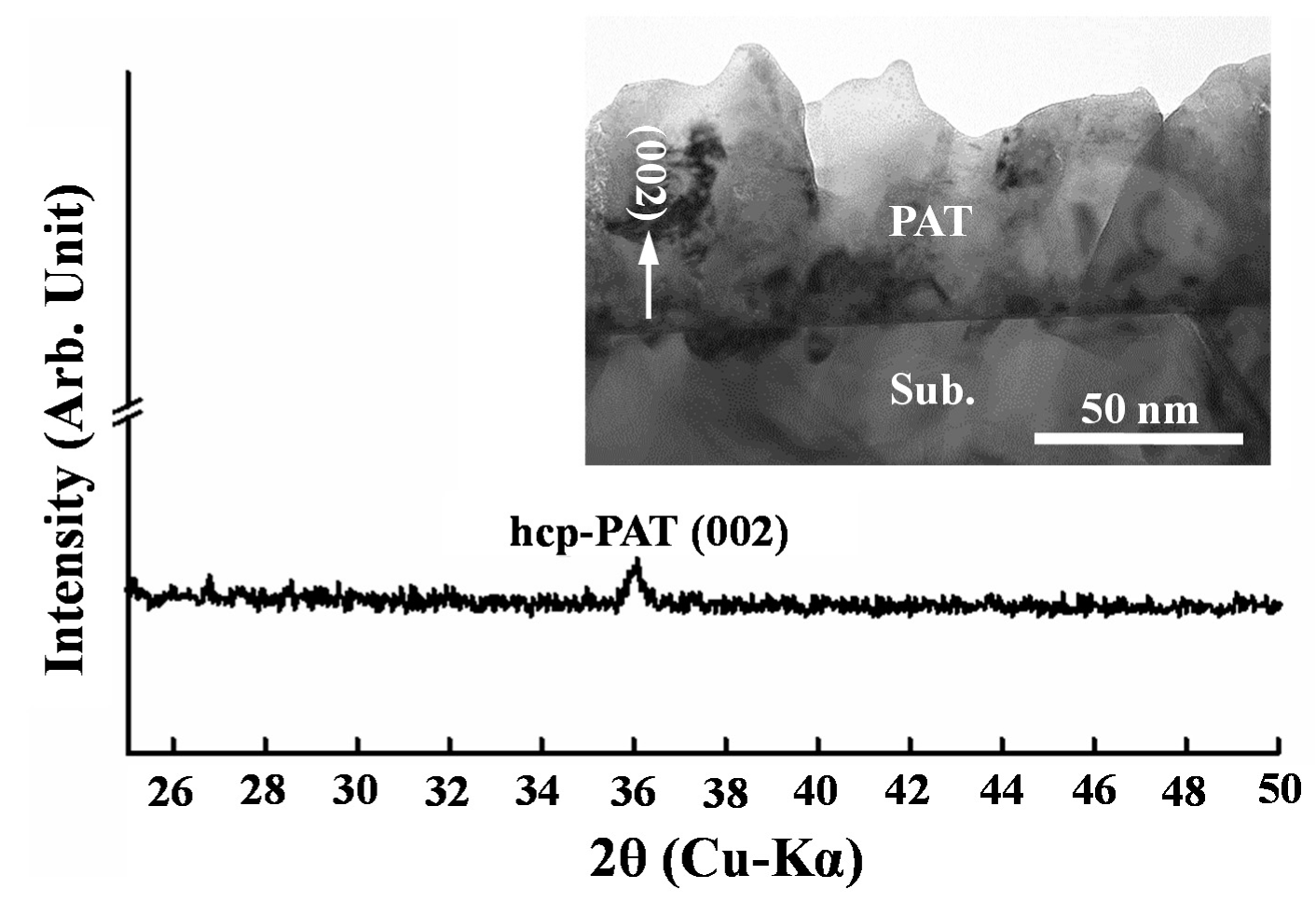 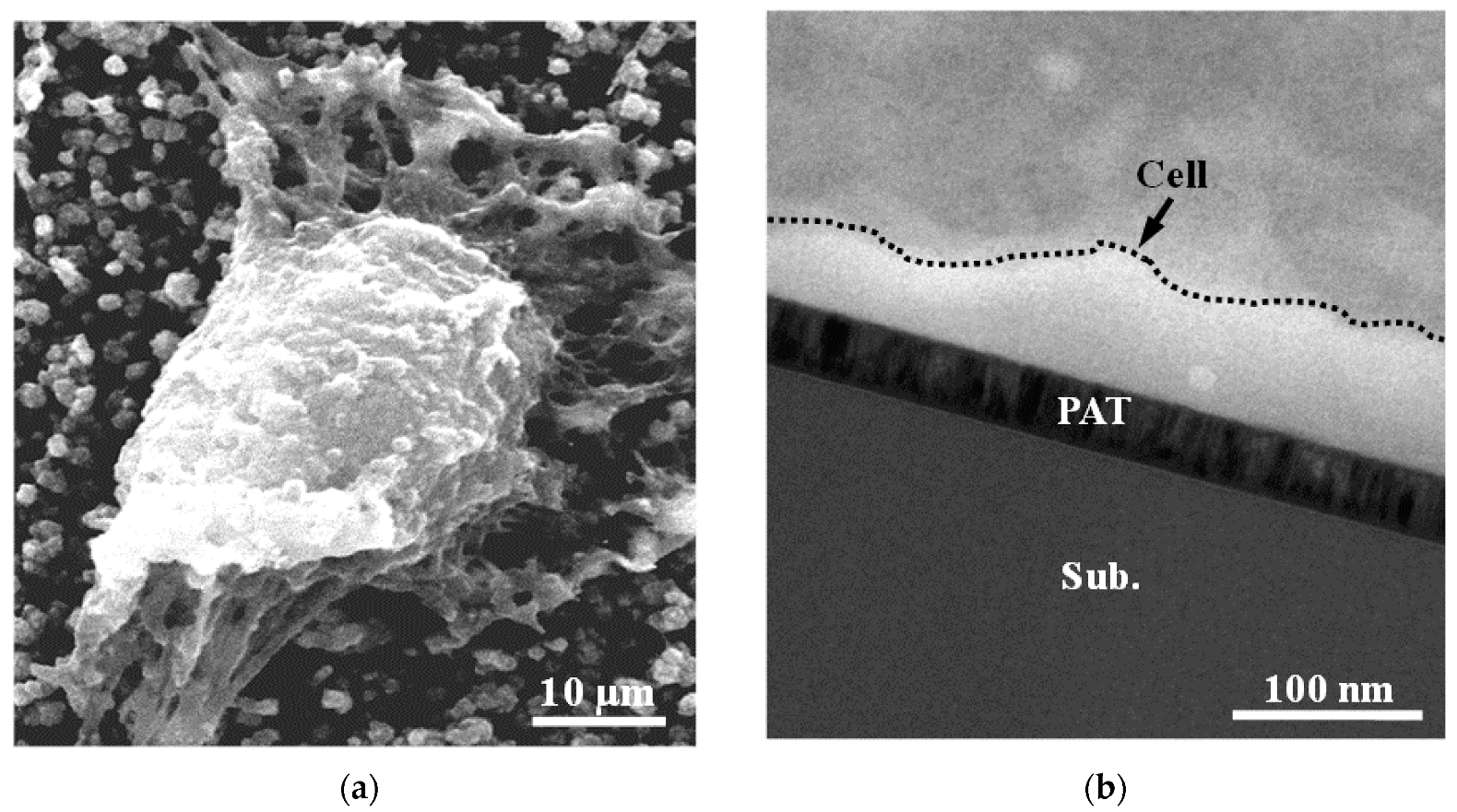 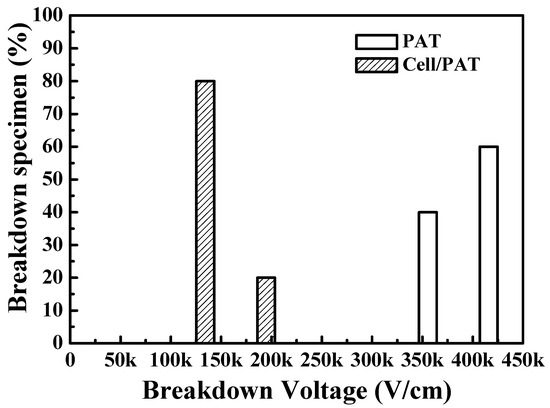 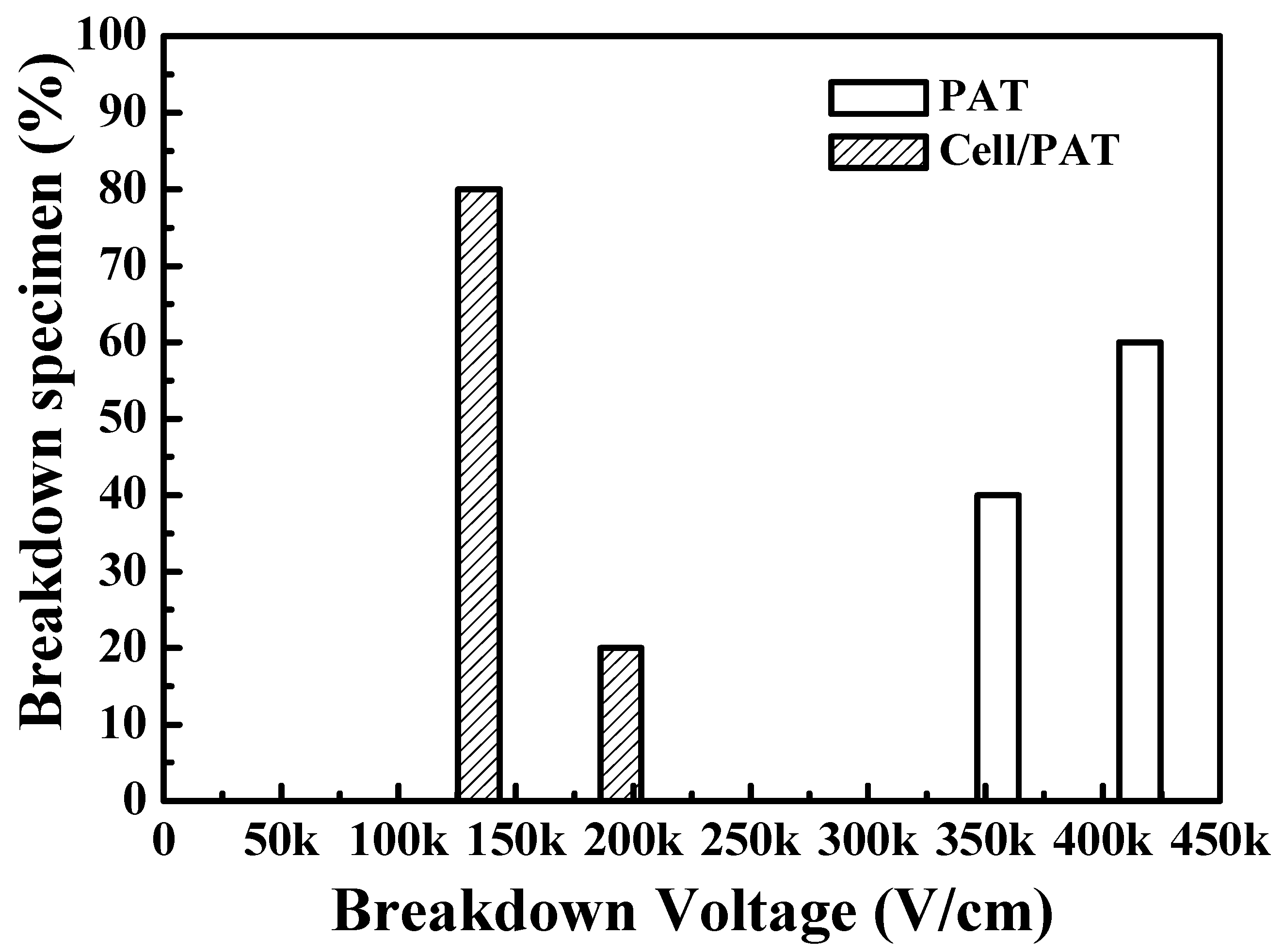 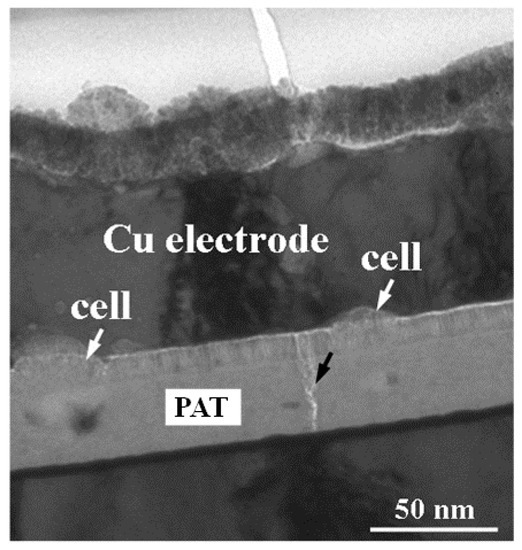 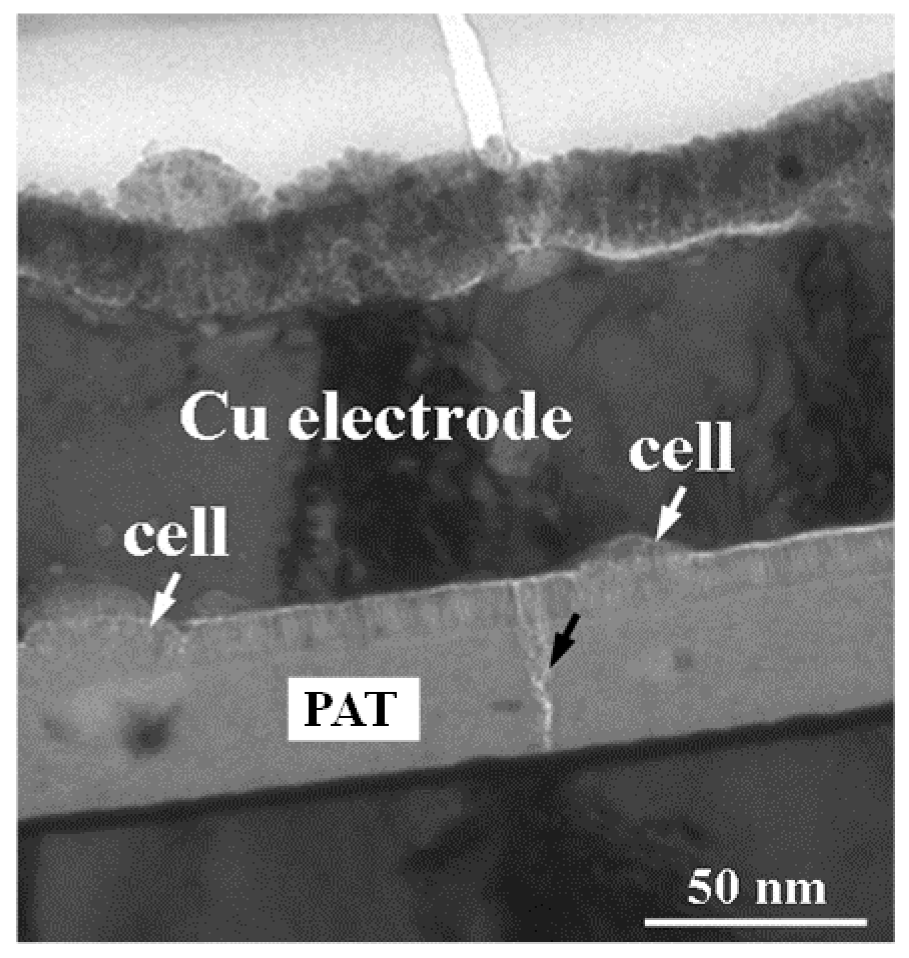 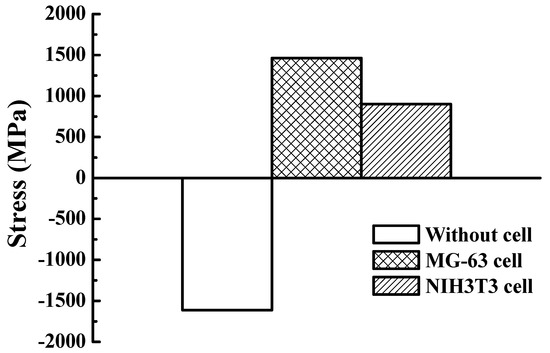 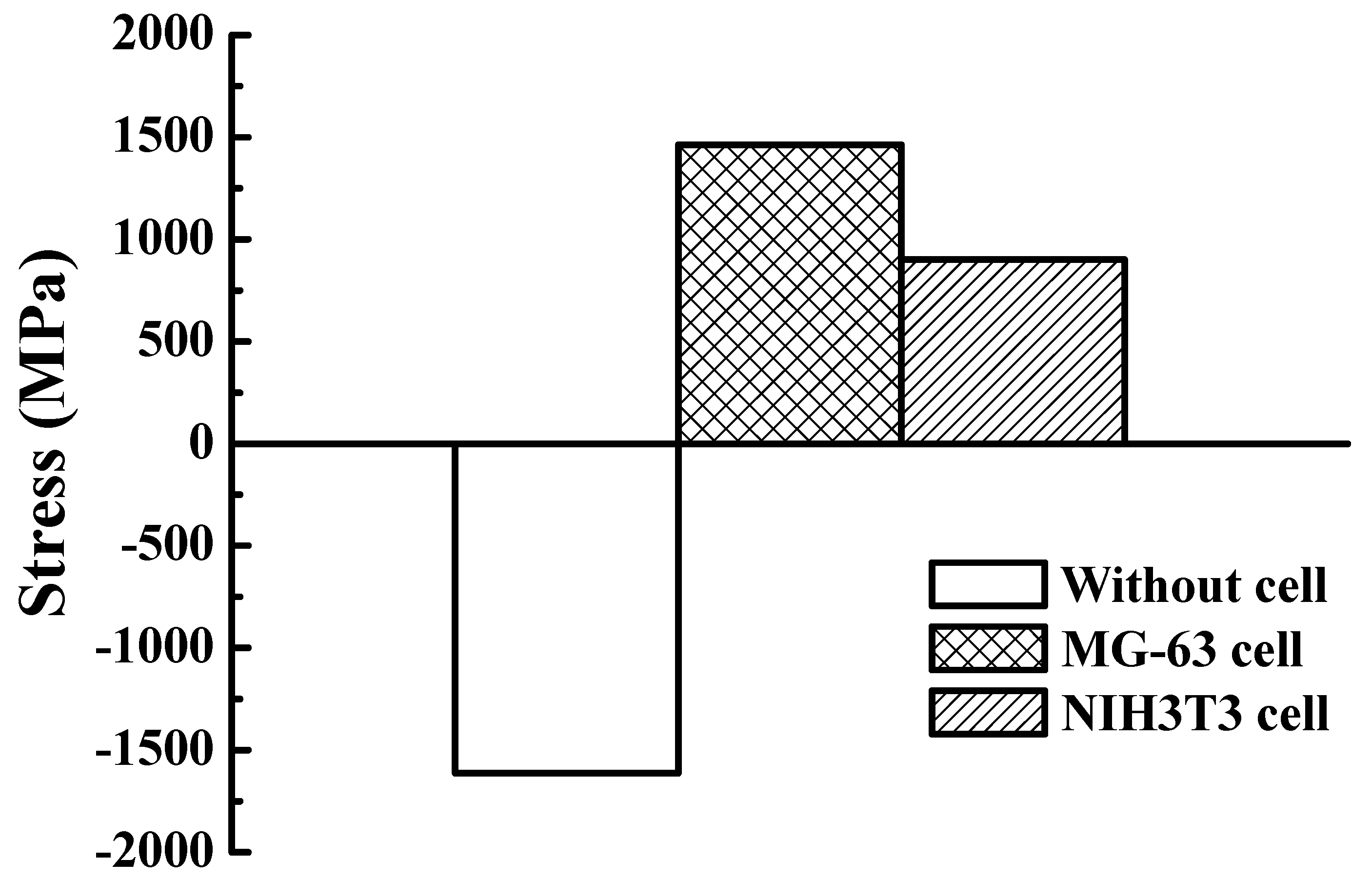