The impact of Engineering, Procurement and Construction (EPC) Phases on Project Performance: A Case of Large-scale Residential Construction Project
Next Article in Special Issue

Millions of tonnes of leftover biosolids are increasingly stockpiled every year around the globe. Biosolids are a product of the wastewater sludge treatment process. Stockpiles necessitate the use of large areas of increasingly valuable land. Biosolids have many beneficial uses and are currently utilised in agricultural and land rehabilitation applications. However, it is estimated that 30% of biosolids are unused and stockpiled. A second and seemingly unrelated environmental issue is the massive excavation of virgin soil for brick production. The annual production of 1500 billion bricks globally requires over 3.13 billion cubic metres of clay soil—equivalent to over 1000 soccer fields dug 440 m deep or to a depth greater than three times the height of the Sydney Harbour Bridge. This paper investigates and proposes a practical solution for the utilisation of the world’s excess biosolids in fired–clay bricks. The physical, chemical and mechanical properties of fired–clay bricks incorporating 25%, 20%, 15% and 10% biosolids have been tested. Bricks were produced from three different biosolids samples collected at Melbourne’s Eastern Treatment Plant (ETP 22) and the Western Treatment Plant (WTP 10 & WTP 17–29). Compressive strength testing indicated results ranging between 35.5 MPa and 12.04 MPa for the biosolids-amended bricks. Leachate analysis was conducted on the bricks before and after firing, and the results demonstrate that between 43 and 99% of the heavy metals tested were immobilised inside the fired bricks compared to the heavy metals tested in the raw mixture. All leachate concentrations were found to be insignificant for the biosolids-incorporated bricks tested in this study. Biosolids can have significantly different chemical characteristics depending on the origin of the wastewater and the treatment procedure. Suitable leachate analysis should be undertaken on biosolids and test bricks before large-scale production is approved. Scanning Electron Microscopy (SEM) images illustrate that biosolids-amended bricks have a higher porosity than the control bricks, which corresponds to the lower thermal conductivity values recorded for biosolids-amended bricks. In addition, brick firing energy demands are estimated to decrease by up to 48.6% for bricks incorporating 25% WTP 17–29 biosolids due to the higher organic content of the mixture containing biosolids. The emissions study and comparative Life Cycle Assessment results show that the incorporation of biosolids into bricks is a positive and sustainable alternative approach with respect to all environmental impacts arising from the stockpiling of biosolids and brick manufacturing. Based on the results found in this comprehensive study, this paper proposes the inclusion of a minimum of 15% biosolids content into 15% of brick production in order to completely recycle all the approximately 5 million tonnes of annual leftover biosolids production in Australia, New Zealand, the EU, the USA and Canada. This is a practical and sustainable proposal for recycling all the leftover biosolids worldwide. Utilisation of only 15% of biosolids in brick production would reduce the carbon footprint of brick manufacturing whilst satisfying all the environmental and engineering requirements for bricks. View Full-Text
Keywords: fired-clay bricks; green building materials; energy saving; recycling waste materials; wastewater treatment solids; biosolids; sludge fired-clay bricks; green building materials; energy saving; recycling waste materials; wastewater treatment solids; biosolids; sludge
►▼ Show Figures 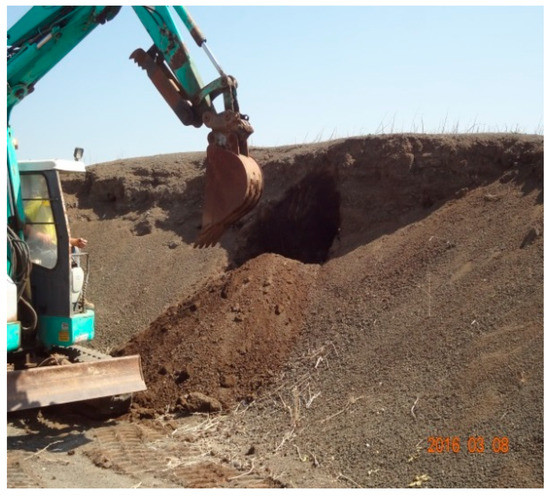