In metal powder, shaping the preparation and characterization of the feedstock is an aspect commonly recognized as fundamental. An optimized composition is required to ensure the successful shaping of the feedstock. In this study, a commercial binder system, pure aluminum and 316L austenitic stainless-steel powders were used for micro hot embossing. The optimization process revealed that powder characteristics such as shape and the stability of the torque mixing, were important parameters. Manipulating the feedstock composition by adding multi-walled carbon nanotubes or stearic acid or using a higher powder concentration considerably influenced the torque mixing values. The steady state of torque mixing was achieved for all feedstocks. This torque behavior indicates a homogeneous feedstock, which was also confirmed by microscopic observations. Nevertheless, an extruding process was required for greater homogeneity of the aluminum feedstocks. The presence of the carbon nanotubes increased the homogeneity of green parts and reduced microcrack formation. The roughness was essentially dependent on the feedstock composition and on the plastic deformation of the elastomer die. Shaping the prepared feedstocks (with or without carbon nanotube) was achieved by the optimized powder concentrations and it did not increase by the stearic acid addition. View Full-Text
Keywords: carbon nanotubes; feedstock; homogeneity; metallic powders; micro hot embossing; shaping carbon nanotubes; feedstock; homogeneity; metallic powders; micro hot embossing; shaping
►▼ Show Figures 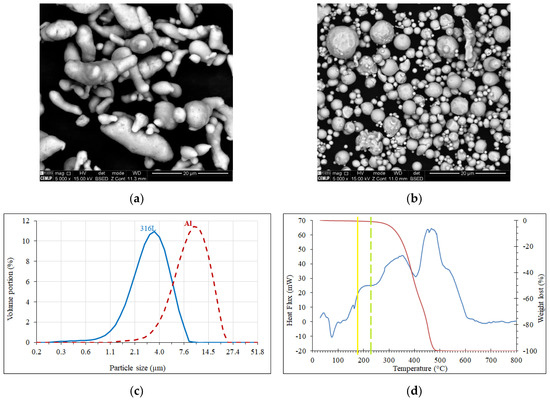