Bees provide vital pollination services to the majority of flowering plants in both natural and agricultural systems. Unfortunately, both native and managed bee populations are experiencing declines, threatening the persistence of these plants and crops. Agricultural chemicals are one possible culprit contributing to bee declines. Even fungicides, generally considered safe for bees, have been shown to disrupt honey bee development and impair bumble bee behavior. Little is known, however, how fungicides may affect bumble bee colony growth. We conducted a controlled cage study to determine the effects of fungicide exposure on colonies of a native bumble bee species (Bombus impatiens). Colonies of B. impatiens were exposed to flowers treated with field-relevant levels of the fungicide chlorothalonil over the course of one month. Colony success was assessed by the number and biomass of larvae, pupae, and adult bumble bees. Bumble bee colonies exposed to fungicide produced fewer workers, lower total bee biomass, and had lighter mother queens than control colonies. Our results suggest that fungicides negatively affect the colony success of a native bumble bee species and that the use of fungicides during bloom has the potential to severely impact the success of native bumble bee populations foraging in agroecosystems. View Full-Text
Keywords: chlorothalonil; bee decline; native bees chlorothalonil; bee decline; native bees
►▼ Show Figures 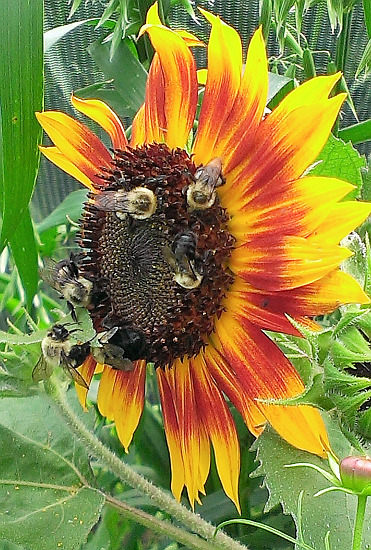