This research is mainly to improve the performance and reliability of SSDs by introducing data compression method in the SSD. First, this study divides an SSD into multiple zones according to capacity. Each zone uses page-level address mapping. Second, this study divides the data in each zone into hot data and cold data according to P/E cycles. Third, choose the right time for data compression according to different data types (hot data or cold data). Fourth, this study designed a new garbage collection method. This method can meet the new requirements for garbage collection after data compression.
Figure 1 shows the overall structure of the study. This research uses a SoC as the controller of the SSD. The controller mainly includes interface module, CPU module, FPGA module, and NAND Flash controller module.
The Interface module is mainly used for the analysis of interface protocols. After the protocol analysis is completed, the data sent by the host are divided into types. The data of command and address will be sent to the CPU in the controller for further processing. User data is sent to the FPGA for compression.
The CPU in the SoC mainly performs FTL management. Functions in FTL include address mapping, static wear-leveling, garbage collection and bad block management. In addition, since the cache is set outside the SSD controller, the functions of the CPU also include management of the cache. Through the address mapping function in FTL, the zone division of NAND Flash memory space is realized. The specific division is introduced in Section 2.3.
The FPGA mainly implements data compression. When the host sends a write request, the SSD first transmits the write request information to the FTL. This information includes the write command, the starting logical address, and the file capacity. Then, calculate the physical address through the address mapping table in the FTL. Finally, it is determined whether the data are compressed immediately by judging whether the data corresponding to the physical address is hot or cold.

In this study, the optimized LZW compression algorithm is used inside the SSD to achieve data compression. Although the original LZW algorithm has high data compression efficiency, it also has certain limitations when it is introduced into the embedded SSD controller. First, the LZW compression algorithm requires a dictionary to record the most recently entered string entries. When new string data arrive, it needs to try to scan the dictionary for the corresponding dictionary entry. Second, when a new string entry is recorded in the dictionary, the entire string is recorded into the dictionary entry. This causes the dictionary to be too large, and the search needs to be repeatedly compared and repeated many times, resulting in time and waste of space. Third, as the compressed data increases, more and more strings are entered into the dictionary. When the dictionary has no capacity to record new entries, the old string is not replaced with a suitable replacement strategy. Generally, the LZW algorithm uses all the dictionary to be cleared, and the method is re-established. This strategy implicitly assumes that new data is more favorable to subsequent characters than old data. Aiming at the limitations of the LZW algorithm, this study optimized the LZW algorithm based on the characteristics of the embedded SSD controller.
First, because the SoC is used as the SSD controller platform in this study, the internal FPGA has good parallel characteristics. Therefore, this study will implement multiple dictionaries inside the FPGA. In data compression, multiple dictionaries work in parallel to match input strings. Finally, the dictionary with the most matches is selected as the output. The parallel compression process of the LZW algorithm is shown in Figure 2. In this research, eight dictionaries work in parallel in FPGA. At the same time, this study is based on the partitioning of flash memory. The specific partitioning method will be described in Section 2.3. Each zone will correspond to a set of dictionaries.
Secondly, since the compression method is implemented in an embedded system, and the hardware resources of the embedded system are very limited, a suitable dictionary capacity must be determined. Burrows et al. [18] and Yim et al. [19] have shown that there is no significant difference in the compression ratio for 2 KB to 8 KB compression unit sizes. At the same time, the capacity of the storage device increases at any time. At present, the file system is basically 4 KB in block capacity. The read and write requests are based on 4 KB as the basic unit. Most flash memory page sizes are also 4 KB. Therefore, selecting 4 KB for the dictionary capacity can improve SSD performance.
Finally, the storage space of the dictionary is limited. As the compressed data increase, more and more strings are entered into the dictionary. Once the dictionary has no capacity to record new entries, it generally deletes all the contents of the dictionary and re-creates the dictionary. However, SSD is a kind of data storage device and the data stored in SSD has a certain locality in time [20,21]. This means that, although the current data may not be matched, after a period of time, new data may be matched. Therefore, the entire contents of the dictionary are deleted, and a new dictionary is rebuilt. This will not only improve the hit rate but also lead to a reduction in the overall SSD performance. This research uses a replacement strategy, which sorts the contents of each dictionary according to the frequency of hit ratio. When there is no hit, the system automatically deletes the dictionary with the lowest hit rate and re-creates an entry. In order to sort the entry hit ratios, this study defines a variable Ki (i = 0 ... 7). Ki indicates the number of times the i-th entry has not been hit. In extreme cases, the K value of one or more terms is out of bounds. When K values are out of bounds, all K values corresponding to all terms are cleared to 0 and re-counted.

Flash-DBSim [22] is a simulation tool for flash technology research. Flash-DBSim can simulate various experimental environments appearing in flash technology research as accurately as possible. It is a unified flash experiment simulation platform. Flash-DBSim was developed using Microsoft Visual Studio 2008 and uses C ++ language to achieve different levels of solid state disk encapsulation.
Flash-DBSim uses a three-tier structure and each module uses interfaces to interact. The function of each module is divided into VFD module and FTL module.
VFD module: This module is used to simulate the characteristics of NAND/NOR flash devices, such as: data page, block size, number, read and write latency, erase limit, I/O count, and concurrency control of flash devices.
FTL module: This module provides address translation and access interfaces to the underlying flash device. This module can use the FTL/NFTL algorithm to control the underlying module. At the same time, upper-level users can access Flash-DBSim by interacting with this module.
Public access interface: The public access interface is open to users. This interface layer hides all implementation details in the Flash-DBSim system. Users use these interfaces to control the operation of the Flash-DBSim system.
This study uses Flash-DBSim to simulate a 128 GB flash memory. The SSD is divided into four zones. The capacity of each zone is 32 GB. At the same time, the traditional page-level mapping algorithm is implemented in Flash-DBSim, and the same data environment is used for testing.
In order to verify the storage management algorithm designed in this paper and evaluate its performance, this paper implements demand-based mapping algorithm (DFTL) based on Flashsim and the compression mapping algorithm designed in this paper—Run DFTL and this method on the Flash-DBSim simulation tool, respectively. This experiment uses a random write method and the test data is shown in Table 3.

In this test, we will perform DFTL and this study on page read and write performance. The selected test data is shown in Table 3.
Random read test method: write a page to flash memory every 1 second, which can be any segment of data in any type of file to test burst write delay. The experimental results are the average of the test results on each page.
Random write test method: Read data from any page in flash memory every one second. In order to prevent the effects of caching and other factors, this test reads in the order of LPN increasing by eight pages at a time.
Sequential read and write test method: As long as the flash memory is idle, a read (or write) operation request is issued to the Flash, the address is random, and the amount of data is an indefinite number of pages.
The test results are shown in Figure 7.
Since the data is already compressed at the time of writing, the data actually written into the flash memory will decrease. SSD performance, especially random read and write performance, has been greatly improved.

In order to reduce SSD data writing, reduce SSD write amplification, and improve SSD reliability, this study designed a method of SSD data compression based on block partition. The party divides the SSD into multiple zones, establishes a set of dictionaries for each zone, and compresses or decompresses the data written to the zone. At the same time, due to the zone division, the SSD does not need to perform full garbage collection. It only needs to perform garbage collection according to the zone according to demand, thereby improving the garbage collection efficiency. The following conclusions are obtained through simulation tests:

This research was funded by the Advance Research Project on Information System Equipment for the PLA during the 13th five-year plan period (No. 31511030103). 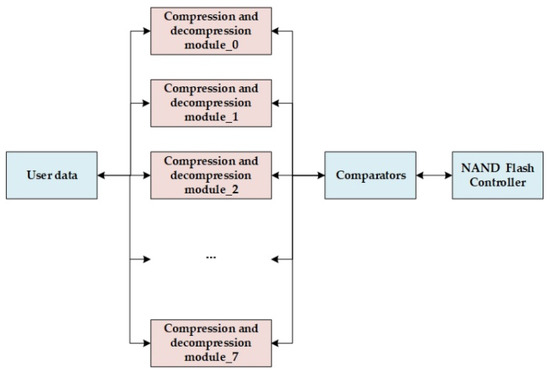 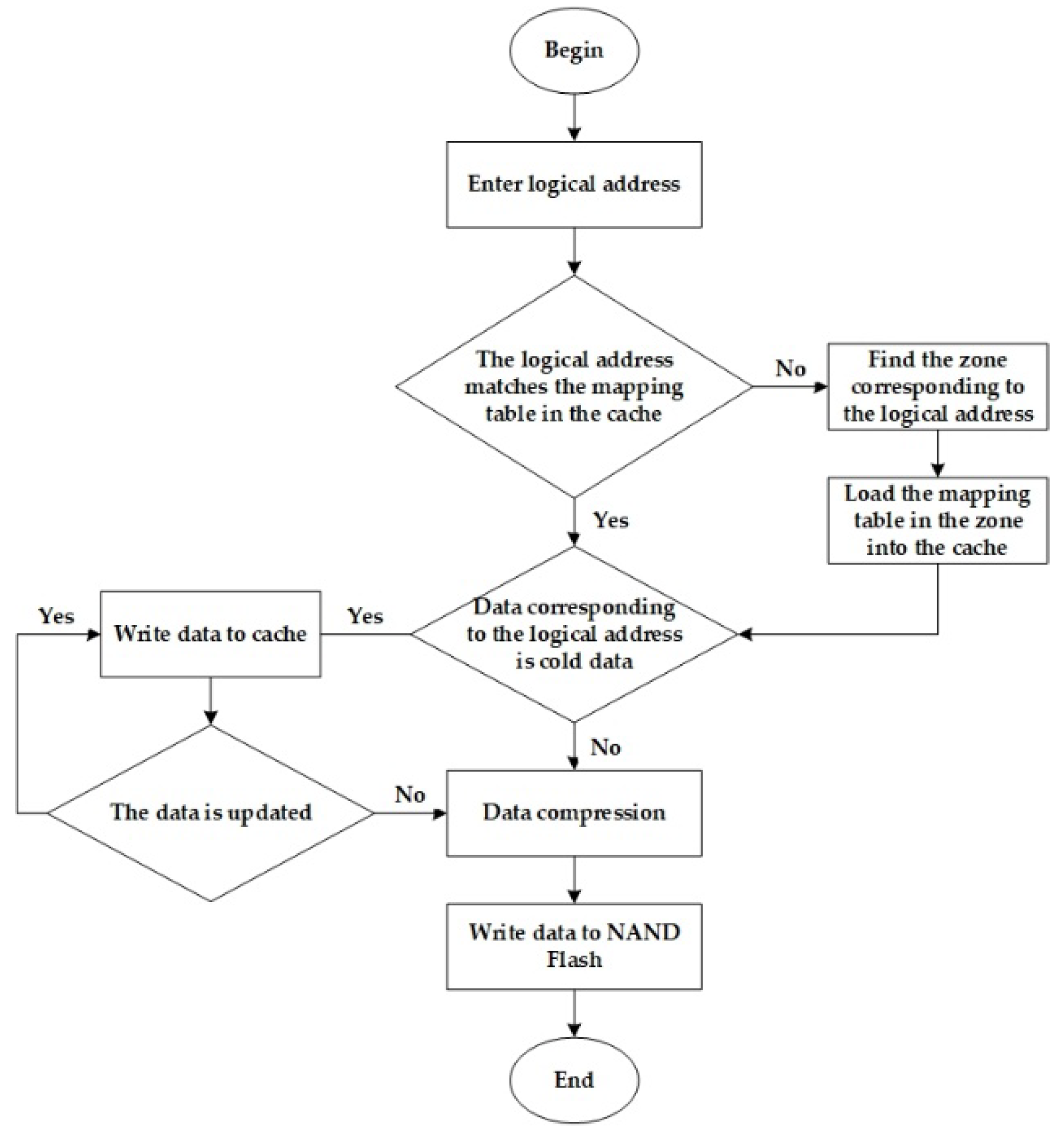 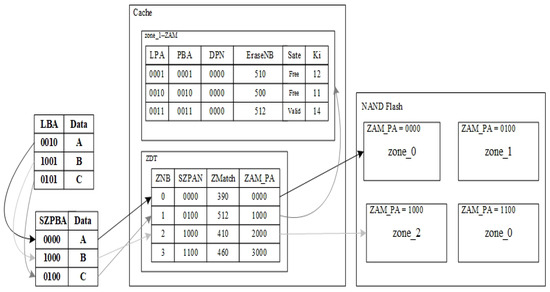 Table 3. Details of three trace categories.
Table 3. Details of three trace categories.
© 2020 by the authors. Licensee MDPI, Basel, Switzerland. This article is an open access article distributed under the terms and conditions of the Creative Commons Attribution (CC BY) license (http://creativecommons.org/licenses/by/4.0/).
We use cookies on our website to ensure you get the best experience. Read more about our cookies here.
Accept
We have just recently launched a new version of our website. Help us to further improve by taking part in this short 5 minute survey here. here.
Never show this again