Efficient Information Hiding Based on Theory of Numbers

The Paillier cryptosystem [15], whose security is under the RSA strong assumption, is a probabilistic asymmetric cryptography. Based on the additive homomorphic property, Paillier encryption is extensively used for privacy-preserving applications. The cryptosystem is depicted below. For key generation, the sender randomly chooses two large primes p and q, where gcd(pq, (p–1)(q–1)) = 1, and the sender calculates n = pq, λ = l cm (p – 1, q – 1), and selects a random integer g ∈ where gcd(L(gλ mod n2), n) = 1, and . Finally, (n, g) is the public key and (λ) is the private key.
Given a message m ∈ , the sender randomly chooses integer r ∈ , and then computes the ciphertext of m:
c = Epk (m, r) = gm rn mod n2,
where E is the encryption function and pk is the public key.
The receiver can decrypt the ciphertext with private key: where D is the decryption function and sk is the private key.
The additive homomorphic properties are held by Paillier encryption. Given two encryption functions Epk (m1, r1) and Epk (m2, r2), the two functions are additively homomorphic on :
Thus:
Dsk (Epk (m1, r1) × Epk (m2, r2)) = m1 + m2.
Additionally, this brings about the following properties:
Dsk (Epk (m1, r1)k) = km1,
Dsk (Epk (m1, r1) × gm2 mod n2) = m1 + m2,
These additively homomorphic identities are known to be appropriate for designing proxy signatures, electronic voting, watermarking, and authentication.

Suppose that the received marked encrypted signal with size of W × H × 2 × bits consists of marked encrypted units MEUi = (MEU1i, MEU2i), where 1 ≤ i ≤ W × H. If the receiver has only a data-hiding key, the data extraction procedure is listed below.

We used the test image Lena sized 512 × 512 pixels as the original image in the experiments. Different images do not affect the performance of the proposed method. Table 1 lists the embedding rate and PSNR of the directly decrypted Lena image. In this experiment, a total of 512 × 512 = 262,144 bits are hidden in each encrypted unit. As a result, the corresponding embedding rate is 1 bit per pixel (bpp), whatever the kind of images are selected as the original image. Note that the +∞ denotes that the original image is perfectly recovered without any loss.
Figure 6 compares the embedding rate and image quality for Lena with other schemes [2,3,5,6,7,8]. In our scheme, the directly decrypted image without data extraction is the same as the original one. Hence, the associated PSNR of decrypted image is +∞ dB regardless of the embedding rate. Other schemes [2,3,5,6,7,8] degraded the visual image quality of the decrypted image due to the embedding distortion. They cannot restore the original image with only the encryption key. Clearly, the performance of the proposed method is significantly better than that of schemes [2,3,5,6,7,8]. Table 2 summarizes the comparison of characteristics of the considered schemes [2,3,5,6,7,8]. We note that in our scheme, asymmetric cryptography is adopted for image encryption. Therefore, data expansion exists in the encrypted signal. However, based on additive homomorphic properties, the proposed scheme is able to be further applied to multimedia without infringing the privacy.

This paper proposes a separate RDH method for images encrypted by public key cryptography. The two ciphertext values are exchanged with each other for embedding the additional data. Based on additive homomorphic properties, we can directly extract the embedded data from the encrypted domain without knowing the original content. Moreover, perfect image recovery can be directly processed without prior data extraction. Since the content privacy can be securely preserved by Paillier encryption, the proposed scheme is appropriate for cloud services without degrading the security level. 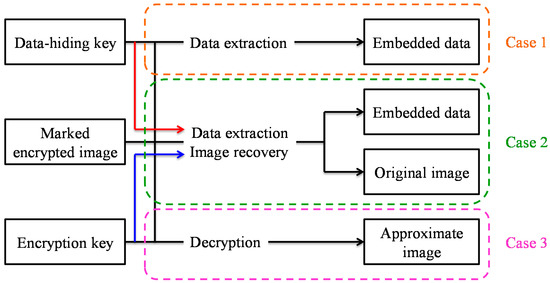 Table 2. Characteristics of various schemes [2,3,5,6,7,8].
Table 2. Characteristics of various schemes [2,3,5,6,7,8].
© 2018 by the authors. Licensee MDPI, Basel, Switzerland. This article is an open access article distributed under the terms and conditions of the Creative Commons Attribution (CC BY) license (http://creativecommons.org/licenses/by/4.0/).
We use cookies on our website to ensure you get the best experience. Read more about our cookies here.
Accept
We have just recently launched a new version of our website. Help us to further improve by taking part in this short 5 minute survey here. here.
Never show this again