Hydrodynamic and Waves Response during Storm Surges on the Southern Brazilian Coast: A Hindcast Study
Next Article in Special Issue

Reducing the Carbon Footprint of the Water-Energy Binomial through Governance and ICT. A Case Study

Evaluation in Carbon Dioxide Equivalent and CHG Emissions for Water and Energy Management in Water Users Associations. A Case Study in the Southeast of Spain

Agriculture is an activity linked to the environment and has a great influence on climate change. As more and more crops are producing in less time, agricultural production is intensified and water consumption and energy demand is increasing. Since the energy consumed is not renewable, greenhouse gases (GHG) are emitted and their concentration in the atmosphere increases. The objective of this article is to apply various methodologies for the precise quantification of the carbon dioxide equivalent (CO2-eq) and GHG emissions in the management of irrigation water and energy in ten water user’s associations (WUAs) in the southeast of Spain. All the studied WUAs include irrigation facilities. This paper is based on obtained data in different water and energy audits during 2017. The concept of “irrigation water management” considered in the article covers the process from its extraction through management data to its transport and application to crops through irrigation systems, as well as the reception of water. The way in which water and energy is used to irrigate crops is taken into account. Moreover, the type of energy used for irrigation and at what moment energy is demanded influence the total amount of generated GHG emissions. The tariff periods for electricity and the water needs of the crops planted also has to be taken into account, as well as the economic emissions valuation.
Keywords: GHG emissions; water–energy balance; sustainability; irrigation; global change GHG emissions; water–energy balance; sustainability; irrigation; global change

The theoretical calculation of the minimum and maximum potential GHG emissions is very useful as a tool for quantifying the possible extremes of the minimum and maximum CO2-eq and CHG emissions generated in the management of irrigation water. Although the positioning of the GHG emissions calculated between the maximum and minimum potential depends on the transformation index and when the consumption occurs, affecting the dispersion of data, the necessary knowledge is generated to establish the minimum and maximum thresholds of these GHG emissions and thus having a reference on which to compare the current management mode.
The studied Southeast Spanish WUAs are under-endowed in terms of water resources. The demand for irrigation water is much higher than what they actually are receiving.
In the agricultural sector, WUAs play an important role in energy savings. Most of the energy consumption of this sector is managed by these organizations, which also manage water resources for irrigation during the year. Therefore, a suitable water and energy control is necessary, and the investment in CO2 emissions is considered a low-cost one against the obtained environmental benefits. The applied methodology compares the irrigation systems of several WUAs, allowing the critical points of the irrigation systems of the WUAs to be analyzed. This methodology was validated in a different location than the previous case studies in the literature.
According to the analysis of the studies that are part of this work, a series of measures are proposed to to reduce the GHG emissions related to the management of water in irrigation. In areas where groundwater for irrigation is representative, controlling piezometric levels, as well as their evolution throughout an irrigation campaign, is decisive to accurately estimate the CO2-eq and CHG emissions associated with this activity, which is the first step to reduce it. Old facilities should be replaced with low water and energy application efficiency with modern facilities. For this type of improvement to spread throughout the territory, financial support from public administrations in the form of incentives or financing, as well as in the form of technical advice, is essential. Pressurized irrigation systems should be used when the applied water is of underground origin, since most of the energy demand is needed in the extraction process. By pressurizing irrigation systems, it is possible to reduce losses in transport and a more efficient application in the field, which reduces the volume of water extracted. The knowledge of the optimal time and volume of irrigation water, avoiding water percolation. In addition, a controlled deficit irrigation should be carried out, so that the productions are the largest possible with the least amount of water applied. Technical support is essential to carry out controlled deficit irrigation.
Having a more precise knowledge of the emission factor of electrical energy at all times is necessary in this kind of studies. This is related to the suitable determination of the period in which the emission factor is low, in order to schedule irrigation based on this information. It is a measure that concerns other factors, such as the price of energy in each tariff period, breakdowns, etc., in addition to the involvement of public administrations. The great variability in the methodologies used leads to obtaining different results. Using different energy transformation indices, without stopping to justify the choice in each case or establishing different scopes of GHG emissions to be included in the studies, makes it difficult to compare the results obtained. Therefore, it is necessary to unify the methodology, establishing a procedure that covers different situations and making it as universal and precise as possible.

We thank WUAs for graciously providing access to information basic used in this study. The authors are grateful to the anonymous reviewers for their insightful comments that greatly improved the manuscript. The authors are also grateful to María Soraya Colino Jiménez for his assistance during the elaboration of figures. 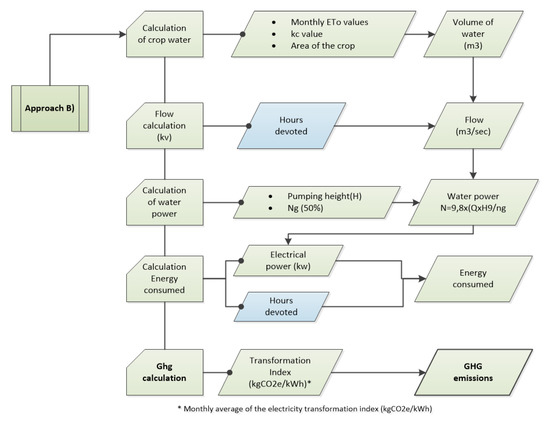 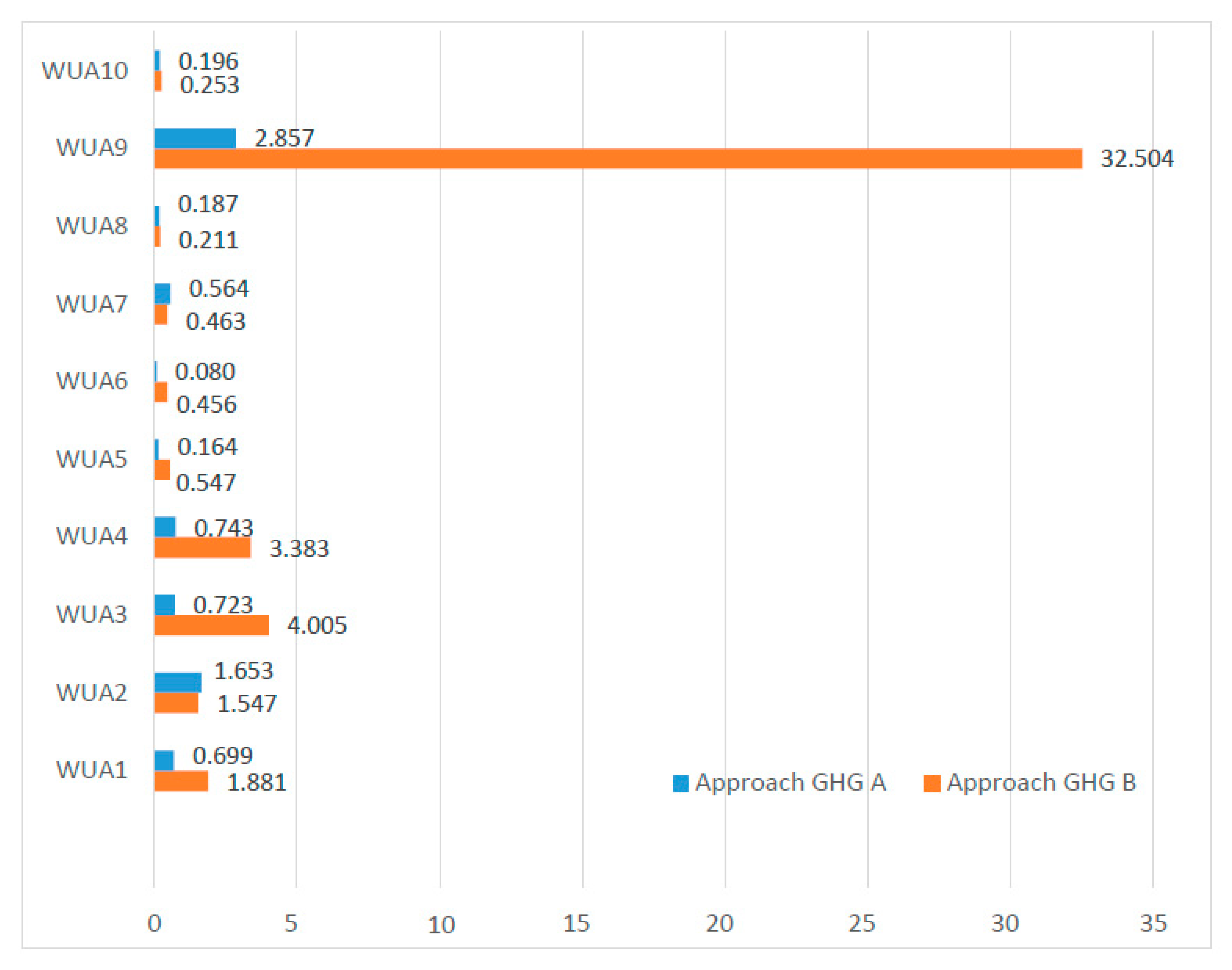 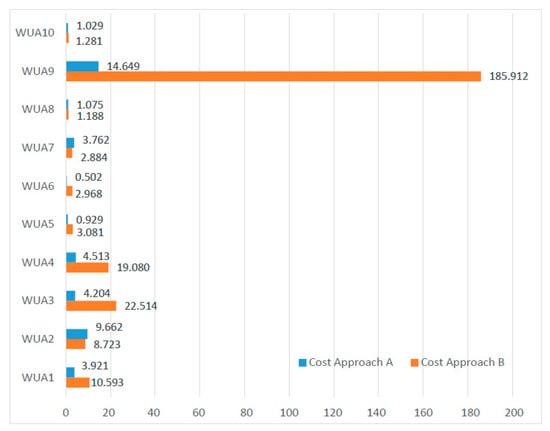 Table 4. Comparative GHGs emissions/methodologies and GHGs cost (€/tCO2e).
Table 4. Comparative GHGs emissions/methodologies and GHGs cost (€/tCO2e).
Source: Own elaboration.
© 2020 by the authors. Licensee MDPI, Basel, Switzerland. This article is an open access article distributed under the terms and conditions of the Creative Commons Attribution (CC BY) license (http://creativecommons.org/licenses/by/4.0/).
We use cookies on our website to ensure you get the best experience. Read more about our cookies here.
Accept
We have just recently launched a new version of our website. Help us to further improve by taking part in this short 5 minute survey here. here.
Never show this again