Simulation, Fabrication and Analysis of Silver Based Ascending Sinusoidal Microchannel (ASMC) for Implant of Varicose Veins

There are a growing number of small children—as well as adults—with mental disabilities (including elderly citizens with Alzheimer’s disease or other forms of age-related dementia) that are getting lost in rural and urban areas for various reasons. Establishing their location within the first 72 h is crucial because lost people are exposed to all kinds of adverse conditions and in the case of the elderly, this is further aggravated if prescribed medication is needed. Herein we describe a non-invasive, low-cost electronic device that operates constantly, keeping track of time, the geographical location and the identification of the subject using it. The prototype was made using commercial low-cost electronic components. This electronic device shows high connectivity in open and closed areas and identifies the geographical location of a lost subject. We freely provide the software and technical diagrams of the prototypes.
Keywords: electronic devices; real time monitoring; mental disabilities; children; Arduino® platform electronic devices; real time monitoring; mental disabilities; children; Arduino® platform

The loss of children and elderly people with mental disability (including elderly citizens with Alzheimer’s disease or other forms of age-related dementia) has a high emotional and financial impact on their relatives and communities. In Mexico City, the annual incidence is 1500 individuals [1], of whom only 50% are eventually located [2]. Furthermore, according to the World Health Organization (WHO), 47.5 million people suffer from dementia worldwide, and 7.7 million new cases are recorded annually. With the aging of our societies, the number of elderly people with mental disabilities grows [2,3,4]. In developed countries, social security programs protect both vulnerable groups (children and elderly people with mental disability) with day nurseries, asylums and hospices, however this is not the case in developing countries, where the health care facilities to provide care for these people are almost non-existent, and children and adults with disabilities are often cared for by indirect relatives during working hours. This paper describes a very low cost electronic non-invasive device (patent pending) that can be provided to both groups at risk, which works 24 h a day, every day, in real time. This device, in the case of an event, will activate and transmit the time-space location of the subject and its identification. The device does not use a Global Positioning System (GPS) tracker, but utilizes the location of an independent receiver module that can be installed in shopping malls, electricity towers, bus stations, and traffic lights among other suitable sites. The battery life of this electronic device is five days, which guarantees a response within the first 72 h, which is critical for the location of the lost subject. The electronic schemes and the programs written in Arduino® language are provided in the Supplementary Materials.

There was no important loss of connectivity in any of the three modules “slave,” “master” or “supervisor” (Table 2, Table 3 and Table 4), in any of the three modes: indoor, indoor/outdoor, and outdoor areas. The test for battery lifetime in the “slaves” was 5 days in passive mode and 3 days in active mode. The test for battery connectivity in the “masters” did not show any connectivity disruption. Replacing the coordinates of the GPS tracker in the “slave” module by the code of the physical location of the ‘master,’ reduced from 30 to 2 bytes the amount of data transferred. This increased the data transmission gain and expanded the range of the signal compared to our previous work Polanco et al. [5], where it was used for wireless transmission by radio-frequency an HC-11 434 MHz Wireless Serial Port (http://wiki.seeedstudio.com/images/a/a8/HC11_User_Manual.pdf), baud rate 9600 equivalent to range 200 m, and frequency band 434 M.

This prototype proved to be a very low-cost device capable of locating vulnerable groups: children, and adults with mental disabilities, within the first 72 h since disappearance. Its final cost makes a convenient product to be offered free of charge to both vulnerable groups through the Health system, or can be adopted by associations responsible to those groups. The replacement of the GPS tracker by the physical location of the devices receiving the identity of the lost subject reduced the cost of the prototype, and increases the possibility of massive use.

The authors declare there is no conflict of interests with other organizations or individuals that could bias this work. 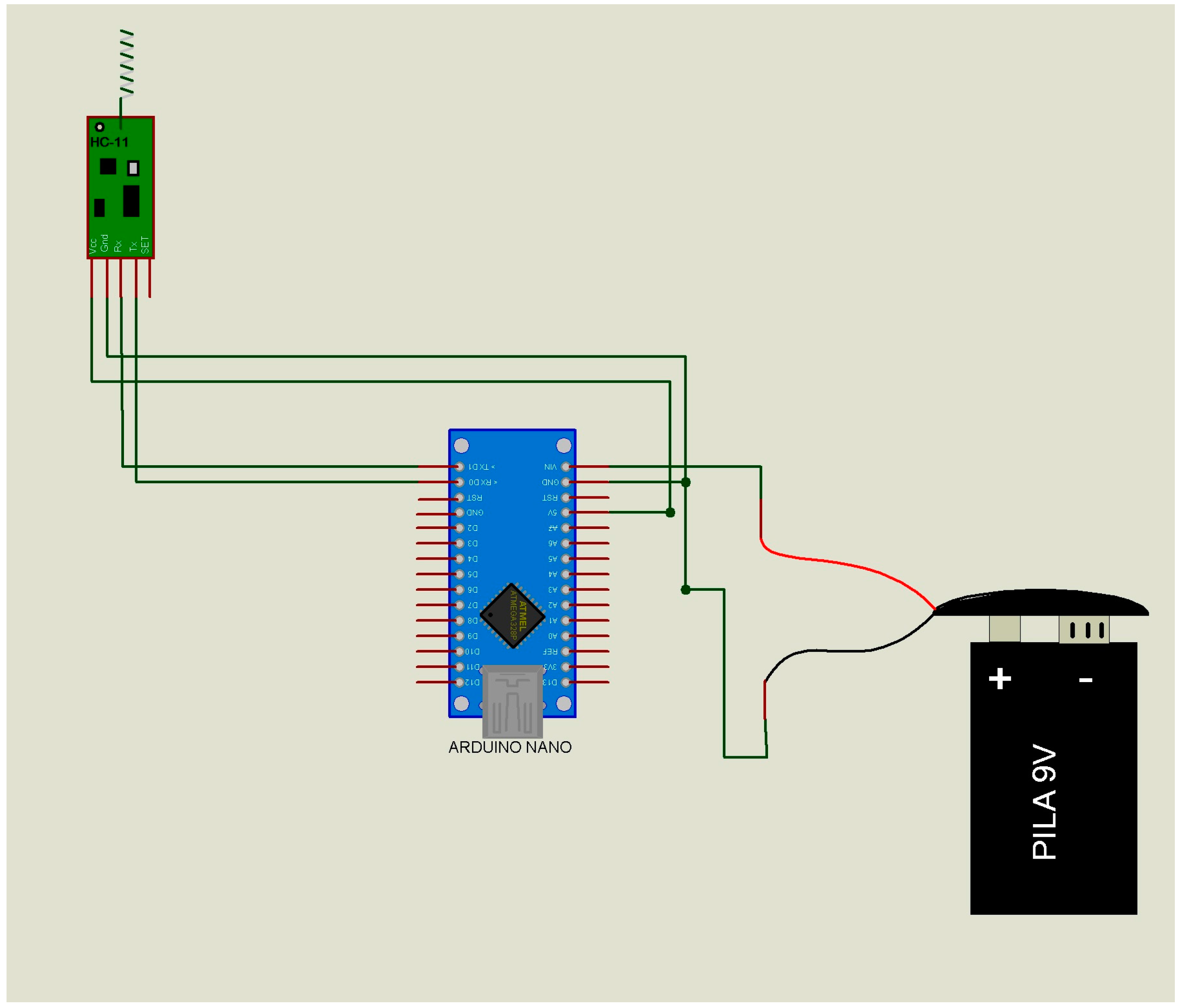 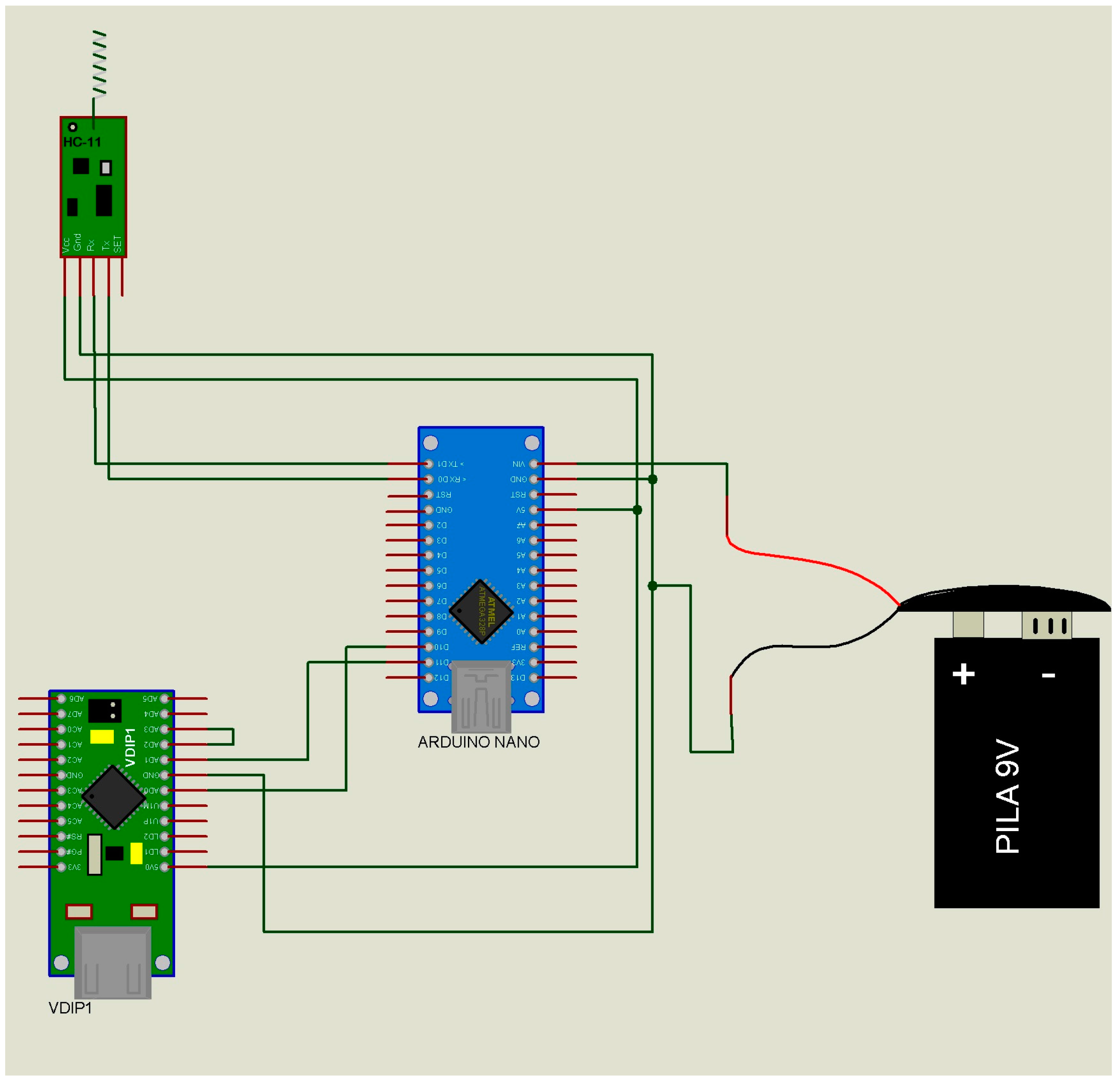