Effect of High versus Low Dairy Consumption on the Gut Microbiome: Results of a Randomized, Cross-Over Study
Previous Article in Special Issue

Nutrition plays a key role in blood pressure (BP) regulation. Here, we examine associations between nutrient intakes and BP in a large predominantly female population-based cohort. We assessed the correlation between 45 nutrients (from food frequency questionnaires) and systolic BP/diastolic BP (SBP/DBP) in 3889 individuals from TwinsUK not on hypertensive treatments and replicated in an independent subset of monozygotic twins discordant for nutrient intake (17–242 pairs). Results from both analyses were meta-analysed. For significant nutrients, we calculated heritability using structural equation modelling. We identified and replicated 15 nutrients associated with SBP, 9 also being associated with DBP, adjusting for covariates and multiple testing. 14 of those had a heritable component (h2: 27.1–57.6%). Strong associations with SBP were observed for riboflavin (Beta(SE) = −1.49(0.38), P = 1.00 × 10−4) and tryptophan (−0.31(0.01), P = 5 × 10−4), while with DBP for alcohol (0.05(0.07), P = 1.00 × 10−4) and lactose (−0.05(0.0), P = 1.3 × 10−3). Two multivariable nutrient scores, combining independently SBP/DBP-associated nutrients, explained 22% of the variance in SBP and 13.6% of the variance in DBP. Moreover, bivariate heritability analysis suggested that nutrients and BP share some genetic influences. We confirm current understanding and extend the panel of dietary nutrients implicated in BP regulation underscoring the value of nutrient focused dietary research in preventing and managing hypertension.
Keywords: nutrients; hypertension; blood pressure; management; prevention; diet nutrients; hypertension; blood pressure; management; prevention; diet

Hypertension is the most prevalent modifiable risk factor for cardiovascular (CVD) morbidity and mortality [1]: for every 10 mmHg reduction in systolic blood pressure (SBP), the risk decreases by 11% [2,3]. Yet, hypertension prevalence is mounting, with a 1.5 fold increase estimated by the year 2025, affecting 1.5 billion individuals [4]. Blood pressure (BP) is determined by complex interactions between genetics and environmental exposures [5]. Some environmental factors are non-modifiable, such as age, ethnicity and gender [6]. However, others are modifiable, with extensive evidence supporting lifestyle modification, including physical activity, smoking and particularly dietary changes as efficacious first-line therapies for hypertension [7]. Studies have reported that adhering to a Med/DASH diet improves CVD outcomes [8], and recently there has been a push to move research towards whole dietary patterns [9]. However, due to the complexity of dietary patterns, many important nutrient effects may be overlooked.
Numerous studies have evidenced the relative effects of single nutrients on BP, including salt, potassium and alcohol. For instance, Cochrane and collaborators found that a 4.4 g/day reduction in salt (1733 mg sodium) reduced BP by 4.18/2.06 mmHg [10], which was significantly higher in hypertensive individuals (5.39/2.82 mmHg) compared to normotensives (2.42/1 mmHg) [10]. Additionally, a meta-analysis of 29 randomised clinical trials (RCTs) showed that an increase in potassium of ≥20 mg/d led to a BP reduction of 4.9/2.7 mmHg, including trials with hypertensive and normotensive subjects [11]. These results highlight the value of nutrient based research to control BP.
In the present study, we assess the role of 45 nutrient intakes estimated from Food Frequency questionnaires on SBP and diastolic BP (DBP) in a large cohort of twins. Having identified nutrient intakes associated with SBP or DBP, we validated the results using identical twins discordant for that particular nutrient. This allowed us to isolate the non-genetic contribution of nutrient intakes upon blood pressure. Finally, given the twin nature of our data, we estimated heritability of the associated nutrient intakes.

Study participants were twins enrolled in the TwinsUK registry, a national register of adult twins recruited as volunteers without selecting for particular disease or traits [12]. We included 3889 predominantly female twins that completed a 131-item validated food frequency questionnaire (FFQ) between 1996 and 2015 [13] and had a concurrent BP measurement (within 0.16(SD = 0.29) years).
Twins provided informed written consent and the study was approved by St. Thomas’ Hospital Research Ethics Committee (REC Ref: EC04/015). Data relevant to the present study include SBP/DBP, BMI and zygosity (determined by methods previously outlined [14]).

Clinic BP was measured by a trained nurse using either the Marshall mb02, the Omron Mx3 or the Omron HEM713C Digital Blood Pressure Monitor performed with the patient in the sitting position for at least 3 min. At each visit, the cuff was placed on the subject’s arm so that it was approximately 2–3 cm above the elbow joint of the inner arm, with the air tube lying over the brachial artery. The subject’s arm was placed on the table or supported with the palm facing upwards, so that the tab of the cuff was placed at the same level of the heart. Triplicate measurements were taken with an interval of approximately 1 min between each reading, with mean of second and third measurements recorded.

Intakes of 46 nutrients were estimated from a validated 131-item food frequency questionnaire (FFQ) based upon the EPIC FFQ [13]. Prior to analysis intake frequencies were adjusted for total energy intake using the residual method [15]. FFQs were then coded and processed using FETA [16], an open-source, cross-platform tool designed to process dietary data from the EPIC FFQ, in accordance with their guidelines. The default nutritional database of which is based on the McCance and Widdowson’s The Composition of Foods (5th edition) [17].

To determine the effects of the whole diet, we employed the most prominently used dietary indices including, the NOVA classification system [18], the Healthy Eating Index (HEI) [19], the alternate Healthy Eating Index (aHEI) [20], the Dietary Approaches to Stop Hypertension (DASH) score [21], the Alternate Mediterranean Diet Score (aMED) [22], the Dietary Quality Index International (DQI-I) [23], the Plant Diversity Index (PDI) [24], the Healthy PDI (hPDI) [24] and the Unhealthy PDI (uPD) [24]. Descriptions of the indices can be found in Table S1.

Statistical analysis was performed using R version 3.6.2.
Linear mixed models were used to investigate the associations of each nutrient with SBP and DBP in the discovery sample (excluding monozygotic (MZ) twins with nutrient intake over one SD apart). Analyses were adjusted for age, gender, BMI, family relatedness and multiple testing using Benjamini–Hochberg correction (FDR < 0.05).
The MZ discordant twin pairs were then used to replicate the significant findings from the discovery group. Associations that passed the 5% level of significance or were in the same direction as the discovery group were considered replicated. Finally, we combined the results of both analyses using an inverse variance fixed effect meta-analysis.
A backwards stepwise regression, including the BP-associated nutrients, was then employed in the overall sample to identify nutrient intakes independently associated with SBP and DBP (p < 0.05). Nutrients independently associated with SBP and DBP were then linearly combined into an SBP and DBP nutrient score, respectively.
We further investigated the role of dietary indices on BP using linear mixed model adjusting for age, sex, BMI, family relatedness and multiple testing in order to look at the effect of diet as a whole. For the NOVA system, subjects were stratified into tertiles of intakes for each level of processing, to determine disparities of associations between strata using the same linear mixed models.

Taking advantage of the twin nature of our data, we estimated heritability of nutrient intakes and BP using structural equation modelling to decompose the observed phenotypic variance into three latent sources of variation: additive genetic variance (A), shared/common environmental variance (C) and non-shared/unique environmental variance (E) [25]. Additive genetic influences are indicated when monozygotic (MZ) twins are more similar than dizygotic (DZ) twins. Heritability is defined as the proportion of the phenotypic variation attributable to genetic factors, and is given by the equation, h2 = (A)/(A + C + E). The Akaike information criterion (AIC) was used to determine the best-fitting model (among ACE, AE and CE models). The model with the lowest AIC reflects the best balance of goodness of fit and parsimony [25]. The maximum likelihood method of model fitting was applied to the raw data using the R package MET.
We further investigated whether SBP/DBP share underlying genetics factors with the SBP/DBP nutrient scores. We used bivariate genetic model employing Cholesky decomposition and psychometric common pathway model [26,27].

The demographic characteristics of the study population are presented in Table 1. A total of 3889 individuals from TwinsUK with BP measures and estimated nutrient intakes were included in the analysis. Of these, 1326 were MZ pairs, 1946 DZ pairs and 617 singletons. The study sample was predominantly female (97.9%), had mean age 54.9(12.8) years, and slightly overweight (BMI = 25.32(4.41) Kg/m2). See Table 1.

In one of the most comprehensive studies, incorporating 45 nutrients, 9 dietary indices and heritability to investigate diet-BP associations, we identified and replicated 15 nutrients to be associated with SBP and 9 with DBP. We also generated a nutrient score for both SBP and DBP from independently associated nutrients that, respectively, explained 22.2% and 13.6% of the variance in SBP/DBP. Both of which were positively associated with SBP and DBP respectively. Furthermore, we found that 14 out of the 15 unique nutrients were genetically determined, with heritability ranging from 27.1% to 52.7%. This is consistent with previous reports on macro- and micro-nutrients heritability ranging from 21 to 55% [29,30].
Additionally, in line with our previous results [28], we find that both SBP and DBP are heritable (h2 = 53.7% and 57.6% respectively). Here we also report that BP and nutrients share 31.6% and 30% of the genetic influence.
The BP associated nutrients included a mix of macronutrients, amino-acids, vitamins and minerals highlighting the need to look beyond single nutrients when exploring the impact of diet on BP. The largest beneficial effects were observed for B vitamins, riboflavin (vitamin B2) for SBP and biotin (vitamin B7) for DBP.

We thank all the participants for contributing and supporting our research. 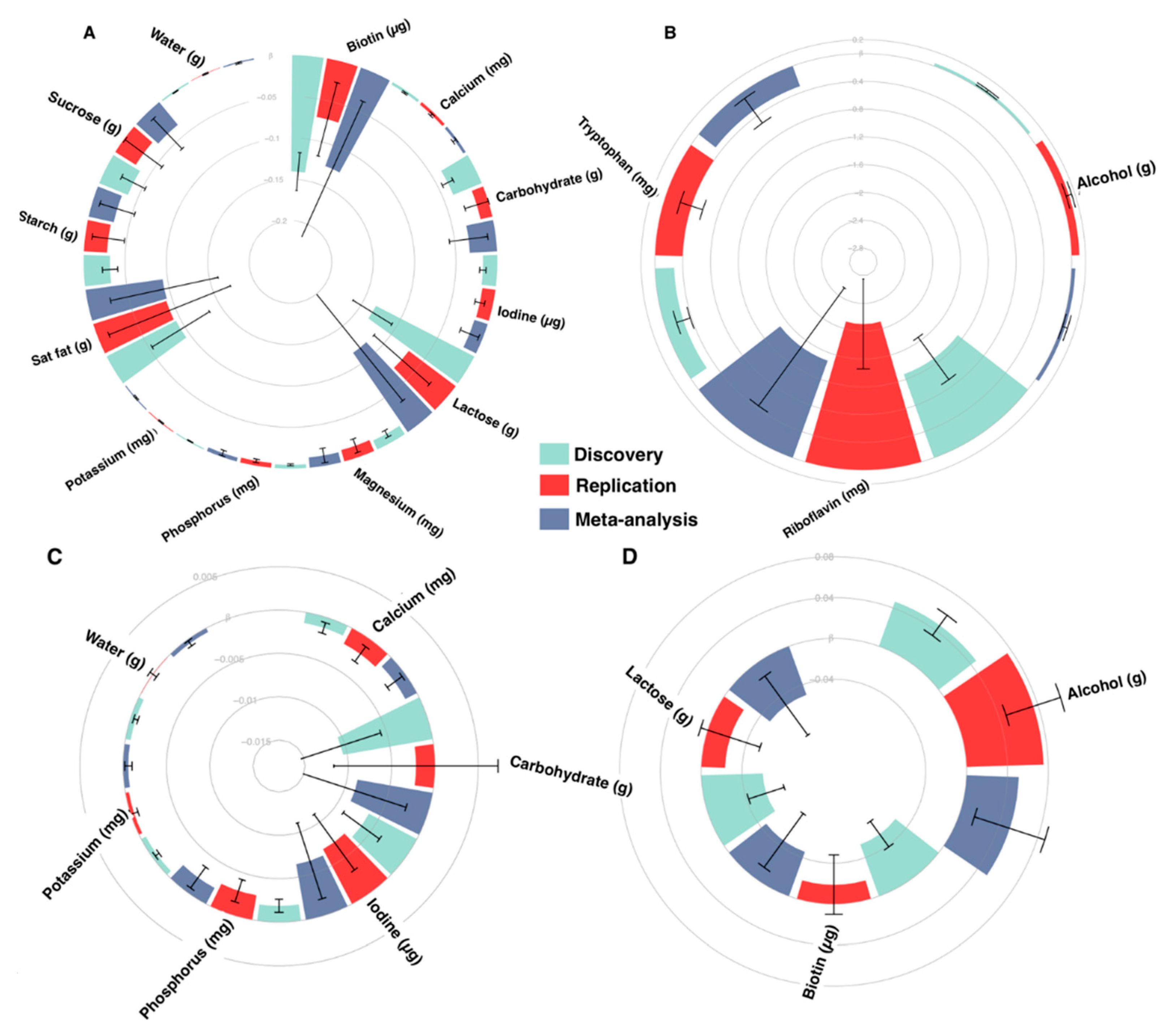 Table 1. Characteristics of the study population (n = 3889).
Table 1. Characteristics of the study population (n = 3889).
BMI, body mass index; SBP, systolic blood pressure; DBP, diastolic blood pressure. * Only nutrients associated with SBP and DBP after adjusting for covariates and multiple testing are included in Table 1. The full list of the nutrients included is provided in Table S2.
© 2020 by the authors. Licensee MDPI, Basel, Switzerland. This article is an open access article distributed under the terms and conditions of the Creative Commons Attribution (CC BY) license (http://creativecommons.org/licenses/by/4.0/).
We use cookies on our website to ensure you get the best experience. Read more about our cookies here.
Accept
We have just recently launched a new version of our website. Help us to further improve by taking part in this short 5 minute survey here. here.
Never show this again