Breakfast in Canada: Prevalence of Consumption, Contribution to Nutrient and Food Group Intakes, and Variability across Tertiles of Daily Diet Quality. A Study from the International Breakfast Research Initiative
Previous Article in Special Issue

The Impact of Epicatechin on Human Cognition: The Role of Cerebral Blood Flow

Epicatechin is a monomeric flavanol found in food sources such as tea, apples, berries and cocoa. A number of large-scale epidemiological studies have demonstrated an association between the consumption of these foods and cognitive function, as well as improved blood flow. The aim of this review is to summarise the evidence from intervention studies to clarify the effect of epicatechin on cognition and to consider the role of increased cerebral blood flow as a mechanism for any effects. The effects of epicatechin as consumed in cocoa are, therefore, reviewed here as this represents the only dietary source where it is purported to be the major active component. Our main findings are that a) the positive modulation of tasks that involve memory, executive function and processing speed in older adults; b) the cognitive benefits are more often shown in studies containing more than 50 mg epicatechin/day; and c) all studies with a duration of 28 days or longer in populations >50 years old demonstrate a cognitive improvement. However, as highlighted by this review, it is not currently possible to attribute effects solely to epicatechin without consideration of synergies. In order to overcome this issue, further studies examining the cognitive effects of epicatechin in isolation are required. The role of cerebral blood flow also requires further investigation through simultaneous measurement alongside cognitive function. View Full-Text
Keywords: epicatechin; cocoa; cognition; cognitive; cerebral blood flow; mood; phenolic; polyphenol; phytochemical epicatechin; cocoa; cognition; cognitive; cerebral blood flow; mood; phenolic; polyphenol; phytochemical
►▼ Show Figures 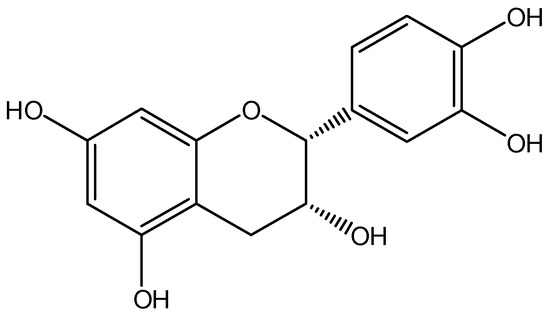