Bus priority routes (BPRs) promote public transport use in urban areas; however, their safety impacts are not sufficiently understood. Along with proven positive mobility effects, such systems may lead to crash increases. This study examines the safety impacts of BPRs, which have been introduced on busy urban roads in three major Israeli cities—Tel Aviv, Jerusalem and Haifa. Crash changes associated with BPR implementation are estimated using after–before or cross-section evaluations, with comparison-groups. The findings show that BPR implementation is generally associated with increasing trends in various crash types and, particularly, in pedestrian crashes at junctions. Yet, the results differ depending on BPR configurations. Center lane BPRs are found to be safer than curbside BPRs. The best safety level is observed when a center lane BPR is adjacent to a single lane for all-purpose traffic. Local public transport planners should be aware of possible negative implications of BPRs for urban traffic safety. Negative safety impacts can be moderated by a wider use of safety-related measures, as demonstrated in BPRs’ operation in Haifa. Further research is needed to delve into the reasons for the negative safety impacts of BPRs under Israeli conditions relative to the positive impacts reported in other countries. View Full-Text
Keywords: safety impacts; bus priority routes; urban roads; crashes; design solutions safety impacts; bus priority routes; urban roads; crashes; design solutions
►▼ Show Figures 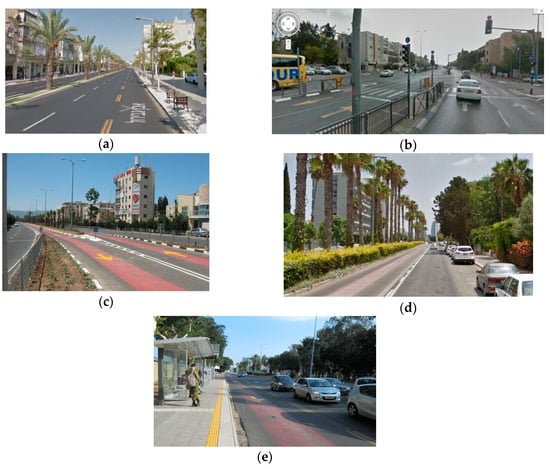