This paper investigates how the implementation of Structural Health Monitoring Systems (SHMS) in the support structure (SS) of offshore wind turbines (OWT) affects capital expenditure (CAPEX) and operational expenditure (OPEX) of offshore wind farms (WF). In order to determine the added value of Structural Health Monitoring (SHM), the balance between the reduction in OPEX and the increase in CAPEX is evaluated. In this paper, guidelines for SHM implementation in offshore WF are developed and applied to a baseline scenario. The application of these guidelines consist of a review of present regulations in the United Kingdom and Germany, the development of SHM strategy, where the first stage of the Statistical Pattern Recognition (SPR) paradigm is explored, failure modes that can be monitored are identified, and SHM technologies and sensor distributions within the turbines are described for a baseline scenario. Furthermore, an inspection strategy where the different structural inspections to be carried out above and below water is also developed, together with an inspection plan for the lifetime of the structures, for the aforementioned baseline scenario. Once the guidelines have been followed and the SHM and inspection strategies developed, a cost-benefit analysis is performed on the baseline case (10% instrumented assets) and three other scenarios with 20%, 30% and 50% of instrumented assets. Finally, a sensitivity analysis is conducted to evaluate the effects of SHM hardware cost and the time spent in completing the inspections on OPEX and CAPEX of the WF. The results show that SHM hardware cost increases CAPEX significantly, however this increase is much lower than the reduction in OPEX caused by SHM. The results also show that an increase in the percentage of instrumented assets will reduce OPEX and this reduction is considerably higher than the cost of SHM implementation. View Full-Text
Keywords: offshore wind; Structural Health Monitoring (SHM); offshore inspection; guidelines; cost-benefit analysis; operational expenditure (OPEX); capital expenditure (CAPEX) offshore wind; Structural Health Monitoring (SHM); offshore inspection; guidelines; cost-benefit analysis; operational expenditure (OPEX); capital expenditure (CAPEX)
►▼ Show Figures 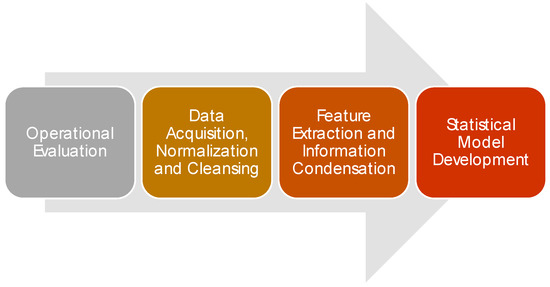