MiXie, an Online Tool for Better Health Assessment of Workers Exposed to Multiple Chemicals
Next Article in Special Issue

Mental Health Promotion and Intervention in Occupational Settings: Protocol for a Pilot Study of the MENTUPP Intervention
Previous Article in Special Issue

Eating Behaviour Changes during the COVID-19 Pandemic: A Systematic Review of Longitudinal Studies

A high prevalence of obesity among children is influenced by serious implications. Obesity mainly results from behavioral factors, such as improper dietary habits. This study aims to evaluate the nutritional status and dietary habits of children aged 6–10 (n = 908) attending primary schools in Poland, Europe. The research tool was a questionnaire that was completed by one of the children’s parents. A statistical analysis was made using statistical software. The value of p = 0.05 was considered to be statistically significant. A total of 74.7% of children surveyed have a normal body mass. As many as 91.7% and 76.6% of children, respectively, eat a first and second breakfast daily. Nearly half of parents (48.9%) state that their child consumes milk or other dairy products daily. A total of 74.3% of children drink water daily. A total of 27.6% eats fish less frequently than once a week. A total of 7.6% of children eat fish several times a week. As many as 20.6% of the respondents state that their child eats brown bread several times a week, whereas 19.9% state that their child never eats brown bread. A total of 55.1% of children eat fruits and/or vegetables daily. A total of 14.1% of children surveyed consume sweets daily. The study revealed a positive correlation between BMI and the frequency of mineral water consumption (p = 0.013) in 9 y.o. girls. It was also revealed that the number of consumed fruit/vegetables increases with the BMI value among 10 y.o. boys (p = 0.044). Conclusions: The dietary habits of the investigated children are still improper. There is a great need for education on this issue, but family involvement is also required. View Full-Text
Keywords: children; dietary habits; obesity; overweight children; dietary habits; obesity; overweight
►▼ Show Figures 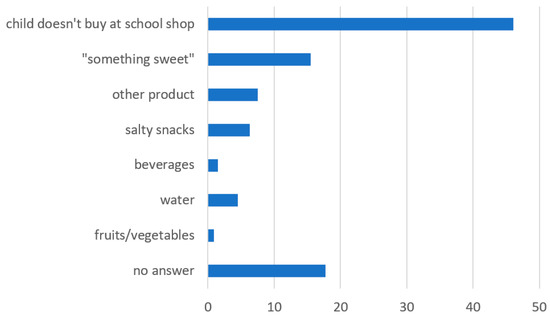