Obesity is an excessive adipose tissue accumulation that may have detrimental effects on health. Particularly, childhood obesity has become one of the main public health problems in the 21st century, since its prevalence has widely increased in recent years. Childhood obesity is intimately related to the development of several comorbidities such as nonalcoholic fatty liver disease, dyslipidemia, type 2 diabetes mellitus, non-congenital cardiovascular disease, chronic inflammation and anemia, among others. Within this tangled interplay between these comorbidities and associated pathological conditions, obesity has been closely linked to important perturbations in iron metabolism. Iron is the second most abundant metal on Earth, but its bioavailability is hampered by its ability to form highly insoluble oxides, with iron deficiency being the most common nutritional disorder. Although every living organism requires iron, it may also cause toxic oxygen damage by generating oxygen free radicals through the Fenton reaction. Thus, iron homeostasis and metabolism must be tightly regulated in humans at every level (i.e., absorption, storage, transport, recycling). Dysregulation of any step involved in iron metabolism may lead to iron deficiencies and, eventually, to the anemic state related to obesity. In this review article, we summarize the existent evidence on the role of the most recently described components of iron metabolism and their alterations in obesity. View Full-Text
Keywords: anemia; childhood obesity; iron; metabolic syndrome; metabolism; obesity anemia; childhood obesity; iron; metabolic syndrome; metabolism; obesity
►▼ Show Figures 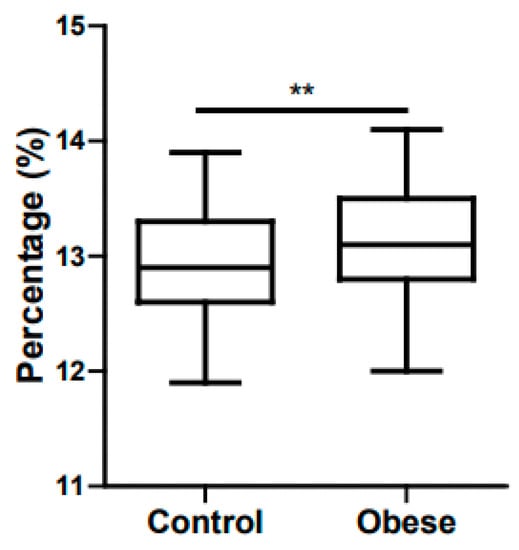