Geographic information systems (GIS) and multicriteria decision methods are robust techniques for supporting the urban planning process, including urban drainage. New low-impact management approaches (LID) for rainwater have been investigated and have become increasingly used. Considering the central region of Pato Branco city, which suffers recurrent problems related to flooding, this work presents a method to identify potential areas for the application of LIDs, such as rainwater collection tanks, permeable pavements, green roofs, and rain gardens. The identification of these areas is based on the analysis in a GIS environment considering criteria related to both the land slope, the characteristics of land use and technical parameters. Thus, we observe that rainwater collection tanks are indicated for all habitations, permeable pavements are recommended for 6.30% of the study area, while green roofs can be implemented in 3.97% of the area. Finally, 3.03% can receive rain gardens. In total, 13.30% of the central region of Pato Branco can receive LIDs. The results obtained reveal that the use of the GIS tool associated with multicriteria analysis is efficient in choosing locations for the implementation of LIDs as alternatives for the management of urban drainage.
Keywords: geographic information system; multicriteria analysis; urban drainage; LID geographic information system; multicriteria analysis; urban drainage; LID

In this work, we investigate a method for selection of areas with the potential for an application of four types of LID: 1. rain gardens, 2. permeable pavements, 3. rainwater harvesting, and 4. green roofs. We have opted for these LIDs because of the ease of implementation in areas with consolidated urbanization, with retrofit capacity in a wide range of land use configurations [24,44,45]. In addition, they are sustainable practices, common for rainwater management, with benefits in reducing flow volumes and peak hydrograph [46,47,48,49]. The method workflow is represented in Figure 1.

The study area comprises the central urban area of Pato Branco city (Figure 2). Pato Branco is located at coordinates 52°43′ S and 52°37′ W in Paraná State, Brazil’s south region. The total geographical area is 539,029 km2. The central urban area was chosen because that region is susceptible to recurrent flooding and it is a place with high traffic of people and economic, commercial, and residential interest.
According to the Brazilian Institute of Geography and Statistics (IBGE), Pato Branco has an estimated population of 82,881 inhabitants in 2019 [50], with 94.09% residing in the urban area and 5.91% in the rural area. Therefore, the municipality has an approximate demographic density of 134.25 inhabitants/km2. This region has a temperate climate of the Cfb type, with well-distributed rains throughout the year. According to the database of the Instituto de Águas do Paraná (Paraná Water Institute), Pato Branco has an average annual rainfall of 2089 mm (considering 30 years of historical data).

The methodology proposed here is based on the multicriteria analysis in a Geographic Information System (GIS) environment. For this, the ArcGIS 10 software was used. In the GIS environment, all the necessary information was organized in layers, sharing a single database. To ensure geospatial compatibility, all information layers were spatially referenced according to the Brazilian Geodetic System, which adopts the Reference System for the Americas—2000 (SIRGAS 2000).
The slope map (Figure 3b) of the study area was generated from the elevation contour every 5 m. In this step, the Digital Elevation Model (DEM) (Figure 3a) was generated from the interpolation by the topo to raster method (ANUDEM) [51]. ANUDEM is a method of morphological interpolation from scattered surface elevation points, elevation contours, streamlines, and others. This model is considered as hydrologically correct to produce DEMs [52,53]. Thus, the slope raster is calculated from the maximum rate in elevation over distance, considering the DEM cell and its eight neighbors. The slope value is calculated by applying the average maximum technique [54].
To obtain the updated cartographic base of the study area, we used multispectral images from the WorldView satellite with a spatial resolution of 50 cm. In this step, the images were vectorized to extract the features of interest according to each LID model. Sidewalks, parking, and squares have been identified as potential areas for permeable pavements. Buildings with slabs were identified for the implementation of green roofs. Finally, parks and areas with vegetation are of interest for the installation of rain gardens.

2.3. Identification of Conditions for the Implementation of LIDs

The constraints related to the implantation of LIDs in urban areas were defined according to the data observed in the literature [33,35,38,55,56,57] (Table 1). In the table, the “required area size” indicates the criteria for implementing the LID in terms of the required area extension. Slope restrictions are established by design criteria, where low slope areas will ensure lower investment costs for surface modification, higher natural storage capacities, and longer infiltration times due to low flow velocities compared to the high slope areas [58]. Land use refers to the type of cover to which each LID is associated.

After the identification of the areas that meet the requirements for LIDs implementation, we proceeded with the exclusion of areas that were not following the adopted premises (Table 1). For this, it was applied to the map algebra between the map of the possible place of LIDs application and the restrictions maps to verify the areas where the LID can be applied.
Thus, the areas suitable for the permeable pavements consist of sidewalks, parking lots, and squares with a slope of less than 5%. For rain garden adoption, we selected parks and areas with vegetation and slope of less than 12%. Regarding green roofs, the only limiting factor for their use is the type of roof, which must be of the flat slab type.
In this work, we have integrated all information levels based on the GIS environment. Thus, the geospatial data and technical criteria have been normalized using the fuzzy technique, as described in [59]. Fuzzy logic has been extensively applied in various studies, primarily in the treatment of spatial data and real-world representation [58,60,61,62]. Areas unsuitable for the installation of the LID were excluded by applying Boolean logic. The Boolean model involves a logical combination of binary maps using conditional operators of type A AND B (returns the intersection A ∩ B), A NOT B (returns the elements contained only in A), A OR B (returns the elements of A and B except those at the intersection A ∩ B). The result is expressed in binary form, 0 for not satisfied, and 1 for satisfied.

To contextualize the potential areas for the implementation of LIDs concerning the occurrence of floods or critical areas for runoff, we also generated the map of susceptibility to flooding events. The overall workflow for this analysis is represented in Figure 4.
In this case, for the multicriteria analysis, the AHP process was used [63]. The AHP technique is a compensatory mathematical model [64], which was used to define the weights of the criteria. Once weights were defined, the flood susceptibility map was generated from map algebra using a weighted linear combination (WLC). Thus, the map algebra to generate the flood susceptibility map (FSM) was applied according to Equation (1):

Stimulated by the challenge of adapting cities to climate change, rainwater management is one of the priorities for sustainable development. In this sense, LIDs aim to restore the hydrological flow regime of urban areas, promoting infiltration, retention and evapotranspiration in the place. However, the effectiveness of LIDs is influenced not only by their design, but also by their location.
In a general context, the methodology used can identify areas with potential applications of LIDs to improve the management of rainwater. In this sense, the methods analyzed are alternatives for the management of urban drainage and, consequently, can minimize the impacts caused by the urbanization process and contributes to the natural water cycle in the urban environment.
Finally, we can conclude that the use of geoprocessing and multicriteria analysis tools are effective in the management of the urban territory. The proposed methodology assists individuals who may be interested in using one of the LIDs techniques in their homes, as well as companies and government agencies in aid decision-making and urban planning with a focus on sustainable urban drainage. Thus, the adoption of LID can bring numerous benefits, acting in an integrated manner with existing drainage structures. Even without the elimination of flood events, the adoption of sustainable drainage techniques contributes to the mildness of the climate, increased biodiversity, and the quality of the water that reaches the rivers.
The proposed model can be applied to other regions that are also susceptible to flooding, with adaptation to local characteristics and scenery. Besides, the model can be improved by adding criteria such as social and economic characteristics, which can be incorporated into the modeling proposed here. For practical use of the results, modeling and field studies must be considered to take into account all the complex watershed processes necessary to define the project specifications before implementation. In further investigations, the complexity of the model will be increased when an adaptive decision tree will be implemented, based on social, economic criteria, public facilities, and other dimensions that can impact the concept of the smart city. 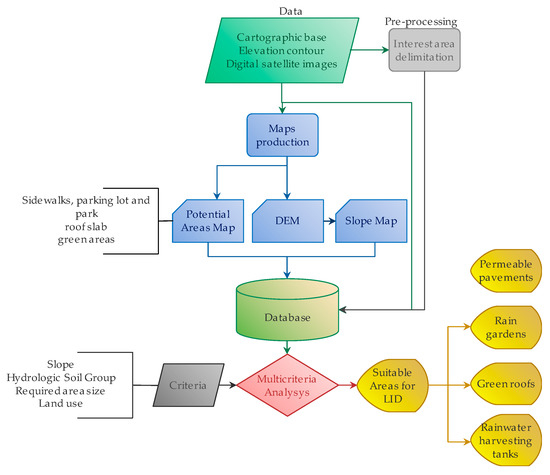 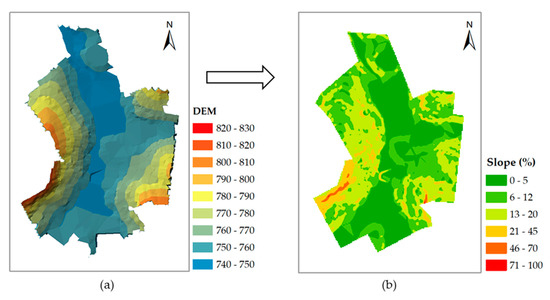 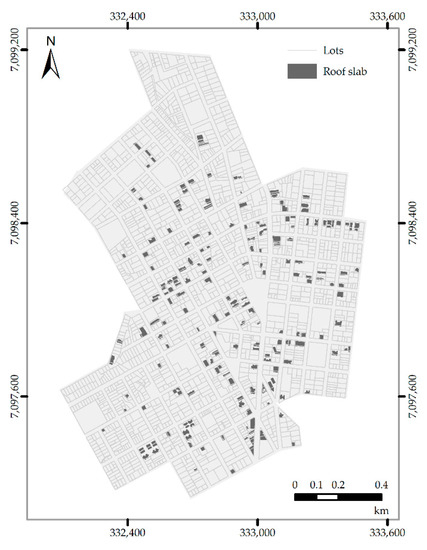 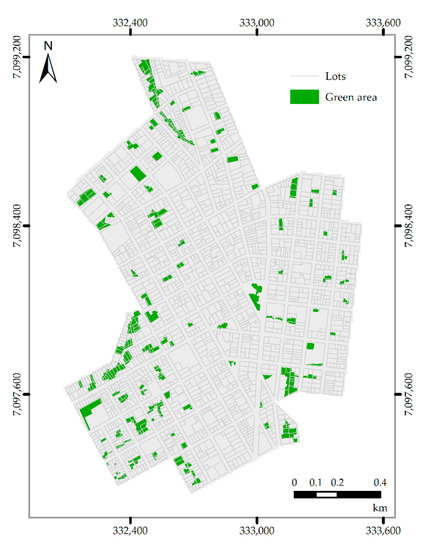 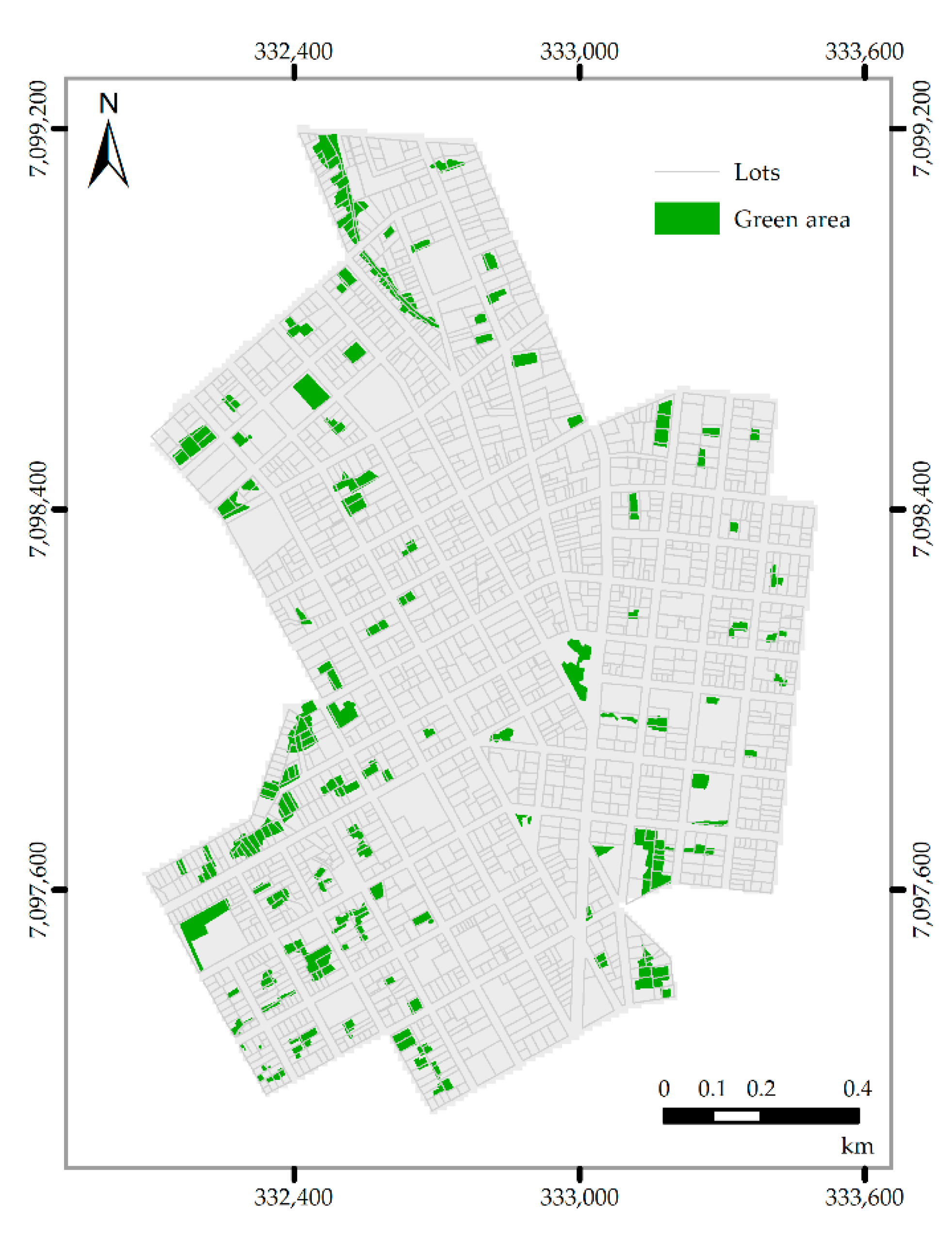 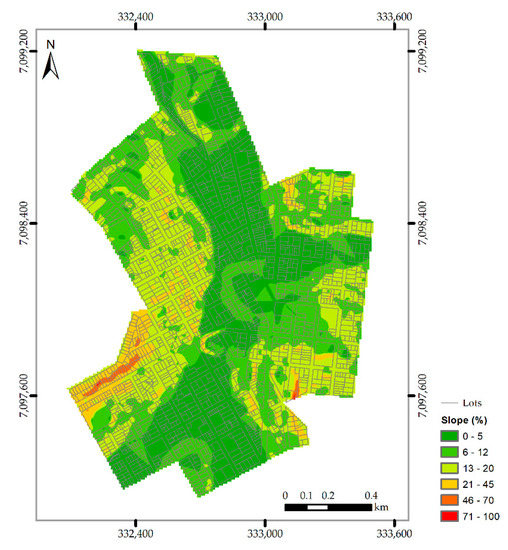 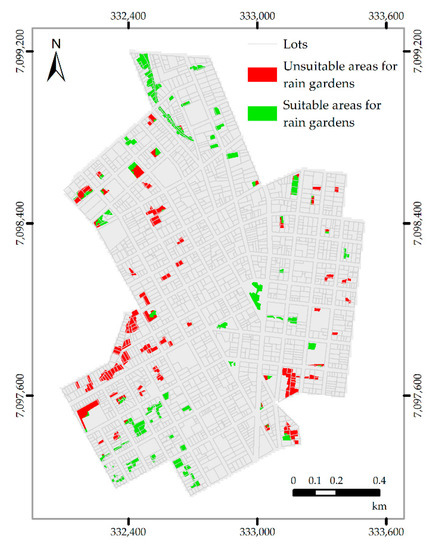 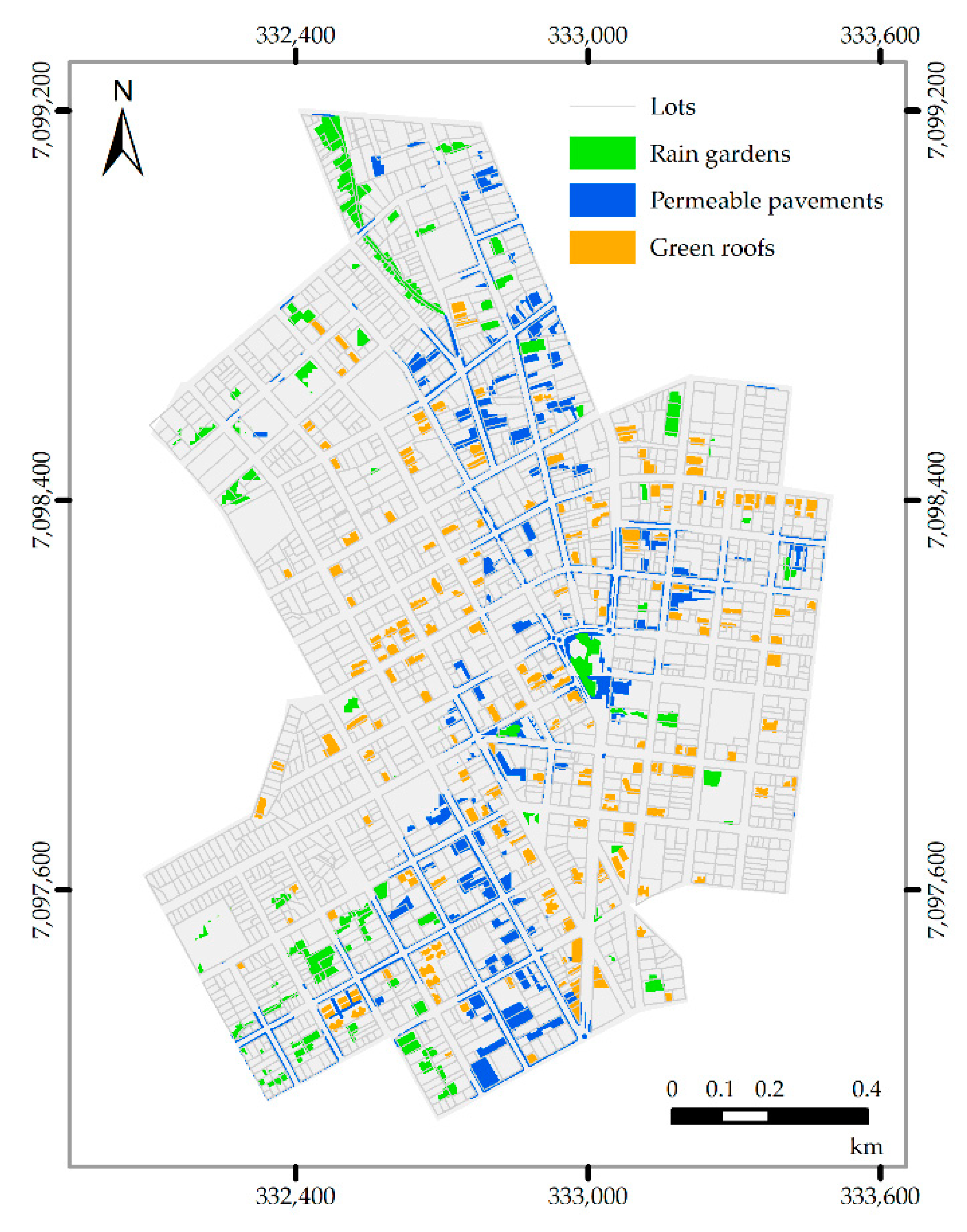 Table 3. Dimensioning of areas suitable for rainwater harvesting.
Table 3. Dimensioning of areas suitable for rainwater harvesting.
© 2020 by the authors. Licensee MDPI, Basel, Switzerland. This article is an open access article distributed under the terms and conditions of the Creative Commons Attribution (CC BY) license (http://creativecommons.org/licenses/by/4.0/).
We use cookies on our website to ensure you get the best experience. Read more about our cookies here.
Accept
We have just recently launched a new version of our website. Help us to further improve by taking part in this short 5 minute survey here. here.
Never show this again