Sustainable Management of Underwater Cultural Heritage: The Route from Discovery to Engagement—Open Issues in the Mediterranean
Previous Article in Special Issue

New Insights into Synthetic Copper Greens: The Search for Specific Signatures by Raman and Infrared Spectroscopy for Their Characterization in Medieval Artworks

A systematic investigation of medieval copper green pigments was carried out based on written sources: 21 manuscripts, dating from 50–70 to 1755 AD, were sourced and 77 recipes were selected, translating into 44 experiments. Reconstructions from medieval recipes were prepared and characterized through a multianalytical approach to disclose the original pigment formulation that is often described as verdigris. Based on the results obtained, we propose three main groups of copper green pigments, group 1, in which only Cu(CH3COO)2·H2O is formed; group 2, where this acetate is found together with copper oxalates; group 3, in which atacamite is present as the major green component or as a signature compound. The products formed are in perfect agreement with that predicted by the state-of-the-art research on the mechanisms of atmospheric corrosion of copper. This knowledge, together with our experience on craft recipes to prepare medieval paint materials, allowed us to recover a lost medieval recipe to produce a copper green pigment based mainly on atacamite, a basic copper chloride, which has been recently detected, by Raman and infrared spectroscopy, in artworks ranging from Catalonia and the Crown of Aragon panel painting to Islamic manuscripts. View Full-Text
Keywords: copper green pigments; medieval pigments; conservation; Raman microscopy; infrared spectroscopy copper green pigments; medieval pigments; conservation; Raman microscopy; infrared spectroscopy
►▼ Show Figures 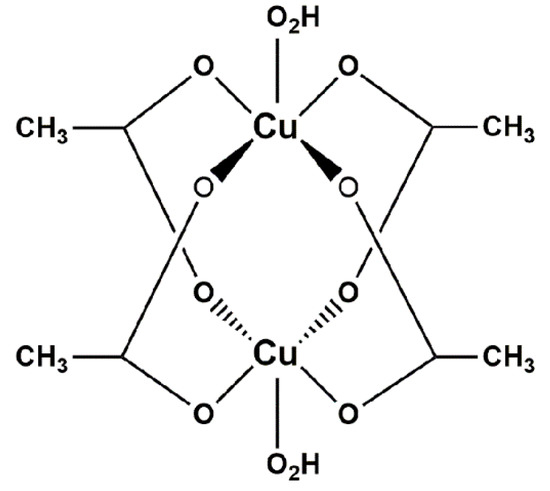 
Buse, Juliana, Vanessa Otero, and Maria J. Melo. 2019. "New Insights into Synthetic Copper Greens: The Search for Specific Signatures by Raman and Infrared Spectroscopy for Their Characterization in Medieval Artworks" Heritage 2, no. 2: 1614-1629. https://doi.org/10.3390/heritage2020099