An ionized physical vapor deposition technique for thin ferromagnetic films is proposed. The technique is based on high power impulse magnetron sputtering (HiPIMS) with positive discharge polarity. A gapped-target was employed as the cathode of the magnetron. By applying positive HiPIMS pulses to the anode, sputtered particles inside the magnetron source were ionized and extracted through the gap. Using a discharge current with a peak of about 13 A, an ion flux in the order of 1021 m−2s−1 was obtained at a distance of 45 mm from the magnetron. In addition, deposition rates of up to 1.1 Å/s for nickel films were achieved using a 30 Hz repetition rate and 300 µs pulse width. View Full-Text
Keywords: ionized physical vapor deposition; magnetron sputtering; HiPIMS; ferromagnetic thin films ionized physical vapor deposition; magnetron sputtering; HiPIMS; ferromagnetic thin films
►▼ Show Figures 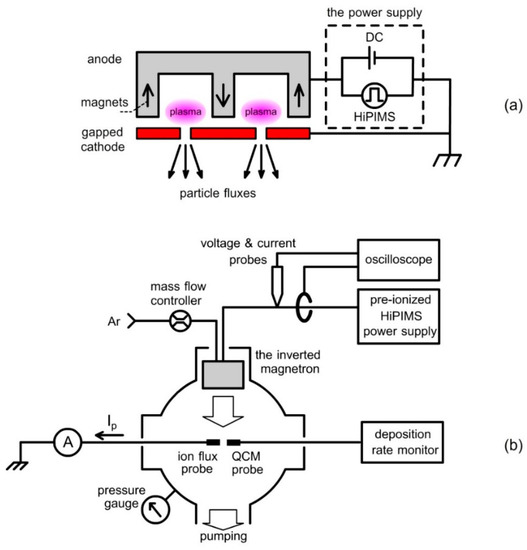