Wreckfish (Polyprion americanus). New Knowledge About Reproduction, Larval Husbandry, and Nutrition. Promise as a New Species for Aquaculture
Next Article in Special Issue

Prevalence and Risk of Anisakid Larvae in Fresh Fish Frequently Consumed in Spain: An Overview 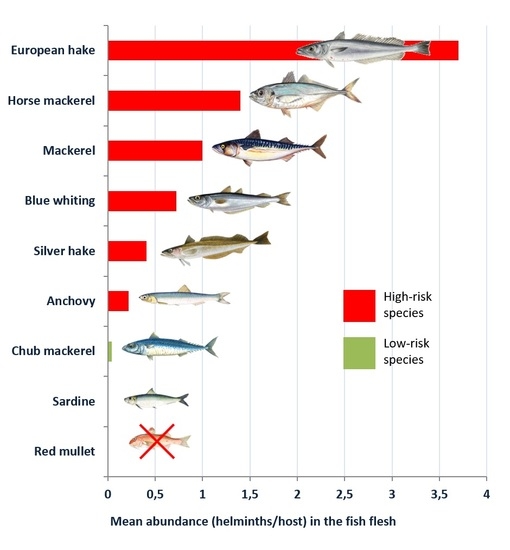