European Markets for Cultured Meat: A Comparison of Germany and France
Previous Article in Journal

Living the Sweet Life: How Liquorilactobacillus hordei TMW 1.1822 Changes Its Behavior in the Presence of Sucrose in Comparison to Glucose
Previous Article in Special Issue

Is There Scope for a Novel Mycelium Category of Proteins alongside Animals and Plants?

In the 21st century, we face a troubling trilemma of expanding populations, planetary and public wellbeing. Given this, shifts from animal to plant food protein are gaining momentum and are an important part of reducing carbon emissions and consumptive water use. However, as this fast-pace of change sets in and begins to firmly embed itself within food-based dietary guidelines (FBDG) and food policies we must raise an important question—is now an opportunistic time to include other novel, nutritious and sustainable proteins within FBGD? The current paper describes how food proteins are typically categorised within FBDG and discusses how these could further evolve. Presently, food proteins tend to fall under the umbrella of being ‘animal-derived’ or ‘plant-based’ whilst other valuable proteins i.e., fungal-derived appear to be comparatively overlooked. A PubMed search of systematic reviews and meta-analytical studies published over the last 5 years shows an established body of evidence for animal-derived proteins (although some findings were less favourable), plant-based proteins and an expanding body of science for mycelium/fungal-derived proteins. Given this, along with elevated demands for alternative proteins there appears to be scope to introduce a ‘third’ protein category when compiling FBDG. This could fall under the potential heading of ‘fungal’ protein, with scope to include mycelium such as mycoprotein within this, for which the evidence-base is accruing. View Full-Text
Keywords: fungal protein; health; human research; mycelium; mycoprotein; protein classification; scientific awareness fungal protein; health; human research; mycelium; mycoprotein; protein classification; scientific awareness
►▼ Show Figures 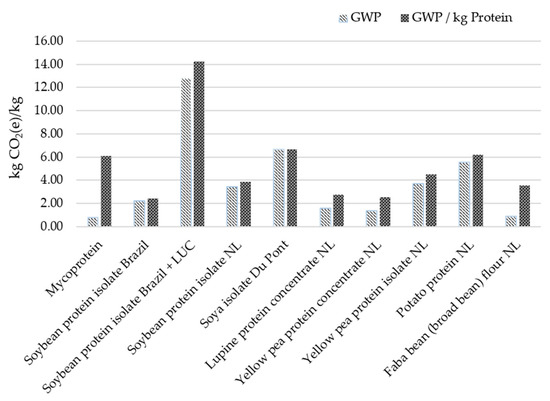 Derbyshire, E.J. Is There Scope for a Novel Mycelium Category of Proteins alongside Animals and Plants? Foods 2020, 9, 1151.


Derbyshire EJ. Is There Scope for a Novel Mycelium Category of Proteins alongside Animals and Plants? Foods. 2020; 9(9):1151.