Expressing History through a Geo-Spatial Ontology

:
Conventional Geographical Information Systems (GIS) software struggles to represent uncertain and contested historical knowledge. An ontology, meaning a semantic structure defining named entities, and explicit and typed relationships, can be constructed in the absence of locational data, and spatial objects can be attached to this structure if and when they become available. We describe the overall architecture of the Great Britain Historical GIS, and the PastPlace Administrative Unit Ontology that forms its core. Then, we show how particular historical geographies can be represented within this architecture through two case studies, both emphasizing entity definition and especially the application of a multi-level typology, in which each “unit” has an unchanging “type” but also a time-variant “status”. The first includes the linked systems of Poor Law unions and registration districts in 19th century England and Wales, in which most but not all unions and districts were coterminous. The second case study includes the international system of nation-states, in which most units do not appear from nothing, but rather gain or lose independence. We show that a relatively simple data model is able to represent much historical complexity.
Keywords:
administrative units; ontology; historical geography; England and Wales; Poor Law unions; registration districts; countries; borders

The research presented here is a work in progress, so far for 25 years, and one lesson is that a given body of historical information must take on new forms both as new demands are made on it and as technology evolves: the object-relational software we now use to combine the semantic and the spatial barely existed when we started, and certainly lacked the performance that we now need, to support not only our research, but also a web site reaching a mass audience.
By now, we have mapped most of the administrative geographies that matter for Britain over the last 200 years, and the coverage presented here for the Poor Law and registration geographies is a very mature system that is rich in exact dates of changes and the other precise details of local history. However, we hope that we have shown that this is not mere cartographic antiquarianism, but an essential tool in the analysis of historical statistics, and the charting of long-run social and economic changes. In some senses, the most important output from this work is not statistical maps but rather a long-run time series, GIS technology enabling us to re-district data from the diverse reporting geographies used at different dates to a single constant reporting geography.
Work on multi-national historical GIS is far less developed, and for now, our main aim is to create a historically reliable online reference resource, which may one day become a framework for the integration of national historical GIS. We continue to be surprised that no one else seems to be attempting this task, but this partly reflects the failure of a whole series of proposals for multi-national projects, often because the need to include many national partners led to excessive budgets. Our priority is to create not a very large system, in terms of numbers of sub-national units included, but rather a system that is very thoroughly grounded in historical sources.

The construction of the GB historical GIS and the Administrative Unit Ontology since 1994 has been the work of a large and changing team, but we particularly note the work of Ian Gregory in creating the original time-variant GIS. We also acknowledge the contribution of our partners in the QVIZ project to internationalizing the system. Lastly, we thank Bogumił Szady of the Institute of History, Polish Academy of Sciences, and Francesco Beretta of the Laboratoire de Recherche Historique Rhône–Alpes, CNRS/Université de Lyon, for their contributions to Section 4 of this paper.

There are at least six countries that are somewhat problematic:
Additionally, there are states that claim existence but are not in the LSIB [51]: 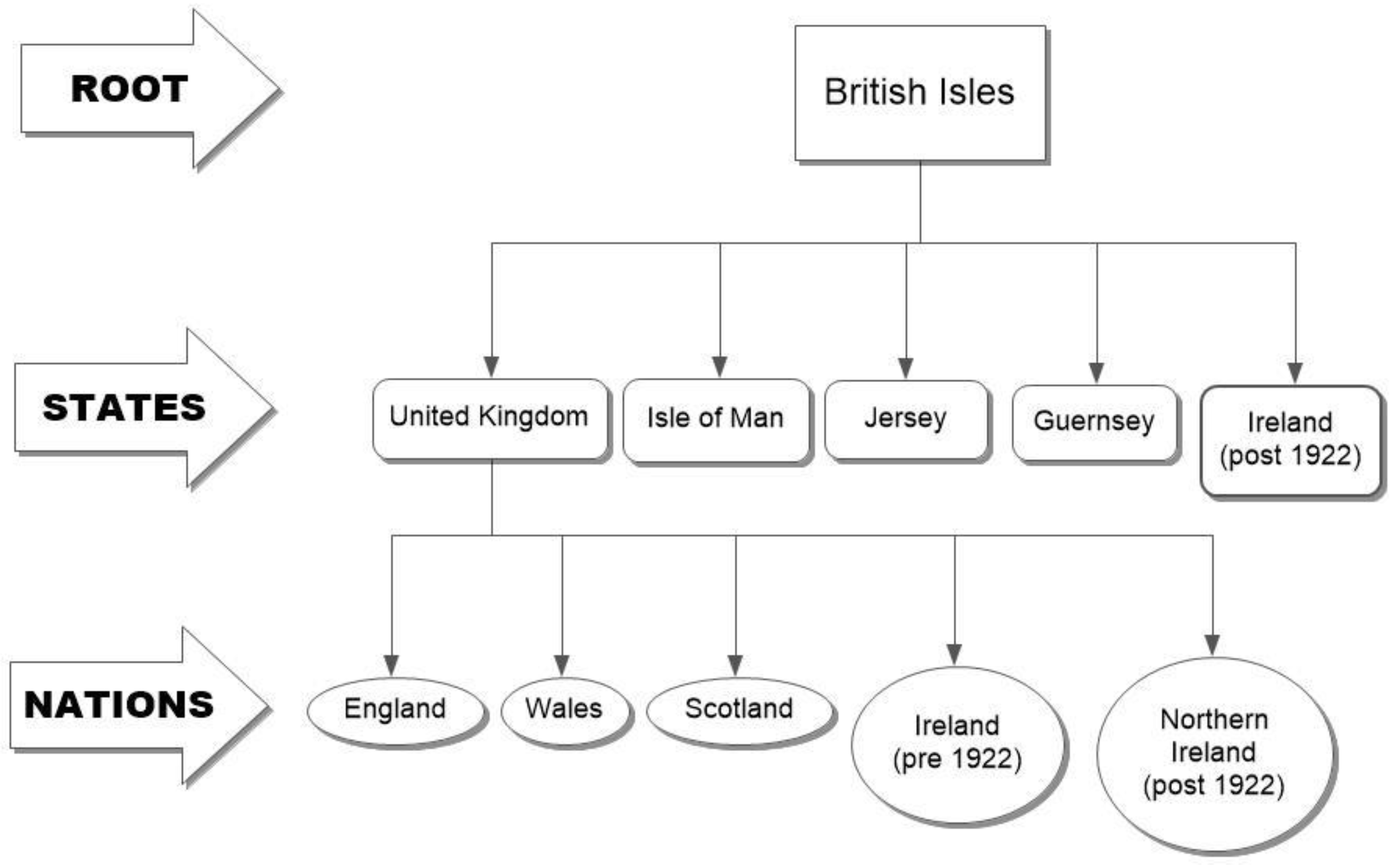 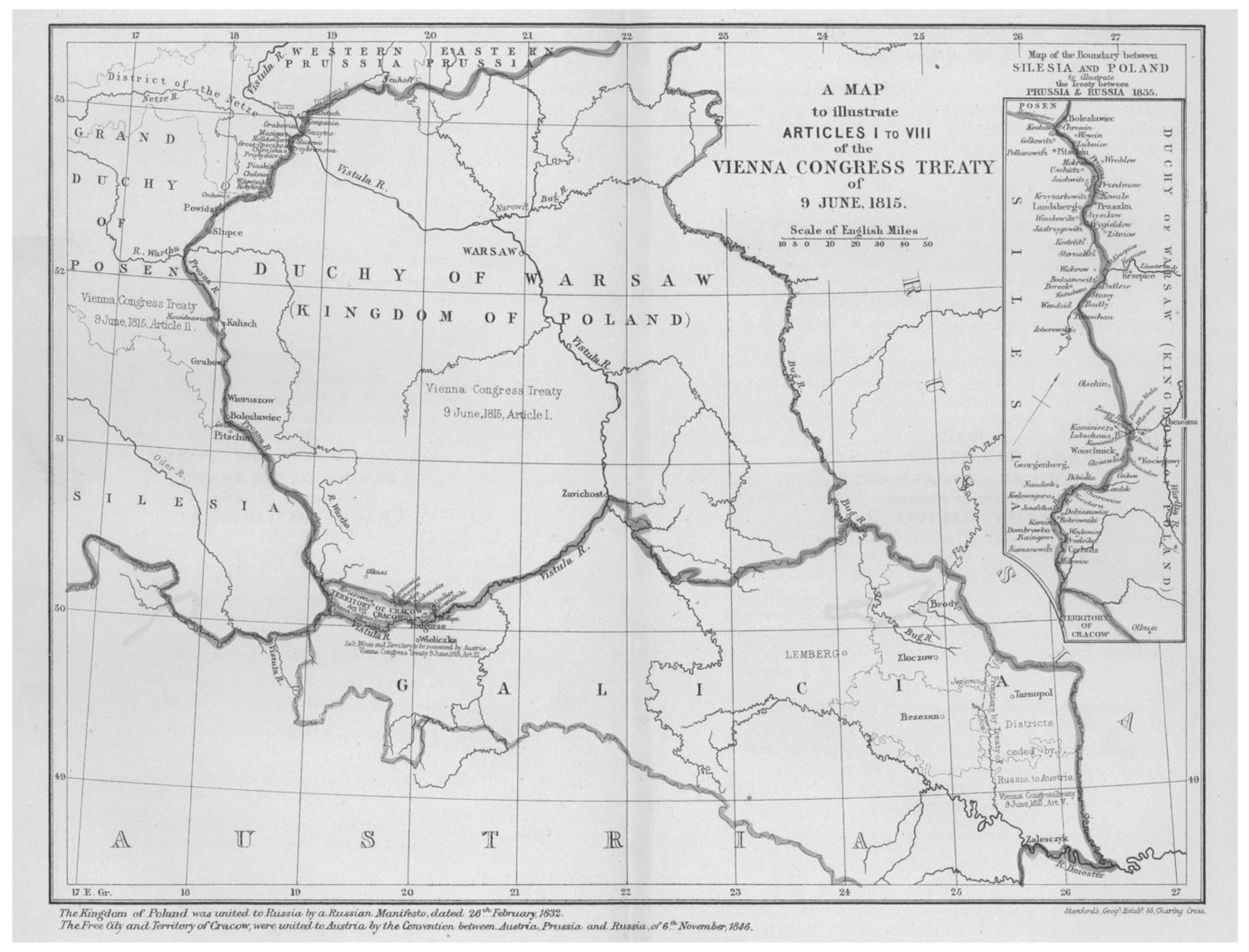