Metabolic shift is one of the major hallmarks of cancer development. Estrogen receptor (ER) activity has a profound effect on breast cancer cell growth through a number of metabolic changes driven by its effect on transcription of several enzymes, including carbonic anhydrases, Stearoyl-CoA desaturase-1, and oncogenes including HER2. Thus, estrogen receptor activators can be expected to lead to the modulation of cell metabolism in estrogen receptor positive cells. In this work we have investigated the effect of 17β-estradiol, an ER activator, and ferulic acid, a carbonic anhydrase inhibitor, as well as ER activator, in the absence and in the presence of the carbonic anhydrase inhibitor acetazolamide on the metabolism of MCF7 cells and MCF7 cells, stably transfected to express HER2 (MCF7HER2). Metabolic profiles were studied using 1D and 2D metabolomic Nuclear Magnetic Resonance (NMR) experiments, combined with the identification and quantification of metabolites, and the annotation of the results in the context of biochemical pathways. Overall changes in hydrophilic metabolites were largest following treatment of MCF7 and MC7HER2 cells with 17β-estradiol. However, the carbonic anhydrase inhibitor acetazolamide had the largest effect on the profile of lipophilic metabolites.
Keywords: 17β-estradiol; ferulic acid; carbonic anhydrase; ER + cells; metabolomics; cancer metabolism; acetazolamide 17β-estradiol; ferulic acid; carbonic anhydrase; ER + cells; metabolomics; cancer metabolism; acetazolamide

Cancers, including breast cancer, remain a major challenge for healthcare. The complexity and adaptability of this disease continues to evade the development of effective and safe therapies. In the era of personalized medicine, the high throughput analysis of cancer metabolism under different challenges, i.e. metabolomics, is expected to provide significant novel information and tools for the analysis of drug resistance, which remains one of the major clinical setbacks in cancer treatment [1,2]. Breast cancer is a heterogeneous disease with different subtypes presenting distinct cellular and molecular characteristics. The presence or absence of a number of hormone receptors in breast cancer subtypes is an important indicator used for the optimization of therapeutic strategies [3]. Hormone receptors defining breast cancer subtypes are estrogen receptor alpha (ERα), progesterone receptor (PR) and the human epidermal growth factor receptor 2 HER2/neu (HER2 or ERBB2). These receptors may be present individually or in various combinations, which may provide information into the aggressiveness of the tumor and determine the therapeutic strategy [4,5,6,7]. ERα plays a crucial role in the development of hormone-dependent breast cancer and is present in more than 70% of breast tumors.
ERα, once activated with estradiol or other agonists, acts both directly as a transcription factor and indirectly by the modulation of other pathways involved in chromosome replication, cell cycle regulation, cell survival, and growth factor signaling [8,9]. The activation of the ERα pathway by estradiol increases cell proliferation and induces many genes directly involved in metabolism, such as glycolytic and lipogenic enzymes. Similarly, HER2 expression is also associated with enhanced lipogenesis. The transcription factor activity of ERα regulates the expression of metabolic enzymes that are providers of building blocks for cellular growth [10,11]. One of these ERα targets is stearoyl-CoA desaturase-1 (SCD1) [12]. SCD1 is the principal supplier of monounsaturated fatty acids that are necessary for optimal membrane fluidity and membrane biogenesis and has emerged as a potential therapeutic target for lung, prostate, and breast cancer [12,13,14]. Estradiol activation of ERα also leads to increased expression of carbonic anhydrase XII [15,16,17]. Carbonic anhydrases (CA) are a family of 10 isoenzymes with different enzymatic properties and various subcellular localizations [18]. CA are metaloenzymes that form bicarbonate from a reversible hydration of CO2, thereby regulating the microenvironment acidity and tumor malignant phenotype [19]. In addition, CA modulates tumor microenvironment acidity by supporting lactate flux in cancer cells [20], thus the inhibition of CA isozymes is a promising anti-cancer therapy [20,21].
Ferulic acid (FA, 4-hydroxy-3-methoxy cinnamic acid) is an active compound derived from Angelica sinensis, known to have several biological activities, including antioxidant, anti-inflammatory, anti-cancer, and anti-apoptotic properties [22]. Moreover, FA can activate ERα in a manner that has been shown to be comparable to that of estradiol, stimulating MCF7 mammary carcinoma cell proliferation and inducing increased expression of both HER2 and ERα genes [23]. Interestingly, FA also has significant antioxidant effects, and can inhibit several metalo-enzymes, including CA [16,17].
In this study, the impact of estradiol and FA, both ERα activators, on breast cancer cell metabolism was investigated with and without CA inhibition using the pan-CA inhibitor acetozolamide. The effects on metabolism were measured in the ER positive MCF7 breast carcinoma cell line using a previously-developed NMR-based metabolomics method [24,25,26] for both quantitative and qualitative analyses of hydrophilic and lipophilic cellular extracts.

Cell culture media (DMEM/F12, RPMI-1640 and phenol red free-media) and charcoal stripped FBS were purchased from Hyclone Fisher. Normal FBS was from Wisent and penicillin/streptomycin were from Lonza. 17beta-estradiol (17β-ED), deuterium oxide and DMSO were purchased from Sigma-Aldrich. The ferulic acid and acetazolamide were from Biovision and Cedarlane Labs, respectively.

MCF7 and MCF10A cell lines were purchased from the American Type Culture Collection (Manassas, VA). The MCF7HER2 cells were generously provided by Dr L.C. Murphy from the University of Manitoba. MCF7 and MCF7HER2 cells were cultured in RPMI 1640 supplemented with 10% FBS. MCF10A cells were cultured in DMED/F12 supplemented with 100 ng/mL cholera toxin, 10% FBS, 100 U/mL penicillin and 10 µg/mL streptomycin. The three cell lines were maintained at 37 °C in a humidified environment with 5% CO2. Before treatments cells were cultured for one week in phenol red-free medium supplemented with 10% charcoal-stripped FBS to starve cells from steroid hormones as previously described [12]. The cells were then treated for 5 days with the ER agonists FA (10 μM) or 17β-ED (2 nM). Acetazolamide (100 μM) was then added to the culture medium for one more day prior to analyses. 17β-ED was dissolved in ethanol, ferulic acid and acetazolamide were both prepared in DMSO.

5 × 103 cells were seeded in 96-well plates and cultured under the conditions described above. Cell viability was assessed using Cell titer blue (Promega) following the manufacturer’s instructions. Briefly, 20 μL of Cell titer blue was added to 100μl of media containing the treated cells and incubated for 1h at 37 °C. Then the microplate was subjected to analysis (544nm excitation/590nm emission) on a fluorescence microplate reader (VarioSkan, Thermo Scientific Corporation,). For Western blots, trypsinized MCF7, MCF7HER2 and MCF10A cells were washed in cold PBS and lysed in 50 mM tris-HCl pH 7.6, 150 nM NaCl, 2 mM EDTA and 1% Nonidet-P40 containing a cocktail of protease inhibitors (Roche). Proteins were quantified with the EZQ Protein Quantitation kit (Molecular Probes) and were separated on 4%–15% polyacrylamide Criterion TGX precast gel (Bio Rad). The separated proteins were transferred to polyvidine difluoride membranes and HER2 and SREBP-1 were detected using Cell Signaling (cat # 3250S) and BD Biosciences (Cat#557036) antibodies, respectively.

The hydrophilic metabolites were extracted as previously described [32]. Briefly, the treated cells were trypsinized, rinsed twice with PBS, centrifuged at 300× g for 1-min, and the pellet was kept on ice for 5 min. The pellets were resuspended in 1 mL 50% (v/v) acetonitrile/water, incubated on ice for 10 min, centrifuged at 16,000× g for 10 min at 4 °C, and the resulting supernatant was collected and evaporated under a stream of N2.
For the lipophilic metabolites the treated and trypsinized cells were washed in PBS and resuspended in 96 mL cold methanol/water (3.36/1, v/v) as previously described [25] . Samples were sonicated 3 times with 1-min cycles and 1-min wait periods. Cold chloroform was then added to the suspension in glass tubes and stored overnight at 4 °C. The following day cold chloroform and cold water (3.7 mL/pellet each) were added to the tubes, and samples were vortexed for 30 s. Homogenates were centrifuged at 200× g for 5 min at 4 °C. The lower phase containing the lipophilic metabolites was recuperated and dried down under a stream of N2 [39].

Peak assignment was performed using several methods developed in our group and elsewhere and was based on metabolic NMR databases [42,43] Spectra for around 40 metabolites used in quantification were obtained from the Human Metabolomics Database [42] or the Biological Magnetic Resonance Databank [43] and were further analyzed visually and compared to the obtained spectra. An automated method for quantification based on multivariable linear regression of spectra with appropriately aligned metabolite data from databases was previously described in detail [24,25,26] and was used in this study. The assumption behind this approach is that the spectrum of a mixture is the same as the combination (sum) of spectra of individual components measured under the same conditions. Relative metabolite concentrations were estimated using nonlinear curve-fitting with the multivariate least-squares approach. The linear regression result was used as the starting point, and the model was constrained to concentrations: c ≥ 0. The NMR spectra of the mixtures (samples) are modeled as a sum of spectra for components (metabolites) in the mixture. Metabolite concentrations have been normalized across samples (assuming equal total metabolite concentration). For visualization, all samples were scaled across metabolites. All metabolite concentrations for all experiments are available from the authors. 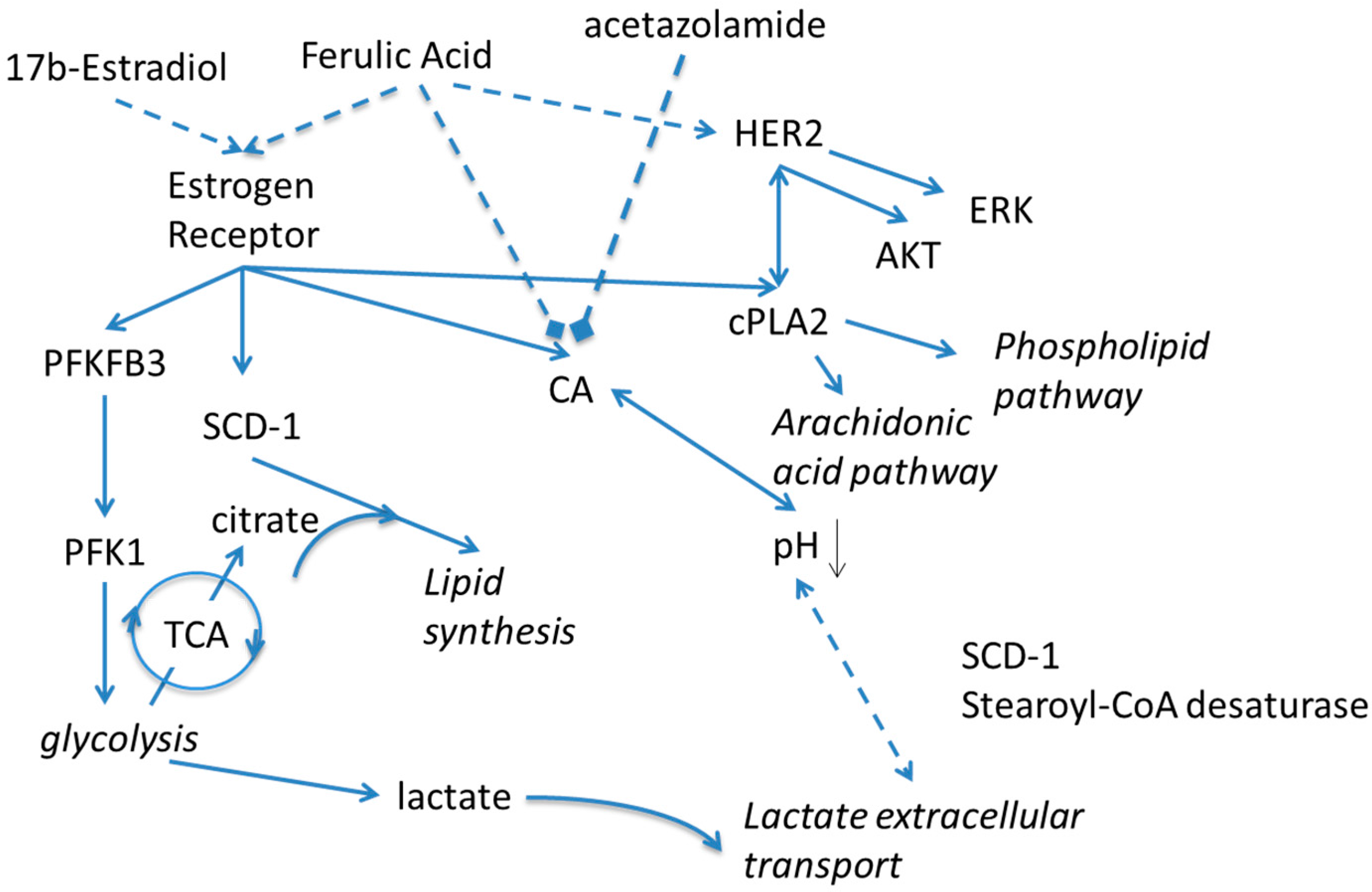 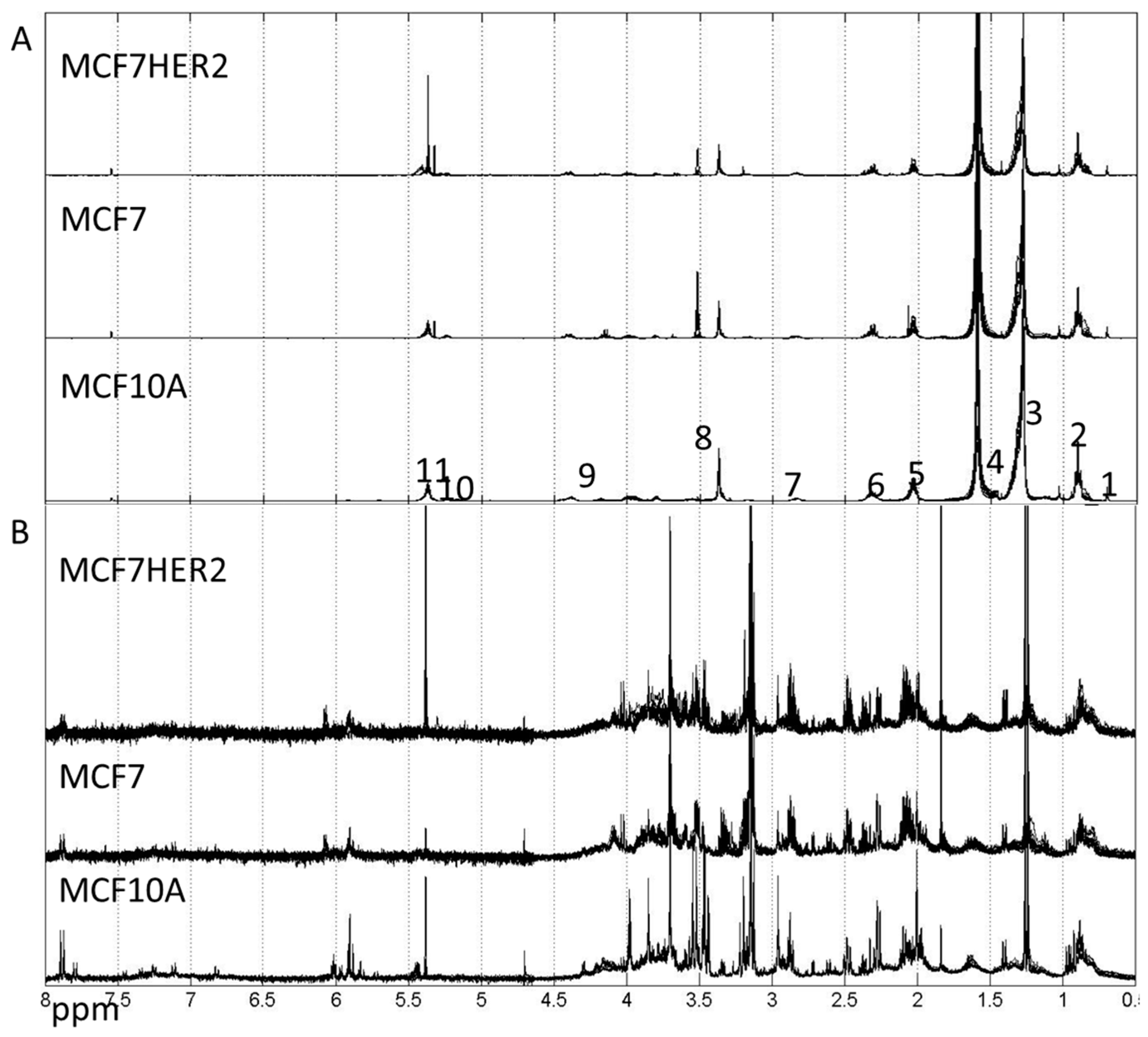 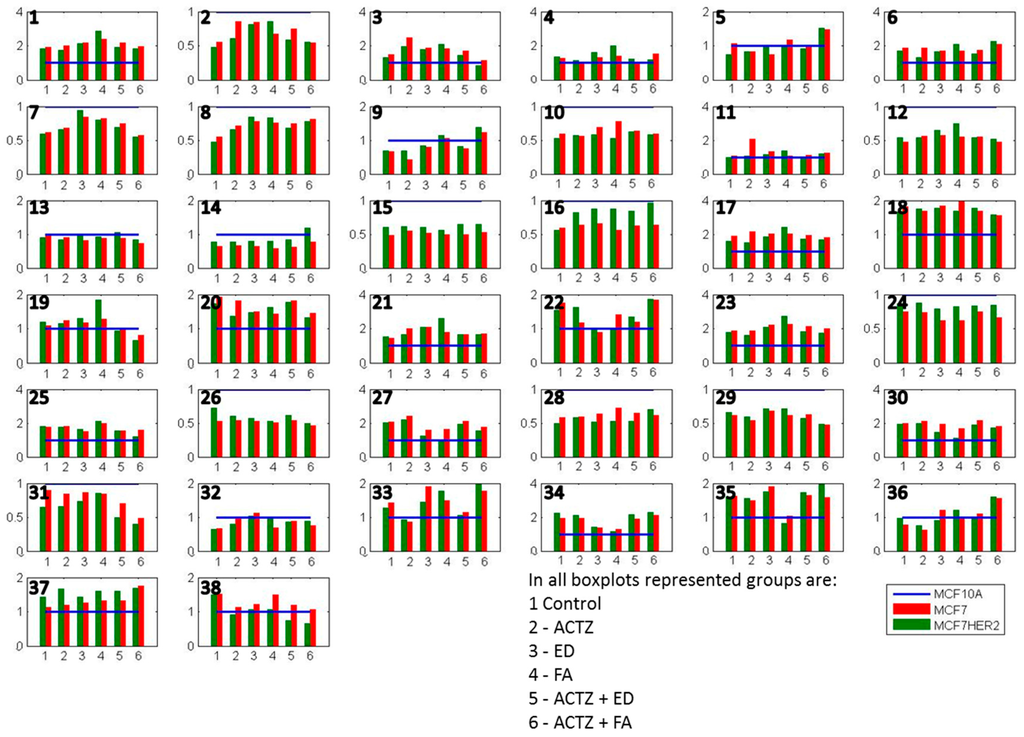 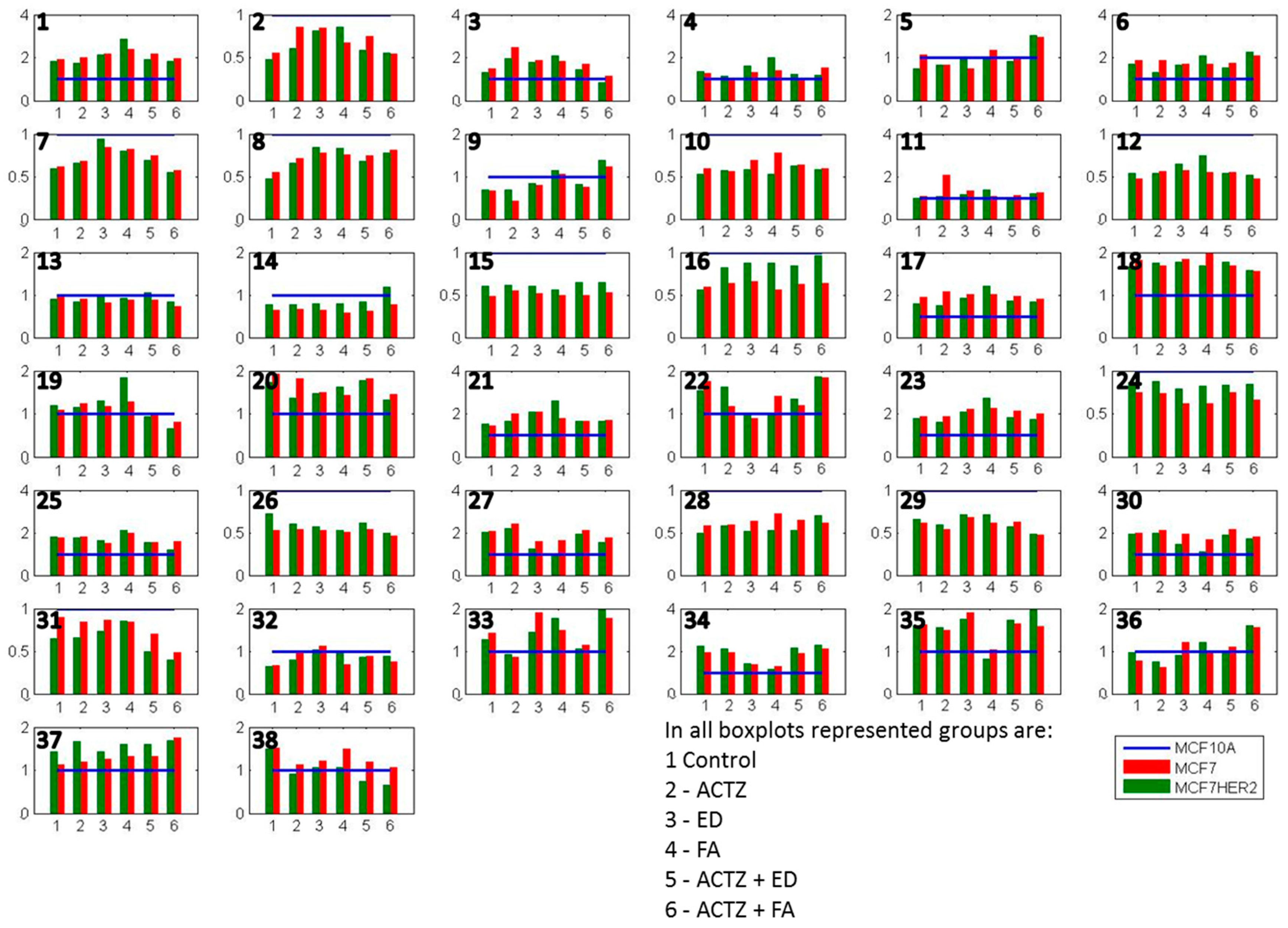 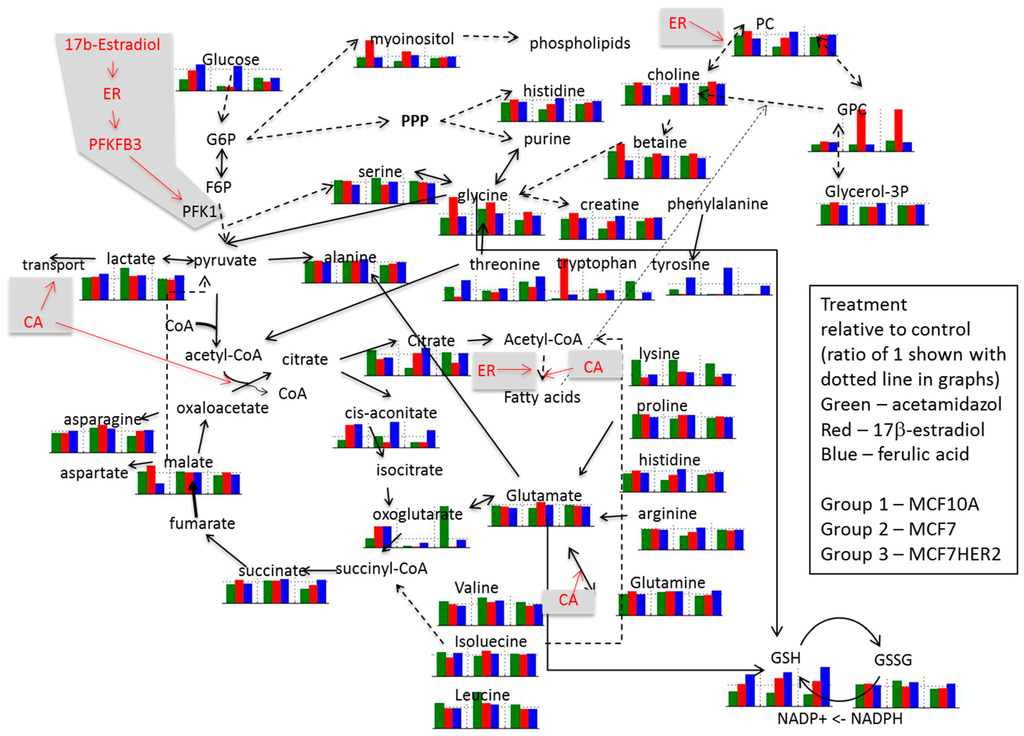 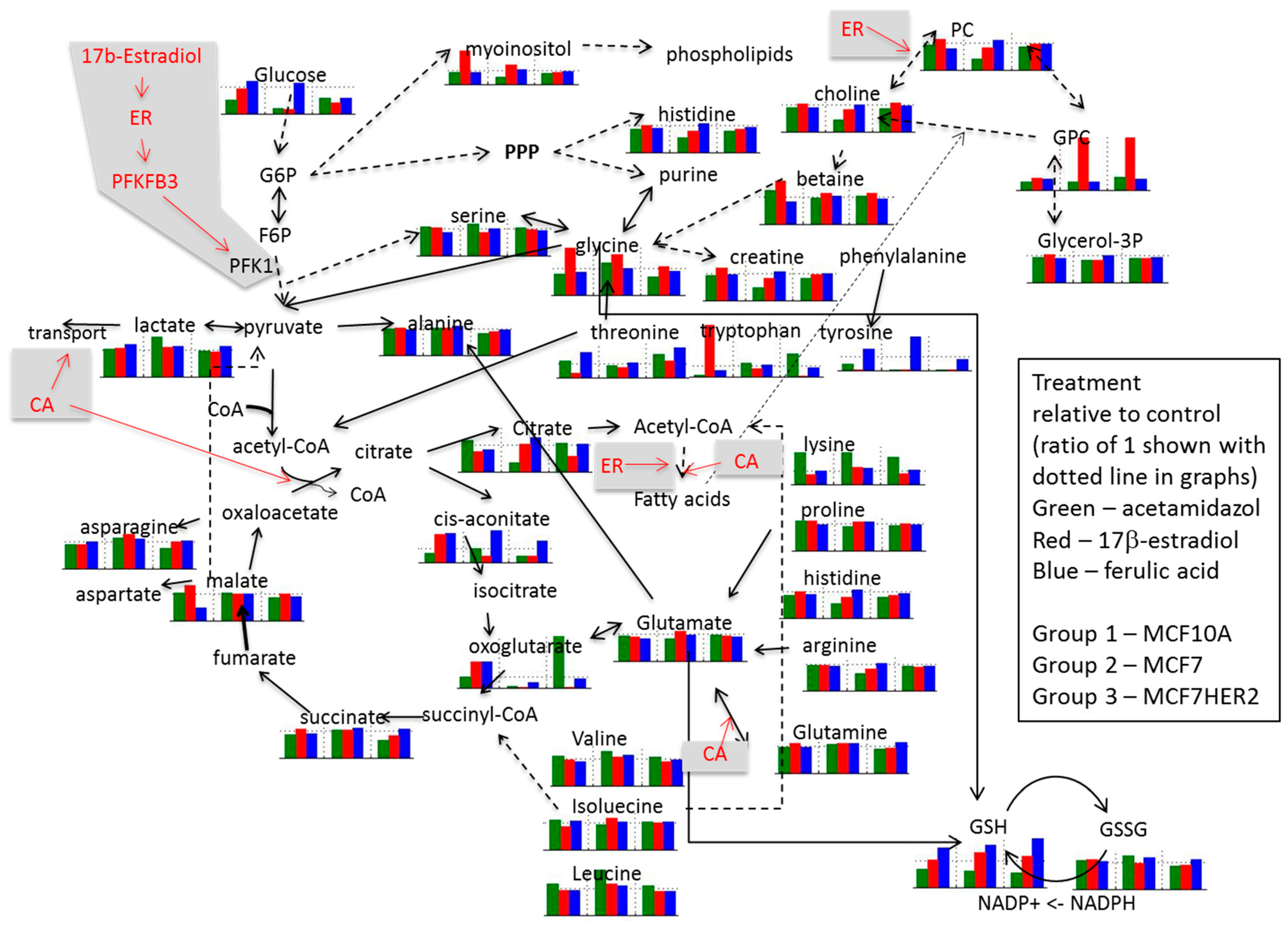 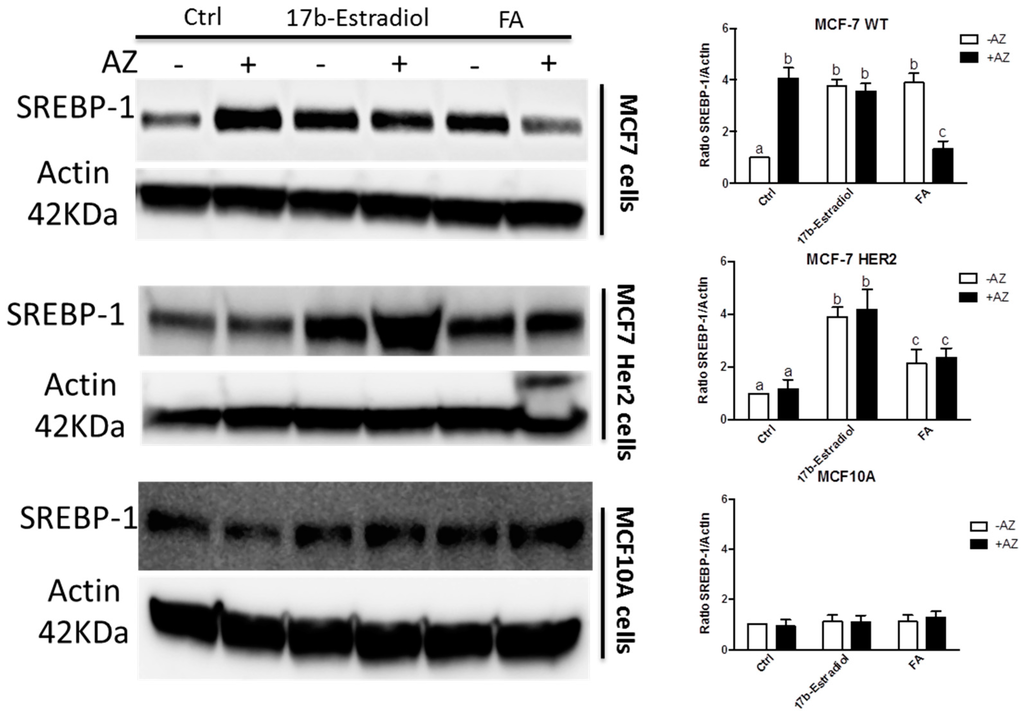