Immunological Features in the Process of Blood Platelet-Induced Alloimmunisation, with a Focus on Platelet Component Transfusion
Previous Article in Special Issue

Wine, a widely consumed beverage, comprises several biophenols that promote health. Flavonoids, majorly present in red wine, have been shown to have antioxidant, anti-inflammatory, anticancer, and immunomodulatory activities. Regular consumption of red wine (100 mL/day) is estimated to provide an average of 88 mg of flavonoids, whereas recent epidemiological studies indicate that wine is one of the major sources of flavonoid intake amongst wine lovers in European countries (providing an average intake of 291–374 mg/day of flavonoids). In addition to being antioxidants, in vitro studies suggest that flavonoids also have anti-allergic activities that inhibit IgE synthesis, activation of mast cells and basophils or other inflammatory cells, and production of inflammatory mediators, including cytokines. Furthermore, they affect the differentiation of naïve CD4+ T cells into effector T cell subsets. Moreover, several studies have reported the benefits of flavonoids in allergic models such as atopic dermatitis, asthma, anaphylaxis, and food allergy; however, evidence in humans is limited to allergic rhinitis and respiratory allergy. Although further evaluation is required, it is expected that an appropriate intake of flavonoids may be beneficial in preventing, and eventually managing, allergic diseases.
Keywords: allergy; antioxidant; wine flavonoids allergy; antioxidant; wine flavonoids

The prevalence and incidence of allergic diseases, such as allergic rhinitis, asthma, atopic dermatitis, and food allergy, have increased worldwide during the past two to three decades [1,2]. The environmental and genetic interaction leads to sensitivity in individuals towards environmental allergens, then causes allergic diseases [3,4,5]. The “diet hypothesis” proposes that changes in dietary habit may play a significant role in the increase, since foods and beverages contain allergy-promoting and anti-allergic nutrients [6,7,8]. Minerals such as selenium, copper, zinc, and magnesium, vitamins A, C, D, and E, probiotics, and omega-3 polyunsaturated fatty acids (PUFAs) possess anti-allergic functions, whereas omega-6 PUFAs are precursors for leukotriene C4, which promotes allergic inflammation [6].
Flavonoids, polyphenolic plant secondary metabolites, have antioxidant, anti-inflammatory, and anti-allergic activities as well as immunomodulating effects [9,10]. Red wine, a major source of flavonoids for wine lovers, is known to reduce cardiovascular events when consumed in moderation [11]. Although the benefits of red wine in allergic diseases have not been elucidated in detail, based on recent findings, the present article emphasizes that an appropriate intake of flavonoids may be beneficial in preventing, and eventually managing, allergic diseases.

2. Flavonoids, the Major Ingredient in Red Wine for Promoting Health

Flavonoids are found in fruits, vegetables and tea, thus forming common ingredients of the daily diet [12,13,14]. Flavonoids, which share a common structure comprising two aromatic rings (A and B) bound together by three carbon atoms forming an oxygenated heterocycle (ring C) (Figure 1), are generally classified into six subclasses: flavones (luteolin, apigenin, and baicalein), flavonols (fisetin, kaempferol, quercetin, myricetin, and isohamnetin), flavanones (hesperetin, naringenin, and eriodictyol), isoflavones (daidzein and genistein), anthocyanidins (cyanidin, delphinidin, malvidin, pelargonidin, petunidin, and peonidin) and flavanols (catechins and proanthocyanidins).
Wine is a dietary source of phenolic compounds, namely flavonoids and non-flavonoids, which include phenolic acids, phenols, and stilbenes [11]. Recent developments regarding the flavonoid content of foods and beverages in the databases of the US Department of Agriculture (USDA) [15], the European BioActive Substances in Food Informative System (EuroFIR-BASIS) [16], and the Phenol-Explorer [17,18] have led to epidemiological studies precisely aiming to clarify the association between flavonoid intake and the prevalence and incidence of chronic diseases and cancers. According to the Phenol-Explorer database, the average intake of total flavonoids in France is 506 mg/day (with 51 mg/day of flavonols and 33 mg/day of flavones) [19], in the Mediterranean countries is 370.2 mg/day (with 24.8 mg/day of flavonols and 5.6 mg/day of flavones), and in the non-Mediterranean countries is 373.7 mg/day (with 29.5 mg/day of flavonols and 4.1 mg/day of flavones) [20]. This shows that the total daily consumption of flavonoids is higher in France than that in the other European countries. The same database indicates that 100 mL of red wine on average includes 88 mg of flavonoids, comprising anthocyanins (28 mg), dihydroflavonols (5.4 mg), flavanols (47 mg), flavanones (0.9 mg), and flavonols (6.9 mg) (Table 1), which may vary depending on the source and ageing, while white wine includes considerably less flavonoids (3.5 mg/100 mL). The USDA database for the flavonoid content of selected foods, release 3.3 (March 2018), reports that red wine includes 34.5–171.9 mg of flavonoids per 100 g, depending on the source [15].
Several epidemiological studies have reported a positive association between red wine intake and health. Individuals who consume moderate amounts of wine experience 20–30% reductions in all-cause mortality, particularly cardiovascular mortality [21], an effect known to be associated with the flavonoid composition of red wine [22]. The “French paradox” refers to the reduced cardiovascular mortality, due to higher intakes of red wine in France, when compared with other countries that consume similar amounts of saturated fats [23]. This preventive effect is considered to be based upon the strong antioxidant capacity of red wine flavonoids [11], since they react with the reactive compound of the radicals, and stabilize the reactive oxygen species [24,25].

3. Anti-Inflammatory and Anti-Allergic Activities of Flavonoids Observed by In Vitro Experiments

The research provides evidence that oxidative stress is crucial in the airway and skin inflammation observed in asthma and atopic dermatitis patients, respectively [26,27]. The strong antioxidant capacity of flavonoids suppresses this allergic inflammation. Additionally, flavonoids are known to exert various ameliorative effects on allergic diseases [28,29].
Allergy is an IgE-mediated disease, pathologically comprising the sensitization and the effector phases. Flavonoids possess anti-allergic properties affecting both phases. Fewtress and Gomperts first identified the inhibition by flavones of transport ATPase in histamine release from rat mast cells [30]. Subsequently, flavonoids have been shown to inhibit the release of chemical mediators, such as histamine, hexosaminidase, and cyteinyl leukotrienes, by rat mast cells or human basophils [31,32,33]. In addition to the release of chemical mediators, mast cells and basophils can produce several cytokines associated with the late-phase allergic reaction. Meanwhile, flavonoids such as luteolin, quercetin, and baicalein were found to inhibit the synthesis of granulocyte macrophage-colony stimulating factor, tumor necrosis factor-α, and interleukin (IL)-6 production by the cultured mast cells in response to the cross-linkage of a high-affinity IgE receptor (FcεRI) [34,35]. IL-4 plays a major role in the sensitization phase since it stimulates the differentiation of B cells into IgE-producing cells and promotes the differentiation of naïve T cells into Th2 cells. Then, we examined the inhibitory effects of 45 kinds of flavonols and their related compounds on IL-4 synthesis, by analyzing the purified human peripheral blood basophils in response to cross-linkage of FcεRI [36,37,38]. Luteolin, apigenin, and fisetin showed the strongest inhibitory activity, with the half-maximal inhibitory concentration (IC50) value of these flavonoids for IL-4 synthesis ranging from 2.7–5.8 μM. Quercetin and kaempferol, meanwhile, had a moderate inhibitory effect on the IL-4 synthesis, with an IC50 value of 15.7–18.8 μM. Moreover, kaempferol was demonstrated to suppress the activation of IL-4 receptor-mediated signal transducers and activators of transcription, (STAT)6, by targeting Janus kinase (JAK)3 in the hematopoietic cell line [39]. Furthermore, epigallocatechin gallate, epicatechin gallate, gallocatechin gallate, anthocyanindin, delphinidin, and tricetinidin possess a pyrogallol function that suppresses the expression of FcεRI on human mast cells [40].
The aryl hydrocarbon receptor (AhR) is a receptor that leads to the toxic and biological actions of several aromatic environmental pollutants, such as dioxin [41]. In vitro bioassay of the dioxin (2,3,7,8-tetrachlorodibenzo-p-dioxin (TCDD)) revealed that flavonoids including apigenin, luteolin, baicalein, quercetin, kaempferol, and myricetin had significant inhibitory effects on the AhR activation, with an EC70 value (equal to 70% of the maximal response to TCDD) of 1.9–5.1 μM [42]. It has been demonstrated that the activation of AhR interferes with the differentiation of naïve CD4+ T cells into effector T cell subsets [43,44,45,46].
Nuclear factor-kappa B (NF-κB) is an important transcriptional factor that contributes pathologically to the development of various inflammatory diseases, including asthma, by inducing inflammatory responses, cell adhesion, and the anti-apoptosis process [47]. Flavonoids are also shown to suppress the NF-κB activation [48].
Autophagy is a cellular pathway that maintains cell homeostasis by eliminating the damaged cellular components, and its dysregulation may be associated with the development of various diseases [49]. The role of autophagy is also demonstrated in severe asthma, and flavonoids could potentially constitute the important adjuvants of conventional therapies for treating autophagy-related diseases [50].

4. Effects of Flavonoids on Allergic Diseases

A direct interventional study evaluating the beneficial effects of red wine flavonoids on allergic diseases has not been performed to date. However, as described elsewhere, one epidemiological study reported that red wine intake was negatively associated with asthma severity and suggested that flavonoids may produce a protective effect on asthma. Red wine is a major source contributing to the daily flavonoid intake for wine lovers, thus possibly ameliorating the allergic symptoms. However, careful attention is required in clinical trials, as wine is a triggering factor for worsening symptoms in certain asthmatic patients and heavy wine consumption is accompanied by alcohol intake that is not good for health and behavior [78].
Table 3 summarizes the anti-allergic effects of flavonoids. Flavonoids possess antioxidant, anti-inflammatory, anti-allergic, and immunomodulating effects. Several studies have reported the benefits of flavonoids in allergic models, however, the evidence in the epidemiological studies and clinical studies is presently limited. Future studies are needed, to focus on whether an appropriate intake of flavonoids can constitute a dietary contribution in the prevention and amelioration of allergic diseases. 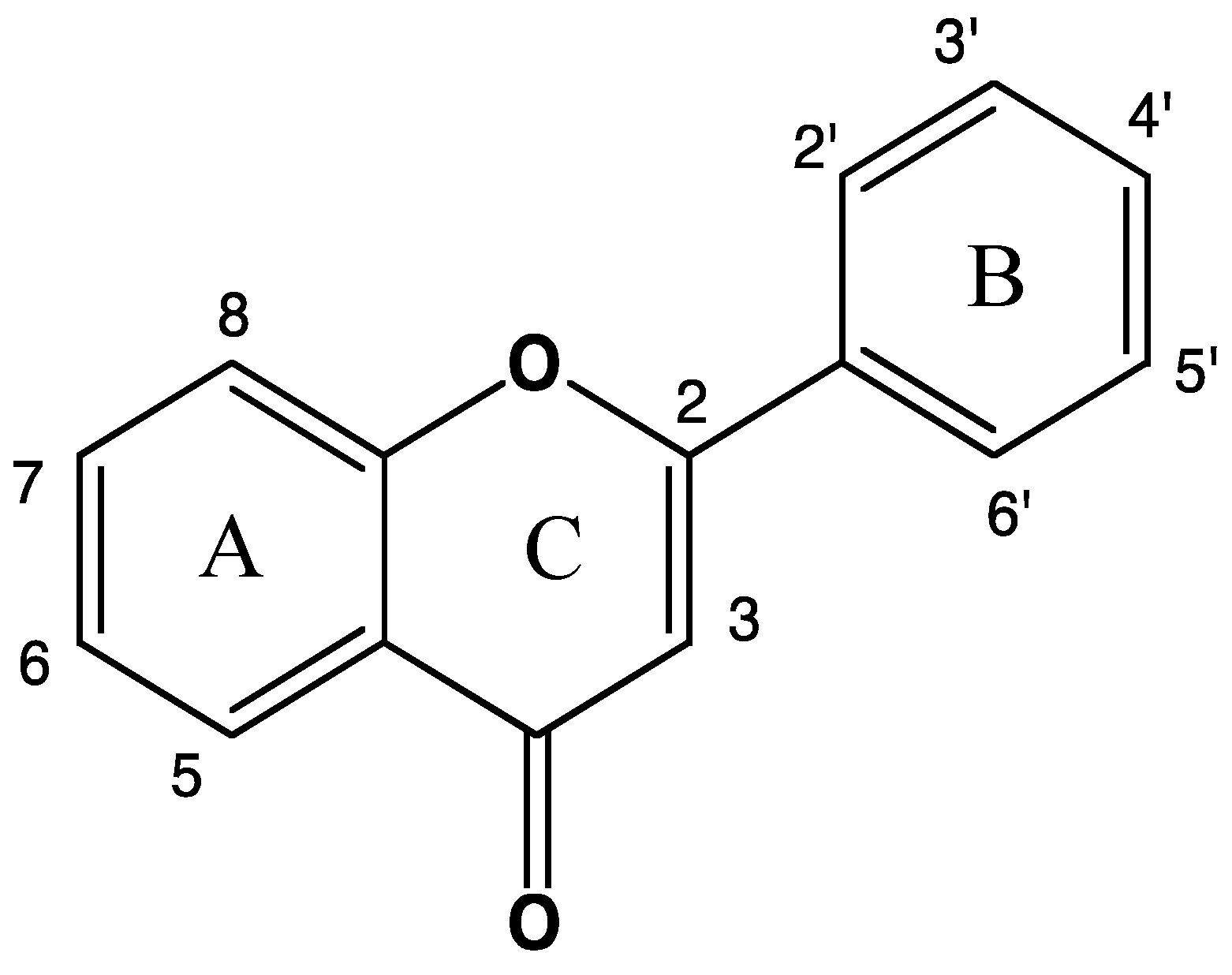 Table 3. Summary of the anti-allergic effects of flavonoids.
Table 3. Summary of the anti-allergic effects of flavonoids.
© 2019 by the authors. Licensee MDPI, Basel, Switzerland. This article is an open access article distributed under the terms and conditions of the Creative Commons Attribution (CC BY) license (http://creativecommons.org/licenses/by/4.0/).
We use cookies on our website to ensure you get the best experience. Read more about our cookies here.
Accept
We have just recently launched a new version of our website. Help us to further improve by taking part in this short 5 minute survey here. here.
Never show this again