Soil Classification and Site Variability Analysis Based on CPT—A Case Study in the Yellow River Subaquatic Delta, China
Next Article in Special Issue

This study aimed to obtain information on the diversity and distribution of the endophytic fungi in Ramsar wetlands. Vast salt marshes in Suncheon Bay, Korea, are formed by two types of ecotones (tidal flats and deltas) that are supported by the emersed halophytes Phragmites australis and Suaeda japonica. Overall, 324 endophytes were isolated from P. australis (six sampling points in the delta and five in the tidal flats) and S. japonica (six in tidal flats). Margalef’s, Menhinick’s, Shannon’s, and Simpson’s diversity indices significantly varied among the ecotones. In particular, higher variance in diversity value and unevenness was observed in the delta marsh compared with the tidal flat marsh. Further, morphological diversity in the delta salt marsh was 1.8 times higher than that of the tidal flat. Comprising several dominant genera (Aspergillus, Cladosporium, and Penicillium), Epicoccum, Paraconiothyrium, Septoriella, and Talaromyces were widely distributed regardless of the aquatic conditions or halophyte species. This study highlights the distinct distribution and diversity of marine endophytes in various ecotones that can physically protect the coastal areas. This data is of much value to secure a national culture collection for future restoration of the coastal wetlands and their ecosystems. View Full-Text
Keywords: halophyte; marine endophyte; Phragmites australis; Ramsar wetland; Suaeda japonica halophyte; marine endophyte; Phragmites australis; Ramsar wetland; Suaeda japonica
►▼ Show Figures 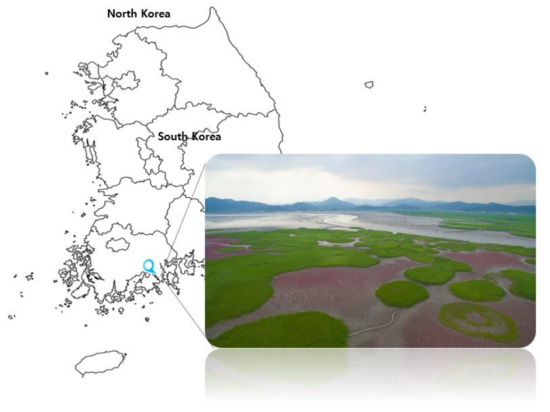 Jong-Myong Park
https://orcid.org/0000-0003-3363-3325
Zoom | Orient | As Lines | As Sticks | As Cartoon | As Surface | Previous Scene | Next Scene
We use cookies on our website to ensure you get the best experience. Read more about our cookies here.
Accept
We have just recently launched a new version of our website. Help us to further improve by taking part in this short 5 minute survey here. here.
Never show this again