Great progress has been made in recent years towards understanding the properties of disordered electronic systems. In part, this is made possible by recent advances in quantum effective medium methods which enable the study of disorder and electron-electronic interactions on equal footing. They include dynamical mean-field theory and the Coherent Potential Approximation, and their cluster extension, the dynamical cluster approximation. Despite their successes, these methods do not enable the first-principles study of the strongly disordered regime, including the effects of electronic localization. The main focus of this review is the recently developed typical medium dynamical cluster approximation for disordered electronic systems. This method has been constructed to capture disorder-induced localization and is based on a mapping of a lattice onto a quantum cluster embedded in an effective typical medium, which is determined self-consistently. Unlike the average effective medium-based methods mentioned above, typical medium-based methods properly capture the states localized by disorder. The typical medium dynamical cluster approximation not only provides the proper order parameter for Anderson localized states, but it can also incorporate the full complexity of Density-Functional Theory (DFT)-derived potentials into the analysis, including the effect of multiple bands, non-local disorder, and electron-electron interactions. After a brief historical review of other numerical methods for disordered systems, we discuss coarse-graining as a unifying principle for the development of translationally invariant quantum cluster methods. Together, the Coherent Potential Approximation, the Dynamical Mean-Field Theory and the Dynamical Cluster Approximation may be viewed as a single class of approximations with a much-needed small parameter of the inverse cluster size which may be used to control the approximation. We then present an overview of various recent applications of the typical medium dynamical cluster approximation to a variety of models and systems, including single and multiband Anderson model, and models with local and off-diagonal disorder. We then present the application of the method to realistic systems in the framework of the DFT and demonstrate that the resulting method can provide a systematic first-principles method validated by experiment and capable of making experimentally relevant predictions. We also discuss the application of the typical medium dynamical cluster approximation to systems with disorder and electron-electron interactions. Most significantly, we show that in the limits of strong disorder and weak interactions treated perturbatively, that the phenomena of 3D localization, including a mobility edge, remains intact. However, the metal-insulator transition is pushed to larger disorder values by the local interactions. We also study the limits of strong disorder and strong interactions capable of producing moment formation and screening, with a non-perturbative local approximation. Here, we find that the Anderson localization quantum phase transition is accompanied by a quantum-critical fan in the energy-disorder phase diagram. View Full-Text
Keywords: disordered electrons; Anderson localization; metal-insulator transition; coarse-graining; typical medium; quantum cluster methods; first principles disordered electrons; Anderson localization; metal-insulator transition; coarse-graining; typical medium; quantum cluster methods; first principles
►▼ Show Figures 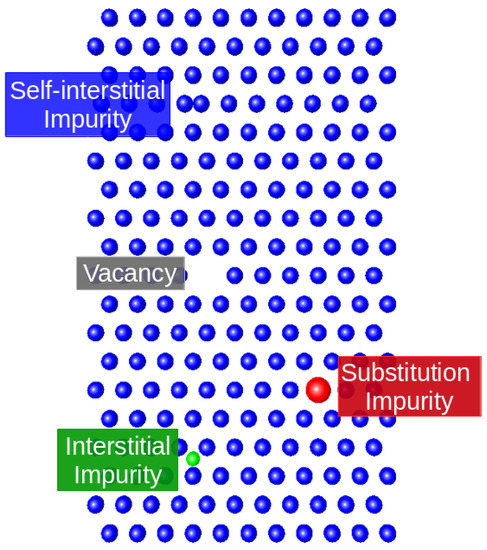