The present study aimed to investigate the beneficial effects of zinc nanoparticles (ZnNPs) and curcumin nanoparticles (CurNPs) as well as Bacillus licheniformis (Bl) supplementation on broiler growth, chemical blood indices, and cecal microbes. The results showed considerable antimicrobial activity against pathogenic bacteria and fungi with ZnNPs and CurNPs supplementations. At the same time, ZnNPs, CurNPs, and Bl improved broiler performance, carcass traits, meat quality traits, and some blood indices. Therefore, the inclusion of ZnNPs, CurNPs, and Bl is recommended for broiler feeding regimens to improve the performance and health status.

The current study aimed to investigate the influence of dietary zinc nanoparticles (ZnNPs), curcumin nanoparticles (CurNPs), and Bacillus licheniformis (Bl) on the growth, carcass, blood metabolites, and the count of some cecal microorganisms of Indian River (IR) broilers. Chicks were allotted into seven experimental groups: control group, 1st, 2nd and 3rd groups were given diets enriched with ZnNPs, CurNPs and Bl (3.0, 5.0 and 2.0 cm3/kg diet, respectively). The 4th, 5th and 6th groups were given diets supplemented with ZnNPs (3.0) + Bl (2.0) (ZP); ZnNPs (3.0) + CurNPs (5.0) (ZC) and ZnNPs (3.0) + CurNPs (5.0) + Bl (2.0) (ZCP) cm3/kg diet, respectively. The results revealed that ZnNPs and CurNPs exhibited a considerable antimicrobial activity against pathogenic bacteria and fungi. They also inhibited the growth of microbes in a range of 50–95 µg/mL. The diet supplemented with ZnNPs, CurNPs, and Bl increased the body weight compared to the control after five weeks of age. Additionally, values of daily feed intake increased in these groups; however, the feed conversion ratio decreased. All values of carcass traits were better than that of the control. The treatments led to decreased abdominal lipids compared to the control. The activity of liver enzymes and malondialdehyde (MDA) activity decreased in the treated groups. In a converse trend, the levels of oxidative enzymes, amylase, protease, lipase and immunoglobulin were higher than that of the control. Meat quality properties were improved and cecal microbial counts were decreased. In conclusion, the ZnNPs, CurNPs, and Bl improved the broiler’s weights, carcass traits, meat quality traits, as well as some blood indices and cecal microbial load. Therefore, the inclusion of ZnNPs, CurNPs, or Bl is recommended for broiler feeding regimens to improve the performance and health status. View Full-Text
Keywords: ZnNPs; CurNPs; Bacillus; broilers; growth; microbial aspects ZnNPs; CurNPs; Bacillus; broilers; growth; microbial aspects
►▼ Show Figures 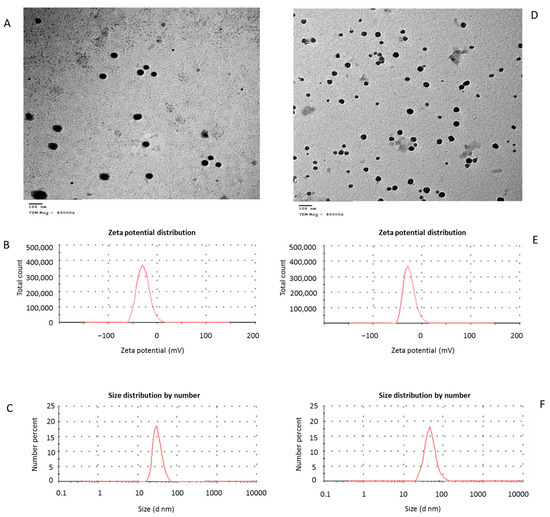