Mycobacterium bovis bacillus Calmette-Guérin (BCG) remains the first treatment option for non-muscle-invasive bladder cancer (BC) patients. In research laboratories, M. bovis BCG is mainly grown in commercially available media supplemented with animal-derived agents that favor its growth, while biomass production for patient treatment is performed in Sauton medium which lacks animal-derived components. However, there is not a standardized formulation of Sauton medium, which could affect mycobacterial characteristics. Here, the impact of culture composition on the immunomodulatory and antitumor capacity of M. bovis BCG and Mycolicibacterium brumae, recently described as efficacious for BC treatment, has been addressed. Both mycobacteria grown in Middlebrook and different Sauton formulations, differing in the source of nitrogen and amount of carbon source, were studied. Our results indicate the relevance of culture medium composition on the antitumor effect triggered by mycobacteria, indicating that the most productive culture medium is not necessarily the formulation that provides the most favorable immunomodulatory profile and the highest capacity to inhibit BC cell growth. Strikingly, each mycobacterial species requires a specific culture medium composition to provide the best profile as an immunotherapeutic agent for BC treatment. Our results highlight the relevance of meticulousness in mycobacteria production, providing insight into the application of these bacteria in BC research. View Full-Text
Keywords: BCG; M. brumae; nonmuscle invasive; bladder cancer; Sauton; Middlebrook BCG; M. brumae; nonmuscle invasive; bladder cancer; Sauton; Middlebrook
►▼ Show Figures 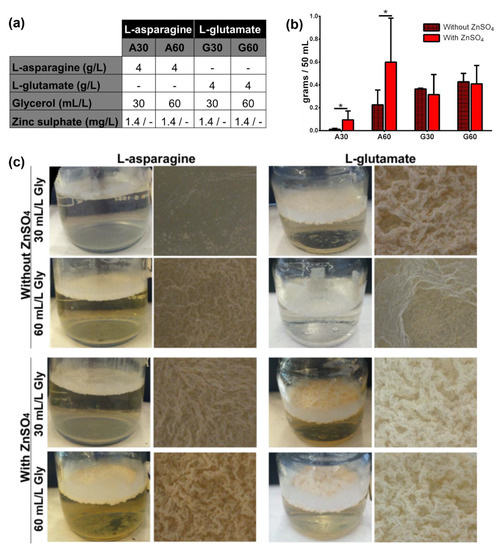