Non-pathological / physiological fatigue can be further characterized as being caused by central and peripheral mechanisms, and both of these mechanisms play important roles in the physiological effects of exercise process, type, intensity, and duration [1,2]. During prolonged endurance exercise, the energy resources required by muscles are insufficient to maintain and produce the same level of strength, causing fatigue reactions and decrease exercise performance [3]. As people become more interested in the gut microbiota a relationship with exercise performance was found. Gut microbiota can ferment dietary fiber to short-chain fatty acids (SCFA) as an energy source for liver and muscle cells and improve endurance performance through stable blood glucose regulation. In addition, SCFA seems to be able to reduce the permeability of colonic mucosa by regulating the function and metastasis of neutrophils, inhibiting inflammatory cytokines and reducing the redox response, which is one of the possible factors to reduce fatigue [4,5].
In recent years, sports nutrition supplements are considered as necessary for increasing exercise performance or reducing post-exercise fatigue and have played an important role in scientific exercise training. In addition to traditional herbs, proteins and creatine, probiotics have also received increasing attention as dietary supplements. According to the World Health Organization, Food and Agriculture Organization of the United Nations (WHO/FAO) definition, probiotics are live microorganisms, not causing any adverse effects on the organism and providing health benefits when administered in appropriate amounts [6]. Previous studies have shown that probiotics have anti-obesity effects [7], can lower cholesterol levels [8], anti-inflammation [9], anti-bacterial [10], anti-oxidation [11], anti-proliferative and anti-carcinogenic activities [12]. They have also been shown to enhance carbohydrate metabolism to produce SCFA [13] such as butyrate, which is then converted to acetyl-CoA for production of adenosine triphosphate (ATP) to provide energy [14]. Therefore, past research has shown that, probiotic supplements can effectively improve exercise performance and reduce fatigue biochemical values after exercise [15,16].
The name Lactobacillus salivarius derives from the characteristic “saliva” of the oral cavity, from which it was isolated for the first time [17]. Research findings in recent years have shown that L. salivarius is commonly found in the gastrointestinal tract of humans and animals. The genomic structure of L. salivarius was first derived from the UCC118 chromosome. The strain′s genome consists of a 1.83 Mb chromosome, a large 242 kb plasmid, and two smaller plasmids [18]. Its genomic diversity has recently been well evaluated and has been studied as a candidate probiotic. [19]. Preliminary studies have described the species’ immunomodulatory properties in cell lines, mice, rats, and humans to eliminate diseases in the body and promote host health. The ability of L. salivarius to suppress the resistance of pathogens and hosts to antibacterial defense demonstrates the adaptability of the species′ hormone niche [20]. Previous studies have shown that L. salivarius supplementation reduces exercise-induced gastrointestinal permeability and remodels the gut microbiome in healthy humans [21], however, the evolutionary species and subspecies of different strains have different functional characteristics. Emerging research on the probiotic potential of this species remains to be discussed in detail.
Lactobacillus salivarius subsp. salicinius (SA-03), a human-origin probiotic was isolated from a female weightlifter’s gut microbiota. In this study, we evaluated the function and efficacy of SA-03 supplements through exercise testing and analysis of fatigue-related biochemical indicators, and confirmed that it would not cause adverse damage in mice.

Lactobacillus salivarius SA-03 was isolated from the 2008 Olympic women’s 48 kg weightlifting gold medalist’s gut microbiota. The isolate was confirmed to be Lactobacillus salivarius by the Food Industry Research and Development Institute (Hsinchu, Taiwan). The dry product of SA-03 was prepared and provided by Glac Biotech Co., Ltd. (Tainan City, Taiwan). Viable cell counts of SA-03 were 1.07 × 1011 CFU/g. The powder was suspended in phosphate buffered saline (PBS, pH 7.2) before consumption.

The swim-to-exhaustion exercise test was performed as previously described [23]. A weight equivalent to 5% of body weight (BW) was loaded on the tail of the test mouse. The test mouse was then forced to swim until loss of coordinated movements or failure to return to the surface within 7 s [24], and the duration of such swimming was recorded.

As previous reports [26], post-exercise assessment of the effects of supplementation SA-03 on fatigue-related biochemical indicators, and accurate display and assessment of physiological status. Fatigue-related variables were measured under fasting conditions to reflect actual physiological fitness. under exercise. intervention. Blood samples were collected after 10 min of swimming and 20 min of rest. The samples were centrifuged at 1500 x g for 15 min at 4 ° C, and serum was collected to analyzed. The Serum levels of lactic acid, ammonia (NH3), and glucose levels were measured by with an automatic analyzer (model 7060, Hitachi, Tokyo, Japan). Other variables, such as blood urine nitrogen (BUN) and creatine kinase (CK), were evaluated immediately after 90 min of extended exercise and 60 min of rest.

2.6. Resting Biochemical Profiles at the End of the Study

After being euthanized, the liver, kidneys, heart, lungs, muscles, epididymal fat pad (EFP), and brown adipose tissue (BAT) of mice were excised, weighed, and processed for histological examinations. Tissue sections were stained with hematoxylin and eosin (H & E) and examined by a clinical pathologist. Muscle and liver tissues were also processed for determination of glycogen content.

According to the method previously used in our laboratory, immediately after euthanizing the mice, the collected samples were stored at -80 ° C for DNA extraction. Detailed procedures for sample extraction, preparation and analysis have been previously described [16].

All statistical analyses were performed with SAS 9.4 (SAS Institute, Cary, NC, USA). One-way analysis of variance (ANOVA) was used to determine significant difference among groups. The Cochran–Armitage test was used for dose-effect trend analyses. Data are expressed as mean ± SD. p < 0.05 was considered as significant.

3.4. Effect of SA-03 Supplementation on Serum Lactate Levels after the 10-Min Swim Test

3.5. Effect of SA-03 Supplementation on Serum Glucose and Ammonia Levels after the 10 Min Swim Test

3.6. Effect of SA-03 Supplementation on Serum BUN and CK Levels after 90 Min Swimming and 60 Min Rest

3.7. Effect of SA-03 Supplementation on Liver and Muscle Glycogen Levels

The effect of SA-03 supplementation on biochemical parameters were also evaluated (Table 3). The levels of liver damage markers (AST and ALT) and mean levels of albumin, TC, TG, CK, BUN, creatinine, UA, TP, and glucose were found to be similar among the groups (p > 0.05). This observation suggests that SA-03 has no adverse effects on health.

3.9. Effect of SA-03 Supplementation on the Gut Microbiota

At the end of the study, histological examinations of liver, muscle, heart, kidney, lung, EFP and BAT of mice were performed, and no abnormalities were observed among all groups (Figure 9). There was also no difference in the morphology of adipose tissue and fat cell size among the groups. These results indicate that SA-03 does not have adverse effects on organs and tissues at the doses tested in this study.

In the present study, we found that four weeks of supplementation with SA-03 (Lactobacillus salivarius), a bacterial strain isolated from a weightlifting gold medalist, significantly changed the gut microbiota. Interestingly, in addition to the increased abundance of Lactobacillus salivarius in the SA-03 groups, the number of Lactobacillus reuteri also increased significantly, and to made significantly decreased the levels of fatigue indicators such as lactate, BUN, ammonia, and CK. SA-03 was also found to increase muscle strength, endurance performance, and glycogen storage in liver and muscle cells. These results suggest that SA-03 could be used as a supplement to enhance exercise performance and mitigating fatigue. Further studies are warranted to understand the mechanisms of action of SA-03. 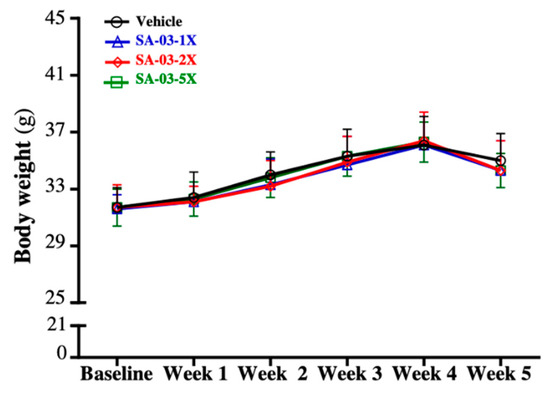 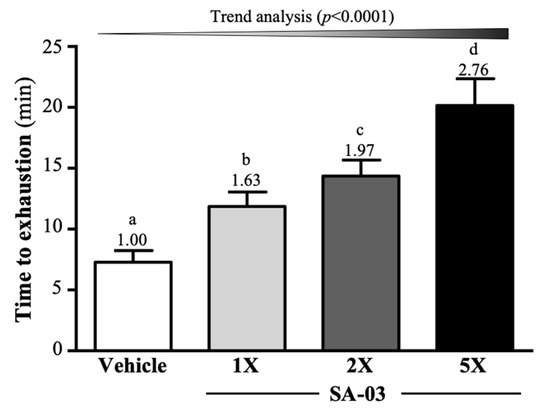 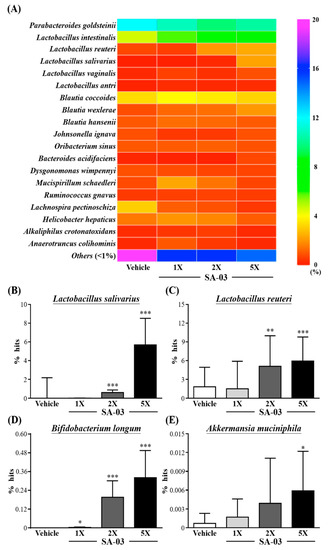 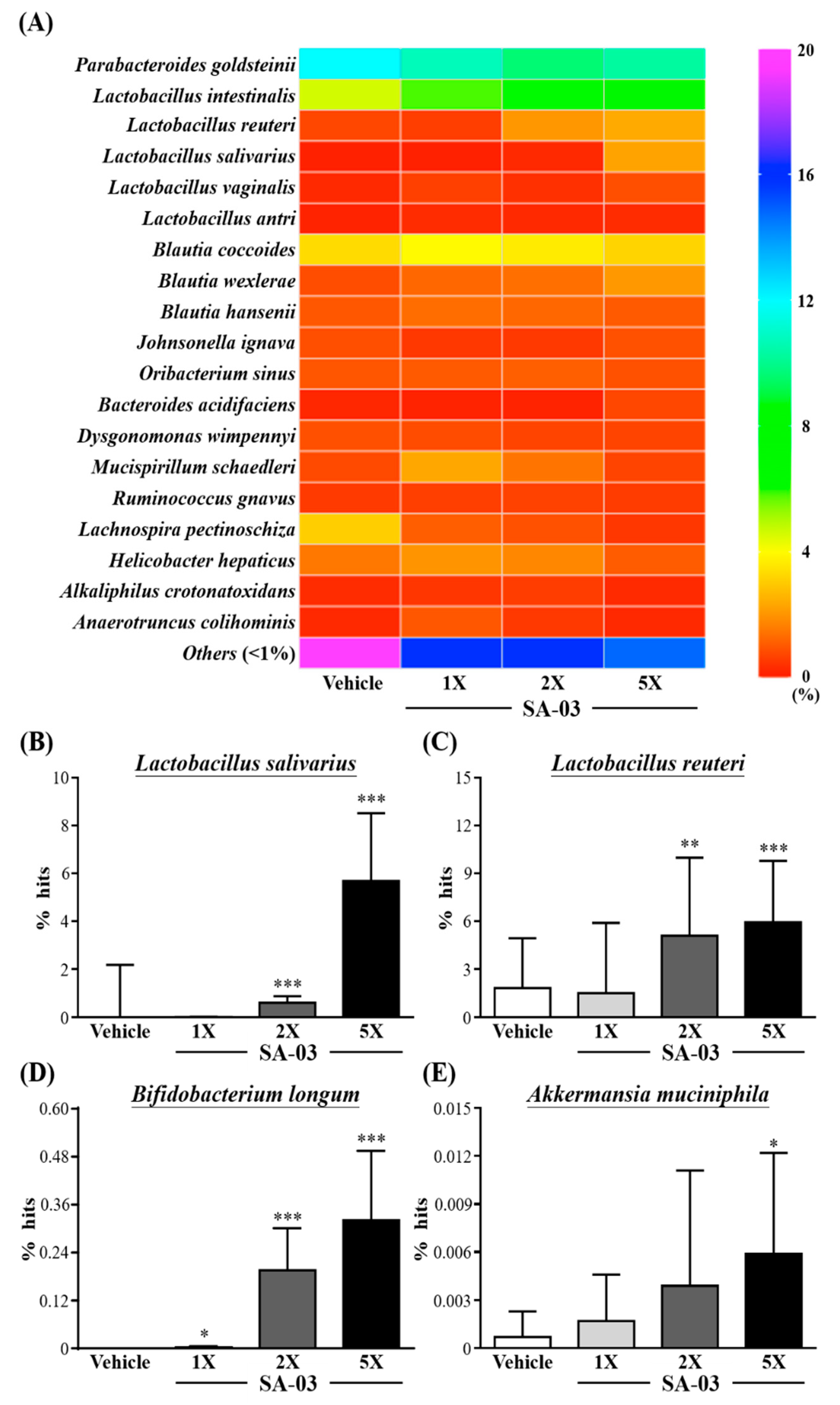 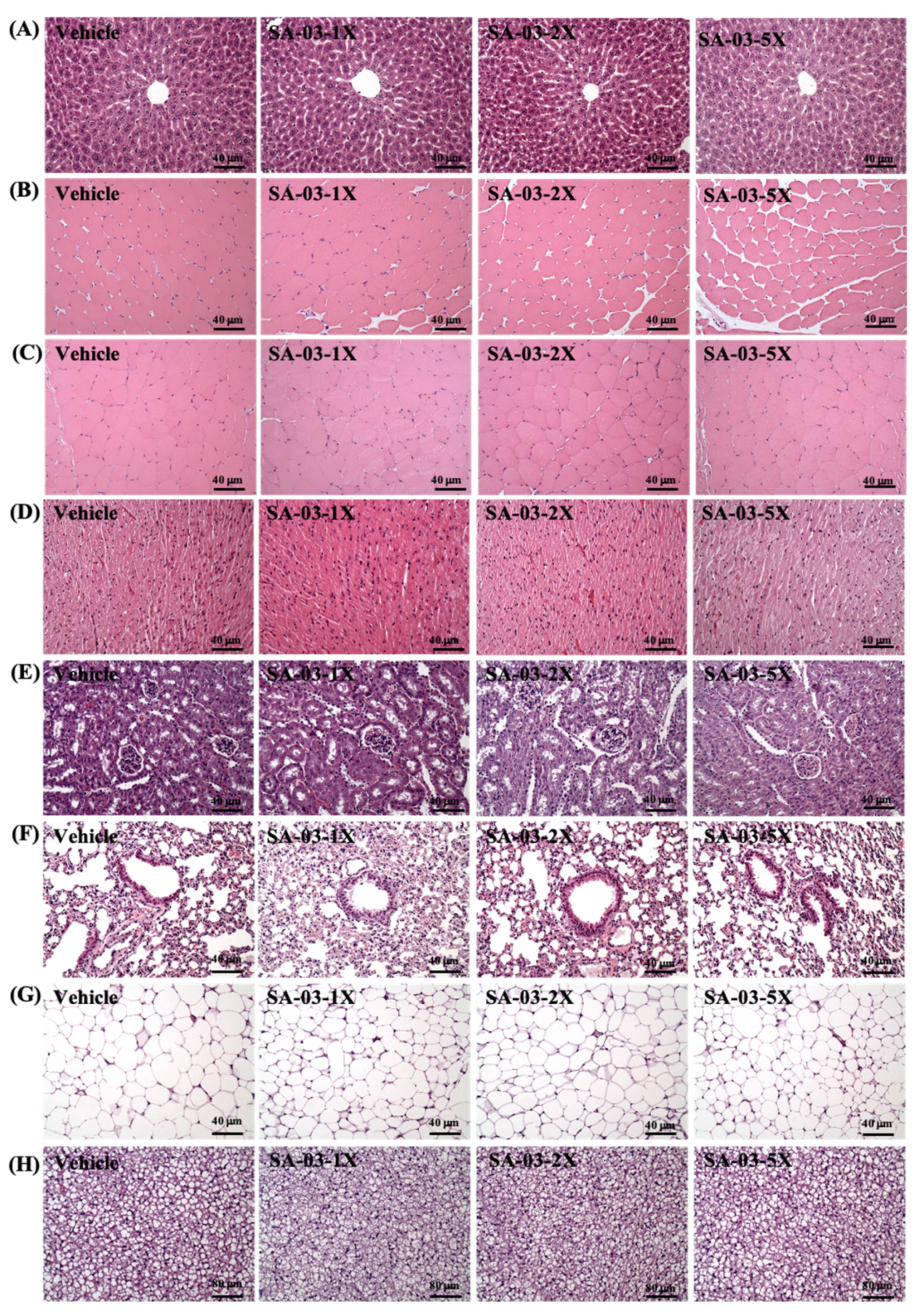 Table 2. Effect of SA-03 on lactate levels.
Table 2. Effect of SA-03 on lactate levels.
Lactate production rate (B/A) was the value of the lactate level after exercise (B) divided by that before exercise (A). Clearance rate (B − C)/B was defined as lactate level after swimming (B) minus that after 20 min rest (C) divided by that after swimming (B). Data are expressed as mean ± SD (n = 10 mice per group). Values in the same row with different superscript letters (a, b, c, d) differ significantly, p < 0.05.