Bacteriophages in Natural and Artificial Environments
Previous Article in Journal

Ready-to-eat (RTE) leafy salad vegetables are considered foods that can be consumed immediately at the point of sale without further treatment. The aim of the study was to investigate the bacterial community composition of RTE salads at the point of consumption and the changes in bacterial diversity and composition associated with different household washing treatments. The bacterial microbiomes of rocket and spinach leaves were examined by means of 16S rRNA gene high-throughput sequencing. Overall, 886 Operational Taxonomic Units (OTUs) were detected in the salads’ leaves. Proteobacteria was the most diverse high-level taxonomic group followed by Bacteroidetes and Firmicutes. Although they were processed at the same production facilities, rocket showed different bacterial community composition than spinach salads, mainly attributed to the different contributions of Proteobacteria and Bacteroidetes to the total OTU number. The tested household decontamination treatments proved inefficient in changing the bacterial community composition in both RTE salads. Furthermore, storage duration of the salads at refrigeration temperatures affected the microbiome, by decreasing the bacterial richness and promoting the dominance of psychrotropic bacteria. Finally, both salads were found to be a reservoir of opportunistic human pathogens, while washing methods usually applied at home proved to be inefficient in their removal. View Full-Text
Keywords: Ready-to-eat salads; 16S rRNA gene; illumina; household treatments; fresh produce; foodborne pathogens; Pseudomonas Ready-to-eat salads; 16S rRNA gene; illumina; household treatments; fresh produce; foodborne pathogens; Pseudomonas
►▼ Show Figures 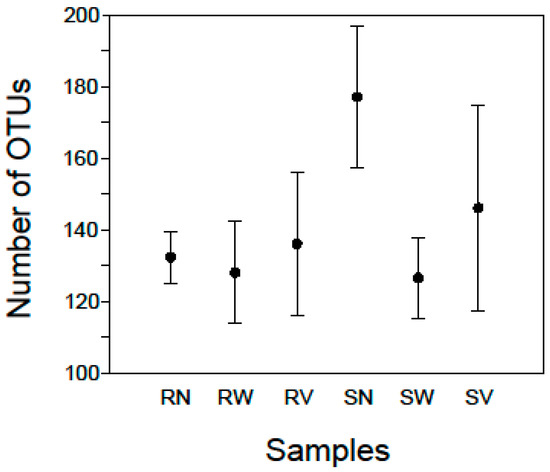