Resilience of Traditional Livelihood Approaches Despite Forest Grabbing: Ogiek to the West of Mau Forest, Uasin Gishu County
Next Article in Special Issue

The Cypriot Extra-Urban Sanctuary as a Central Place: the Case of Agia Irini

:
This article contributes to the ongoing debate on the relationship between sanctuaries and the territoriality of the Iron Age polities of Cyprus. The sanctuary site of Agia Irini, at the locality Alonia, is used as a case-study to test hypotheses regarding the connection between extra-urban sacred space and the formation of political and cultural identities. After a short introduction to the theme, a combination of archaeological (context and iconography) and geographic data is implemented in Geographic Information Systems (GIS) analyses in order to contextualise the centrality of this sanctuary within its political, economic, cultural and symbolic landscapes. The discussion proceeds with the examination of pottery evidence from the sanctuary, both published and unpublished, in order to reveal if and how site based analysis of a category of material may help to further reveal the significance of this sanctuary as a central place, albeit lying in an un-central landscape.
Keywords:
Cypriot archaeology; Mediterranean archaeology; landscape archaeology; central places; sacred space; political power; economy; religion; ideology; ancient sanctuaries

The study of Cypriot sacred landscapes within the longue durée, their transformations and their possible change of meanings reinforce current interpretations suggesting that extra-urban sanctuaries played an important role in the political setting of the city-kingdoms, which transformed over time (Figure 1). Excavation of extra-urban shrines of the Archaic and Classical periods (Table 1) has produced evidence that has also been confirmed by systematic excavation activity and which highlights the role of specific Cypriot Iron Age sanctuaries as a focus of wealth disposal and ideological discourse. In addition, as modern scholarship has argued, the distribution of these sanctuaries across the landscape served as a map for a socio-political system, which provided a mechanism for the centralised Archaic and Classical city-kingdom authorities to organise and control their peripheries (for literature review and further analysis see particularly [1] (pp. 90–116), [2,3,4]).
In this contribution, we take the well-known Cypriot sanctuary site of Agia Irini as a case study to test hypotheses regarding the connection between extra-urban sacred space and the formation of political and cultural identities. After a presentation of the archaeological evidence from the sanctuary we proceed to a combination of archaeological (sites, regional styles and iconography) and geographic data implementing them in Geographic Information Systems (GIS) analyses in order to contextualise the sanctuary within its political, economic, cultural and symbolic landscapes. Then, we focus on pottery analysis in order to reveal if and how site based and in-depth analysis of a specific category of material from the site may further reveal the significance of this sanctuary as a central place or a meeting space where cultural and political identities were constantly negotiated and affirmed. Building upon previous research using longue durée approaches, the application of GIS and landscape archaeology, what we argue is that the model can only be refined when, along with archaeological evidence, one takes into consideration environmental and topographical characteristics and especially the terrain; thus the function and significance of extra-urban sanctuaries can further be clarified [2,4].

2. The Sanctuary Site of Agia Irini: Context, Cult and Iconography

4. Pottery Analysis and the Centrality of a Sacred Place

5. Conclusions: An Extra-urban Sanctuary as a Central Place

Evaluating the implications of transforming an extra-urban space into a ‘central place’ can be made via an analysis of its centrality, that can be measured after considering interactions taking place in this space [43]. Archaeological context and iconography, landscape and ceramic (pottery and terracottas) analysis, taken altogether, manifest how an ‘un-central’ area, in what seems to have been the outskirts of the territory of Soloi, came to become a ‘central place.’ As the power and the process of territorialisation of the Cypriot Iron Age polities was moving towards consolidation at the end of the Cypro-Geometric period, specific extra-urban sanctuaries acquired such a central spatial and mental position.
When one wishes to approach the centrality of these extra-urban sacred spaces, the sanctuary of Agia Irini can contribute significantly to our understanding of the function(s) of these spaces due to its uniquely preserved and well-documented archaeological context. In this context and in line with the concept of this Land Special Issue, one has to consider the importance of ‘central persons’—in that case the Cypriot Iron Age elite (not to say of the Cypriot basileis)—in the process of transforming a space into a ‘central place.’ The presence of ritually and symbolically significant iconography (in the case of Agia Irini clearly manifested through its terracotta votive offerings), the manifestation of an elite status at the site, its relation and proximity to natural resources and other sites and its function as a meeting space between various intra- and inter-regional communities, make the sanctuary an exemplar case study.
There is no static centrality but only historical processes causing different places to have different profiles of centrality, interaction and network relations for certain periods of time. Thus, the abandonment of the sanctuary before the end of the Cypro-Archaic period should be related with historical developments [8] that, however, are difficult to read in the archaeological record or the development of ancient landscapes. This problem becomes even more complicated when we consider that Agia Irini is currently scientifically inaccessible due to the Turkish occupation and the current political status of the island.

G.P. and G.B. contributed equally to the writing of the article. This is the result of an ongoing research collaboration, long discussion and exchange of expertise between the two authors.

This research falls within the framework of a collaboration the two authors initiated under the umbrella of a larger collaborative Network titled ‘Unlocking Sacred Landscapes’ (UnSaLa) (for further information see http://www.ucy.ac.cy/unsala/, accessed on 14 November 2018), previously funded by the Irish Research Council, the Research Training Group ‘Archaeology of Pre-Modern Economies,’ a joint research program of the Universities of Bonn and Cologne (funded by the Deutschen Forschungsgemeinschaft (DFG)) and currently funded by the Cyprus Research Promotion Foundation. The Agia Irini Research Project at the Medelhavsmuseet in Stockholm has been funded by the A.G. Leventis Foundation. The digital data used for the GIS analyses are courtesy of the Department of Geological Survey, the Department of Land and Surveys and the Department of Agriculture of the Republic of Cyprus. The GIS analyses were implemented by Charalambos Paraskeva (University of Cyprus). The authors also wish to thank the Medelhavsmuseet in Stockholm for kindly providing images of objects. We also wish to extend our gratitude to the anonymous reviewers for their constructive comments and suggestions. 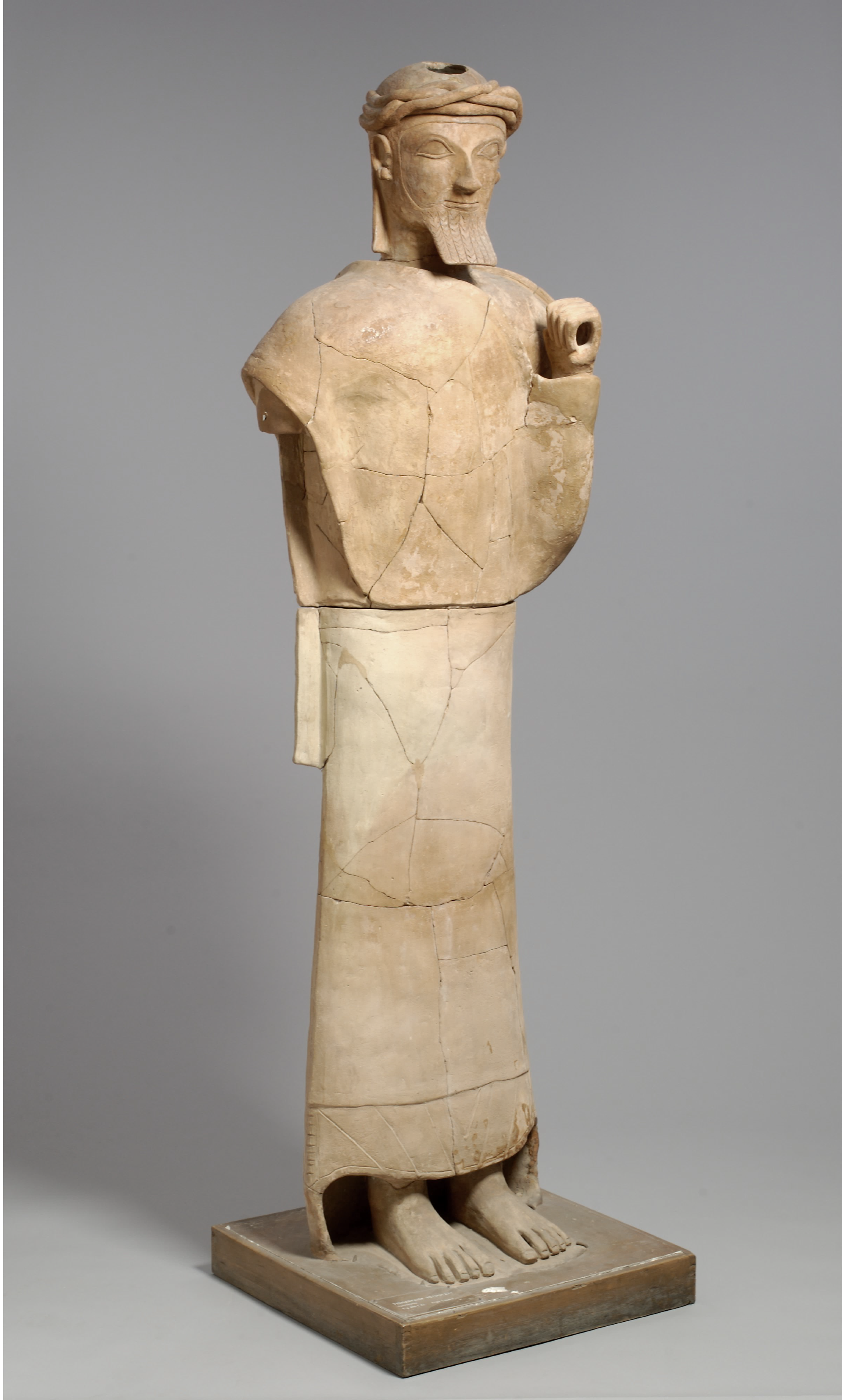 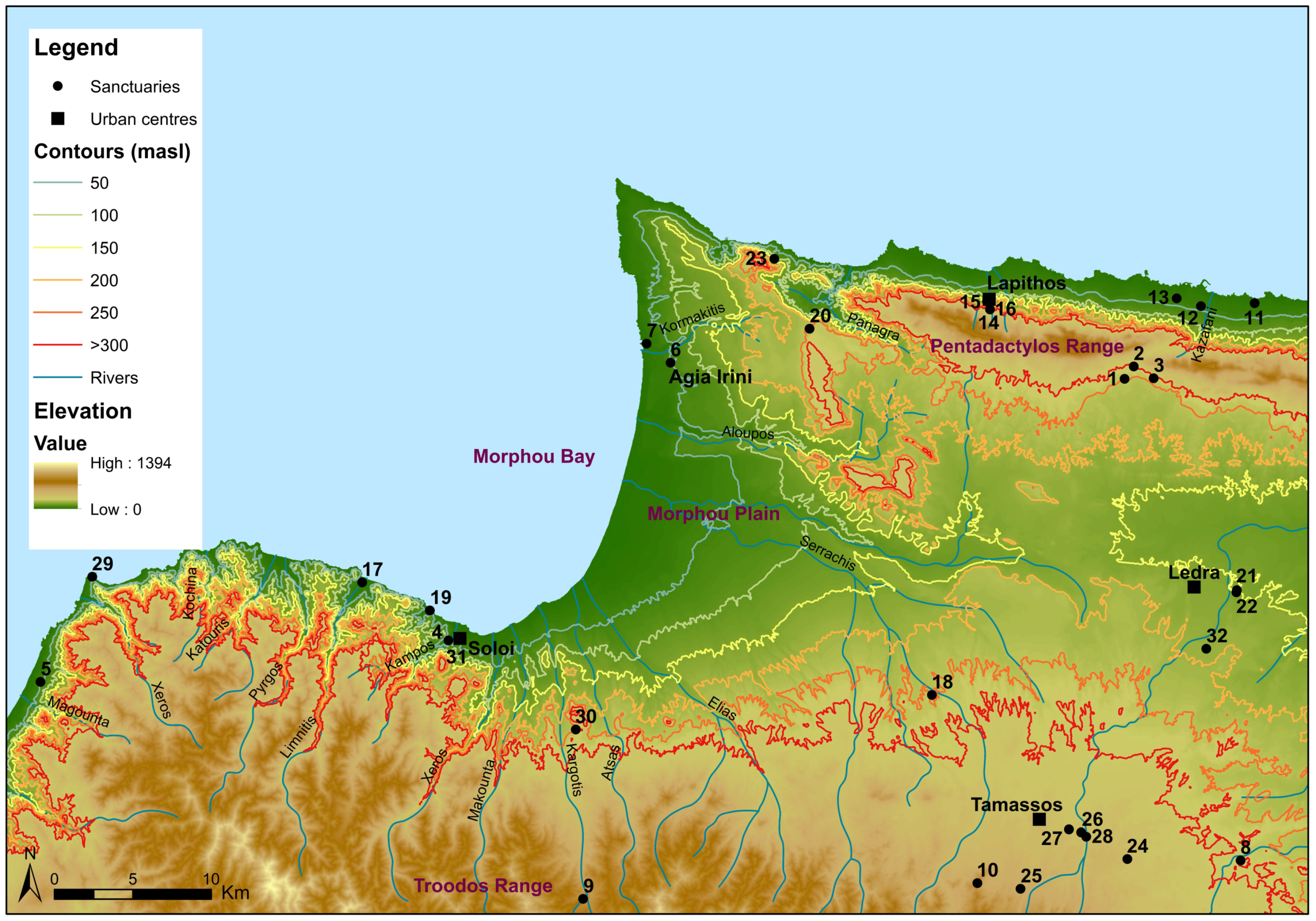 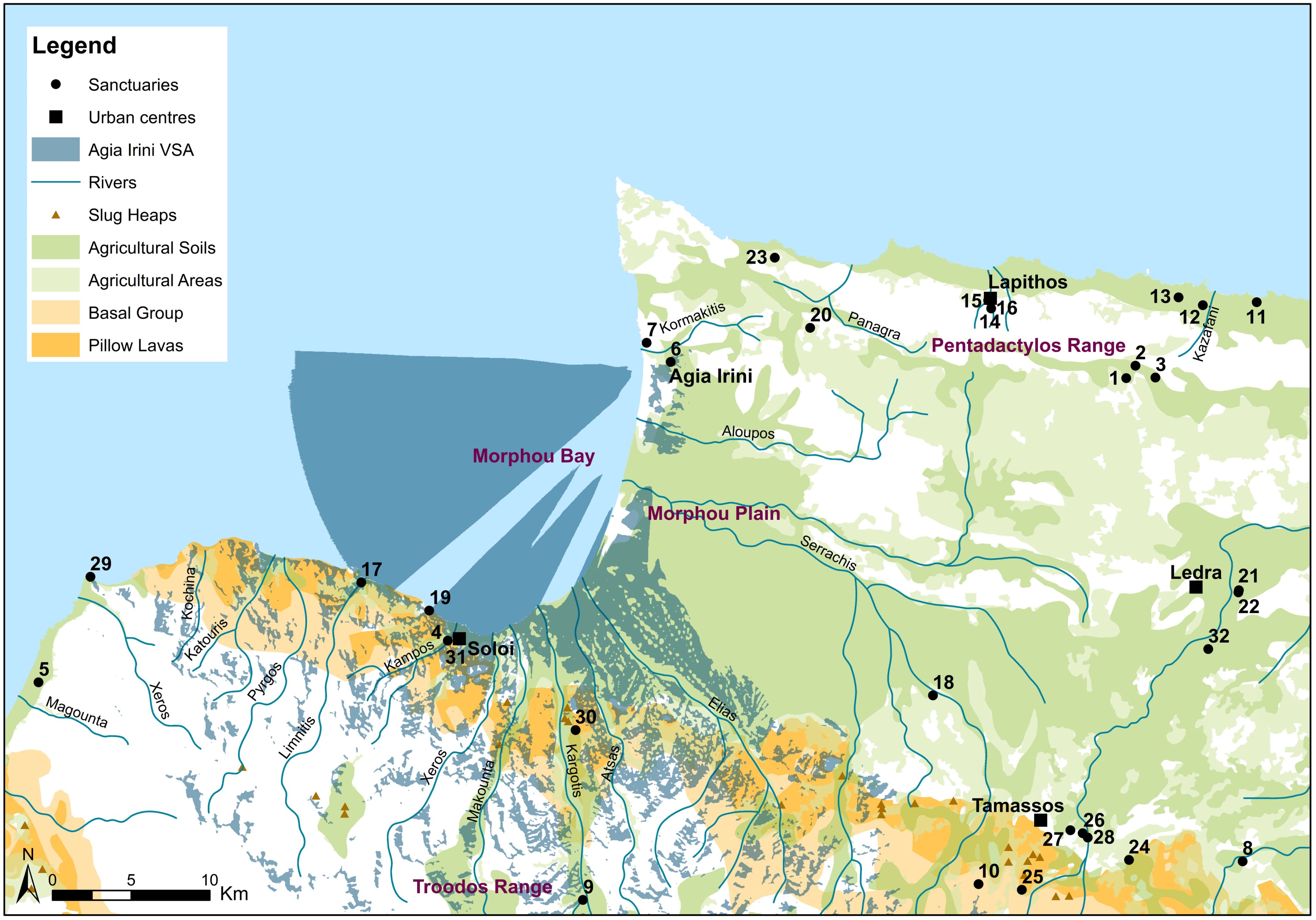 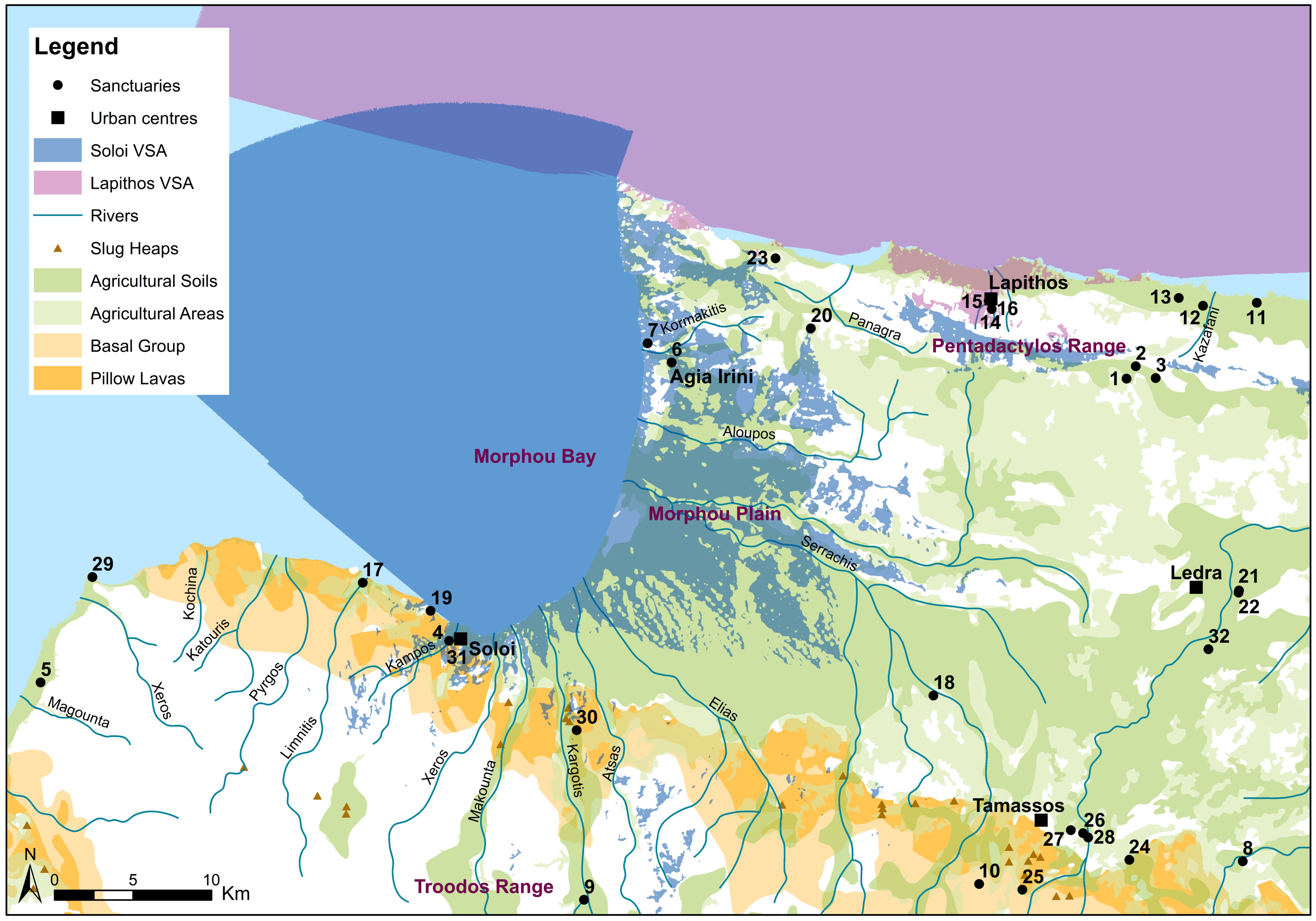 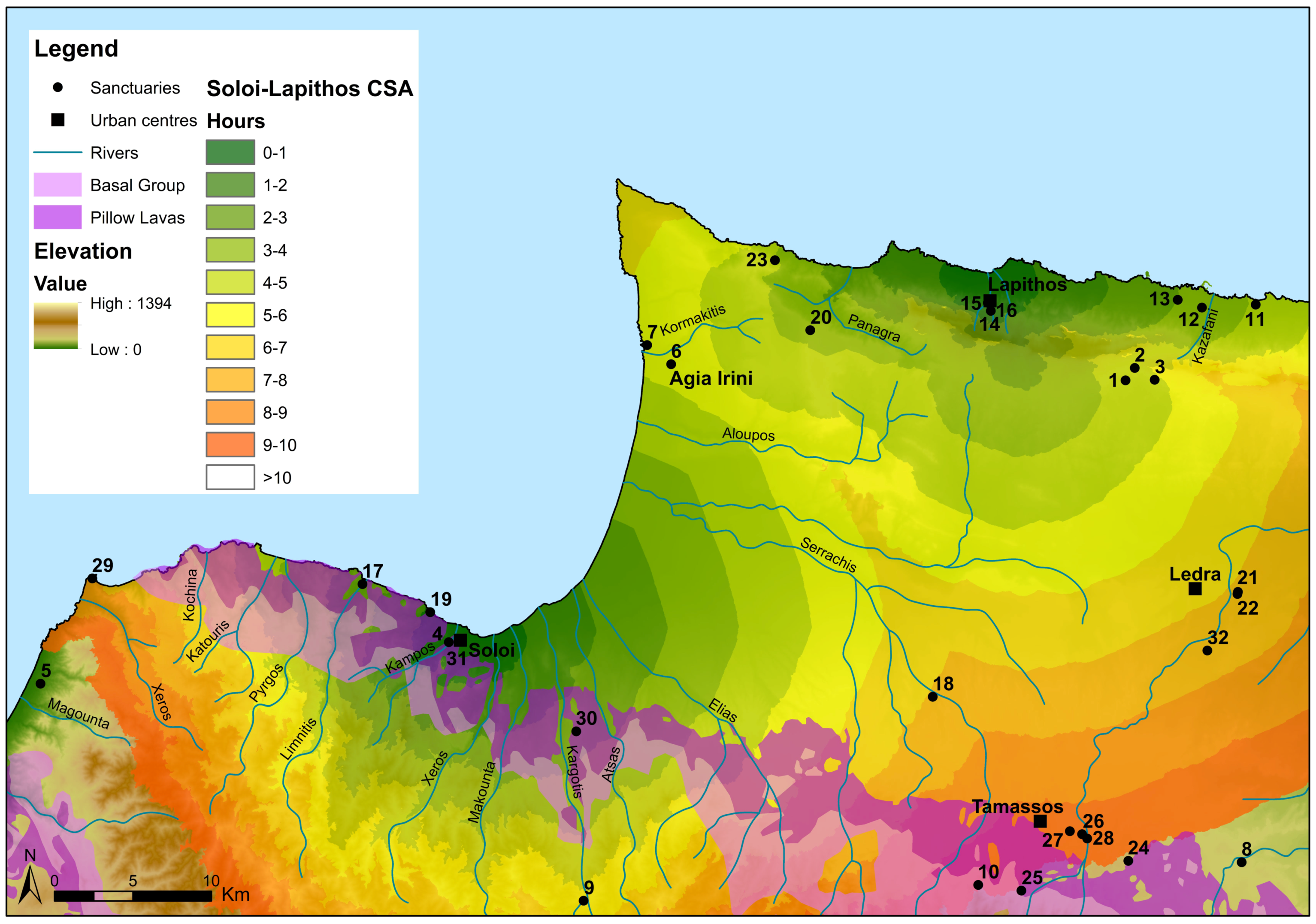 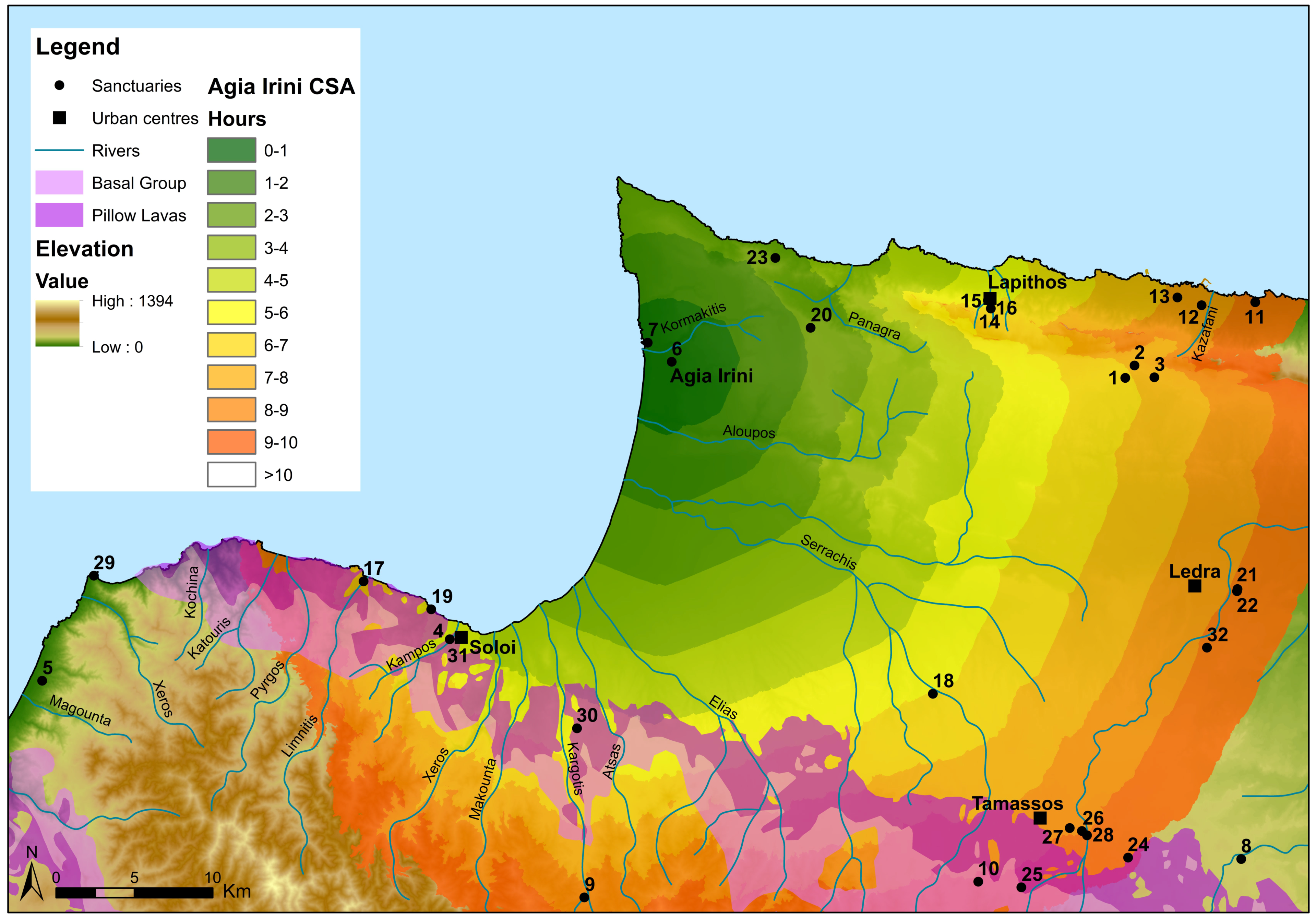 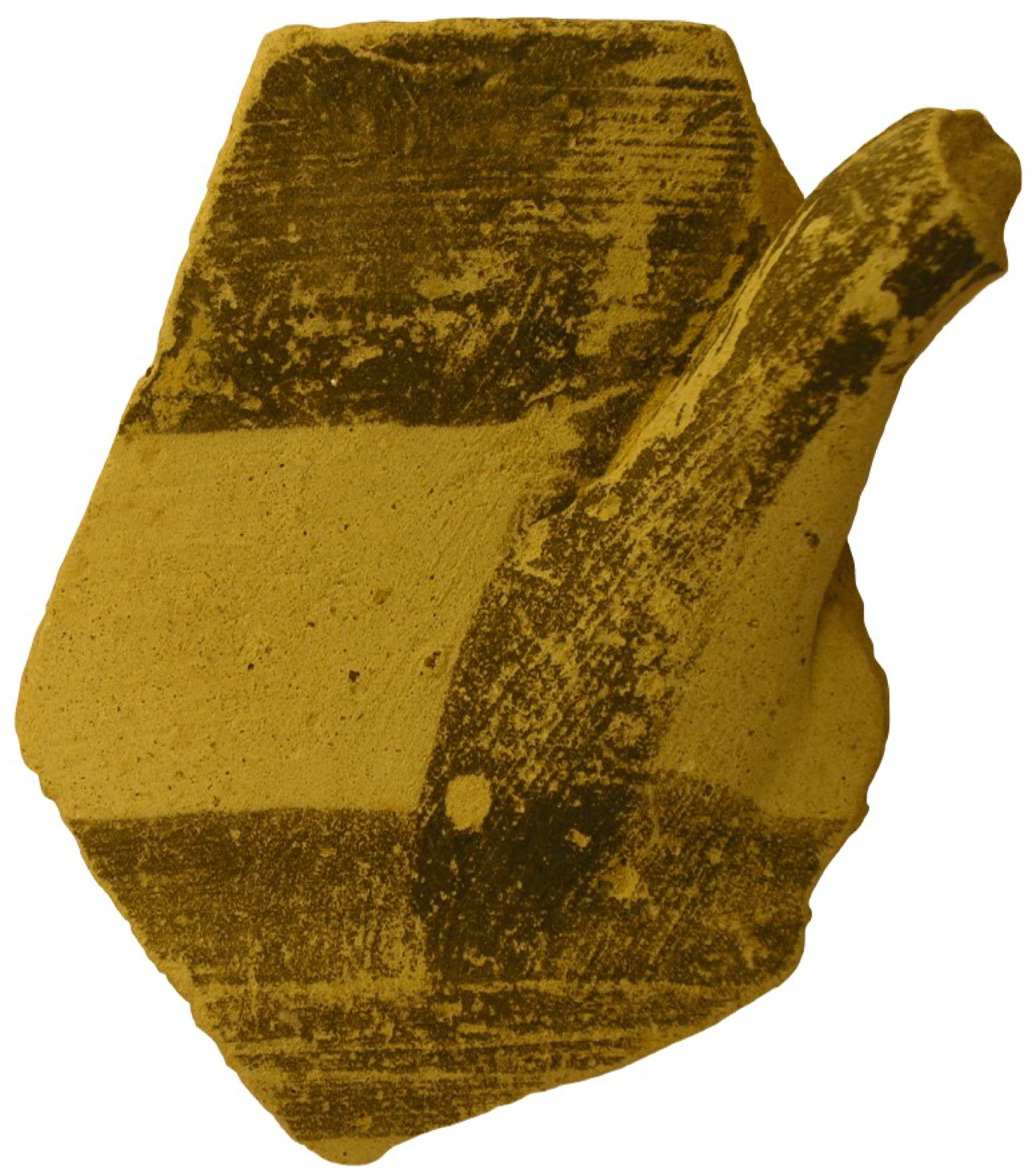 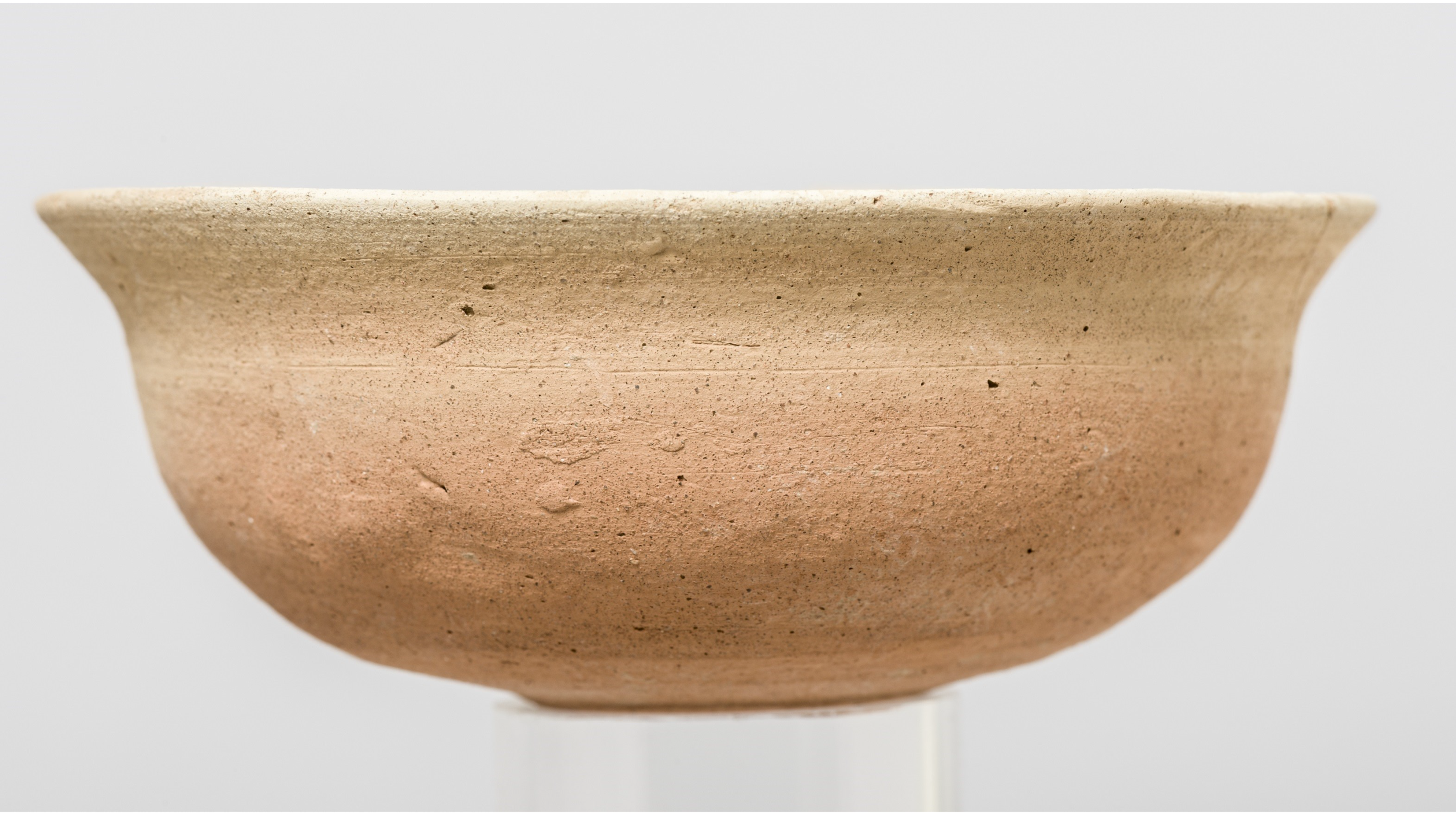