The Cypriot Extra-Urban Sanctuary as a Central Place: the Case of Agia Irini
Previous Article in Special Issue

This paper is a summary of the findings of research work conducted in two case studies in the Rift Valley, Kenya. This study used the Neo-Institutional theory to interrogate how the rules and regulations (institutions involved) of the agrarian reform process in Kenya are constantly changing and helping to shape the livelihoods of social actors around Mau Forest. The first case study—Ndungulu, is a settlement scheme where the Ogiek ethnic community were resettled between 1995 and 1997 after the land clashes of 1992. The second case study is the Kamuyu cooperative farm, a post-colonial settlement scheme owned by a cooperative society that was founded in 1965 by members from the Kikuyu ethnic group. This study employed qualitative data collection methods intermittently between 2012 and 2017 for a total of two years. A total of 60 interviews were conducted for this research. Thirteen (13) of these were key informant interviews with experts on land. The qualitative interviews were complemented by participant observations and nine focus group discussions. The qualitative data from the interviews and focus group discussions were transcribed, coded and analyzed thematically. Observations documented as field notes were also analyzed to complement the study findings. In this paper, the challenges, bargaining position and power play between social actors and government institutions implicated in the agrarian reform process in Kenya has been brought to the forefront. For instance, due to the structural issues that date back to the colonial period, the Ogiek have found innovative ways to maintain their daily existence (e.g., maintaining traditional methods of apiculture in Mau Forest). However, constraints in accessing forest land has resulted in them taking desperate measures, namely; selling off land to the Kalenjin in what is called “distress land sales”. On the contrary, the neighboring Kikuyu have maintained their land ownership status despite recurrent ethnic clashes that have occurred during general election years. View Full-Text
Keywords: forest land governance; Mau Forest; Ogiek; institutions; land grabbing; Community Land Act and customary law forest land governance; Mau Forest; Ogiek; institutions; land grabbing; Community Land Act and customary law
►▼ Show Figures 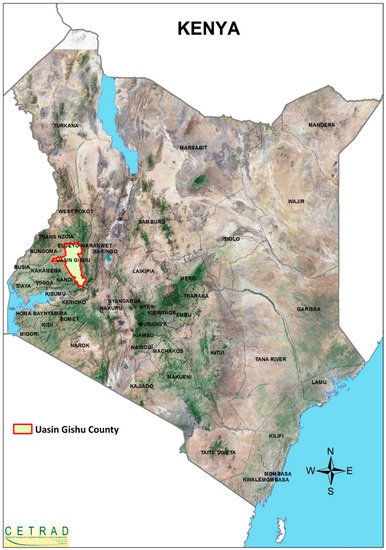