Oncogenic and Tumor-Suppressive Functions of NOTCH Signaling in Glioma 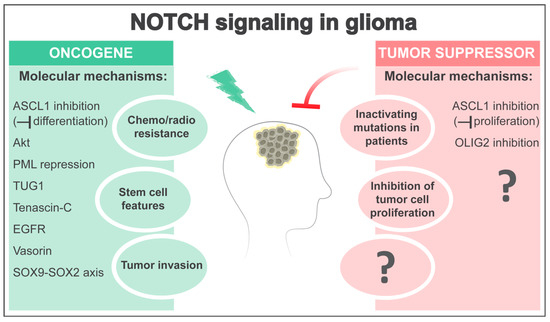