Bird Management in Blueberries and Grapes
Previous Article in Journal

This study investigated the impact of organically grown cereals on the level of free asparagine (Asn) with simultaneous consideration of grain yields and flour qualities over three growing seasons in Germany. Additionally, the relation of free Asn and acrylamide (AA) was investigated. By including free Asn results of a second trial site, heritability of the trait free Asn was calculated. Free Asn was significantly influenced by species and within species by cultivars. Rye showed the highest free Asn amount, followed by einkorn, emmer, wheat, and spelt. Replacing rye with spelt would reduce free Asn by 85%. Cultivars differed in free Asn by up to 67% (wheat), 55% (spelt), and 33% (rye). Year significantly influenced free Asn levels. Heritability was high for wheat and spelt concerning locations, but regarding years, heritability was low for wheat but high for spelt and rye. For organically grown cereals, the relation between free Asn and AA formation has never been investigated. Across species and years, a correlation of R2 = 0.69 *** was found. Thus, free Asn can serve as an indicator for AA formation. In conclusion, the level of free Asn can be highly influenced by proper selection of species and cultivars. View Full-Text
Keywords: Acrylamide; free Asparagine; agriculture; organic farming; cultivars; cultivar selection; cereal production; cereals Acrylamide; free Asparagine; agriculture; organic farming; cultivars; cultivar selection; cereal production; cereals
►▼ Show Figures 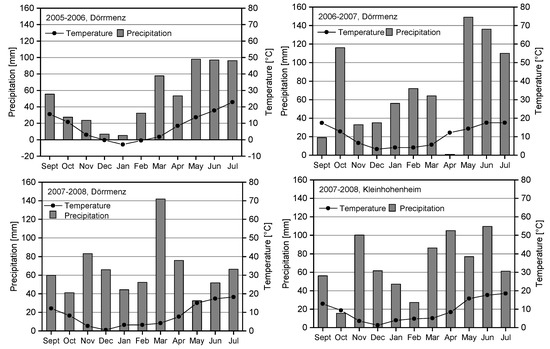