The two types of Cu/Ni foils used in this experiment were (a) samples prepared by the electroplating method (EP samples) and (b) samples prepared by the magnetron sputtering method (MS samples). As shown on Figure 1, the film thickness was 4 μm, and there were eight modulation layers in the Cu/Ni multilayer film. Each layer contained a Cu layer (200 μm) and a Ni layer (300 μm). For EP samples, Ni is plated on the glass substrate before the Cu is plated, so the top layer of the sample is a brown Cu layer. For MS samples, Cu is first plated on the ceramic substrate and then Ni is plated, so the top layer of the sample is silver Ni layer. In this way, the sample causes the material and the substrate to bond more firmly. The section morphology of the Cu/Ni multilayer film was analyzed by scanning electron microscope (SEM) (EVO18, ZEISS, Oberkochen, Germany), and the crystal microstructure of the multilayer film was observed by transmission electron microscope (Titan G2 60-300 (AC-TEM), FEI, Hillsboro, OR, USA). X-ray diffractometer (XRD, D8 advance, Bruker, Karlsruhe, Germany) was used to analyze the crystal structure and average cell size of multilayered foil.
To study the electrical explosion performance of the Cu/Ni multilayer film, the prepared Cu/Ni multilayer film was first photolithographed into a foil with a bridge area of 0.4 × 0.4 mm2. The energy deposition capacity in the process of Cu/Ni multilayer film explosion was studied by an electric explosion performance experimental system (as shown in Figure 2). A high-voltage pulse current was applied to both ends of the foil, and a high-voltage probe and oscilloscope were used to collect and record the electrical signals passing through the foil during charging. The sampling frequency of current and voltage was 1.25 GHz (the time interval is 0.8 ns), so as to ensure that the whole process of electric heating could be recorded accurately. The initial inductance of the loop was 121 nH when the EP sample was tested, and 118 nH when the MS sample was tested. The capacitor had a capacitance of 0.31 μF, a discharge cycle of 1.21 μs, and charging voltages of 2500 V, 3000 V, 3500 V, and 4000 V.

In this paper, the structure and electrical explosion performance of multilayer films were studied and compared under the same thickness, modulation period and size. Among them, the crystal particle size of the Cu/Ni multilayer film prepared by the magnetron sputtering method is large, the premixed layer between layers is thick. The crystal particle size of the Cu/Ni multilayer film prepared by the electroplating method is small, the boundary between layers is clear, and the thickness of the premixed layer is thin. Based on the analysis of the current and voltage data, the curves of the resistance versus time and the resistance energy curves of different samples under different voltages are obtained. Combined with the experimental images after the foil electric explosion, we find that the difference in the electric explosion performance is mainly due to the difference between the absorption energy efficiencies of the solid phases as a result of the different structures of the two samples. The energy conversion efficiency of the MS sample in the solid phase is better than that of the EP sample, which accelerates the whole process of the electric explosion and advances the resistance spike. We also find that the MS samples absorb more energy in the solid and liquid phase and the high resistance area before gasification is larger. As the melting process of the MS sample occurs over a larger area, the size of the gasification area is reduced, and the current density of the gasification area is lower than that of the EP samples. Therefore, the temperature of the MS sample is lower, and the average free path of electrons is smaller when this sample is ionized. Therefore, the minimum field strength required by the MS sample is higher than that required by the EP sample.
To explain the difference in the electric exploding performance of the two kinds of samples, a single-layer micro-model of the multilayer foil was established. Through the simulation of the heating process of each part of the model, we find that the current flowing through the high resistance material can be increased by the model premixed layer. It is shown that the high energy conversion efficiency of the solid phase of the MS sample is due to the thickness of the premixed layer between the layers being thicker. Thus, the increase in the thickness of the premixed layer can greatly improve the energy conversion efficiency of the solid phase of the sample. In this study, the relationship between the microstructure of multilayer film exploding foils and their electrical explosion performance is discussed from the two aspects of experiment and theory, which is helpful for regulating the electrical explosion performance by controlling the microstructures of multilayer film exploding foils in the future.

This research received funding from the National Natural Science Foundation of China (No.11872342). 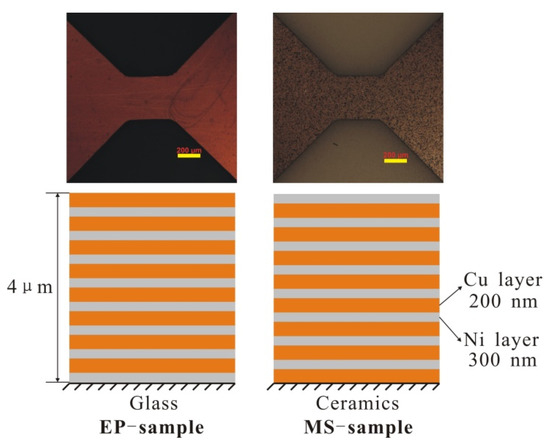 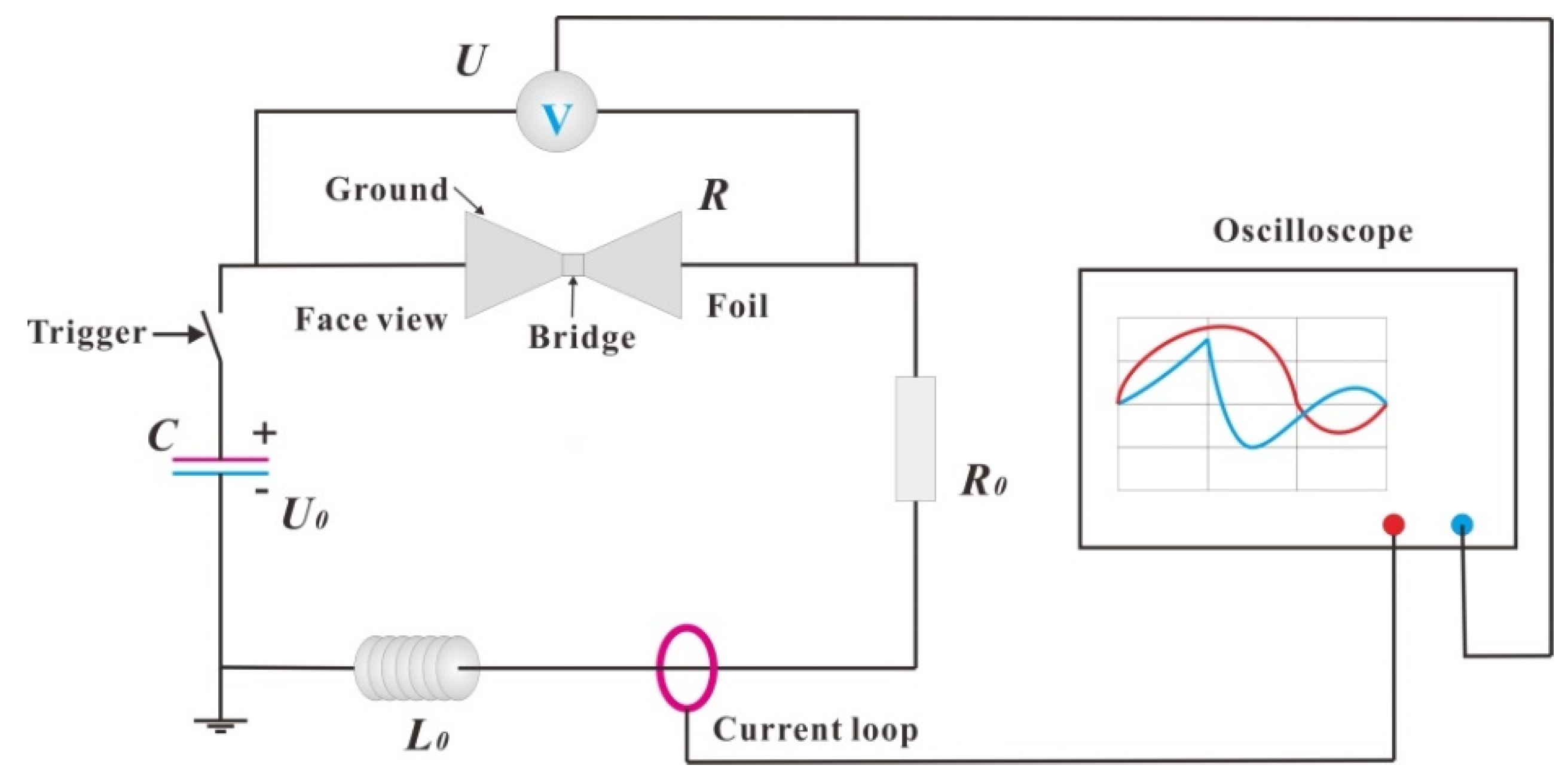 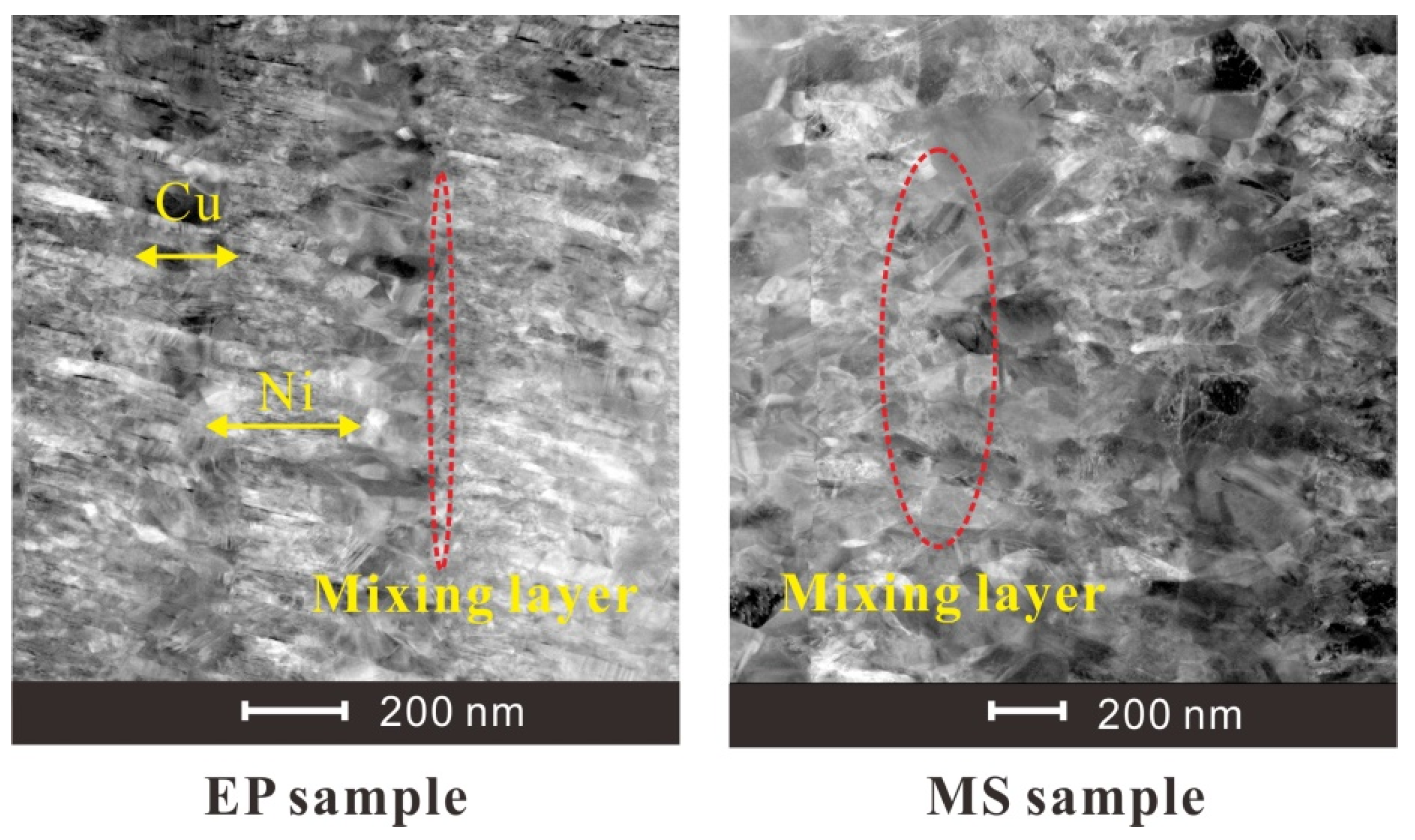 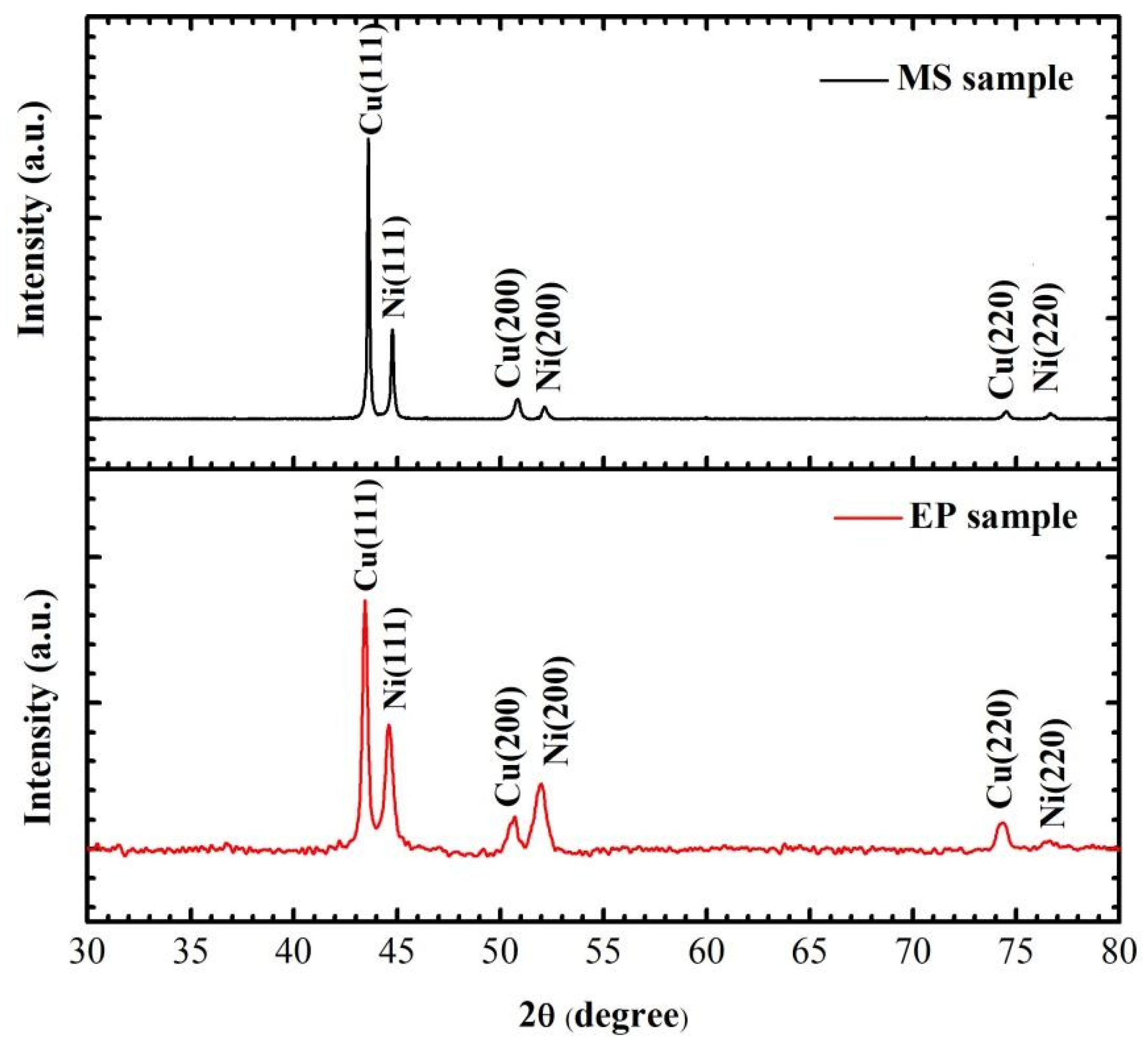 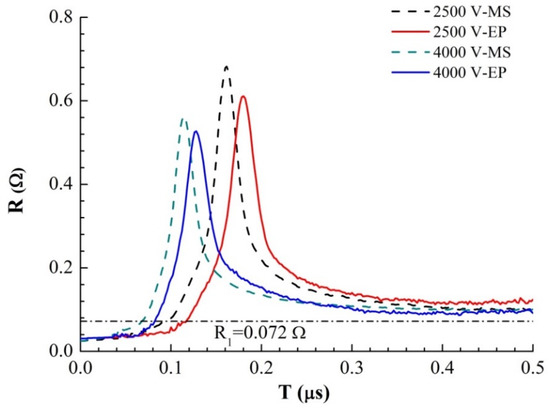 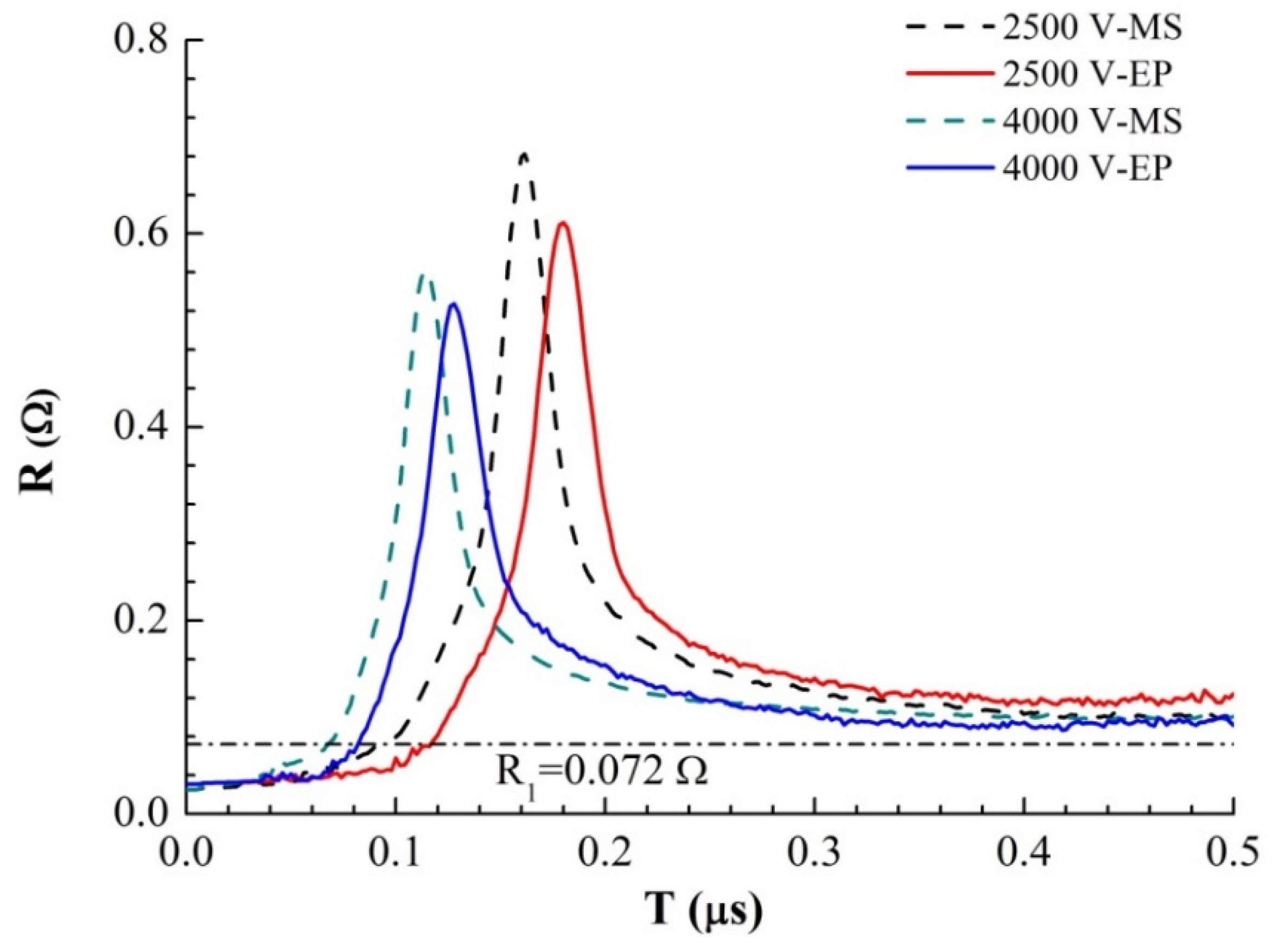 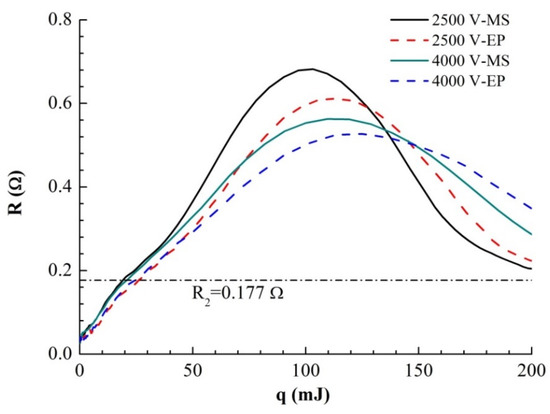 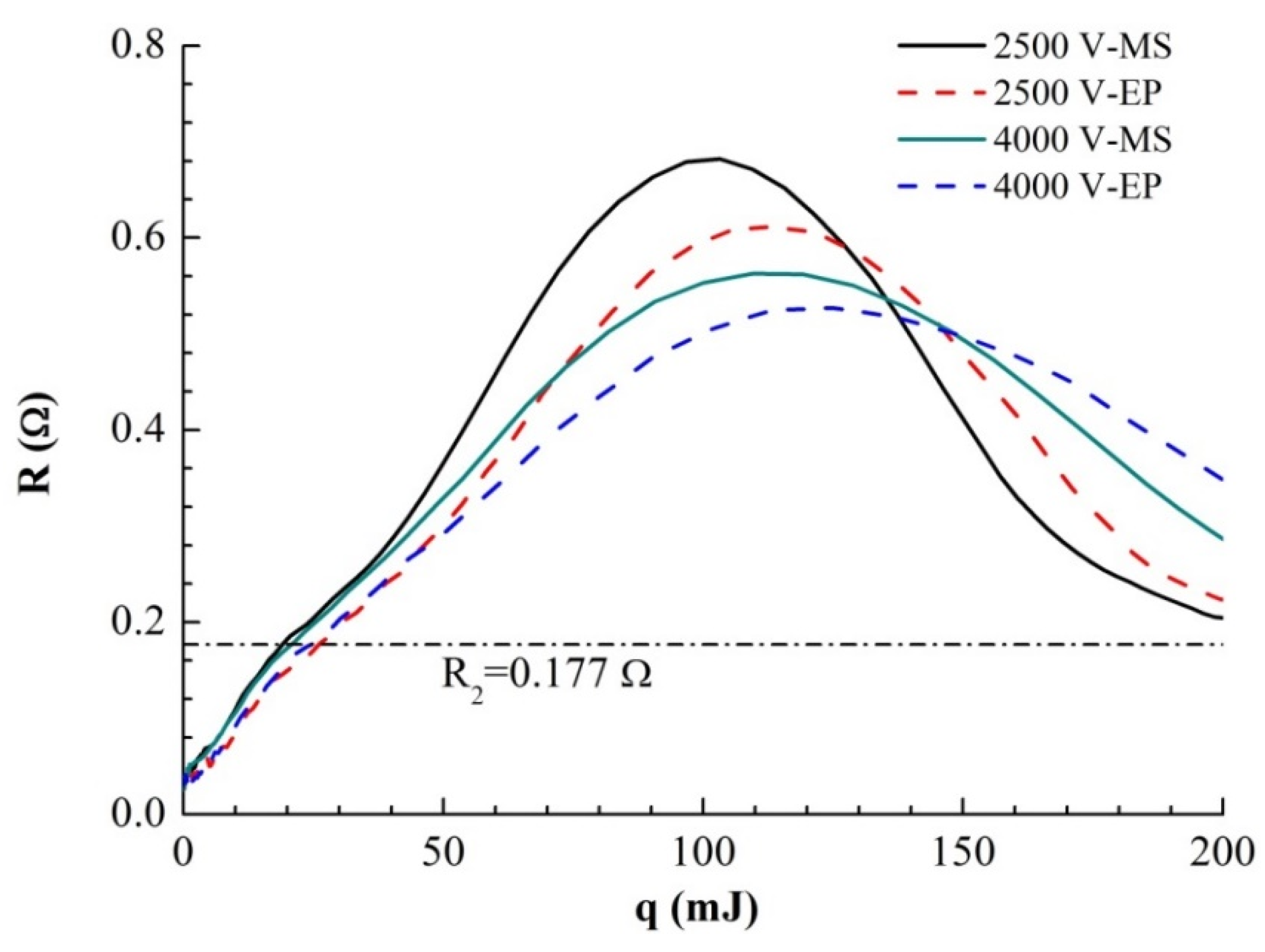 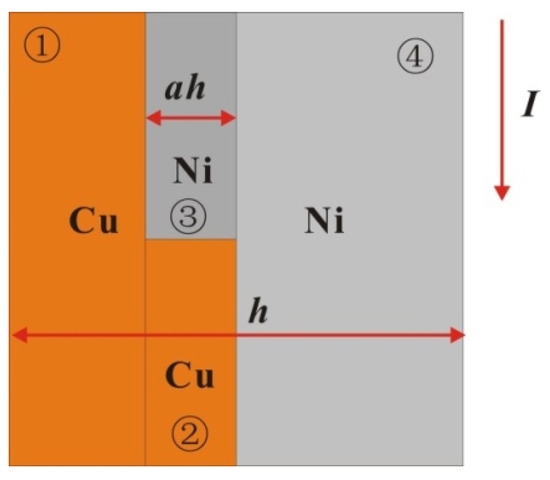 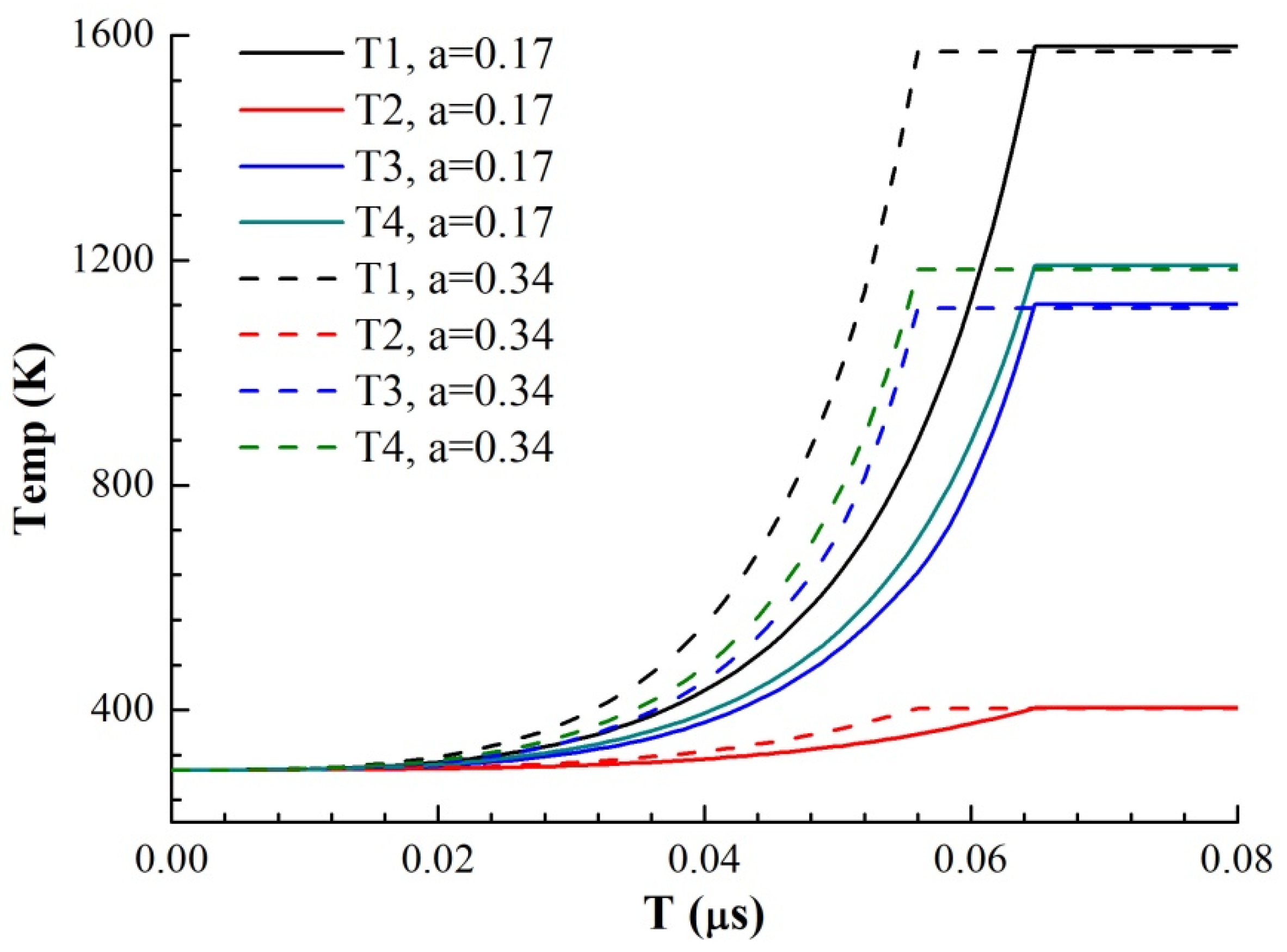