In this research, the enhancement in electrochemical performance of pyrolyzed carbon microelectrodes by surface modification is investigated. For the proposed microfabrication process, pyrolyzed carbon microelectrodes with multi-walled carbon nanotubes (MWCNTs) on their surface are obtained by developing GM-1060 photoresist in mixture of propylene glycol methyl ether acetate (PGMEA) and CNTs, and following pyrolysis of a micropatterned photoresist. Polyvinyl alcohol (PVA)/H2SO4 electrolyte (1 M) was applied to assemble this carbon/CNT microelectrode-based all-solid-state microsupercapacitor (carbon/CNT-MSC). The carbon/CNT-MSC shows a higher electrochemical performance compared with that of pyrolyzed carbon microelectrode-based MSC (carbon-MSC). The specific areal and volumetric capacitances of carbon/CNT-MSC (4.80 mF/cm2 and 32.0 F/cm3) are higher than those of carbon-MSC (3.52 mF/cm2 and 23.4 F/cm3) at the scan rate of 10 mV/s. In addition, higher energy density and power density of carbon/CNT-MSC (2.85 mWh/cm3 and 1.98 W/cm3) than those of carbon-MSC (2.08 mWh/cm3 and 1.41 W/cm3) were also achieved. This facile surface modification and optimization are potentially promising, being highly compatible with modern microfabrication technologies and allowing integration of highly electrically conductive CNTs into pyrolyzed carbon to assemble MSCs with improved electrochemical performance. Moreover, this method can be potentially applied to other high-performance micro/nanostructures and microdevices/systems.
Keywords: microelectrode; supercapacitor; carbon microelectrode; supercapacitor; carbon

Supercapacitors (SCs), an important kind of energy storage device, have many advantages over traditional energy storage devices [1,2,3]. There are three kinds of SCs employed in energy storage, namely electrical double layer capacitors (EDLCs), pseudocapacitors, and hybrid SCs. Among these three kinds of SCs, EDLCs are the most commonly applied and studied SCs due to their high stability and low cost. For EDLCs, the charge is stored electrostatically in the Helmholtz layer at the interface of the electrode and electrolyte. EDLC electrodes usually have high specific surface area (SSA) and electrical conductivity such as activated carbons (AC), carbon aerogels, carbon nanotubes (CNTs), graphene, carbide-derived carbon (CDC), and others [4]. Owing to their high SSA and that no chemical reactions occur between electrode and electrolyte, EDLCs usually possess high power density, fast charge/discharge rates, and ultralong lifetimes [5,6,7].
Microsupercapacitors (MSCs) with interdigital microelectrodes, showing relatively high SSA and short ion diffusion pathways, are of great potential for energy storage microdevices [8,9]. Various fabrication processes for MSCs have been proposed, including photolithography [10,11,12], inkjet printing [13], laser-irradiation assisted method [14,15,16], and others. Among these fabrication processes, photolithography is widely used due to its capability of facile control for interdigital microelectrode configuration and full compatibility with current microtechnologies [17,18,19]. Additionally, micropatterned photoresists can be directly carbonized into porous carbon microstructures which possess good chemical inertness, high reliability, and high electrical conductivity. Furthermore, the pyrolyzed carbon can be employed as a significant component in microdevices/systems such as microcantilevers [20], micromirrors [21], and MSCs [22,23,24,25,26,27,28]. In recent years, there are some reported results related to MSCs constructed by pyrolyzed carbon microelectrodes which aim to improve the electrical conductivity, energy storage performance, and cycling stability of pyrolyzed carbon microelectrodes. Yang et al. [26] fabricated an MSC based on photoresist/chitosan-coated carbon nanotube (CHIT-CNT) microelectrode, which has an excellent specific capacitance and high cycling stability over 10,000 cycles. The facile and compatible construction strategy is the critical issue for high-performance MSC.
The microfabrication process of MSC is more important than the choice of electrode materials regarding the reduction of costs. However, previous work has usually focused on how to fabricate the MSC more effectively and ignored the universality of the microfabrication process, and there are a lack of strategies for the optimization of the surface, especially for limited area of MSCs. Surface engineering is an effective way to further improve the performance of a supercapacitor, while rarely applied in MSCs. Herein, developing an advanced surface engineering method for MSCs will expand the optimization strategy to obtain higher electrochemical performance. In this research, a novel surface engineering approach for pyrolyzed carbon microelectrodes is reported. The carbon microelectrodes are derived from a micropatterned GM-1060 negative photoresist (Gersteltec Sarl), which is developed in a mixture of propylene glycol methyl ether acetate (PGMEA) developer and multi-walled carbon nanotubes (MWCNTs), followed by pyrolysis under N2 flow. By developing the photoresist in a mixture of PGMEA and CNTs, a micropatterned photoresist with CNTs on its surface is obtained. Subsequent pyrolysis of the micropatterned photoresist is conducted under N2 flow at 900 °C and 1 M polyvinyl alcohol (PVA)/H2SO4 electrolyte is applied as electrolyte to assemble the all-solid-state MSC. The specific areal capacitance of carbon-MSC is 3.52 mF/cm2 (23.4 F/cm3) at the scan rate of 10 mV/s, maximum energy density is 2.08 mWh/cm3 and maximum power density is 1.41 W/cm3. For carbon/CNT-MSC, a higher specific areal capacitance of 4.80 mF/cm2 (32.0 F/cm3) was obtained at the scan rate of 10 mV/s, maximum energy density was 2.85 mWh/cm3 and maximum power density was 1.98 W/cm3. By this facile surface modification method, a significant improvement in performance of MSC is achieved. Besides, this method could potentially be used for the application of high-performance microelectrodes.

2.1. Preparation of the Developer

Fifty milligrams CNTs (purity > 99.9 wt %, XF NANO, Nanjing, China) and 20 mL PGMEA were uniformly mixed together and ultrasonicated for 1 h at room temperature. Afterwards, the mixture was used as the developer for GM-1060 photoresist.

Firstly, Si/SiO2 substrate (3000/500 nm) was rinsed by acetone, isopropanol (IPA), and deionized (DI) water, followed by baking at 135 °C for 20 min. A uniform GM-1060 negative photoresist layer on the substrate was obtained by spin coating at 2000 rpm for 40 s. The sample was left to cool down to room temperature. After a 5 min, the sample was pre-baked at 65 °C for 5 min and then 95 °C for 30 min. Then the sample was exposed to UV light for photolithography. After 5 min, the sample was post-baked under the same conditions as in the pre-baking process, and was left to cool down to room temperature. Afterwards, the development and rinsing of samples were conducted in PGMEA/CNTs for 3 min and IPA for 30 s, respectively, followed by pyrolysis at 900 °C under N2 flow for 1 h.

Morphology of the fabricated microelectrodes was studied using a field-emission scanning electron microscope (SEM, JEOL JSM-7100F, Tokyo, Japan) at an acceleration voltage of 15 kV. X-ray photoelectron spectroscopy (XPS) measurements were performed using a VG Multilab 2000 instrument for chemical bond characterization. Micro-Raman spectra of the samples were obtained by a Renishaw RM-1000 laser Raman microscope. The electrochemical performances of MSCs were evaluated by a commercial potentiostat (AC Instruments, 660D Model) in 1 M PVA/H2SO4 gel polymer electrolyte, which is a mixture of 5 mL H2SO4, 10 g PVA, and 100 mL deionized water. The potential window of the cyclic voltammetry tests was 0–0.8 V and the frequency range of electrochemical impedance spectroscopy (EIS) plots was 0.01–100,000 Hz. 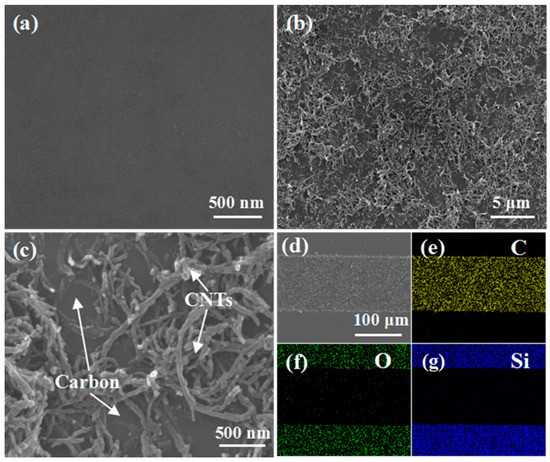 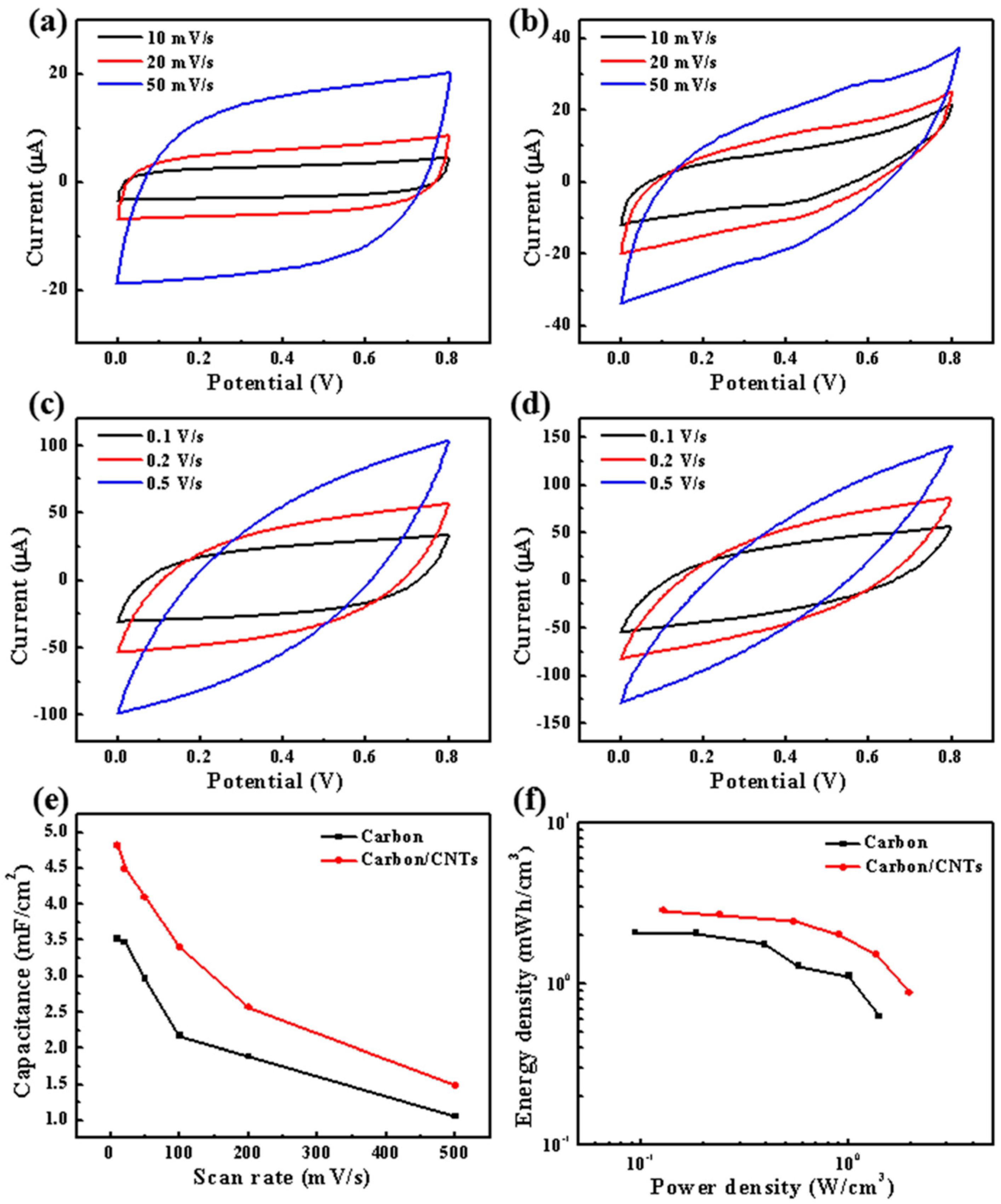 Table 1. Performance comparison of carbon-based MSCs.
Table 1. Performance comparison of carbon-based MSCs.
© 2019 by the authors. Licensee MDPI, Basel, Switzerland. This article is an open access article distributed under the terms and conditions of the Creative Commons Attribution (CC BY) license (http://creativecommons.org/licenses/by/4.0/).
We use cookies on our website to ensure you get the best experience. Read more about our cookies here.
Accept
We have just recently launched a new version of our website. Help us to further improve by taking part in this short 5 minute survey here. here.
Never show this again