Integrating Microfabrication into Biological Investigations: the Benefits of Interdisciplinarity
Previous Article in Journal

A Bubble-Free Microfluidic Device for Easy-to-Operate Immobilization, Culturing and Monitoring of Zebrafish Embryos

2.2. Configuration and Mechanism of the Device

The device consists of a sample processing disc and its associated rotary power output mechanism, a pipetting module, a magnet module, and an external central controller to control the execute commands of all modules in tandem or in parallel. The schematic diagram of the device is shown in Figure 1. The sample processing disc, as shown is Figure 2A, has numerous round holes of different sizes on the outermost circumference. In particular, holes with the smallest size are for pipette tip placement, holes with the largest size are for the placement of 1.5 mL microcentrifuge tubes, and there is a medium sized hole with a circumference slightly greater than the maximum circumference of the pipette tip, which is employed for the disposal of used pipette tips and reagent waste. The rectangular hole is for placing the microfluidic chip, which is used for further PCR. The rotary power output mechanism is located underneath the sample processing disc and is connected to its center to regulate the rotating angle of the disc, as shown in Figure 2B. The pipetting module comprises of a shaft for holding pipette tips, a tip ejector arm for removal of tips, and a pump used to draw up or dispense the liquid from the disposable pipette tip. In addition, two stepping motors each connect to a slip belt (Figure 2C) are coupled to the external central controller separately to drive the shaft and the pump to move vertically relative to the horizontal plane. The magnet module includes a cone magnet (Figure 2A,B) colored in purple) to supply an external magnetic field, and a servo motor connects to the external central controller to dominate the presence and absence of the magnetic field. Furthermore, the sample processing disc, the rotary power output mechanism, the pipetting module, and the magnet module are integrated into a portable box with a dimension of 220 × 165 × 210 mm, as shown in Figure 2D, and the whole device has a weight of approximately 3 kg. Inside the portable box, a UV light controlled by the external controller is located on top to expose and decontaminate the device, therefore eliminating contamination between runs.

The microchip was fabricated by standard lithography technology, as shown in Figure 4. Following this, 4-inch double sided polished silicon wafers were cleaned in piranha solution and hydrofluoric acid solution. The photolithographically patterned substrate first subjected to descum process in O2 plasma. Then, induced coupled plasma-deep reaction ion etching (ICP-DRIE) was applied to etch silicon to form wells and channels for carrying out real-time PCR (RT-PCR) reactions. After photoresist was stripped by plasma, the wafer grown thermal oxide with a thickness of 1000 Å as a passivation layer used to avoid non-specific adsorption of PCR components. The oxide wafer was bonded with a 4-inch glass wafer by anodic bonding to form a closed PCR chamber and finally the wafer was diced into individual microchips. It is worth noting that we designed the chip inlet and outlet on the side of the chip rather than its top and the inlet and outlet port could be opened just after wafer dicing. This design could avoid drilling or punching processes of the inlet and outlet port, as well as making it easier for our device to add extracted nucleic acid into the microchip. The microchip designed for this experiment has three reaction chambers each had a reaction volume of 2 μL.

The cDNA was amplified by real-time PCR, and the amplification target genes Actin and GAPDH were verified by 2% agarose gel electrophoresis. The GAPDH primers consist of a forward primer CAT GAG AAG TAT GAC AAC GCC T and a reverse primer AGT CCT TCC ACG ATA CCA AAG T, which produce a PCR product with a size of 113 bp. The Actin primers were forward primer GAG CAC AGA GCC TCG CCT TT and reverse primer TCA TCA TCC ATG GTG AGC TGG C resulted in a PCR product with a size of 70 bp. Each RT-PCR reaction was performed in 10 μL 2 × Bio-Rad super mix, 1 μL of RT reaction as cDNA, 0.5 μL primers (10 μM) and 8.5 μL ddH2O. The cycling parameters involved denaturation at 95 °C for 3 min, followed by 40 cycles of 95 °C for 30 s and 60 °C for 1 min. Each target gene expression was amplified by two repeated experiments. The RT-PCR was performed using LineGene 9600 Plus (Bioer) and its cycle threshold (Ct) value was determined.

In order to test the performance of the automated miniaturized device for nucleic acid sample preparation, we conducted reverse transcript and real-time PCR using the sample obtained from the device. The results are shown in Figure 5. Prior to testing, the total RNA was extracted from 293T cells by a complete automated process using our automated miniaturized nucleic acid sample preparation device. The concentration of total RNA was quantified by NanoDropTM One and was found to be 500 ng/μL. Total RNA was then reversely transcribed into cDNA and we performed real-time PCR using the protocol as described in Materials and Methods. Since 2 μL total RNA was used in transcription, the concentration of cDNA is 50 ng/μL, thus add 1 μL cDNA into each PCR reaction is equivalent to adding 50 ng of sample into each PCR reaction. We then used Actin and GAPDH gene expression as standard in PCR amplification. Figure 5A shows the real-time PCR amplification results on commercial real-time PCR instrument (BIOER) of Actin and GAPDH gene expression. The upper black and the light blue curve represent two repeated RT-PCR amplification result of Actin, and the lower blue and red curve represent two repeated RT-PCR amplification result of Glyceraldehyde 3-phosphate dehydrogenase (GAPDH). The Ct value of Actin and GAPDH was 14 and 16, respectively, demonstrating that RNA was successfully extracted from the sample cell using completely automated process without human intervention. The Ct value also shows a rather high concentration of the extracted product.
To verify the extracted RNA from 293T cells, we conducted a downstream analysis using conventional electrophoresis gel separation. Figure 5B shows the electrophoresis results of Actin and GAPDH gene expression as an amplification result verification. The marker we used, as shown in the far right line in Figure 5B, was Thermo Fisher Scientific 100 bp DNA Ladder. The results show that the extracted RNA via post-PCR from automated sample preparation device could be successfully separated and clearly detected using the conventional gel electrophoresis, indicating the feasibility of our device for efficient nucleic acid sample preparation.
In order to further verify the performance of our developed device, we compared the real-time PCR amplification results from large commercialized real-time PCR instruments with portable microchip real-time PCR device, as shown in Figure 5C. The amplification curve shown in Figure 5C was attained using the same total RNA extracted from our automated miniaturized device followed by reverse transcription into cDNA, as previously described. However, the DNA was amplified using another of our devices, the portable microchip real-time PCR device, as shown in Figure 5C, rather than a commercialized PCR instrument. Each PCR reaction was carried out using 2 μL PCR mixture, as previously described. The Ct value of Actin and GAPDH was 14 and 16, respectively, which was identical to the experiment results obtained from large commercial PCR instruments. These consistent results illustrate that the total RNA extracted had high purity, as even 2 μL volume of PCR mixture could demonstrate the same result, thus proving the efficiency of our automated miniaturized device. Moreover, our portable microchip real-time PCR instrument generated the same Ct value as commercialized PCR instruments.

In conclusion, we have developed an automated miniaturized device to achieve automation of nucleic acid purification from actual samples. This device can adapt to different extraction protocols by configuring the software in the external central controller to meet personalized needs, and the extracted nucleic acid sample could be directly introduced into the microchip for further downstream applications. This method enables an easy and time-saving nucleic acid extraction, regardless of the experience of the operator. The data indicated that the automated total RNA extraction was equivalent to the performance using a manual process, but the automated extraction is more time-saving with the whole process curtailed to 10 min. The extracted total RNA from 293T cells can be verified by either PCR with post gel electrophoresis or qPCR. The process does not require external instrument for centrifugation or precipitation ensures its portability. In the future, we can integrate the automated miniaturized device with our portable microchip real-time PCR instrument to achieve a fully automated experimental process for practical biomedical applications.

The authors would like to acknowledge the support of the technicians and researchers from Design and Manufacturing Services Facility (DMSF), Nanosystem Fabrication Facility (NFF) at the Hong Kong University of Science and Technology, and Shenzhen Shineway Hi-tech Co., Ltd. 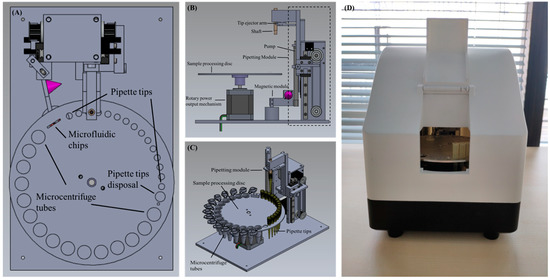 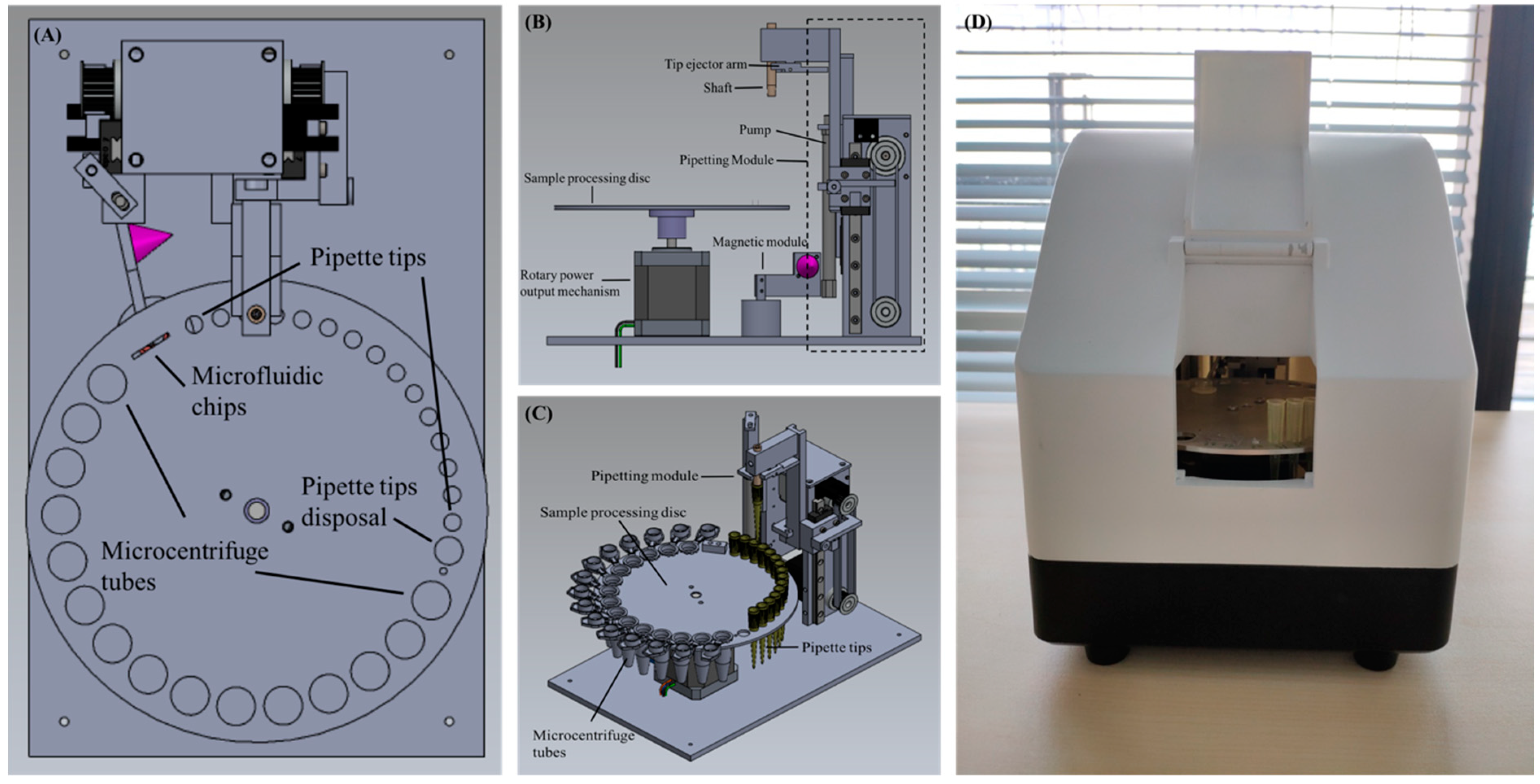 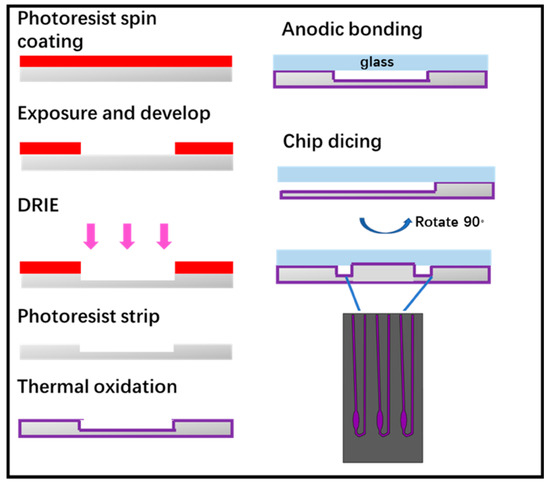 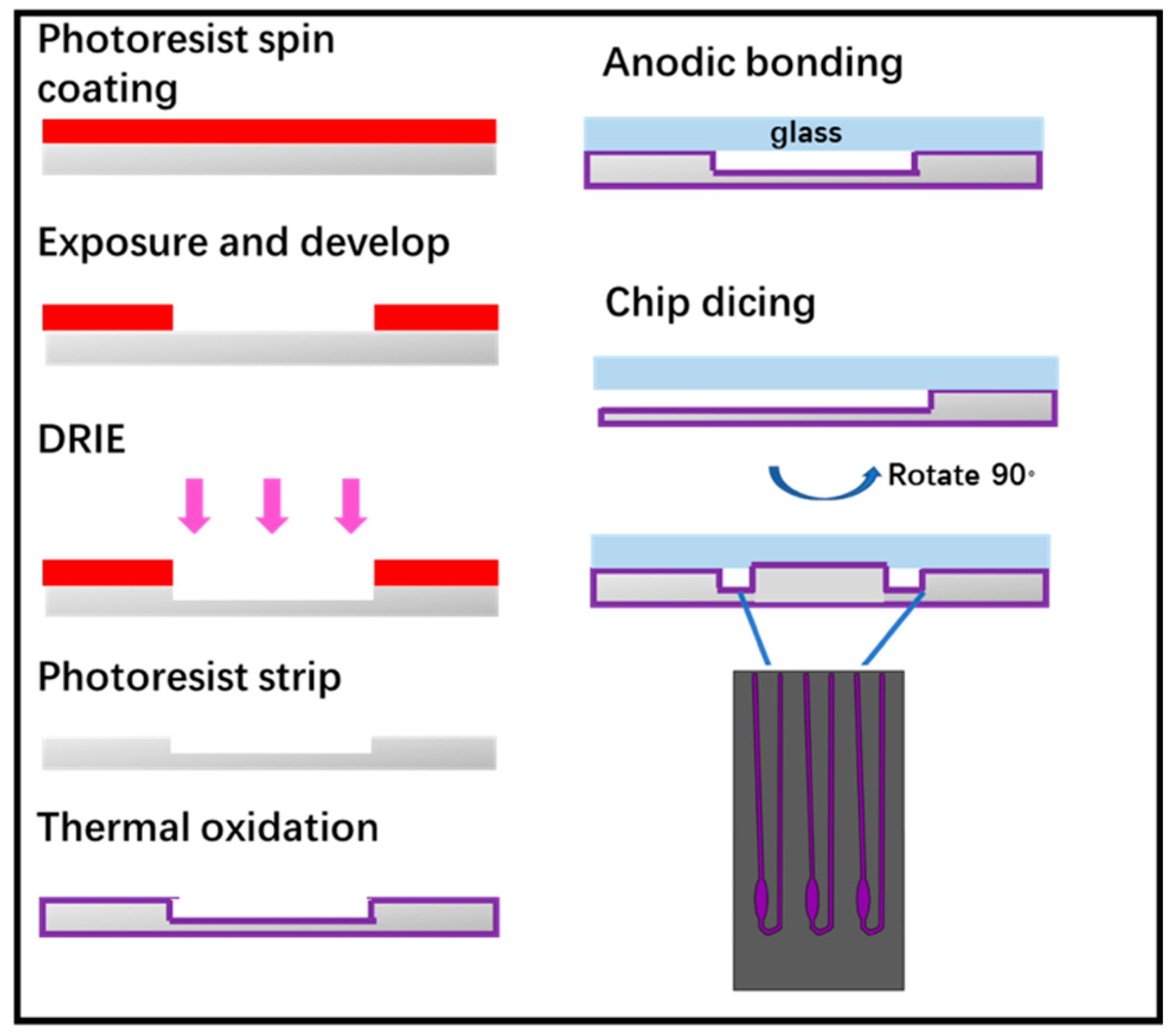 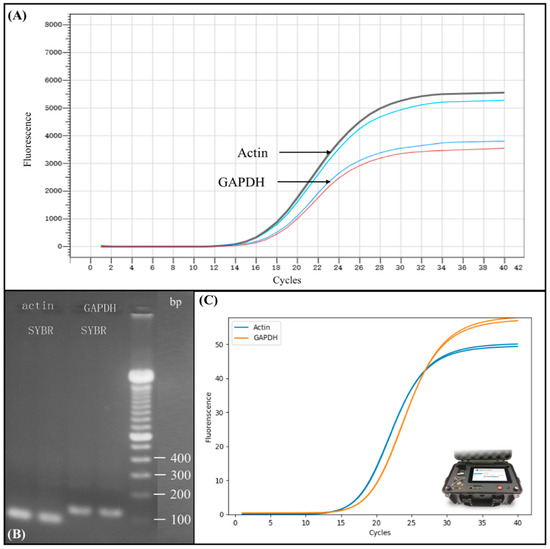 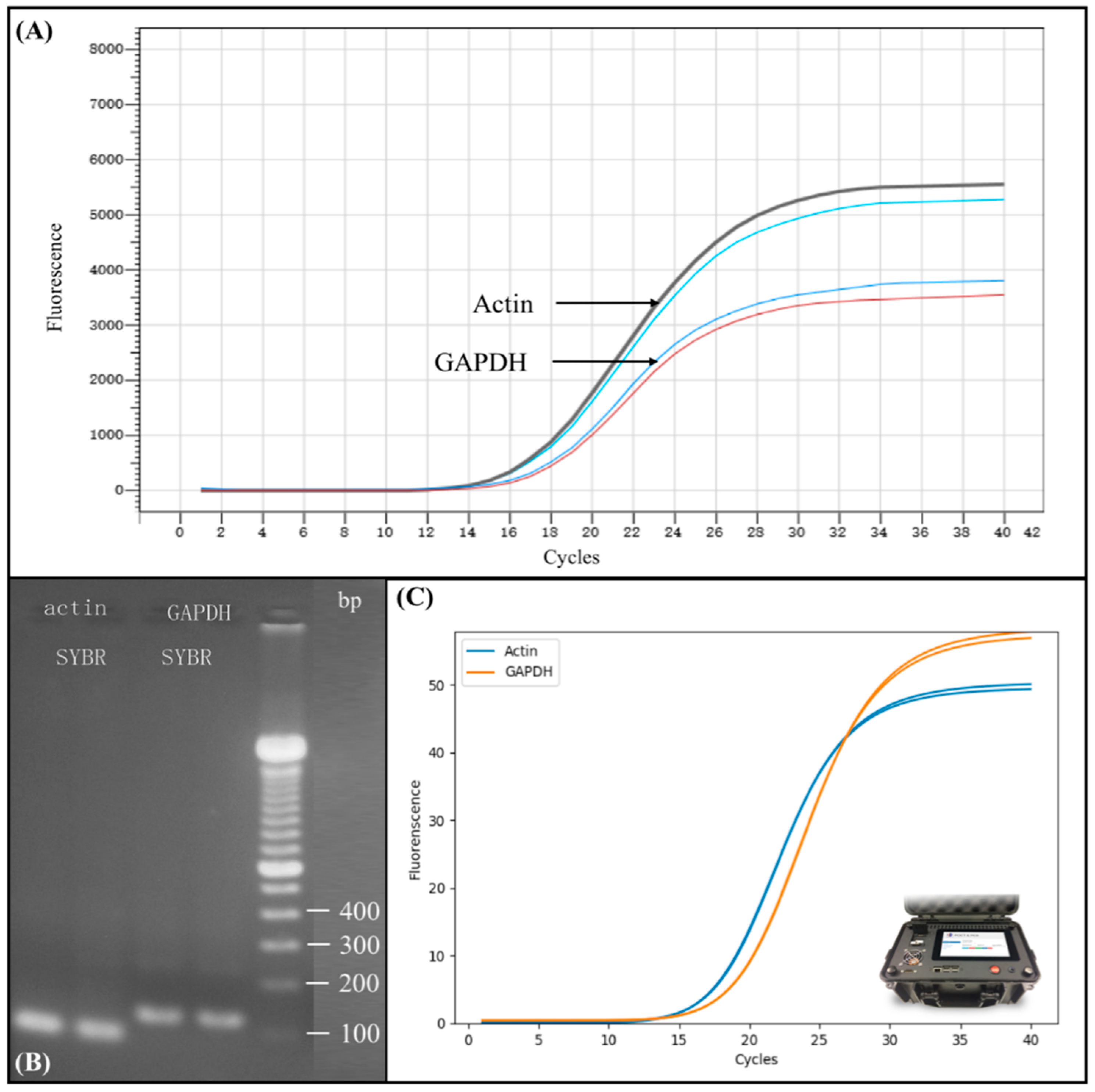