A 2 Week Cross-over Intervention with a Low Carbohydrate, High Fat Diet Compared to a High Carbohydrate Diet Attenuates Exercise-Induced Cortisol Response, but Not the Reduction of Exercise Capacity, in Recreational Athletes
Previous Article in Journal

Therapeutic Potential of Natural Products in Treatment of Cervical Cancer: A Review

Consumption of a High-Protein Meal Replacement Leads to Higher Fat Oxidation, Suppression of Hunger, and Improved Metabolic Profile After an Exercise Session 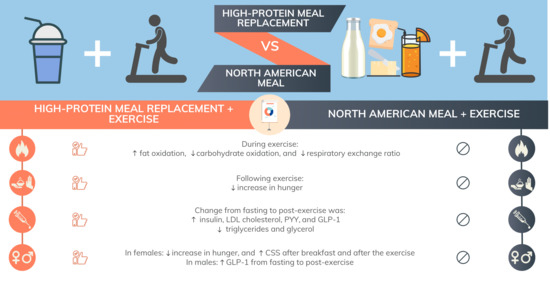