Preconception Health Attitudes and Behaviours of Women: A Qualitative Investigation
Next Article in Special Issue

Systematic Review on Polyphenol Intake and Health Outcomes: Is there Sufficient Evidence to Define a Health-Promoting Polyphenol-Rich Dietary Pattern?

Bioavailability of Sulforaphane Following Ingestion of Glucoraphanin-Rich Broccoli Sprout and Seed Extracts with Active Myrosinase: A Pilot Study of the Effects of Proton Pump Inhibitor Administration

We examined whether gastric acidity would affect the activity of myrosinase, co-delivered with glucoraphanin (GR), to convert GR to sulforaphane (SF). A broccoli seed and sprout extract (BSE) rich in GR and active myrosinase was delivered before and after participants began taking the anti-acid omeprazole, a potent proton pump inhibitor. Gastric acidity appears to attenuate GR bioavailability, as evidenced by more SF and its metabolites being excreted after participants started taking omeprazole. Enteric coating enhanced conversion of GR to SF, perhaps by sparing myrosinase from the acidity of the stomach. There were negligible effects of age, sex, ethnicity, BMI, vegetable consumption, and bowel movement frequency and quality. Greater body mass correlated with reduced conversion efficiency. Changes in the expression of 20 genes in peripheral blood mononuclear cells were evaluated as possible pharmacodynamic indicators. When grouped by their primary functions based on a priori knowledge, expression of genes associated with inflammation decreased non-significantly, and those genes associated with cytoprotection, detoxification and antioxidant functions increased significantly with bioavailability. Using principal components analysis, component loadings of the changes in gene expression confirmed these groupings in a sensitivity analysis.
Keywords: chemoprevention; crucifer; nutritional supplement; pharmacokinetics; pharmacodynamics chemoprevention; crucifer; nutritional supplement; pharmacokinetics; pharmacodynamics

Recruitment targeted healthy adults. Twenty participants were recruited for a brief, single dose pilot conversion study using the BSE plus myrosinase supplement, Avmacol® (Nutramax Laboratories Consumer Care, Inc., Edgewood, MD, USA) (“Pilot Phase”; for demographics, see Table S1). After validating the fact that the commercial BSE supplement had roughly equivalent SF bioavailability to the laboratory-created food supplements we had for years been creating for clinical studies (only), we progressed to the “PPI Phase.” This phase was a more detailed examination of both enteric-coated, and uncoated commercial supplement tablet consumption by healthy volunteers before- and during a course of PPI therapy designed to ablate gastric acid production (for demographics see Table S2). All work was performed exclusively at Johns Hopkins University under the auspices of its IRBs (IRB0007742 and IRB00099644), and under IND 127,220 waiver from the US FDA.
For the PPI Phase, we recruited 16 subjects who had complaints about heartburn or gastroesophageal reflux disease (GERD) but were not taking PPIs. The study physician examined them, and if admitted into the study, they were provided omeprazole to be started only after an initial period of urine collection and ingestion of a single dose of non-coated supplement tablets followed 3 d later by ingestion of a dose of coated supplement tablets. For both phases, participants were instructed to initiate a cruciferous-free diet three days prior to the Avmacol® dose and were given a list of foods to avoid. Instructions were also provided for completion of a contemporaneous diet diary (Pilot Phase, only) covering all food taken after dosing, to be maintained concurrent with urine collection. The tablets for participants in both phases were provided to be swallowed with bottled water at the beginning of the day (prior to the first meal of the day). Written instructions were given to each participant, and these were reinforced in person at the first study visit, for the [complete] urine collections: (1) an 8-h daytime collection (0–8 h), and (2) an evening/overnight 16-h collection (8–24 h). Dose administration, blood and urine sampling, and PPI (omeprazole) treatment are outlined in Figure 1.

A baseline urine collection was obtained from each subject at the end of the 3-day crucifer-free diet period, immediately prior to ingestion of the first BSE dose. After ingesting the dose in the presence of a study team member, participants were required to collect their urine for the following 24 h, divided into two time periods: an 8 h collection from 08:00 to 16:00 and a 16 h collection from 16:00 to 08:00 the next day. Labeled bottles were provided to each subject for this purpose. Participants were not required to refrigerate urine as collected, but were asked not to leave them in extreme environments (i.e., in a hot car in the summertime). We have previously confirmed this to sufficiently protect sample integrity, and no additional stabilizers need be added to samples [10,11,12,15,19,23,28]. The pre- and post-dose urine volumes were measured, and aliquots in triplicate were frozen at −80 °C until analyzed.

The ITC content of the urine samples was determined by the cyclocondensation reaction-HPLC assay [10]. This assay effectively captures SF and all its metabolites as DTC with a 24-h complete urine collection, as previously described [10,25,27]. Briefly, the method is based upon the knowledge that ITC are metabolized in mammals principally by the mercapturic acid pathway. An initial conjugation with glutathione (GSH) promoted by glutathione transferases gives rise to the corresponding GSH–ITC conjugates. These undergo further enzymatic modifications to give rise sequentially to the cysteinylglycine–, cysteine– and N-acetylcysteine–ITC conjugates, all of which are DTC. Nearly all ITC and DTC react quantitatively with the vicinal sulfhydryl groups of 1,2-benzenedithiol to give rise to a cyclic condensation product (1,3-benzodithiole-2-thione), which has properties that are highly suitable for spectroscopic quantification (Am = 23,000 M−1 cm −1 at 365 nm). The cyclocondensation product is stable, and can be separated and quantified by HPLC. Because all known ITC conjugates from human tissues are DTC which react with 1,2-benzenedithiol, the cyclocondensation assay is ideal for determining the total DTC metabolites [10]. Full recovery of ITC metabolites on a molar basis has been demonstrated by Ye et al. [10] and others.
Duplicate 200 μL aliquots from the pre-dose urines and 20–200 μL aliquots from the post-dose urines were used. Peak areas of the cyclocondensation product (CCP) of the urine samples were quantitated by comparison to injections of known amounts of a CCP standard. Pre-dose urine DTC values are measured as nmol/mL, and post-dose DTC values are measured as μmol per 8 h and μmol per 16 h. A sum of the two values is created (μmol per 24 h), and conversion efficiency is reported as {the sum of SF and its DTC metabolites excreted in 24 h (in µmol) as measured by the cyclocondensation reaction divided by µmol per dose of GR}.

Analysis of data obtained from urine collections was prescreened for completeness. Values were censored from further analyses due to either: (a) unexpectedly high baseline (Subject 20, Pilot Phase), (b) apparent incomplete urine collection (i.e., suspiciously low urine volumes), (c) subject illness (Subject 12, PPI Phase), or (d) total 24-h excretions below 5% (Subjects 4, 5, 8, PPI Phase). All censored values not used in subsequent plots or calculations in Table 1 and Table S1, are flagged in red. All conversion values reported are presented on a molar equivalence basis (moles of GR, MW-436, to moles of SF, MW-177) adjusted based on actual µmoles of GR in the tablets given to each subject (see Section 2.2).
Bioavailability (conversion) data were compared between treatments using paired t-tests. A random intercept, linear mixed effect model was used to evaluate within-cluster and between-cluster covariate effects to determine whether there were any significant correlations between DTC excretion magnitude and BMI, stool frequency, age, race, or gender. Oneway ANOVA was used to assess significance of BMI and body weight on conversion.
Blood samples were (only) drawn at the onset of the study period, then following the two “pre-ppi”, and again following the two “on-ppi” doses. The biomarker values assessed in the PBMCs from the latter two blood draws were averaged and compared to those in the initial (pre-intervention) blood draw. This is reported in the legends to relevant figures as “means following single pre- and post-omeprazole delivery of an oral BSE dose containing GR and active myrosinase” for sake of brevity.
Principal component analysis (PCA) was performed on the gene biomarkers and set to three components based on eigenvalues and visual inspection of the scree plot. All statistical manipulations were performed on either Excel (Microsoft, Redmond, WA) or Stata versions 11.2 and 14.0 (StataCorp, College Station, TX, USA).

With these observations in mind, we conclude that bioavailability of SF from GR-rich BSE that also contain active myrosinase, is very similar whether they are given to healthy subjects with normal acid stomachs, or to subjects in whose stomachs acid production has been medically ablated. The intervention used in this study was orally delivered commercial supplements. These supplements were supplied both as uncoated (“non-acid-protected”) tablets, or identical tablets that had been enteric-coated with an acid-resistant outer layer to prevent dissolution or release of contents in the stomach. Our results suggest that although this treatment improved bioavailability by 28% when subjects had normal gastric acidity, and had no effect when subjects took a proton pump inhibitor, there were a substantial number of adverse events reflecting abdominal discomfort and indigestion associated with consumption of the coated tablets. There were negligible effects of a variety of anthropometric factors (e.g., age, sex, ethnicity, BMI, vegetable consumption, bowel movement frequency and quality, or concurrent medications) on conversion efficiency, and a marginally inverse correlation between body mass and conversion efficiency. Expression of genes associated with inflammation decreased non-significantly, and those associated with cytoprotection, detoxification, and antioxidant functions increased significantly with bioavailability. Thus, further study is indicated if a commercial supplement manufacturer should decide to produce such coated tablets for widespread use. Likewise, the study of chronic (e.g., daily) ingestion of these supplements would be expected to further elucidate pharmacodynamics effects that could only be suggested, based on the dosing regimen used in this study.

Unrestricted philanthropic donations made by the Lewis B. and Dorothy Cullman Foundation, and by Nutramax Laboratories Consumer Care, Inc., were used to fund this study.

The authors wish to thank all the study volunteers for their participation and interest in advancing scientific research. We also wish to thank collaborators in the clinic who assisted these efforts, including C Hendrix, E Zimmerman, and especially C Curtis.

J.W.F., K.L.W., K.K.S., A.A.P., H.L., E.F., W.D.H., and L.J.C. all declare no financial, personal, or scientific conflicts of interest. Nutramax Laboratories Consumer Care, Inc. provided the study supplement, and their scientists (BC, GC, SO) participated in a blinded analysis of some of the biomarkers after trial completion, on frozen samples, but they did not participate in the design, execution, or analysis of the study. 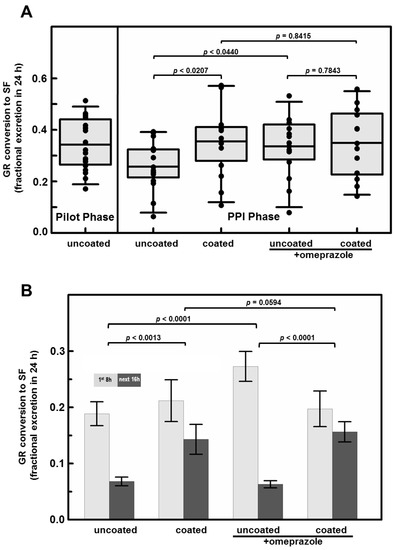 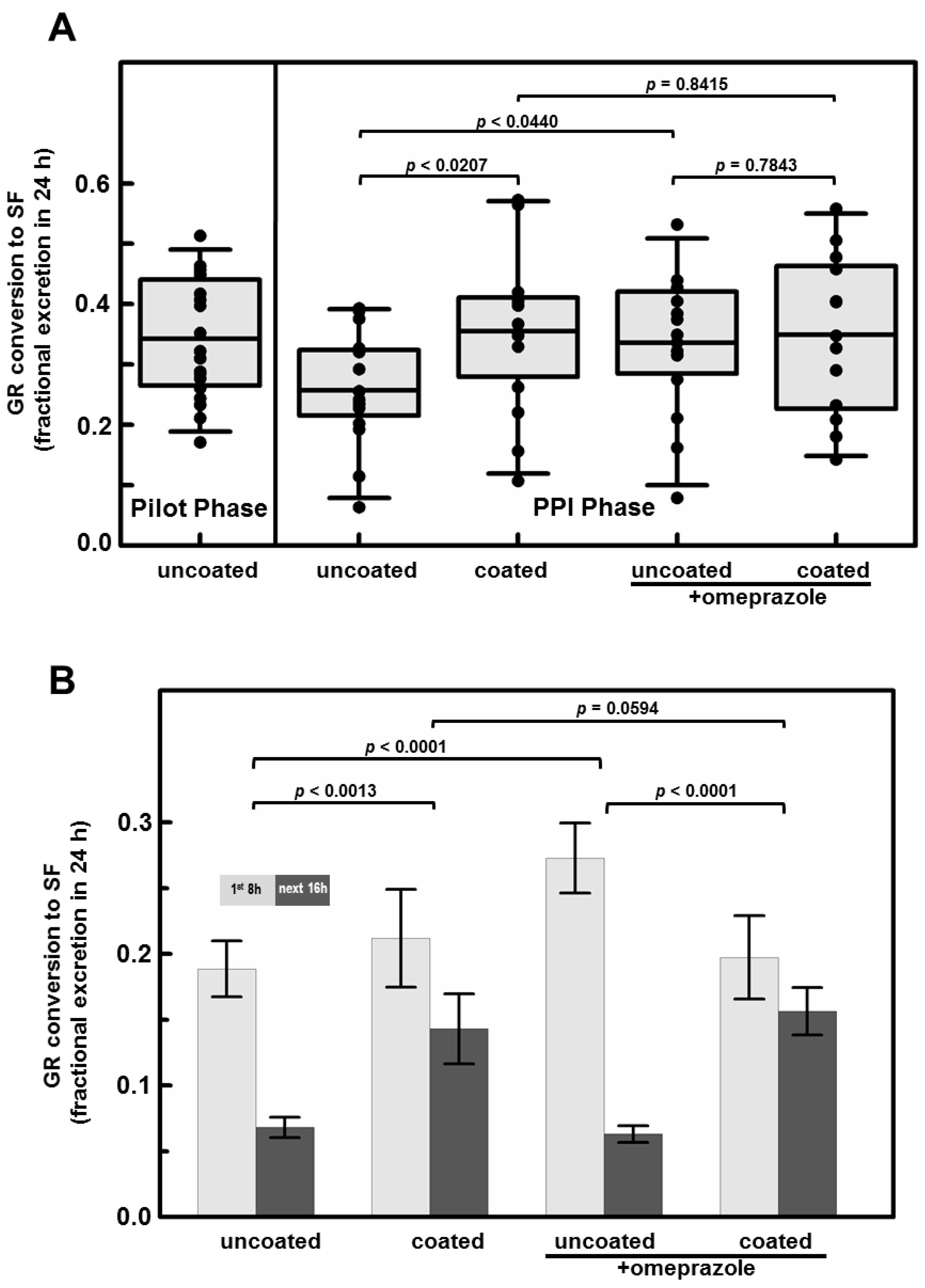 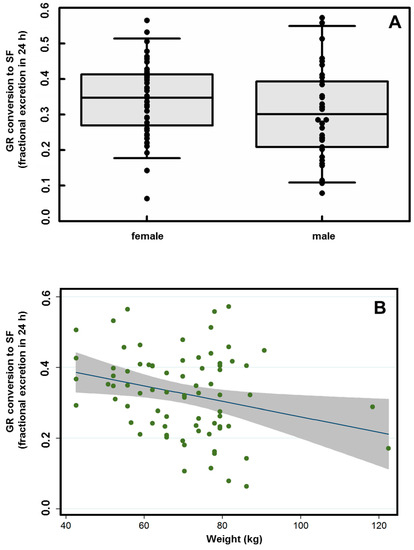 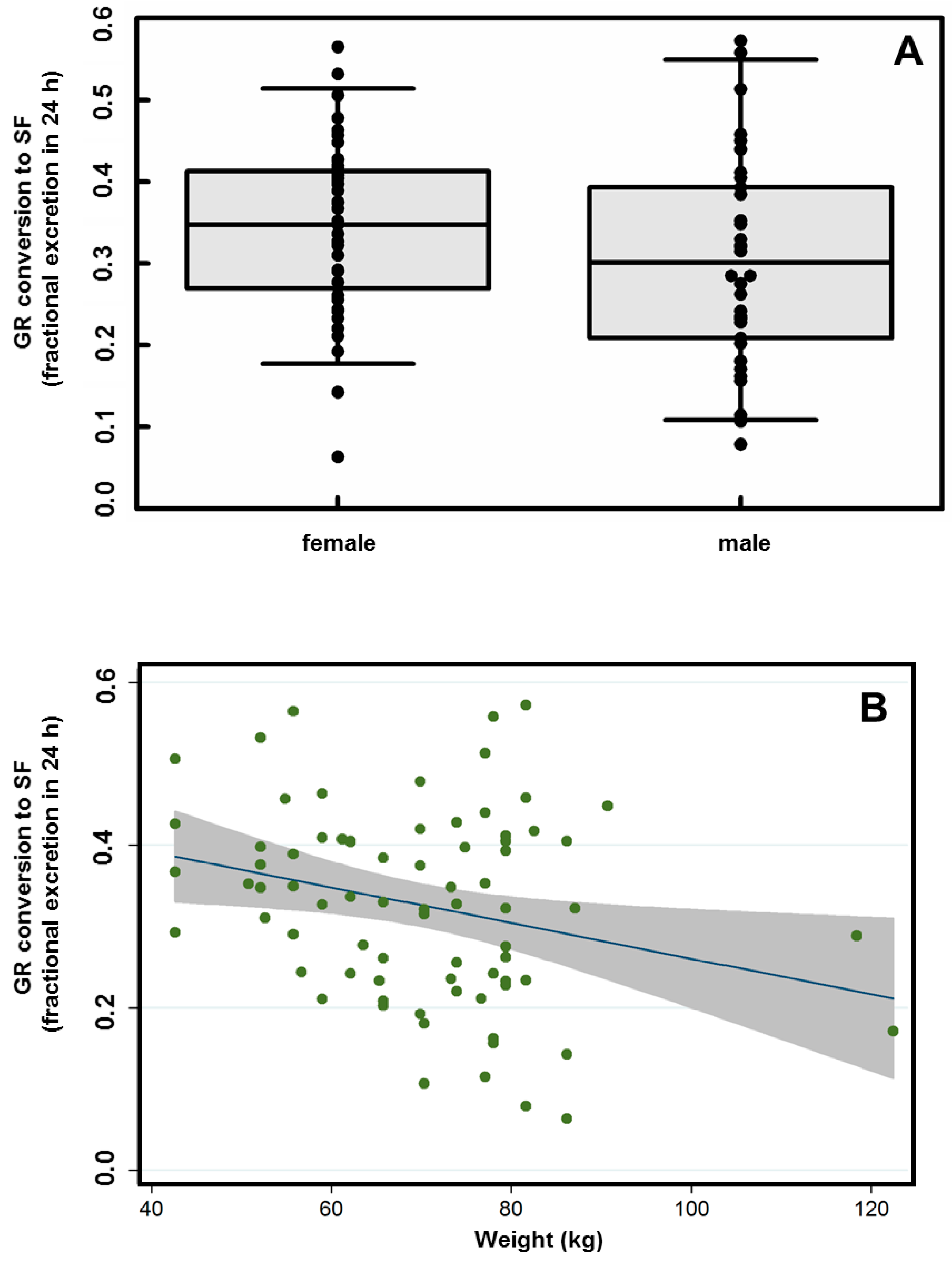 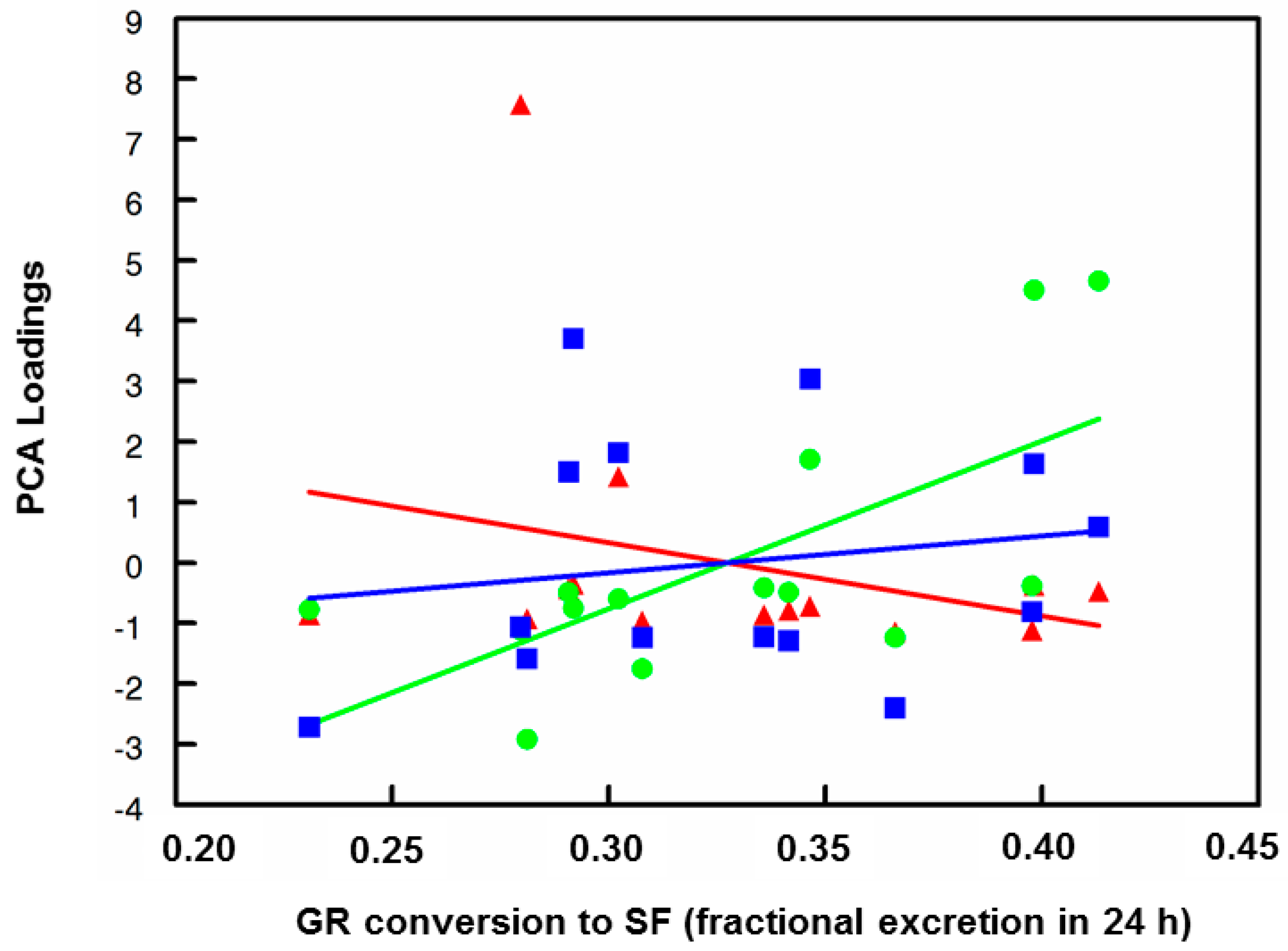 Table 2. Adverse events reported (PPI Phase).
Table 2. Adverse events reported (PPI Phase).
a One subject had a cold/fever, reported concurrent with dose 3. b One subject vomited following dose 4. This was relieved with sodium bicarbonate. c One subject reported abdominal pain ~2 h post dose 4 so bad that he was “lying on the bathroom floor.” Pain was ranked a 7 on a 1–10 scale and lasted about 1.5 h.
© 2019 by the authors. Licensee MDPI, Basel, Switzerland. This article is an open access article distributed under the terms and conditions of the Creative Commons Attribution (CC BY) license (http://creativecommons.org/licenses/by/4.0/).
We use cookies on our website to ensure you get the best experience. Read more about our cookies here.
Accept
We have just recently launched a new version of our website. Help us to further improve by taking part in this short 5 minute survey here. here.
Never show this again