Effects of Varying the Color, Aroma, Bitter, and Sweet Levels of a Grapefruit-Like Model Beverage on the Sensory Properties and Liking of the Consumer

Obesity is considered a major healthcare problem with worldwide obesity almost being tripled since 1975 [1]. Therefore, there is an increasing need for non-invasive therapies for weight management. Gastrointestinal (GI) hormones, such as cholecystokinin (CCK) and glucagon-like peptide-1 (GLP-1), have been shown to reduce food intake and hunger after intravenous administration [2,3,4]. Therefore, the GI-tract is an interesting target for non-invasive therapies to reduce food intake and induce satiety/satiation.
Intestinal macronutrient infusion decreases food intake and induces the release of CCK, GLP-1, and peptide YY (PYY) [5]. This mechanism is commonly referred to as intestinal- or ileal brake [6,7]. A recent review proposed a proximal to the distal gradient in the small intestine, where a more profound effect on food intake can be found after distal compared to proximal macronutrient infusion [8]. Previous studies have demonstrated that besides macronutrients, substances referred to as tastants are able to activate certain taste receptors in the GI-tract which are coupled to enteroendocrine cells (EEC), and can trigger the release of satiety hormones (i.e., CCK, GLP-1, and PYY) [9,10,11,12,13]. These taste receptors can be found throughout the entire GI-tract. Expression levels for the various taste receptor differ throughout the gut. Table 1 gives a simplified visual representation of the relative expression of taste receptors throughout the human gut based on current literature [14,15,16,17].
In a recent study, van Avesaat et al. have shown that duodenal infusion of a combination of sweet, bitter, and umami tastants significantly decreased ad libitum meal intake, whilst increasing satiety and decreasing hunger feelings. These effects were not accompanied by changes in systemic levels of GLP-1, PYY, and CCK [18]. Up to now, no data are available on the effect of activation of taste receptors in the more distal small intestine. Since one of the functions of taste receptors in the gut is to sense food being present in the lumen, it should be investigated whether the beforementioned proximal to distal gradient found for the intestinal brake is operative for taste receptor activation.
Therefore, in the present study, we compared the effects of intraduodenal infusion versus intraileal infusion of a combination of tastants (sweet, bitter, and umami) on ad libitum food intake, satiation, and GI-complaints in healthy subjects. Since sweet and umami taste are sensed by various subtypes of the taste receptor family 1 (TAS1R) and bitter taste is sensed by the taste receptor family 2 (TAS2R), the combination will activate a wide range of taste receptors. We hypothesized that infusing tastants at both infusion sites (duodenum and ileum) will decrease food intake and increase satiation to the greatest extent when compared with infusion of placebo or single port infusion. Infusing in solely the duodenum or the ileum will also decrease food intake and increase satiation when compared to placebo, albeit to a lesser degree than infusing at both infusion sites simultaneously. Furthermore, we expect intraileal delivery of tastants will decrease food intake and increase satiation to a greater extent when compared with intraduodenal delivery of tastants.

This study was approved by the Medical Ethics Committee of the Maastricht University Medical Center+ (MUMC+), Maastricht, The Netherlands, and performed in full accordance with the Declaration of Helsinki (latest amendment by the World Medic Association in 2013) and Dutch Regulations on Medical Research Involving Human Subjects (WMO, 1998). This study was registered in the US National Library of Medicine (http://www.clinicaltrials.gov, ID NCT03140930). All subjects gave written informed consent before screening.

Healthy men and women were recruited by local advertisements. Inclusion criteria were age between 18 and 65 years, a body mass index (BMI) between 18 and 25 kg/m2, with a stable weight over the past six months (<5% body weight change). Exclusion criteria were gastrointestinal complaints, history of chronic or severe disease, use of medication influencing endpoints within 14 days prior to testing, administration of investigational drugs which interfere with this study, major abdominal surgery, dieting, pregnancy or lactation, excessive alcohol consumption (>20 alcoholic consumptions per week), smoking, weight <60 kg, non-tasters of sweet, bitter or umami stimuli, evidence of monosodium glutamate (MSG)-hypersensitivity.
Prior to testing, screening was performed where abovementioned inclusion and exclusion criteria were checked, and a taste perception test was performed. Subjects tasted quinine (0.5 mmol/L), Reb A (50 mmol/L), MSG (50 mmol/L), and tap water blindly and had to indicate their sense of taste. Subjects had to identify each taste correctly in order to be eligible for the study. Furthermore, their length and weight were measured to calculate their BMI.
A sample size calculation was based on the difference in meal intake between duodenal infusion of a combination of tastants and duodenal infusion of placebo as reported by van Avesaat et al. [18]. Using a difference in means of 64 Kcal, a standard deviation of difference of 63, a power of 80%, and an alpha of 1.67%, a total number of 13 subjects were needed. An alpha of 1.67% was used to correct for multiple testing.

A 305 cm long silicon 9-lumen (8-lumen, 1 balloon inflation channel, the outer diameter of 3.5 mm) custom-made naso-ileal reusable catheter (Dentsleeve International, Mui Scientific, Mississauga, Canada) was used for intubation.
One day prior to the first test day, subjects arrived at 7:40 AM at the Maastricht University Medical Center+ (MUMC+) after an overnight fast. If preferred by the subject, local anesthesia of nasal mucosa using xylocaine (10% spray, AstraZeneca, Zoetermeer, The Netherlands) was applied. After placement of the catheter in the stomach, the catheter was guided through the pylorus and into the duodenum under intermittent fluoroscopic control. Progression of the catheter from duodenum to ileum was performed as described earlier [19]. Fluoroscopy was used to check the positioning of the catheter on the first and the last test day. Radio-opaque markers were added to the infusion ports on the catheter, which accounted for the determination of the catheter position. On all test days, intestinal fluid was sampled from various infusion ports, and pH was measured using pH strips (MColorpHast™, Merck, Darmstadt, Germany) in order to estimate the catheter positioning.

2.4. Preparation and Infusion of Tastants

The combination of three tastants was infused in the duodenum, the ileum, or both the duodenum and the ileum. In order to prevent side effects from occurring, 75% of acceptable daily intake (ADI) of these tastants was infused. 540 mg Rebaudioside A (Reb A, Stevija Natuurlijk, Drachten, The Netherlands), 75 mg Quinine (Arnold Suhr, Hilversum, The Netherlands), and 2 g Monosodium Glutamate (MSG, Ajinomoto, Hamburg, Germany) were dissolved in 120 mL tap water and was used as tastant mixture for infusion, as was done by van Avesaat et al. [18]. All tastants used were non-caloric and yielded no nutritional value. The placebo infusion consisted of 120 mL of tap water. A magnetic stirrer was used to dissolve the tastants. The mixture was infused over a 60-min period with an infusion rate of 2 mL/min. This was consistent with the infusion rate of van Avesaat et al. mimicking the slow influx from the stomach to duodenum and slow transit through the gut in the ileum.

On each test day, after an 8 h overnight fast, subjects arrived at 8:00 AM at the MUMC+. Subjects were instructed to consume the same habitual meal on the evening prior to testing. Hereafter, at t = 0 min, a standardized liquid breakfast meal (250 mL Goedemorgen drinkontbijt (Vifit); energy 145 Kcal per portion, 20.25 g carbohydrates, 8.5 g protein, and 2 g fat) was consumed. One hundred and fifty min (at t = 150 min) after breakfast consumption, a syringe containing the mixture for infusion was connected to the duodenal and ileal infusion port. The infusion was performed in 60 min at an infusion rate of 2 mL/min. Subjects received a standardized ad libitum lunch meal (Lasagna Bolognese (Plus supermarket); energy density per 100 g: 152 Kcal, 11 g carbohydrates, 7.1 g protein, and 8.6 g fat) fifteen min (at t = 225 min) after cessation of the infusion. The test meal was offered in excess and subjects were instructed to eat until they felt satiated.

2.6. VAS for Satiation and GI-Complaints

Feelings of satiation-/satiety feelings and GI-complaints (e.g., satiety, hunger, stomach pain, and nausea) were measured using visual analog scales (VAS, 0–100 mm) scores at various time points (t = −30, 30, 90, 150, 165, 180, 195, 210, and 240 min) during the day. Subjects were asked to indicate on a line, anchored at the low end with the lowest intensity feelings, with opposing terms at the high end, which place on the scale best reflected their feeling at that moment [20].

Data were analyzed using IBM SPSS statistics 24 (IBM Corporation, Armonk, NY, USA). A visual check of the normality of the data was performed. The primary outcome of this study was the amount of food intake in Kcal during an ad libitum lunch meal. Secondary outcomes were VAS scores for satiation-/satiety feelings and GI-complaints.
Age, BMI, and gender were calculated by descriptive statistics. Food intake in Kcal and area under the curve (AUC) for VAS scores were compared using a linear mixed model with intervention (DTIP, DPIT, and DTIT, and DPIP), test day and the interaction of intervention × test day as fixed factors. When no significant interaction was found, the interaction was removed from the model to get the best model fit.
For VAS scores, a linear mixed model that included abovementioned fixed factors with the addition of fixed factors time and time × treatment interaction was also performed.
Data are presented as mean ± standard error of the mean (SEM) (unless specified otherwise), and a p < 0.05 was considered statistically significant.

In total, 19 subjects met the inclusion and exclusion criteria. Two subjects dropped out due to discomfort induced by the naso-ileal catheter, two subjects dropped out due to incorrect position of the catheter on the first test day, and one subject was excluded after not properly following the instructions for the ad libitum meal on the first test day. Therefore, 14 healthy volunteers (11 female, age 25.6 ± 10.5 years, BMI 22.3 ± 1.7 kg/m2) completed the study protocol and were included in the analyses.

This study was an investigator-initiated study. Will Pharma B.V. received funding from ‘Subsidie MKB Innovatiestimulering Topsectoren’ (MIT), grant number MTHLA16192, and covered all relevant costs related to the execution of the study.

We thank all the volunteers for participating in this study.

The funders had no role in the design of the study; in the collection, analyses, or interpretation of data; in the writing of the manuscript or in the decision to publish the results. No specific grant was received for open access publication. T.K. received a salary from Will Pharma BV as part of the ‘Subsidie MKB Innovatiestimulering Topsectoren’ (MIT) for the period related to the execution of the present study. D.K. and A.A.M.M. have received an unrestricted grant from Will Pharma B.V. for execution of a study unrelated to the present study. A.M.E.A., M.v.A., F.J.T. reported no conflicts of interest. 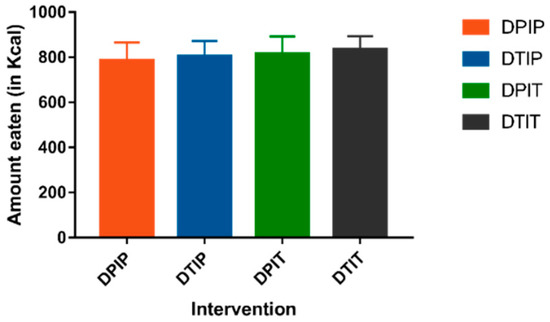 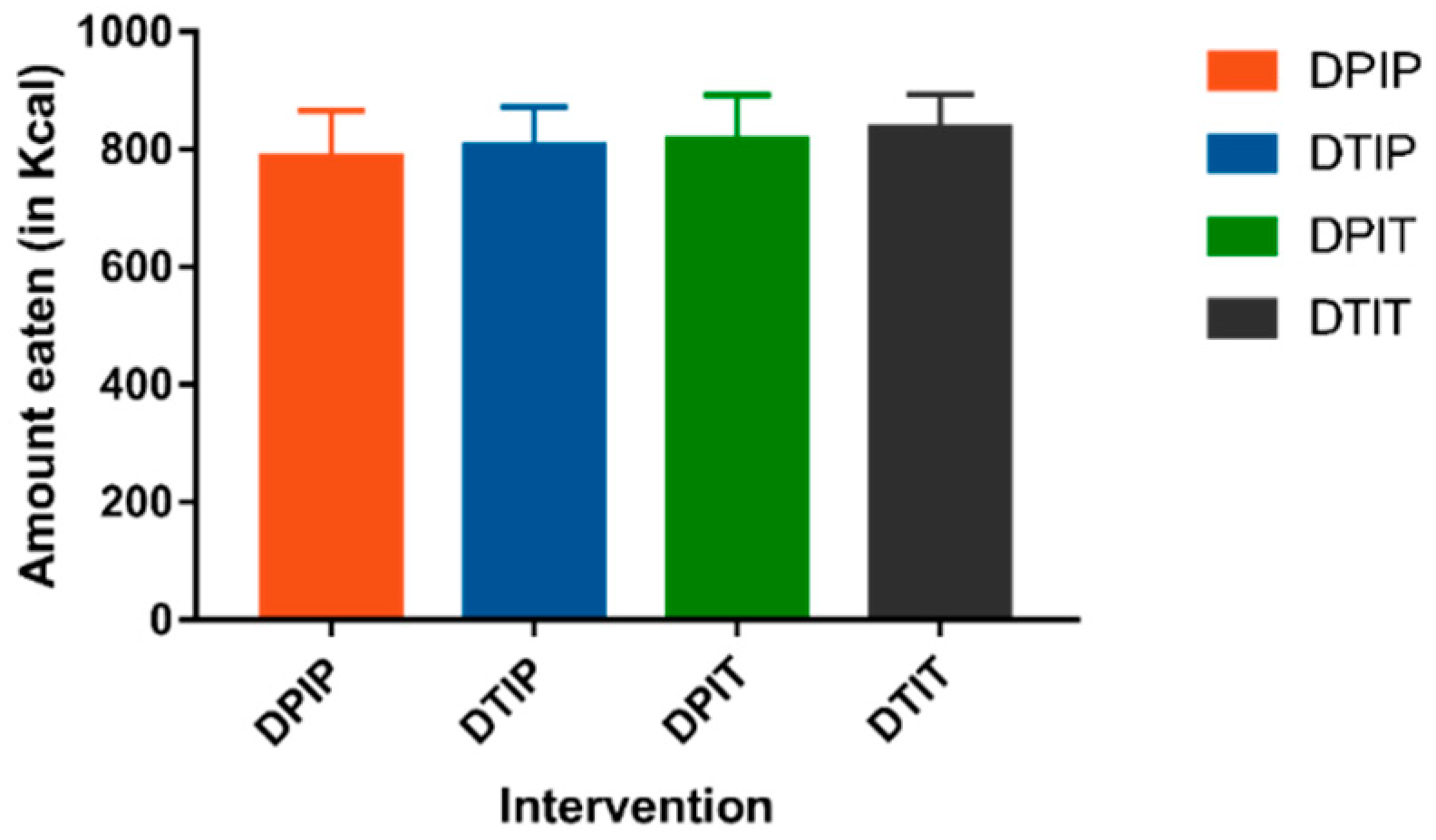 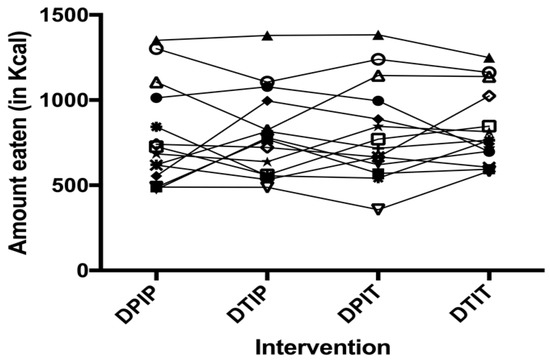 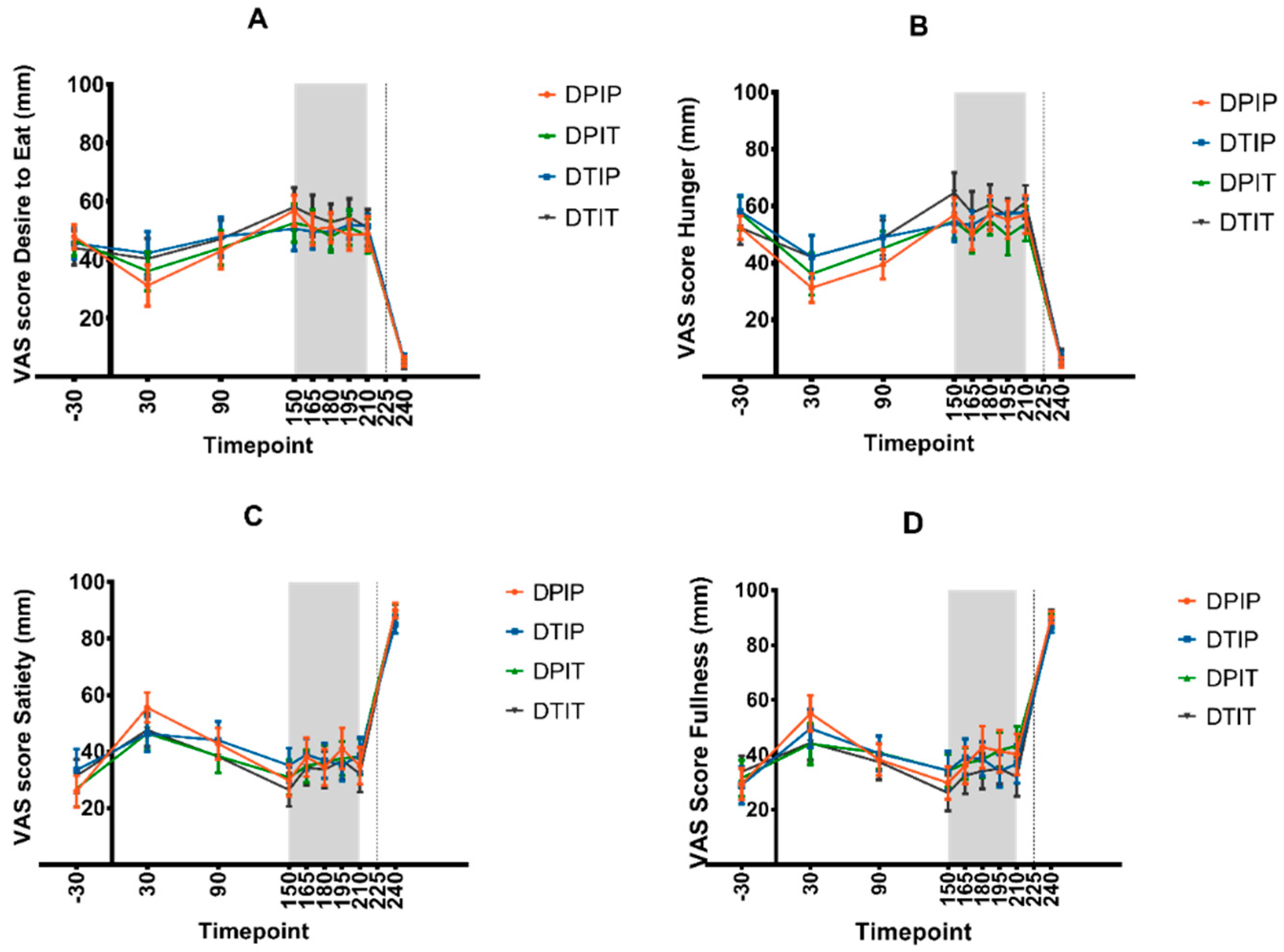