A Comparison of Dietary Protein Digestibility, Based on DIAAS Scoring, in Vegetarian and Non-Vegetarian Athletes

Vegetarian diets provide an abundance of nutrients when carefully planned. However, vegetarian diets may have lower protein quality compared to omnivorous diets, a reflection of less favorable amino acid profiles and bioavailability. Hence, the current recommended dietary allowance for protein may not be adequate for some vegetarian populations. The purpose of this study was to determine dietary protein quality using the DIAAS (Digestible Indispensable Amino Acid Score) method in vegetarian and omnivore endurance athletes. DIAAS scores reflect the true ileal digestibility of the indispensable amino acids that are present in food items, and these scores can be used to compute the available protein in diet plans. Thirty-eight omnivores and 22 vegetarians submitted seven-day food records that were analyzed for nutrient content, and DIAAS scores were computed by diet group. Average available protein (g) was compared along with participants’ lean body mass and strength (quantified using the peak torque of leg extension). DIAAS scores and available protein were higher for omnivorous versus vegetarian athletes (+11% and +43%, respectively, p < 0.05). Omnivorous participants had significantly higher lean body mass than vegetarian participants (+14%), and significant correlations existed between available protein and strength (r = 0.314) and available protein and lean body mass (r = 0.541). Based upon available protein, as determined through the DIAAS, vegetarian athletes in this study would need to consume, on average, an additional 10 g protein daily to reach the recommended intake for protein (1.2 g/kg/d). An additional 22 g protein daily would be needed to achieve an intake of 1.4 g/kg/d, the upper end of the recommended intake range.
Keywords: vegetarian; protein; lean mass; athlete; endurance; strength vegetarian; protein; lean mass; athlete; endurance; strength

Approximately 4% of Americans follow a vegetarian diet [1]. Different forms of vegetarianism exist, and some diets may be stricter than others. Pescatarians avoid all meat and poultry besides fish and other seafood, lacto-ovo vegetarians avoid all flesh products, and vegans avoid all animal products including all forms of flesh, dairy and eggs [2]. People may choose not to eat meat for ethical reasons, out of concern for the environment, due to religious beliefs, for potential health benefits, or for a combination of reasons [3,4].
Vegetarian diets can often be more healthy and nutrient-rich than omnivorous diets [5] and, as such, are associated with healthy outcomes, including a lower incidence of heart disease and total cancers, a decreased risk for all-cause mortality, and fewer incidences of metabolic syndrome and diabetes [6,7,8]. These diets may be abundant in fiber and antioxidants, but they may also lack appropriate amounts of iron and other minerals if not planned correctly [9]. The only recommended dietary allowance (RDA) that is different for vegetarians versus omnivores is iron: the Dietary Reference Intakes report, which includes RDAs, suggests that vegetarians should consume 1.8 times more iron than the RDA [10]. This recommendation is crucial because vegetarian sources of iron are less bioavailable. Non-heme iron, generally derived from plant sources, can have an absorption rate as low as 2%, whereas heme iron from animals has absorption rates of about 25% [11]. Other nutrients may also be a cause for concern when avoiding animal foods, and experts recommend the supplementation not only of iron but also of calcium and B-12 for vegans [12,13,14].
Dietary protein may represent similar considerations for plant-based eaters. The current RDA does not differentiate between omnivores and any type of plant-based eater: It remains set at 0.8 g of protein per kg body weight for all adults [15]. This recommendation assumes that plant-based eaters consume at least half of their protein from animal sources [15]; however, this might not be the case for stricter vegetarians and vegans [15]. Some research, for example, has suggested that vegetarians consume as little as 21% of their protein from animal sources [16]. Given the potential for lower animal-based protein intake and higher plant-based protein intake, vegetarians may consume proteins with generally lower digestibility and quality than animal proteins, both of which can be hampered by anti-nutritional factors or an imbalance of amino acids [16]. Additionally, an inadequate intake of specific amino acids may limit protein synthesis in the body [5,17,18]. Specifically, l-leucine appears to play a particularly strong stimulatory role for triggering muscle protein synthesis [19,20], and animal protein typically is higher in leucine than plant protein.
Protein quality and quantity are important issues for athletes in particular, and meeting protein needs can be even more challenging among athletes who are vegetarian or vegan. For example, some recommendations suggest that endurance athletes consume approximately 0.4–0.6 g of protein per kilogram of body weight over the RDA, and athletes participating in sports emphasizing strength and power may require as much as 2.0 g per kilogram of body weight, according to the American College of Sports Medicine and the Academy of Nutrition and Dietetics [21,22]. Endurance athletes also benefit from an increased protein intake compared to the RDA due to their increased protein turnover rates and, potentially, some amino acid oxidation during endurance exercises. Though these recommended levels of protein intake may meet the needs of omnivorous athletes, plant sources may not be as effective as animal sources in contributing to anabolic processes in the body [23]. Research in this area is therefore important for athletes who would like to reduce or eliminate animal products from their diets and still optimize performance.
The purpose of this cross-sectional study was to analyze dietary protein availability using the DIAAS (Digestible Indispensable Amino Acid Score) method and to relate available protein to muscle mass and strength in both vegetarian and omnivorous endurance athletes. DIAAS scores reflect the true ileal digestibility of the indispensable amino acids that are present within individual food items and can be used to compute the available protein in diet plans [24]. It was hypothesized that available dietary protein would be significantly higher among omnivorous athletes compared to vegetarian athletes, that lean body mass (LBM) would be significantly higher in omnivorous athletes compared to vegetarian athletes, that LBM would be significantly correlated to strength, and that available protein would be significantly correlated to LBM and strength.

This cross-sectional study represented a secondary analysis that used data extracted from a study that examined the adequacy of vegetarian diets for supporting sport performance [25]. Participants were competitive endurance athletes (35 vegetarians and 35 omnivores by self-report). Based on responses to questions regarding diet during screening, eight of the vegetarian participants were reclassified as omnivore due to occasional meat consumption. Sixty of the athletes submitted food records, and the data analyses herein represent 22 vegetarians and 38 omnivores. Note, the present sample includes data from three additional omnivore participants, as the original report had 35 omnivore participants (see reference [25]). Participants were healthy by self-report and free of injury. All participants provided written consent, and the study was approved by the Institutional Review Board at Arizona State University (HS1211008557). Recruitment and all data collection occurred between August and November of 2015.
Participants were instructed to record all foods, drinks, and supplements for seven consecutive days. Logs were designed to be as detailed as possible; participants were encouraged to include brand names and portion sizes when applicable. Participants were asked to maintain typical dietary patterns during this recording period. All recorded food items were entered and analyzed using Food Processor 10.11.0 [ESHA Research, Salem, OR, USA] by a dietetics graduate student. A default food list was used during analysis when detail was lacking in the food records or when given items were not available in the Food Processor database.
Data from Food Processor were entered into a DIAAS calculation spreadsheet that encompassed a limited list of food categories derived from the report of the 2011 Food and Agriculture Organization Expert subcommittee [26]. Foods were sorted into the most applicable category using a standard protocol. The DIAAS spreadsheet included several forms of dairy, eggs, meat, grains, beans, legumes, nuts, and seeds. Two types of protein powder were included: whey protein concentrate and soy protein isolate. Fruits, vegetables, sugars, and oils were not included due to their minimal protein contribution. All seven days of food were entered into the DIAAS spreadsheet. Three subjects were missing 1 of 7 daily records, and an additional subject turned in 4 of 7 daily records, but their data remained in the analyses. Four indispensable amino acids, the most common limiting amino acids among plant foods, were included in the calculation spreadsheet: lysine, sulfur amino acids [SAA = methionine + cysteine], threonine, and tryptophan (see Appendix A Table A1 and Reference [24]). All animal flesh foods [meat, poultry, and seafood] were assumed to have 100% digestibility [27] (see Appendix A Table A2). The digestibility score was calculated for daily diets using DIAAS formulas for the common food items, and the 7-day DIAAS average was calculated. Available protein values were calculated by applying digestibility percent to the averaged total protein intake.
Dual-energy X-ray absorptiometry (DEXA; Lunar iDXA, General Electric Company, East Cleveland, OH, USA) was used to determine body fat percentage and LBM. Strength was measured by assessing peak torque on an isokinetic dynamometer (Computer Sports Medicine, Inc., Stoughton, MA, USA) for leg extension, as described previously [25]. Three maximal effort repetitions were performed at three different speeds of 60, 180, and 240 degrees per second, and data are reported in Newton-meters (Nm).
Data are means ± the standard deviation (SD). SPSS 22.0 (SPSS Inc., Chicago, IL, USA) was used to perform all statistical analyses. Data were tested for normal distribution (Kolmogorov–Smirnov test); abnormally distributed data were log-transformed to achieve normal distribution. No outliers were identified (computed as 3 SD from the mean). Pearson correlations were used to evaluate relationships between digestible protein intake, lean body mass, and strength. A univariate analysis was used to evaluate differences between groups. p values of <0.05 were considered significant.

Participants were classified as triathletes (n = 27), runners (n = 23) or cyclists (n = 10). There were no significant differences in strength or LBM between athlete groups (data not shown; see reference [25]). When categorized by diet, age did not vary between vegetarians and omnivores; however, body weight and body mass index (BMI) were significantly higher for omnivores versus vegetarians (Table 1). These differences were retained after controlling for gender (p < 0.001). Total energy, total fat, and saturated fat intake did not differ between groups, and carbohydrate intake was significantly higher for vegetarian participants (Table 1). Total protein intake, the DIAAS score, and available protein (g and g/kg) were significantly higher for omnivore participants versus vegetarian participants (+29%, +11%, +43%, and +27%, respectively).
LBM differed significantly between the omnivore and vegetarian groups (p = 0.011). Though not a statistically significant difference, strength tended to be greater for the omnivore group compared to the vegetarian group (+19%, p = 0.074; Table 1). After controlling for gender, the difference in LBM between groups was more distinct (p = 0.004); however, the difference in strength between groups was attenuated (p = 0.106). Lean body mass and strength were directly correlated (p < 0.001), and available protein intake was significantly correlated to both lean body mass (p < 0.001) and strength (p = 0.016) (Figure 1).

This study was supported by a grant through the Graduate and Professional Student Association (GPSA) at Arizona State University. 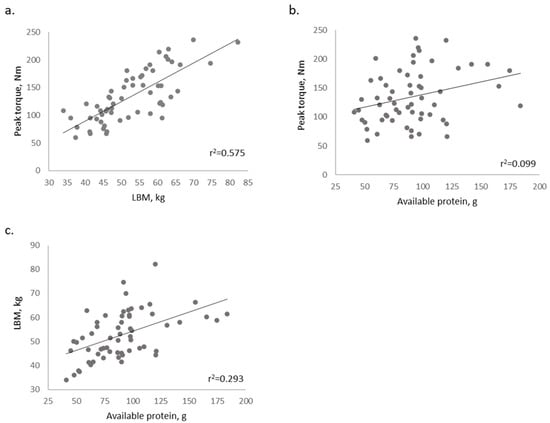 Table 1. Participant characteristics, dietary intake, and strength *.
Table 1. Participant characteristics, dietary intake, and strength *.
* Data are means ± SD; p value for univariate test; ** n = 21 for vegetarian due to missing data; Nm, Newton-meters.
© 2019 by the authors. Licensee MDPI, Basel, Switzerland. This article is an open access article distributed under the terms and conditions of the Creative Commons Attribution (CC BY) license (http://creativecommons.org/licenses/by/4.0/).
We use cookies on our website to ensure you get the best experience. Read more about our cookies here.
Accept
We have just recently launched a new version of our website. Help us to further improve by taking part in this short 5 minute survey here. here.
Never show this again