Satiety Factors Oleoylethanolamide, Stearoylethanolamide, and Palmitoylethanolamide in Mother’s Milk Are Strongly Associated with Infant Weight at Four Months of Age—Data from the Odense Child Cohort
Next Article in Special Issue

Gluten-Free Diet and Its ‘Cousins’ in Irritable Bowel Syndrome

Possible Prevention of Diabetes with a Gluten-Free Diet 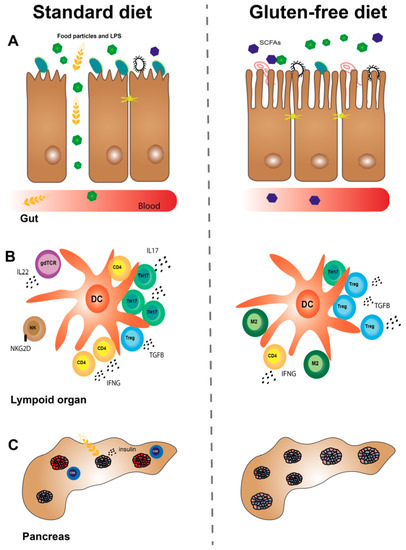